Joe Biden will accept the Democratic nomination for president during a speech in his home state of Delaware and skip the party’s convention in Milwaukee because of the coronavirus pandemic.

‘The mayor has put in place a 225 person limit on people assembling in any one place. I think it’s the right thing to do. I’ve wanted to set an example as to how we should respond individually to this crisis,’ he told a virtual fundraiser on Wednesday afternoon.

‘I think it’s going to be an exciting convention,’ he added.

It’s not just Biden but other scheduled speakers, who included Biden’s yet-to-be announced running mate, and Barack and Michelle Obama amid others, will also no longer travel to Milwaukee to address the party faithful, the Democratic National Committee announced on Wednesday.

The party cited advice from health officials as the reason behind their decision. 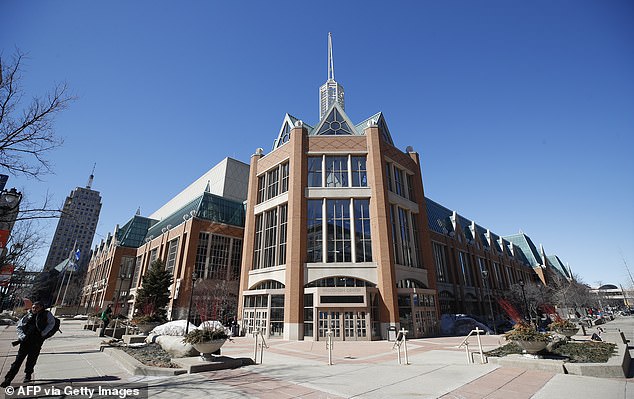 Earlier this summer, Democrats announced plans for a scaled back convention, including moving the location to the smaller Wisconsin Center and advising delegates to stay home

‘From the very beginning of this pandemic, we put the health and safety of the American people first,’ DNC chair Tom Perez said in a statement.

‘That’s the kind of steady and responsible leadership America deserves. And that’s the leadership Joe Biden will bring to the White House,’ he added.

Wisconsin officials are still expected to speak from the Milwaukee site but no major addresses will happen there, in a blow to the city.

It could also be a blow to Democratic chances of winning the state. Donald Trump unexpectedly won the state by less than 1 per cent in the 2016 election after Hillary Clinton didn’t campaign there.

Biden will formally accept the Democratic nomination on Thursday, August 20th, in Wilmington but no other details have been announced. Traditionally, the acceptance speech is the equivalent of a coronation for the party’s new leader with music, a balloon drop and thousands of cheering delegates.

The Democratic National Convention is scheduled to begin on Monday, August 17 after being pushed back from its original July date because of the virus.

Democratic officials were in the process of planning a virtual gathering but had insisted Biden would travel to Wisconsin to formally accept the party’s nomination.

In June, plans for a scaled back gathering were announced: state delegates were told not to come to Milwaukee because of the virus, the location was changed to the much smaller Wisconsin Center venue and the party added satellite events around the country. 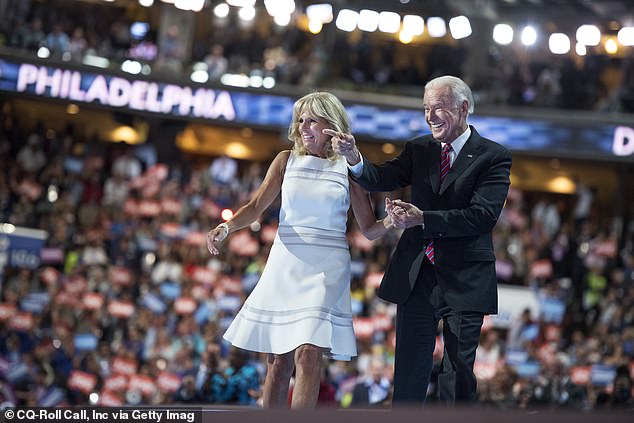 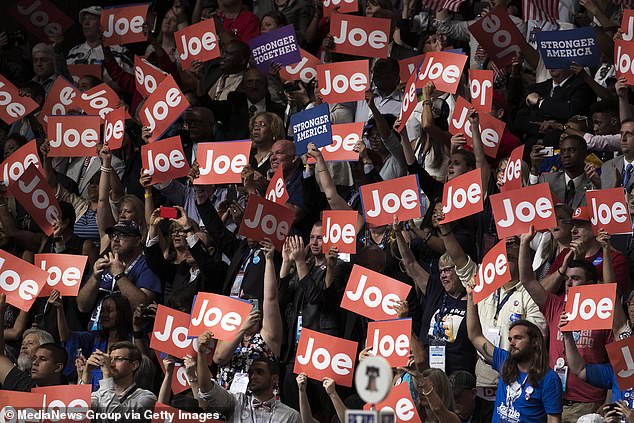 Coronavirus deaths across the United States have increased by 36 percent this week with states in the Sunbelt and Midwest seeing the largest weekly spikes.

Democrats aren’t the only one changes their convention plans.

Republicans scrapped holding the main part of their convention in Jacksonville, Florida, after that state saw a spike in coronavirus cases.

President Donald Trump is now weighing giving his acceptance speech from the South Lawn of the White House.