Biden, long considered the Democratic frontrunner, decided against sticking around in the Granite State, with some polls suggesting he could come in fifth place.

His campaign announced mid-morning Tuesday that he would address supporters ‘via livestream’ from a South Carolina Launch party with surrogate Cedric Richmond, a congressman from the state, which was only added to the former vice preisdent’s schedule Monday.

A flight tracker shows the trajectory of former Vice President Joe Biden’s jet – leaving Manchester, New Hampshire and touching down in Columbia, South Carolina before voting was over Tuesday night in the Granite State 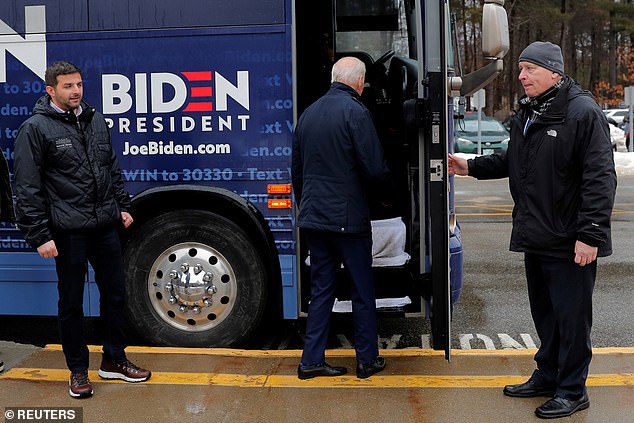 BYE BYE BIDEN: Vice President Joe Biden didn’t hang around for the New Hampshire results, hightailing it to South Carolina where he’s expected to do better 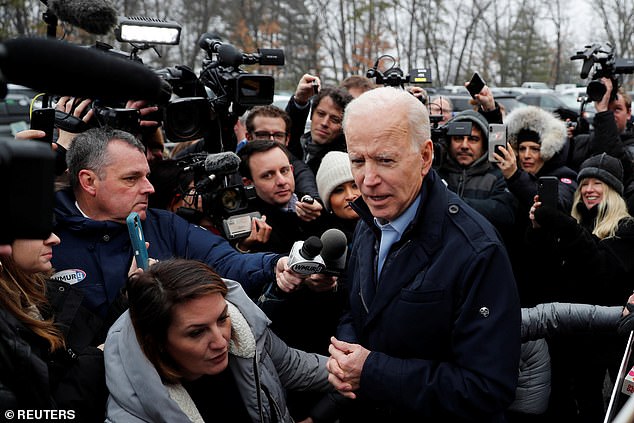 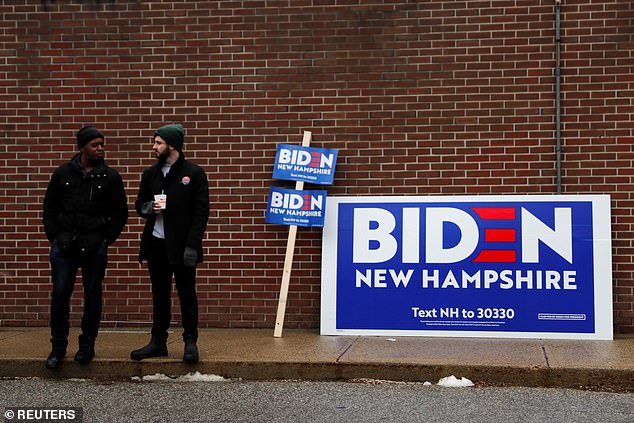 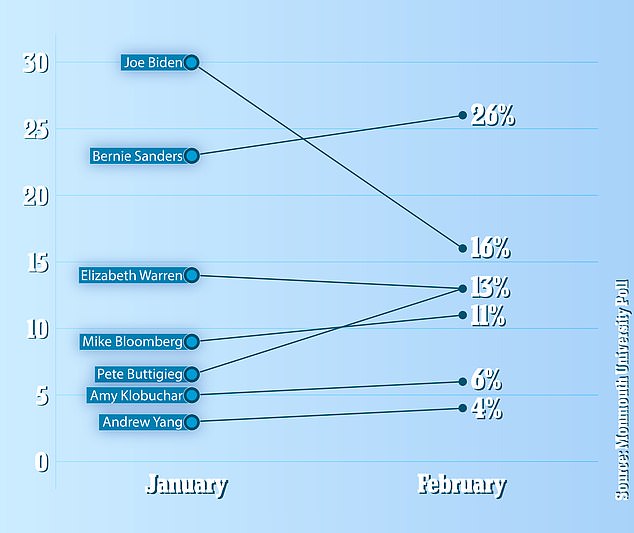 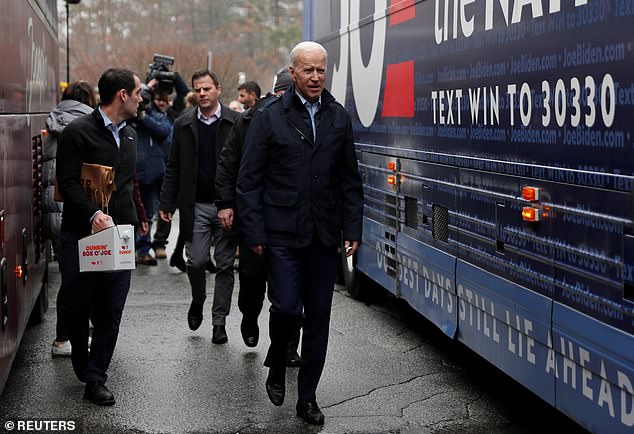 The vice president was on the ground at polling locations Tuesday morning in New Hampshire, before his planned departure to South Carolina 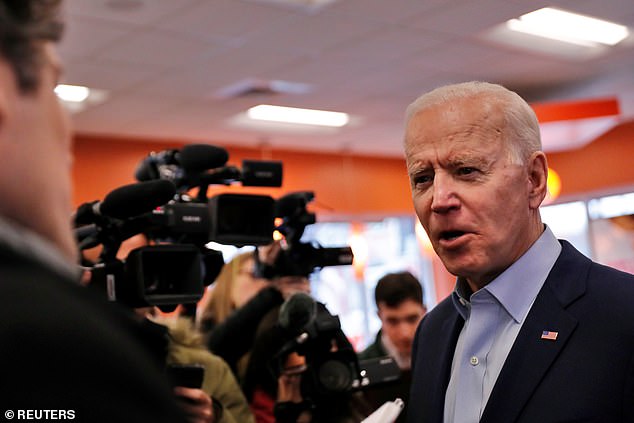 Vice President Joe Biden, captured talking to reporters Tuesday morning, has downplayed the important of New Hampshire’s primary, as the voters in New Hampshire and Iowa are primarily white 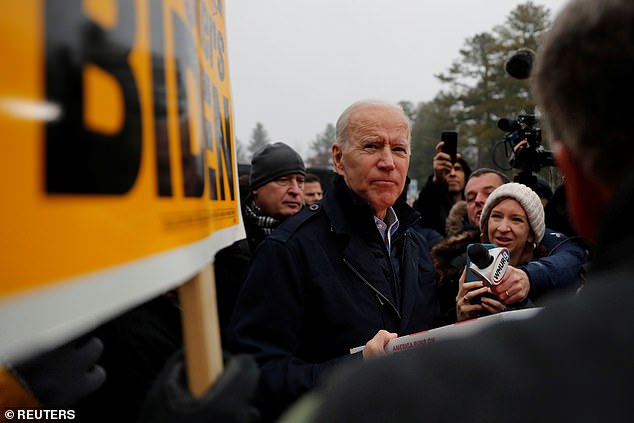 The vice president is now losing to Sen. Bernie Sanders in two national surveys and he’s tied for fourth place in New Hampshire, according to the Real Clear Politics polling average

The announcement that Biden would skip his planned event in Nashua, New Hampshire came minutes after the release of another national poll that showed Sen. Bernie Sanders had pulled ahead, now leading the Democratic pack by 10 points.

Biden, on the other hand, is in second with his support practically cut in half. Last month, before his fourth place showing in the Iowa caucuses, he was receiving support from 30 per cent of Democrats and Democratic-leaning independents, according to the Monmouth University Poll.

Sanders, who’s likely to win the Granite State primary – as he’s topped every poll but one conducted this month and benefits from next-door-neighbor status – is now 10 points ahead of the former vice president nationally.

He’s at 26 per cent support, according to the Monmouth survey.

Last month, Sanders was the pick of 23 per cent of the party.

Former South Bend Mayor Pete Buttigieg got a sizable bump coming out of Iowa – where he won the caucuses by the traditional delegate measure, while Sanders snagged the popular vote.

In January, Buttigieg sat at 6 per cent nationally, now he’s at 13 per cent.

Even before his decision to leave the state on primary night, Biden has been downplaying the importance of New Hampshire.

He’s suggested he’ll likely get thumped by not only Sanders but Warren, who like Sanders represents a neighboring state.

‘You’re always behind the eight ball when you’re running in New Hampshire and you have two people from the neighboring states,’ he said Monday on CBS ‘This Morning.’

And he argued that Iowa and New Hampshire don’t matter that much, since the voters in the states don’t represent the Democratic party’s racial make-up.

‘Nothing’s going to happen until we get down to a place and around the country where there’s much more diversity,’ Biden said, alluding to South Carolina – where he’s heading for New Hampshire primary night – and Nevada, the state that caucuses next.

‘It goes back to the long relationship he has with the African-American community,’ she explained.

But a national poll out Monday from Quinnipiac – the first poll ever to show Sanders ahead of Biden nationwide – showed an erosion of support for Biden among black voters as well.

In December, Biden was the choice of 51 per cent of black voters, by February that number moved down to 27 per cent.