Florida Democrats have expressed concern about Karen Bass as Joe Biden’s potential Vice President after being asked about the California Congresswoman’s response to Fidel Castro’s death in 2016.

‘As Cuba begins nine days of mourning, I wish to express my condolences to the Cuban people and the family of Fidel Castro,’ Bass partially stated in four years ago in November. ‘The passing of the Comandante en Jefe is a great loss to the people of Cuba.

This week the Miami state Rep. Javier Fernandez called the comment, where Bass referred to Castro as ‘commander-in-chief’ in Spanish, ‘troubling’, while US Rep Donna Shalala said she ‘disagrees’ with the comment about Castro, who served as president from 2008 to 2018. 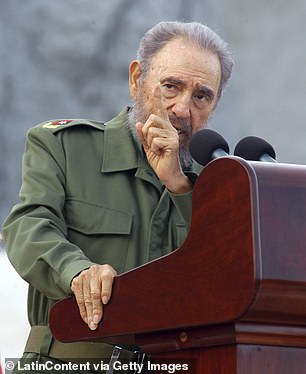 In November 2016 Karen Bass said in a statement: ‘The passing of the Comandante en Jefe is a great loss to the people of Cuba.’ Fidel Castro is pictured right 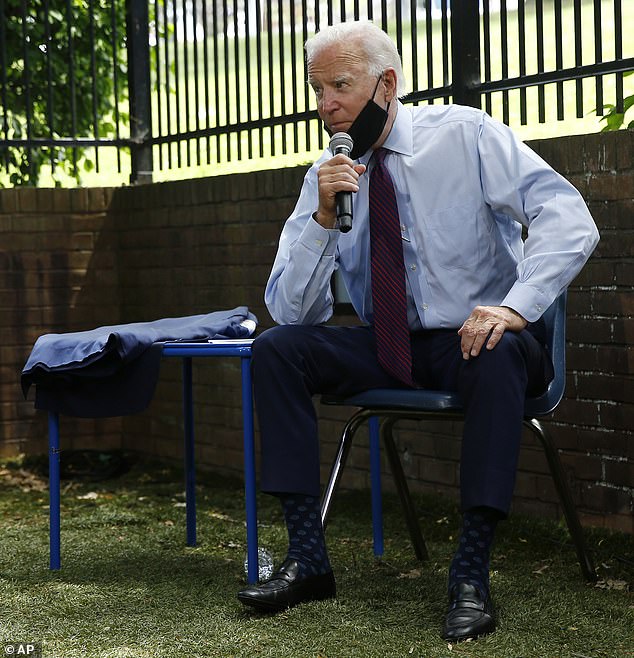 The Florida Democrats were asked to comment amid closer scrutiny on the head of the Black Caucus after it was recently reported she is being considered as a running mate for Biden.

During debates with Bernie Sanders, Biden said he planned to select a female VP candidate and as Amy Klobuchar (D-Minn.) withdrew from the race to be his running mate last week, she urged him to pick a of color.

‘I disagree with the Congresswoman’s comments on Cuba. I invite people to come to Miami where we can educate them on the tyrannical dictatorship that has decimated Cuba for 60 years,’ US Rep Donna Shalala, told Politico.

‘The comments are troubling,’ Miami state Rep. Javier Fernandez told the outlet. ‘It shows a lack of understanding about what the Castro regime was about. So I have to learn more about her position and perspective on Fidel Castro.

‘Praise like the one that was given by Bass at the time of Castro’s death is inconsistent with my family’s experience with what the regime did — and continues to do — to people on the island, which is to suppress human rights, keep people under a totalitarian thumb and stifle economic growth.’

Other parts of Bass’ statement on Castro were not a far departure from what President Barack Obama and US Secretary John Kerry as they tried to strengthen relations between the US and Cuba.

Bass continued in her 2016 statement: ‘I hope together, our two nations will continue on the new path of support and collaboration with one another, and continue in the new direction of diplomacy.’

Obama said in part: ‘Today, we offer condolences to Fidel Castro’s family, and our thoughts and prayers are with the Cuban people. In the days ahead, they will recall the past and also look to the future. As they do, the Cuban people must know that they have a friend and partner in the United States of America.’

Kerry’s statement included: ‘We extend our condolences to the Cuban people today as they mourn the passing of Fidel Castro. Over more than half a century, he played an outsized role in their lives, and he influenced the direction of regional, even global affairs…’

Former 2020 Candidate Bernie Sanders came under fire in February when he defended his 1985 comments about Casto.

He told 60 Minutes that while ‘we’re very opposed to the authoritarian nature of Cuba… it’s unfair to simply say everything is bad.’

‘When Castro came into office, you know what he did? He had a massive literacy program,’ he told Anderson Cooper during the interview. ‘Is that a bad thing, even though Fidel Castro did it?’