Joe Jonas celebrated Valentine’s Day by sharing a never-before-seen photo of his wife, Sophie Turner, to his Twitter account.

The picture showed the 24-year-old actress relaxing on a couch at an unspecified date during her pregnancy.

The 31-year-old musician also wrote a short message in the post’s caption and referenced today’s holiday, as he told his followers, ‘Happy Valentine’s Day to my 2 Valentines.’

Back in the day: On Sunday, Joe Jonas posted a throwback snap that had been taken during the pregnancy of his wife Sophie Turner to celebrate Valentine’s Day

In the photo, the Game Of Thrones actress was seen wearing a grey semi-zip sweater that was pulled up to reveal her then-growing baby bump.

She contrasted her top with a pair of black sweat pants and matching slippers; the actress’ gorgeous blonde hair hung loose and fell behind her head in the snap.

Jonas and Turner began dating after connecting for the first time in 2016; the musician made the first move by sending her messages through Instagram. 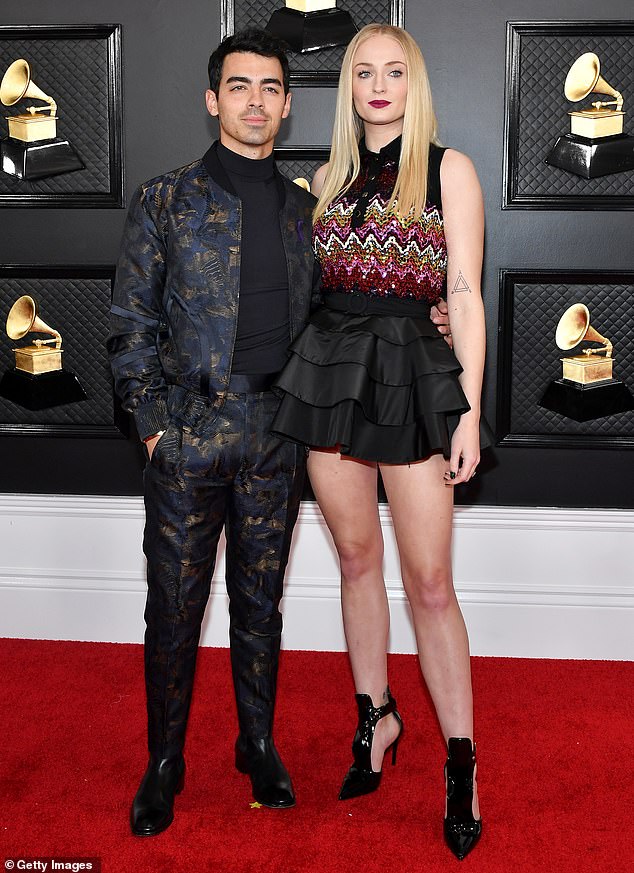 Sticking together: The couple began dating in 2016 after Jonas sent Turner a message through Instagram; the two are pictured at the 62nd Annual GRAMMY Awards in 2020 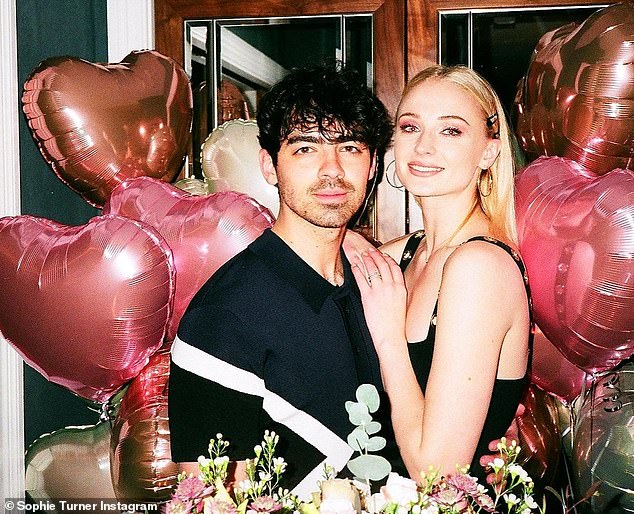 Not the first: The musician was previously romantically involved with singer Taylor Swift and model Gigi Hadid

After approximately a year of dating, the couple announced their engagement in October of 2017.

Two years later, Jonas and Turner tied the knot during a small wedding in Las Vegas, which was attended by a few of the couple’s close friends, as well as an Elvis impersonator.

The pair would go on to have a more formal ceremony in June of 2019, which was hosted at a picturesque location in the southern part of France.

In February of last year, the couple announced that they would be starting their family with the future arrival of their child. 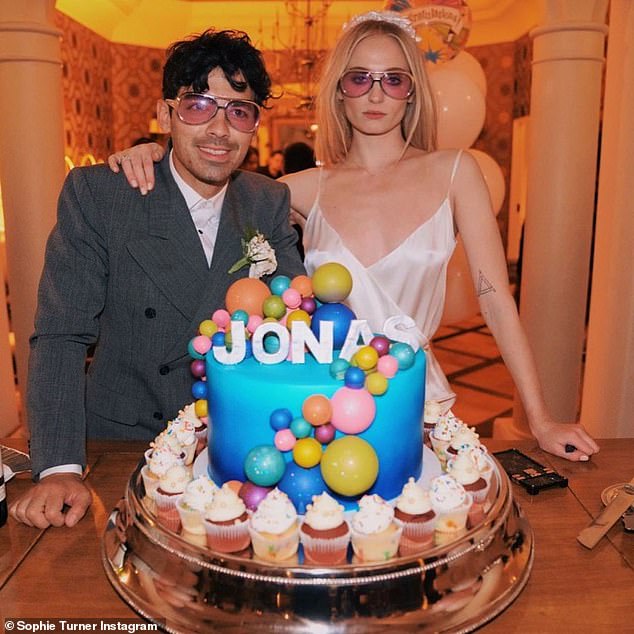 Getting hitched: The couple hosted a small wedding in Las Vegas for a few of their closest friends; they later had a larger ceremony in the south of France

After months of waiting, the pair finally announced that they had welcomed a baby girl named Willa, aged six months.

Not long after Turner gave birth to her daughter, a source spoke to Hollywood Life about the couple’s experience raising their child.

The insider noted that the actress ‘has adjusted to motherhood wonderfully and she is loving every moment of it. She has always had this really chill vibe about her and that really hasn’t changed since giving birth.’

‘She has such a calm demeanor about her and has taken on this new chapter like a pro,’ the source added. 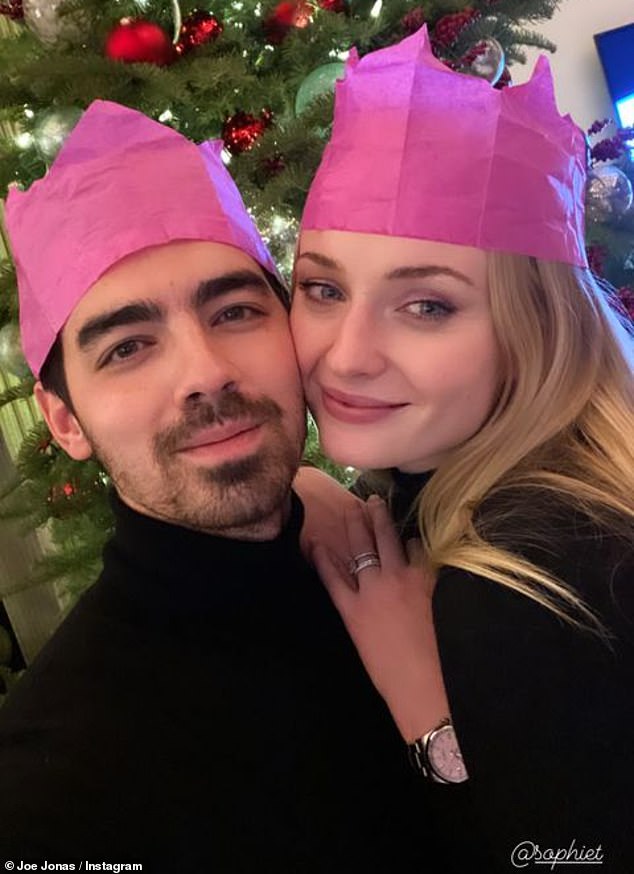 Starting a family: In February of 2020, Jonas and Turner announced that they were expecting to welcome a child in the near future

Jonas’ approach to parenting was also commented on, and the insider noted that he was more than happy to take on the challenge of raising a child.

‘Joe has been a total hands on dad the entire way. He’s more than a support system, he’s an equal partner and they make a great team,’ they stated.

A separate insider expressed that the couple was enjoying the cooperation that comes with being new parents.

‘The best part is that they are a team on everything, and they really make it all fun. Even being up in the middle of the night together is fun…this really is the best thing to ever happen to them,’ the source remarked. 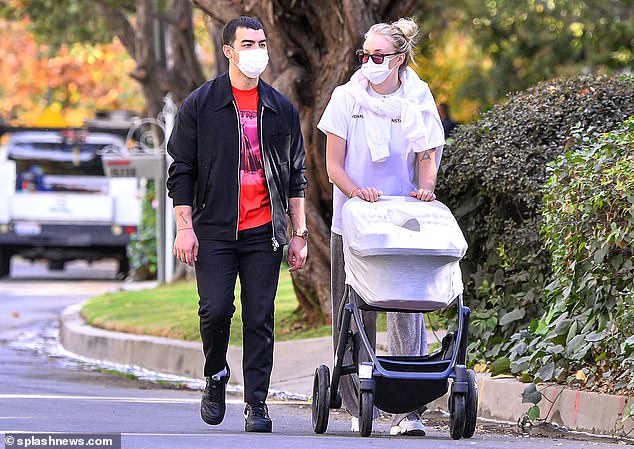 Domestic bliss: After the birth of the pair’s daughter Willa, a source spoke to Hollywood Life and remarked that the arrival of their child was ‘the best thing to ever happen to them’