Joe Root will give the marginalised Vitality Blast a boost by playing for Yorkshire in Wednesday’s opening-round fixture against Worcestershire at Headingley.

In contrast, Jonny Bairstow will be given time to reacclimatise and Worcestershire captain Moeen Ali is taking a week-long break post Indian Premier League and therefore misses the first three fixtures for the 2018 champions.

Dwayne Bravo, one of the midlands club’s two high-profile overseas signings, is following the same return-to-play schedule as Moeen while visa issues will delay the debut of the other, Colin Munro. The New Zealander is expected to fly into the UK on Thursday and feature from Friday onwards.

Root and Brook are dashing north after two days of fitness testing for the country’s Test cricketers at St George’s Park, England’s football headquarters – preferred to usual annual venue of Loughborough this year due to its on-site accommodation.

They will also be available for matches on Friday and Sunday, before reporting to the England team hotel that evening ahead of the series opener versus New Zealand at Lord’s.

The presence of A list names is an isolated fillip for the counties, given poor ticket sales compared to previous pre-pandemic seasons when the group stages were held later in the calendar. 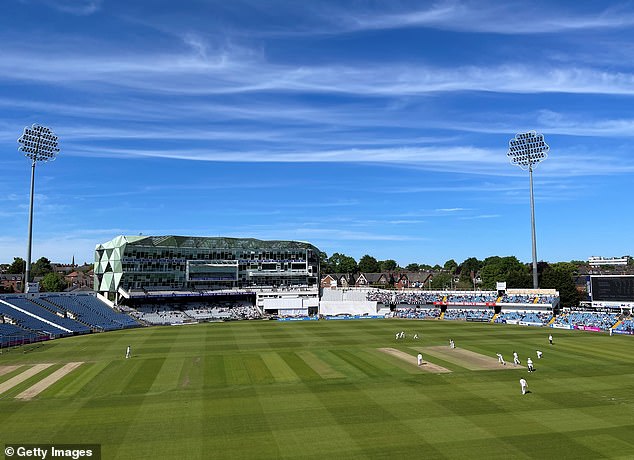 Slow take-up by the public is being put down to a shift from the school holidays – a slot now taken by the Hundred, the ECB’s marmite 100-ball competition – in addition to the delayed publication of fixtures in January which further reduced the size of the marketing window.

Yorkshire are hopeful of a 7,000 crowd on Wednesday but the struggle to sell seats is emphasised by the fact that the Roses match in Leeds – sold out for eight years in a row pre-Covid – still has excellent availability, not helped by it being contested on Wednesday, June 8 rather than a Friday night.

The competition’s scheduling is also proving a turn-off for fans – six of Yorkshire’s first seven group games are at home within the first fortnight while Worcestershire start with four consecutive road trips.