Joe Root showed his value as a white-ball batsman to hold England’s faltering innings together in Perth.

Twenty four hours after going unsold on the opening day of the Indian Premier League auction, Test captain Root top scored with 62 as Australia were set 260 to reduce their Gillette Series defeat to 3-2.

The 27-year-old was the glue as the rest of the middle order splintered, becoming the penultimate victim of Andrew Tye’s maiden international five-wicket haul. 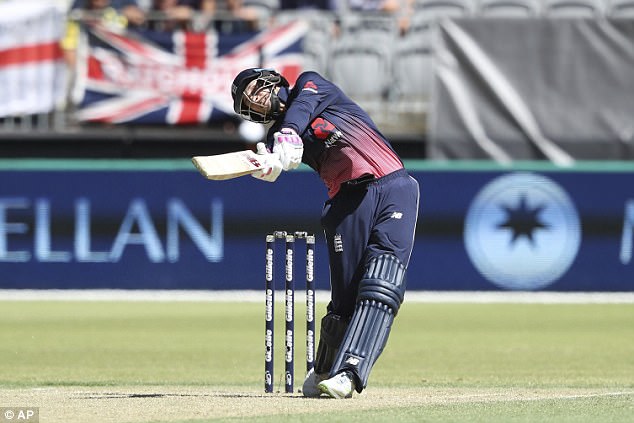 Without his effort a collapse of nine wickets for 142 runs would have been even worse.

Steve Smith won his fourth toss in a row and asked England to bat first at the opening of Australia’s newest international ground.

As is his wont, Jason Roy powered out of the blocks, and was even given a life in his flurry of boundaries courtesy of Mitchell Starc.

After being pulled for four and then skimmed for a straight six in consecutive deliveries, Starc followed up by locating Roy’s outside edge with the next only for a reprieve to be provided by his over-stepping. 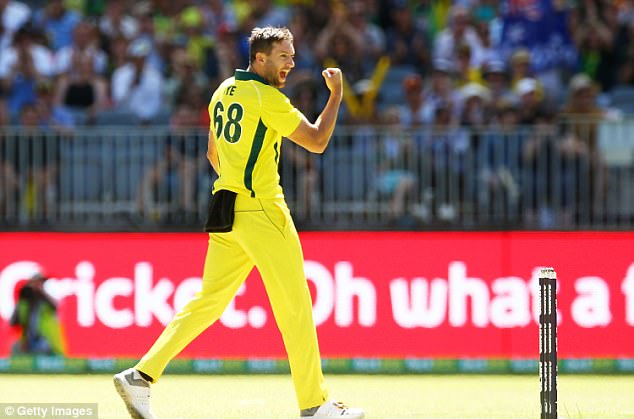 The no-ball made it 21 without loss rather than 20-1 and the early momentum saw England’s 50 come up off just 37 balls when Jonny Bairstow’s flick Josh Hazlewood off the pads provided his first boundary.

And they were still flying along when Roy – in attempting to bring up his half-century in style – skied Andrew Tye to mid-on.

It was an oft-repeated style of dismissal as Eoin Morgan’s team ceded control, although Alex Hales will have felt aggrieved to have ballooned a catch via a crabby leading edge after a delivery from Mitchell Marsh did not get above waist high.

Indeed, the inconsistent bounce from the Southern End proved a menace to English attempts to emulate their 300-plus scores of earlier in the series. 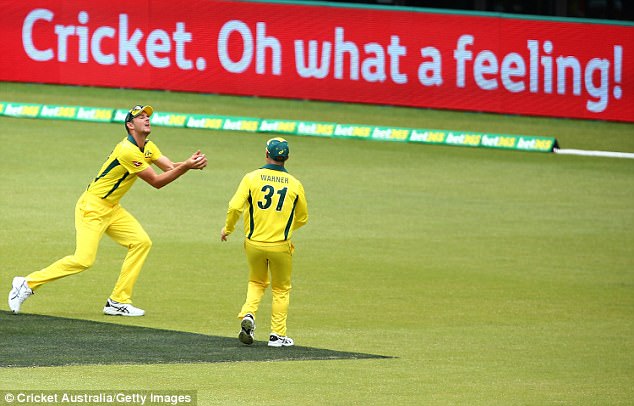 In contrast, an early delivery from Josh Hazlewood from the Members’ End flew off a length and sailed over wicketkeeper Tim Paine’s head for four byes.

Yet they overcame the early challenge against a half-fit Mitchell Starc, only to slide every time an attempt was made to accelerate – captain Eoin Morgan particularly culpable in providing a skied catch when he ran down at Mitchell Marsh and spiralled to deep point when the bowler pulled back his length.

Both sides made two changes for the series finale as England look to equal Australia’s heaviest home one-day defeat of 4-1: Jake Ball and David Willey coming in for the new-ball duo of Chris Woakes and Mark Wood rested while Glenn Maxwell and Starc came in for the home team in place of the out-of-form Cameron White and Pat Cummins (hamstring niggle).