Joe Salisbury will be able to claim something that is beyond even Emma Raducanu – he won two titles at the 2021 US Open.

The 29 year-old from Putney has added the mixed doubles trophy to the men’s doubles he won on Friday, this time with another American partner, Desirae Krawczyk. He is the first man since Bob Bryan ten years ago to win both.

The Anglo-US pairing defeated El Salvador’s Marcelo Arevalo and Mexico’s Giuliana Olmos 7-5 6-2 in a 73-minute match that served as a warm-up act for the main event later. 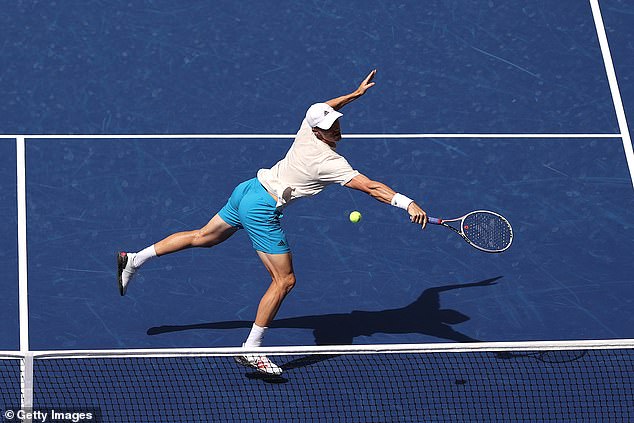 ‘It’s been an incredible couple of weeks being here with the fans back, it has been so much fun. To come away with two titles, I couldn’t even have dreamt of that,’ said Salisbury.

This was the conclusion to an extremely lucrative fortnight’s work for the British number one, who has established himself as one of the world’s leading doubles practitioners. He will take home combined prize money of £296,000, adding £58,000 from the mixed.

Coming on three hours before Raducanu to set the tone, they broke at 5-5 in the first set and then at the start of the second. 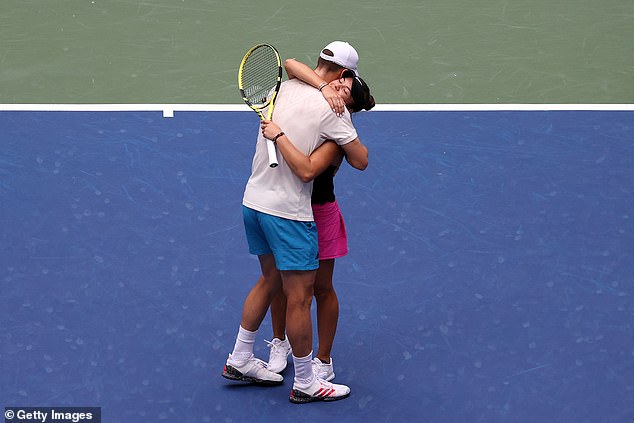 The match – which featured four player who all went through the US college system – was put beyond doubt when Salisbury’s poaching at the net secured a second break of the set for 5-2 and Krawczyk served it out.

He has now won four Grand Slam titles, the latest before this having been the mixed at the French Open. Already Jamie Murray, whom he defeated in the men’s final, may see his tally of seven coming under threat.

One of nine GB players in the men’s top 100 doubles, Salisbury is ranked number four in the world and would be higher if mixed was taken into the equation.