Joe Salisbury ensures there’s a British finalist at the US Open despite Emma Raducanu’s early exit, as he and American Rajeev Ram seal spot in the men’s doubles final

It will not be Emma Raducanu this year, but Joe Salisbury last night ensured there will be a British finalist at the US Open.

Defending champions Salisbury and American Rajeev Ram made it through by the tightest of margins Thursday, overcoming Colombians Juan Sebastian Cabal and Robert Farah 7-5, 4-6, 7-6, clinching the deciding tiebreak 10-6.

After a match that continued through the announcement of the Queen’s passing, Salisbury was left with the possibility of facing compatriot Neal Skupski, playing in the second match.

The two of them are due to team up for next week’s qualifying group for the Davis Cup finals, taking place in Glasgow.

While there are still discussions going on the early indications are that the event – involving GB, USA, Kazakhstan and Holland – will go ahead.

Salisbury won both the mixed and men’s doubles twelve months ago, a brace which was somewhat overshadowed by Raducanu’s incredible triumph in the singles.

He has not made a Grand Slam final since, and his hold on the world number one ranking has become tenuous.

That seemed under threat last night at times from the feisty Colombians, who had their usual vocal group of supporters that have a habit of winding up those facing Cabal and Farah. 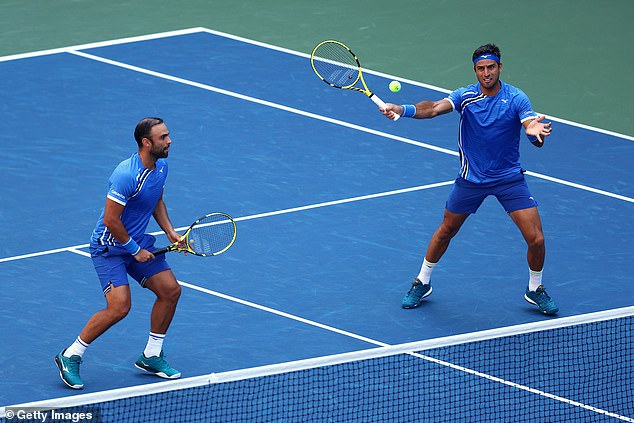 Late in the first set Salisbury approached the umpire to ask for them not to call out during points. The Anglo-American duo also needed to break back at 5-6 to send the match into a sudden death champions’ tiebreak.

Carlos Alcaraz and Frances Tiafoe will tonight try and take their place in what could be a watershed men’s final on Sunday.

Tiafoe will attempt to become the first American to make the championship match in 16 years. The 19 year-old Spaniard is closing in on his apparent destiny as a Grand Slam winner.

Number 22 seed Tiafoe – who would be the first black American male to reach the final since Arthur Ashe 50 years ago – will surely have an advantage due to the controversial scheduling. 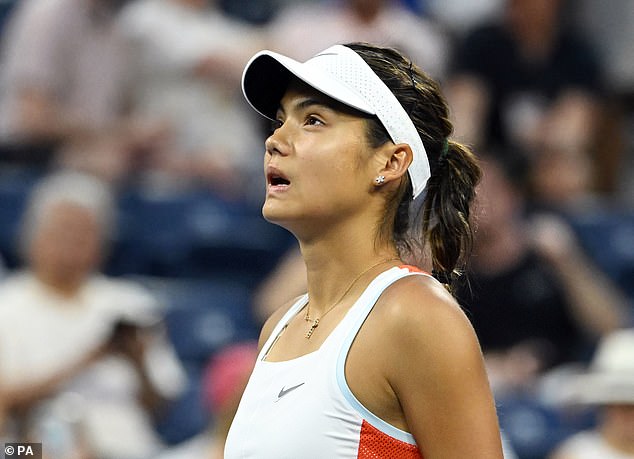 Alcaraz did not finish a quarter final of outstanding quality against Italian Jannik Sinner until 2:50am yesterday morning, the latest finish ever at Flushing Meadows.

Tiafoe had finished late afternoon on Wednesday, and was long asleep by the time the teenager wrapped up a five hour, fifteen minute victory 6-3 in a deciding set against Sinner. His previous round had finished at 2:24am, and there must surely be a price to pay for that.

Alcaraz was more upbeat immediately afterwards, saying: ‘The energy I received in this court at 3 a.m, it was unbelievable. Probably in other tournaments, other places, everybody went to their house to rest, but they keep in the court, supporting me. At the end it was really tough.’ 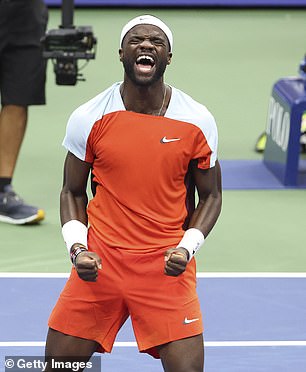 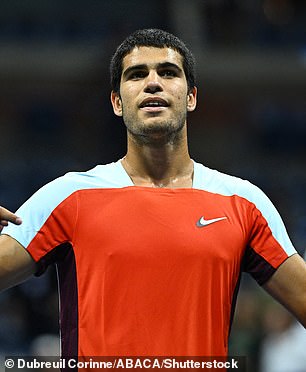 It has been a tournament of ludicrously late finishes, with the night session start at 7pm clearly over-ambitious.

At a time when tennis is waving farewell to some of its biggest drawcards, it is perverse that two of its brightest young talents get to play in a Grand Slam at a time when nobody beyond the hardcore fan will be watching, either in most US time zones or the whole of Europe.

The earlier semi-final will feature Russia’s Karen Khachanov against Norway’s Casper Ruud, with the former playing his first semi-final at this level. Both Ruud and Alcaraz can ascend to world number one if they win the title.