It’s only the first live show of BBC Strictly Come Dancing but already Joe Sugg has sparked controversy by taking part in a viral game with his fans during last night’s episode.

The cheeky 27-year-old, who is the first social media star to appear on the show and is partnered with Dianne Buswell, was seen ‘playing the circle game’- a secret hand gesture that is part of a viral game.

Urban Dictionary lists ‘The Circle game’ as a game of ‘peripheral vision, trickery and motor skills’.

The aim of the game is to catch out your opponent – if they look at the ‘ok’ hand signal, they lose and the offensive player can punch them on the arm.

However, his joke has caused upset with some older – and American – viewers who confused the innocent signal with a sign for the ‘white supremacy’ sign and demanded an apology.

Many of Joe’s fans went wild as they spotted the signal, taking to Twitter to point out what he was doing. 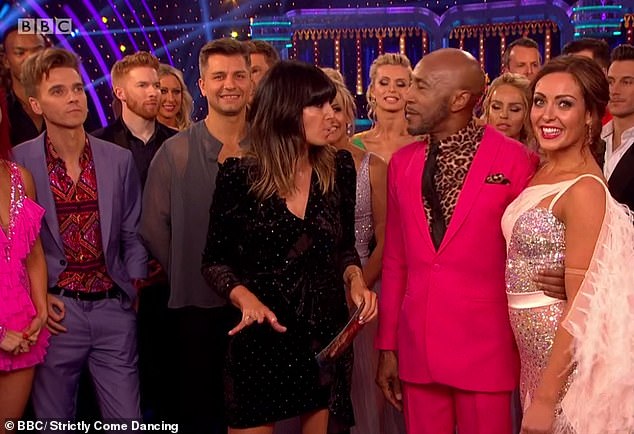 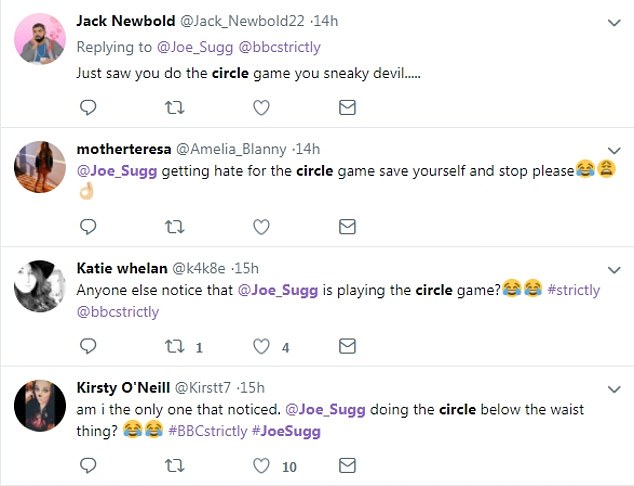 ‘Anyone else notice that @Joe_Sugg is playing the circle game?’ asked one.

‘Just saw you do the circle game you sneaky devil….’ added another.

One said along with crying-laughing emojis: ‘Am I the only one that noticed @Joe_Sugg doing the circle below the waist thing?’

WHAT IS ‘THE CIRCLE GAME’?

According to Urban Dictionary ‘The Circle game’ is a game of peripheral vision, trickery and motor skills.

The game starts out when the Offensive Player creates a circle with their thumb and forefinger, not unlike an “OK” signal, somewhere below his waist.

His goal is to trick another person into looking at his hand. If the Victim looks at the hand, he has lost the game, and is subsequently hit on the bicep with a closed fist, by the offensive player.

As Sean Walsh and his dance partner Katya Jones were discussing their feedback from the judges, Joe – seen at the right of the screen – could be seen with his left hand touching his thigh below his waist.

Earlier in the programme ahead of performing his jive, Joe – who had been stood behind Claudia Winkleman was also seen with one hand in his pocket and his right arm making the ‘ok’ gesture on against his leg.

However, some accused the vlogger of flashing the white supremacy sign.

The gesture – which only makes sense if made with the right hand, although there are examples of people making it with their left hand – is said to depict the letter ‘W’ with the outstretched middle, ring and little fingers, and a ‘P’ with the circle made by the thumb and forefinger stretching down to the wrist. Together ‘WP’ stands for White Power.

Several offended viewers took to Twitter to criticise the brother of multimillionaire Zoella.

One wrote: ‘Blatantly displaying white power gesture is serious concern. Some research on your part and a full apology/removal of @Joe_Sugg should be immediate.’

However, many were quick to brush off the accusations with former Strictly contestant and Channel 5 presenter Jeremy Vine joked: Catching up with @bbcstrictly, and I love that with some tiny secret signal @joe_sugg has triggered all the pensioners.’ 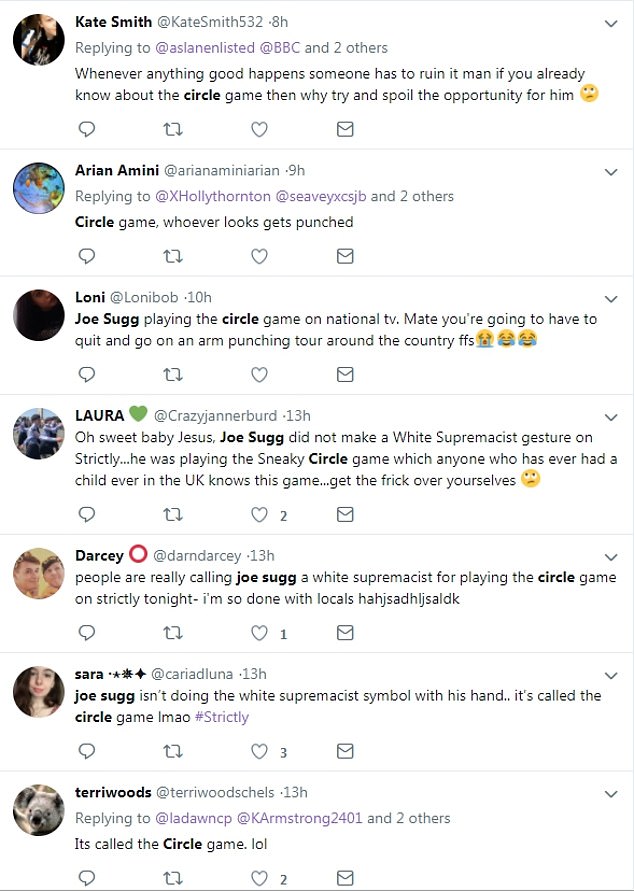 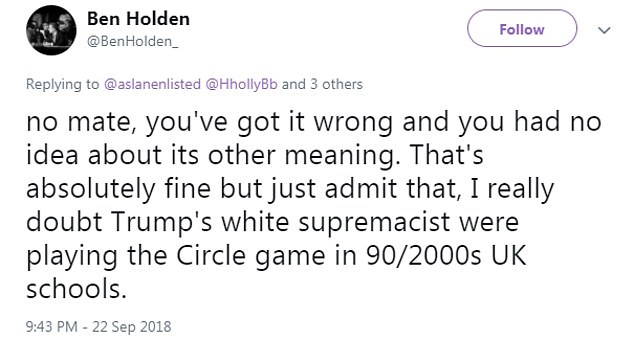 Viewers rushed to Joe’s defence on Twitter, to explain that Joe was having some lighthearted fun with his millions of social media followers 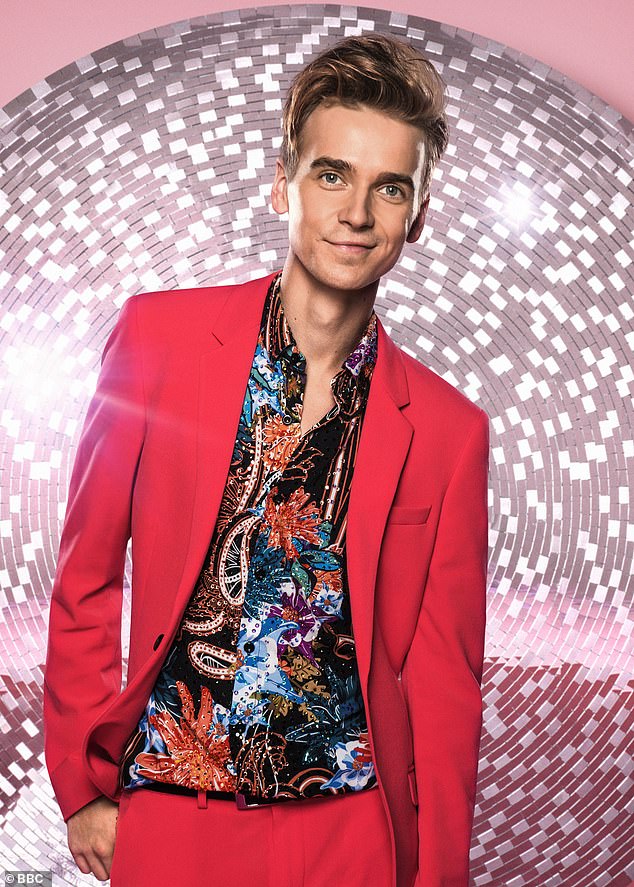 Joe, who is the first social media star to take part in the BBC dancing competition, performed a jive with his partner Dianne Buswell, and received 27 marks overall from the judges

Other rushed to Joe’s defence: ‘It’s not white supremacy. It’s a game that is played nationwide by teenagers and young adults called the circle game. If you look at it you lose.’

Another further clarified: ‘It’s called the circle game. It’s a way for him to communicate with his 11 million online followers. I guess to keep them entertained.’

‘Joe Sugg can’t even play the circle game on tv without all the old people getting triggered,’ fumed one viewer.

‘The aim of the game is to make that gesture with your hands below the waist and when someone looks they lose. Harmless fun, clearly a dare by his mates.’

Joe, who is the brother of fellow YouTube star Zoe ‘Zoella’ Sugg, was the penultimate performer on the first live show and performed a jive with his partner Dianne Buswell, receiving 27 marks overall from the judges.

Strictly Come Dancing returns next Saturday on BBC One at 6.30pm