They both battled it out for the role of Tom Buchanan in Baz Luhrmann’s The Great Gatsby remake back in 2011.

But Joel Edgerton, 44,  proved he doesn’t let business in the way of friendship when he put on a chummy display with UK film star Luke Evans, 39.

The two men posed together at the Victoria Beckham x YouTube Fashion and Beauty afterparty on Sunday during London Fashion Week.

The two men appeared to be good friends, with the Clash of the Titans star Luke putting an arm around Joel’s shoulders for photos.

The event was hosted by American journalist Derek Blasberg and Victoria’s husband David at Mark’s Club, in the trendy London suburb of Mayfair.

At times, the pair were joined by London-based drag queen Jodie Harsh, who donned an elaborate blonde wig for the fashion event. 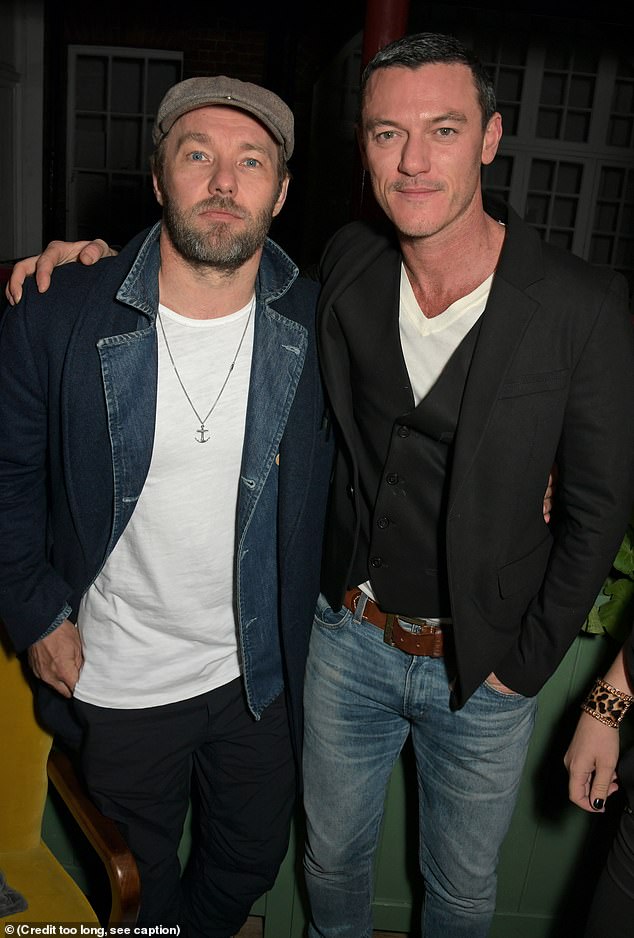 Handsome duo: Joel and Luke happily posed together, with Joel donning a stylish navy peacoat for the fashion event in London’s Mayfair

Luke’s handsome Colombian-born boyfriend Victor Turpin also posed with the pair, with the trio all smiles. 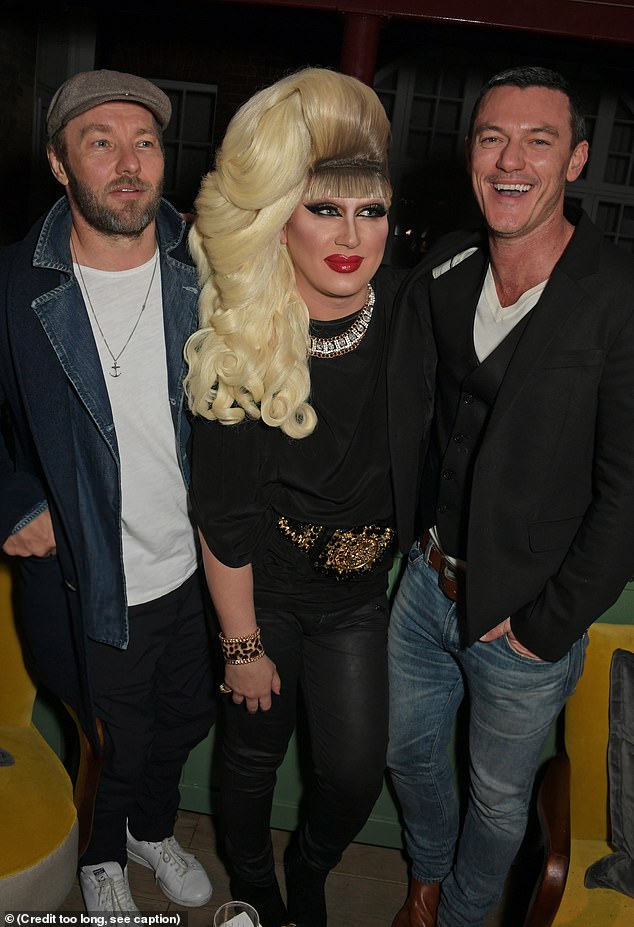 What a drag: Joel and Luke were joined by London drag queen Jodie Harsh at the event, which was a collaboration between Victoria Beckham and YouTube

Joel ensured his look was given a high-end edge as he accessorised the outfit with an anchor drop-down necklace and a beige flat cap.

Luke complemented his outfit with a pair of faded blue jeans along with a chunky tan belt, which added a more casual touch to his outfit. 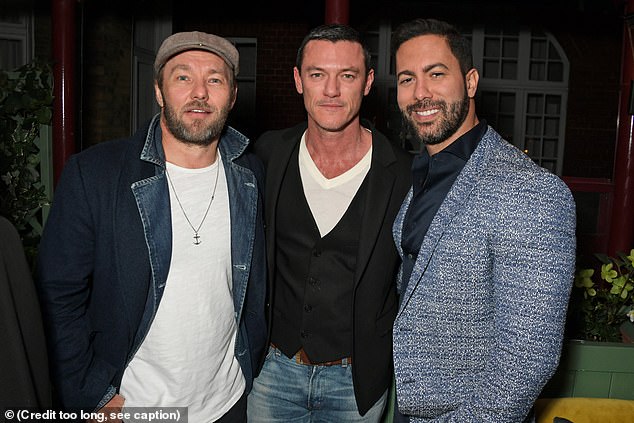 All style: Later, Joel posed with Luke and his handsome boyfriend Victor Turpin (far right), who will star alongside Luke and Jennifer Aniston in the film Murder Mystery later this year

The high-fashion event was a change of pace for Luke after he read CBeebies Bedtime Story on Valentine’s Day.

Luke described reading aloud Jory John’s I Love You Already for the children’s bedtime segment as a ‘pleasure’ and a ‘fun experience’.

‘I’m so pleased to bring these books to life for families all across the UK, and of course all my family’s and friend’s kids, and my own awesome godchildren.’ 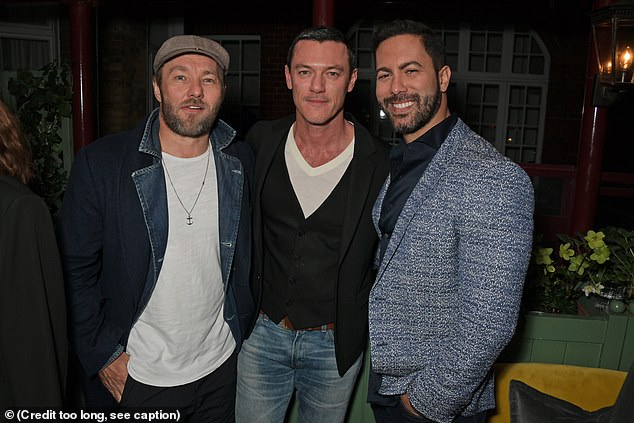 Star power: Joel (L) was all smiles with Luke (M) and his Colombian actor beau Victor (R), with the trio happily chatting and posing for snaps together

Meanwhile, Joel has been spotted at a number of fashion events with his new girlfriend Christine, who opened her own Wardrobe.NYC concept store last week.

Joel and Christine debuted their romance at the GQ Australia’s Man of the Year Awards in Sydney on November 14, and have been spotted together regularly since.

The pair first sparked romance rumours in Sydney in mid-October, when they were pictured in an intimate embrace. 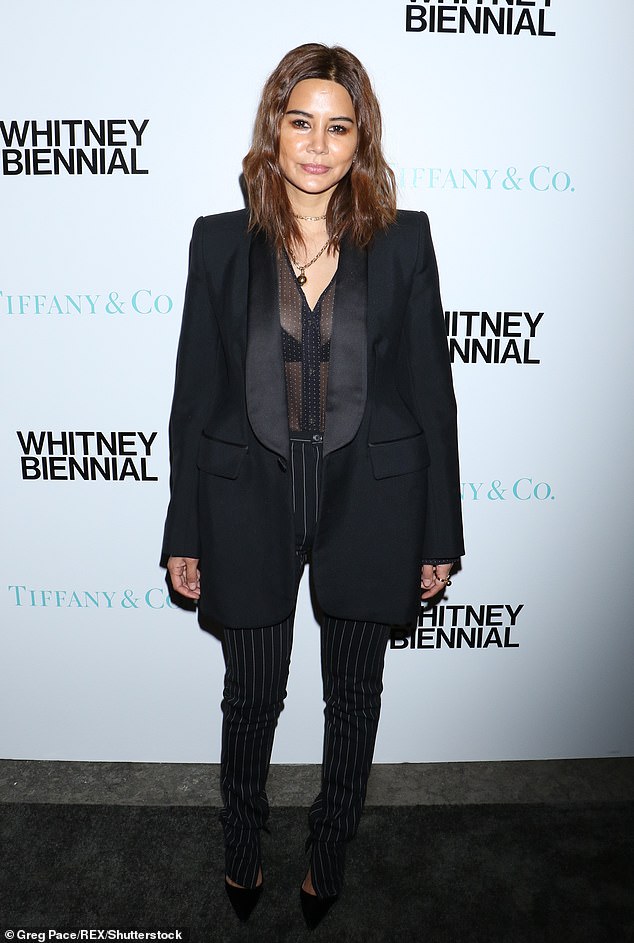 Romance: Joel is in a relationship with Vogue fashion director Christine Centenera (above). Pictured here in New York in 2017