HOT OR NOT: Joel Matip makes Virgil van Dijk a better player and should start Champions League final while Chris Hughton should have gone for broke in FA Cup semi-final

The best thing that ever happened to Gary Cahill was to play alongside John Terry at Chelsea because it took his game to the next level. The same is now happening to Matip alongside Virgil van Dijk. Injury to Joe Gomez in the winter could have derailed Liverpool’s season but Matip has reached the required standard and will surely play ahead of Gomez in the Champions League final.

The greatest sight in a thrilling Championship play-off semi-final was another young British star using the ball so intelligently. Wilson was superb as Derby downed Leeds at Elland Road and will be in demand if parent club Liverpool sell him this summer. As for those boozy Derby celebrations led by manager Frank Lampard, they all seemed a little premature to me.

In the other semi-final the hero was Aston Villa’s goalkeeper. Steer, 26, has gone from third choice to pole position in just a couple of months and saved West Brom’s first two kicks in a shootout to take Villa to Wembley. It’s a great story but we wonder why West Brom caretaker coach James Shan let defenders take his side’s first three penalties. Never trust a forward who doesn’t back himself to score. 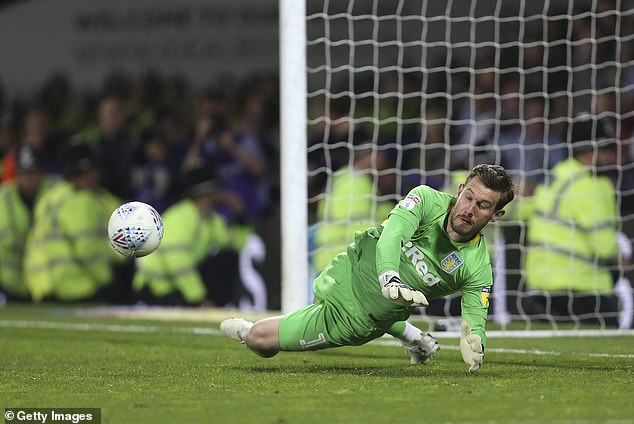 The host course of the US PGA is known for its length and its silly sign that warns your average golfer that it’s not a place for them. But beyond its 7,000 yards, what does it have? Brooks Koepka was magnificent scoring 63 on Thursday but by the end it was tough for TV viewers to recall one stand-out hole.

It was a controversial call to sack a man who has done so much for a football club but one wonders what impact on that decision Brighton’s performance in the FA Cup semi-final had. Brighton had a puncher’s chance against Manchester City at Wembley but chose not to throw any. It felt wrong. The decision to host the Europa League final at such an outpost is clearly flawed but so are Arsenal’s complaints about it now. UEFA’s member clubs should have voiced their concerns when Baku was announced as the venue in September 2017, but they didn’t because they didn’t think it would become their problem.