Joel Schumacher boasts he’s had sex with up to 20,000 partners but has ‘never kissed and told’

He’s made his name in Hollywood as the director of the 1980s films St. Elmo’s Fire, The Lost Boys and Flatliners.

And Joel Schumacher is also one of the happily ‘out’ filmmakers in Tinseltown, having been open about being gay for much of his career.

In fact, in a new interview with Vulture, the 79-year-old makes the stunning confession that he reckons he’s had sex with up to 20,000 partners over the years.

Revelation: In an interview with Vulture, Hollywood filmmaker Joel Schumacher, 79, pictured in 2018, confesses that he reckons he’s had sex with up to 20,000 partners

Schumacher grew up in New York where, following the death of his father when he was four, he was left to his own devices much of the time by his single working mother.

‘I started drinking at 9, smoking at 10, and fooling around sexually when I was 11,’ he told Vulture in an article published Wednesday.

Asked to estimate the number of partners he’s had, he tells the interview that it’s in ‘the double digits’ like ’10, or 20′ thousand.

He adds that the tally is not unusual ‘for a gay male, because it’s available.’

As for the fact that he was underage when he started having sexual encounters, the filmmaker explained: ‘There are very seductive children. I was one of them. I was very seductive at a very young age. That doesn’t mean that anybody who was older should’ve said yes or just complied.’

Schumacher also detailed his voracious appetite for alcohol and drugs and confirming the legend that he once spent a whole summer wearing nothing but a Speedo while stoned on speed. 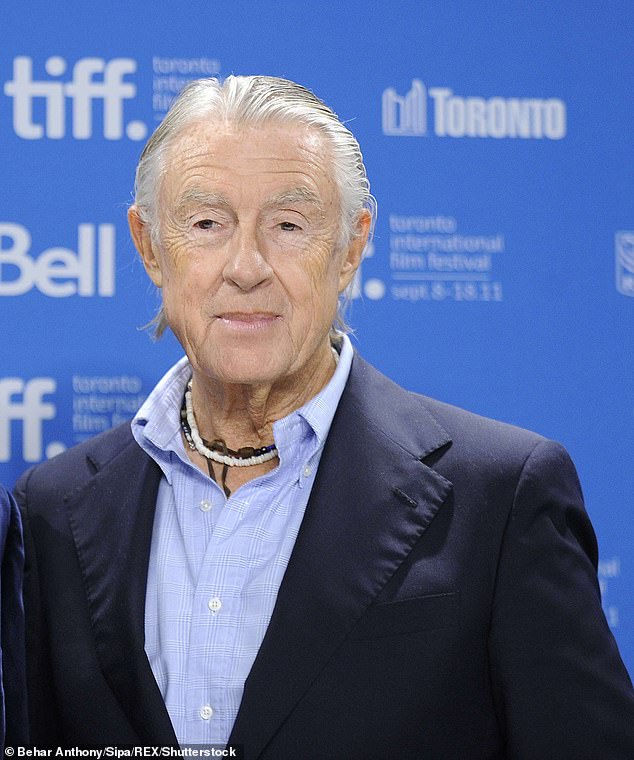 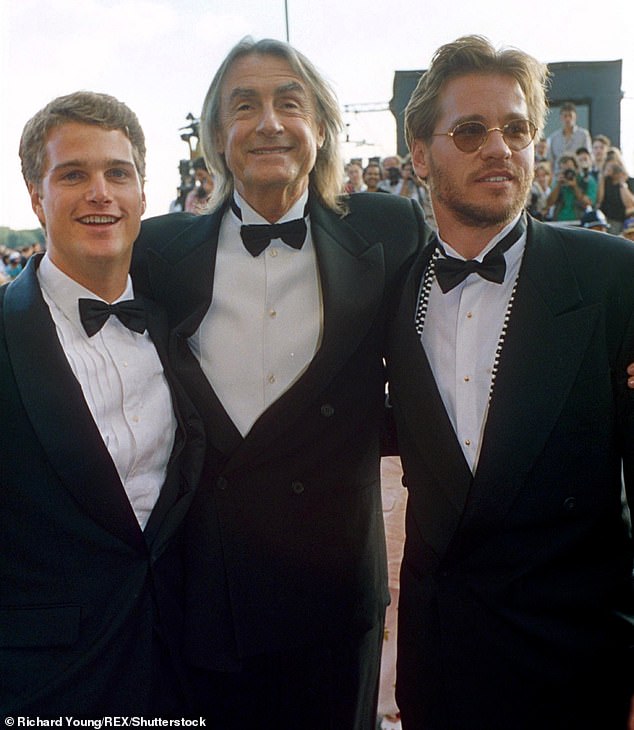 Hollywood myth: He directed the 1995 hit Batman Forever with Val Kilmer in the title role and Chris O’Donnell as his sidekick but denied he’d thought of the two characters as a gay couple 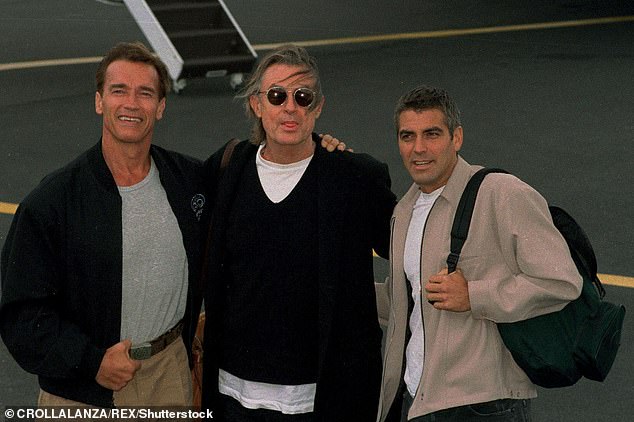 Take 2: His less successful 1997 sequel Batman & Robin also starred O’Donnell who was joined by George Clooney as the Caped Crusader and Arnold Schwarzenegger as Mr. Freeze

During his career which spans from 1974 to 2011, Schumacher has helped launch or solidify the Hollywood careers of many stars including Julia Roberts, Kiefer Sutherland, Matthew McConaughey and Colin Farrell.

He directed two Batman movies, the 1995 hit Batman Forever with Val Kilmer in the title role and Chris O’Donnell as his sidekick, and the less successful 1997 sequel Batman & Robin with O’Donnell joined by George Clooney as the Caped Crusader.

Despite persistent rumors he portrayed Bruce Wayne as a closeted gay man, he refutes the idea in his interview with Vulture staying he never thought of Batman and Robin as a gay couple.

‘There were a lot of people who I would say, in one particular community, wanted George Clooney to be gay so badly,’ Schumacher commented. ‘The only people who ever said that to me were definitely gay men.’

‘George has the most wicked sense of humor. I think he enjoyed every second of it. I mean, George is an incredible human being,’ he added.

Asked about the rumors about actors being gay, Schumacher mentioned he’s asked a lot about Tom Cruise.

‘I think it happens with people that are romantic sex symbols who are on somebody’s wish list,’ he explained. 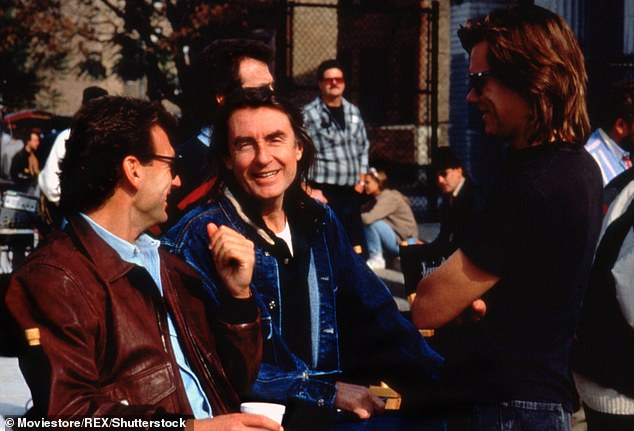 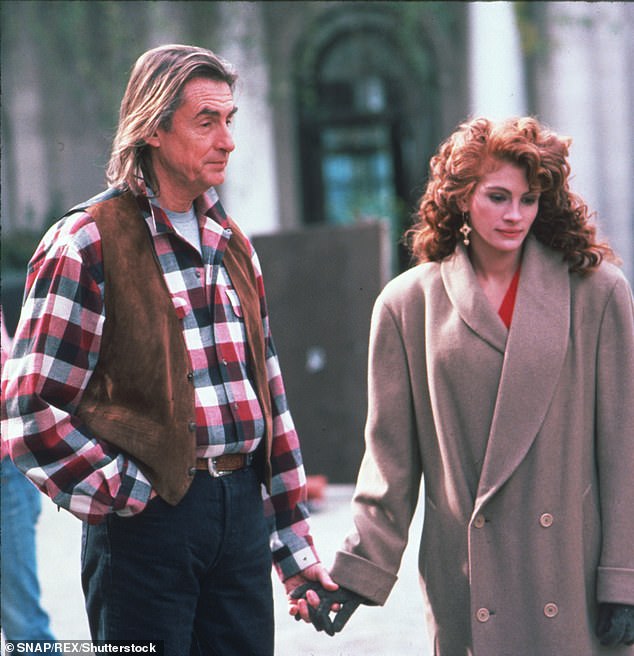 Supportive on set: In 1991, he reunited with Flatliners star Julia Roberts for the tearjerker Dying Young and recalled how she had sobbed in his arms over a tabloid story

Schumacher worked with Julia Roberts twice, first in 1990’s Flatliners which was released just five months afer she became a global star thanks to Pretty Woman, and in 1991’s tearjerker Dying Young.

He recalls how the actress had a hard time dealing with her sudden superstardom.

While shooting Dying Young, he recalled holding Roberts in his arms in the back of a car as she sobbed because someone she had gone to school with in Georgia had sold a story about her past boyfriends to the media.

‘She looked up at me, crying, and said, “I never needed to be this famous.” And it was so profound to me because I realized you can’t decide how much fame you want or get. It’s not up to you. You now belong to them,’ Schumacher said. ‘I think she did eventually become very strong. She had to be. What was her other choice?’ 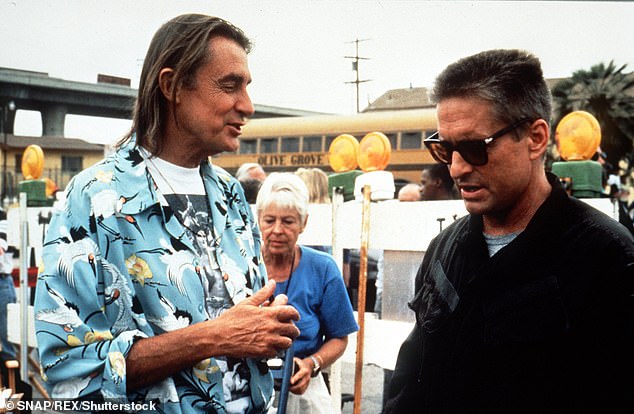 Other movies Schumacher directed include 1993’s Falling Down with Michael Douglas, pictured on set, 1994’s The Client, 1996’s A Time To Kill and 2004’s The Phantom Of The Opera 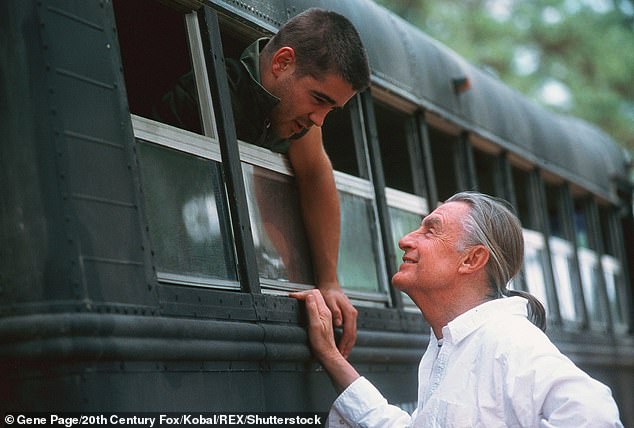 Star maker: Schumacher cast the then unknown Colin Farrell in his 2000 film Tigerland, pictured on set, and launched his Hollywood career. They re-teamed for 2002’s Phone Booth

Another superstar Schumacher crossed paths with was a young Michael Jackson.

Schumacher wrote the screenplay for the film version of The Wiz that starred Jackson, then 20, and Diana Ross.

He told Vulture that has not seen the documentary Leaving Neverland and he doesn’t plan to either.

‘He was shy, beautiful, and a genius, and we stayed in touch over the years. We had many phone conversations. I don’t know anything about what happened,’ the director said.

‘If the boys (in the documentary) are right, they’re right, and if they’re not, I feel sorry for the Jackson family. But I don’t know. I can’t,’ he said. 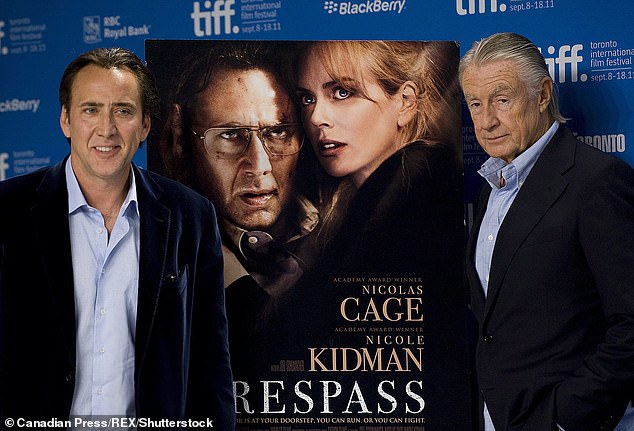