Joey Barton has admitted he ‘didn’t always get it right’ but has vowed to ‘keep getting better’ following his acrimonious sacking by Fleetwood Town.

The 38-year-old was dismissed by the League One club on Monday in the wake of a dressing room bust-up with striker Ched Evans.

As revealed by Sportsmail, Barton took exception to a comedy skit performed by Evans at a team meeting and the pair got into a heated row following last month’s 1-0 defeat at Swindon Town. 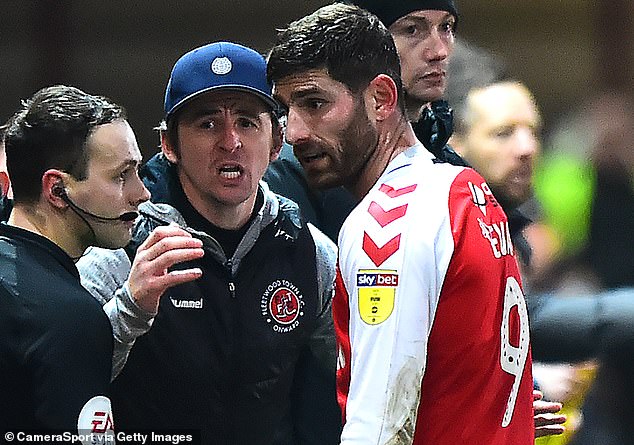 Barton declared later that Evans had no future at Fleetwood and the 32-year-old was suspended. But it was Barton who got the boot this week after two-and-a-half years in charge.

In a statement released via the League Managers’ Association, Barton thanked Fleetwood chairman Andy Pilley, his coaching staff and the players as well as the fans for their ‘patience’ but made no reference to the incident with Evans.

Barton said: ‘First of all I would like to thank the chairman Andy Pilley for the opportunity to manage Fleetwood Town. I have enjoyed every minute of my time at the club. I have learned so much over the past two and half years.

‘There are some brilliant people at Fleetwood Town and I have enjoyed getting to know every one of them. 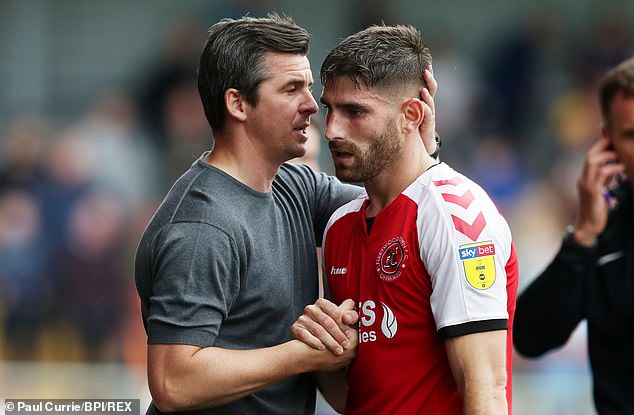 ‘I would also like to thank all of the coaching staff, both the ones I inherited and the ones I brought in. It has been some journey with some highs and lows and I have really enjoyed watching each of them get better every single day.

‘I would like to thank the fans and say that I appreciate you sticking with me in my first management role. I am not naive enough to think I always got it right, but my only intention during my tenure was to drive this football club forward.

‘I have nothing but good things to say about the people of Fleetwood and the surrounding community. I was welcomed from day one.

‘To the players, thanks to each of you for bringing it every day. Nobody enjoyed playing against Fleetwood Town and ultimately that is down to you.

‘Thanks for being patient with me on my coaching journey. I look forward to watching you as you continue to improve.

‘It is tough times for everybody at the moment with all that is going on in the world. I am just a football manager who has lost his job, there are plenty of people who were much better than me at theirs that have lost them over the past 12 months. 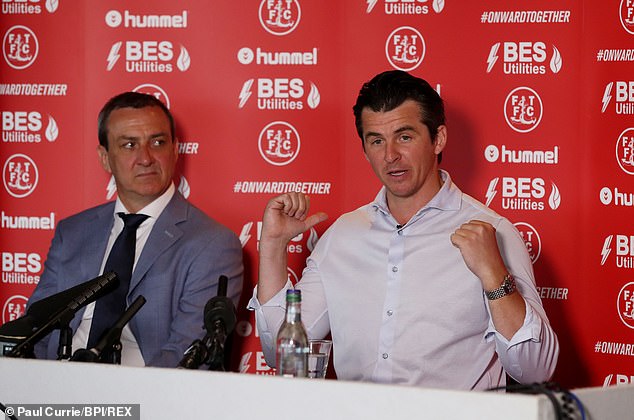 ‘I will use this time out to keep getting better, until the next opportunity comes.

After a gambling ban ended Barton’s playing career, he was appointed Fleetwood manager in April 2018 and took up the post when his ban ended in June 2018.

Fleetwood finished 11th in League One during an encouraging first season before making the play-off positions when the league was suspended amid the Covid-19 pandemic last season.

They lost to Wycombe Wanderers in the play-off semi-finals with their opponents ultimately winning promotion to the Championship.

Fleetwood sit 10th in the standings this season, just three points off the play-off spots, at the time of Barton’s sacking. 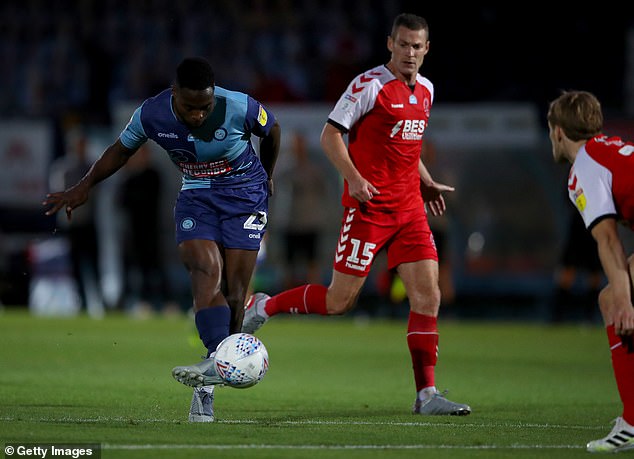