Football manager Joey Barton has been charged with actual bodily harm after violence flared after a League One match.

The former Manchester City and Newcastle player, who now manages lower league side Fleetwood Town, allegedly tangled with Barnsley manager Daniel Stendel in the tunnel following a game in Yorkshire in April.

Barton, 36, later tweeted that he ’emphatically’ denies all allegations made against him.

This morning, a spokesman for South Yorkshire Police said: ‘A man has been charged following an incident at Barnsley Football Club in April 2019.

‘Joseph Barton, 36, of Widnes, has been charged with actual bodily harm contrary to section 47 assault and has been bailed to appear before Barnsley Magistrates Court on Wednesday 9 October 2019.

‘On Saturday 13 April 2019, a man was left with facial injuries after an incident in the club tunnel around 5pm, following the conclusion of Barnsley’s match against Fleetwood Town.’

It was claimed at the time that German coach Stendel was left with ‘blood pouring from his face’ following the incident at Barnsley’s Oakwell stadium.

Hours later, Barton posted on Twitter: ‘With regards to the alleged incident on Saturday following our game against Barnsley, I emphatically deny all the allegations made

‘Given this matter has not been formally closed, it would be inappropriate for me to make any further comment.’ 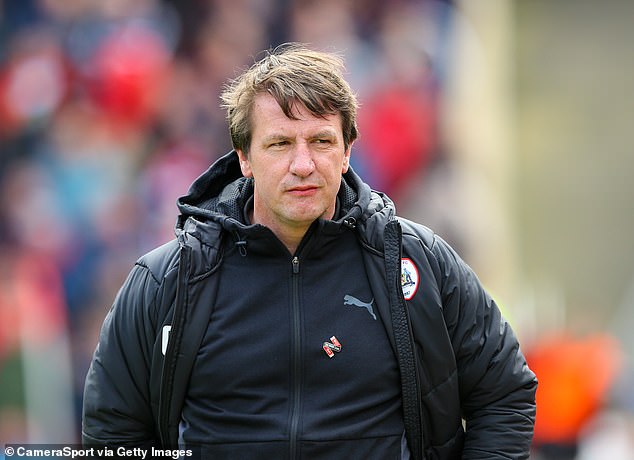