On Monday, he shocked fans when he revealed plans to remain single for the next two years as he focuses on his TV career.

But Joey Essex, 27, proved that his vow doesn’t mean he can no longer be friendly with the ladies, as he was spotted departing the TRIC Awards after-party with Love Island beauty Montana Brown, 22, in tow on Tuesday night.

The former TOWIE star appeared unusually keen to go unnoticed as they were driven away from London’s Hilton Park Lane hotel in the back of a spacious black cab, pulling the brim of his bucket hat over his eyes.

Fellow reality star Montana stayed glued to her phone as she prepared to drive away into the night with the star – who has previously been romantically linked to Sam Faiers, Amy Willerton, Stephanie Pratt, and most recently stylist Georgie Purves.

And while Joey kept his eyes hidden from view, it was difficult to hide the smiles on both their faces as they headed off together after a day of revelry at the event.

MailOnline has contacted representatives for Joey Essex and Montana Brown for comment.

Joey’s outing came a day after he revealed that he was quitting relationships for at least the next two years, as he said that he’d rather focus on his career and will now ‘put [himself] on a ban’ from dating. 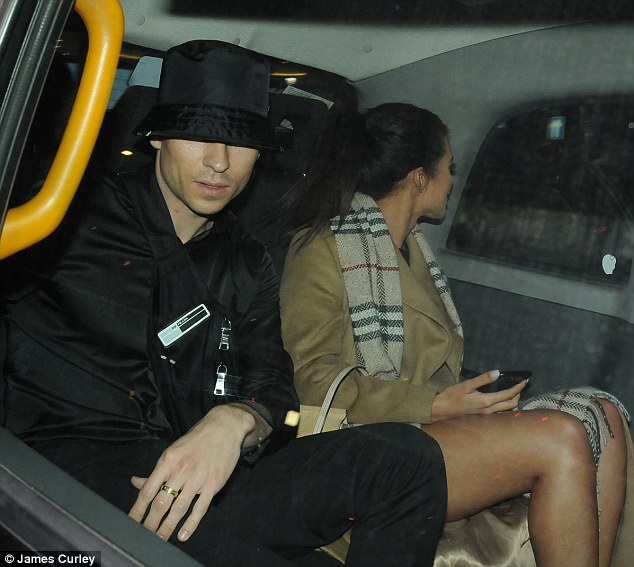 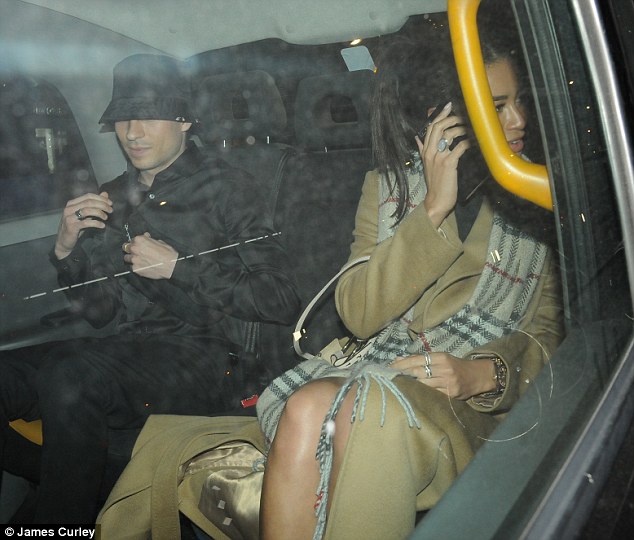 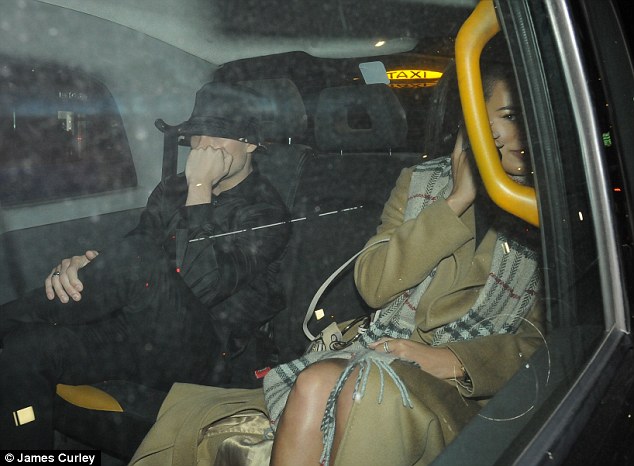 The TV personality said during his interview on ITV’s Loose Women that hhe felt ‘like I’ve been in relationships for the past four years, pretty much all my life really’.

Being honest about his decision, and his single status, with the panel, Joey said: ‘I just feel like I need to step back and focus on my career.’

When asked if he would be going celibate the reality star was quick to make his feelings it clear that wasn’t the case. 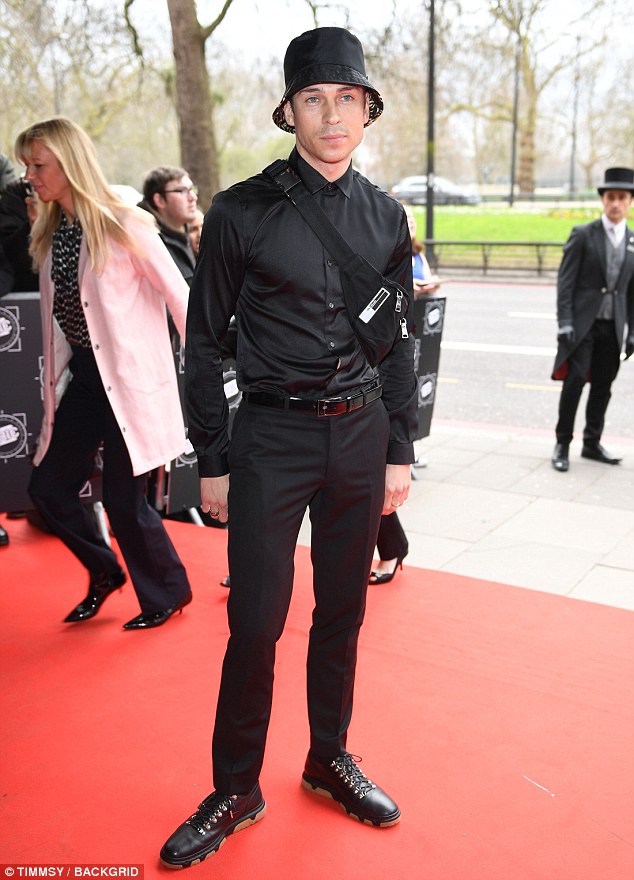 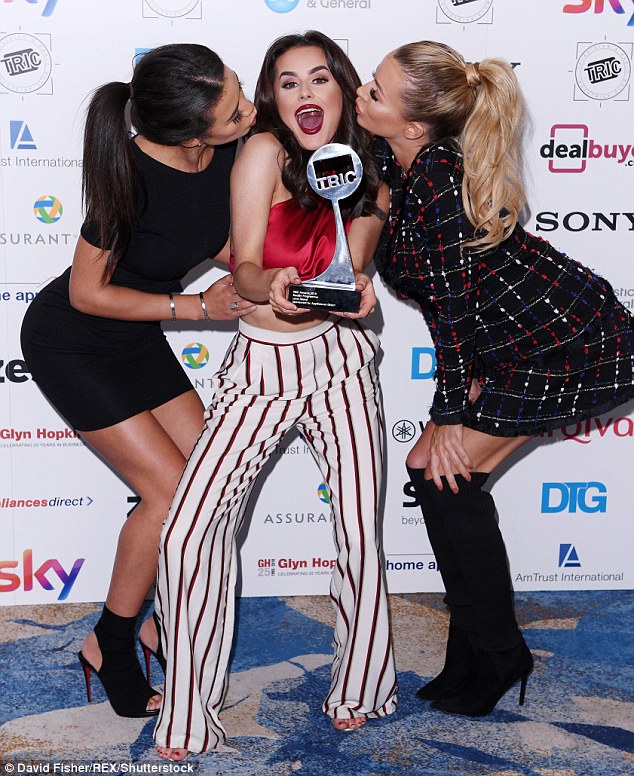 ‘What’s that? When you don’t do that with someone?’ he asked, while poking a finger into his hand to simulate sex. It’s like saying I’m going to stop drinking!’

Two weeks ago, Montana was reported to have found love with hunky model Elliott Reeder, with whom she is said to share a love of fitness and travelling.

Insiders told The Sun that the couple met over the Christmas holidays yet made things official in recent weeks – after the stunning star ‘fell hard’ for the hunk, who previously shared a saucy picture of the pair with his Instagram followers.

‘I’m putting myself on a ban!’: Joey Essex revealed on Loose Women on Monday that he won’t get into a relationship for the next TWO years so that he can focus on his career 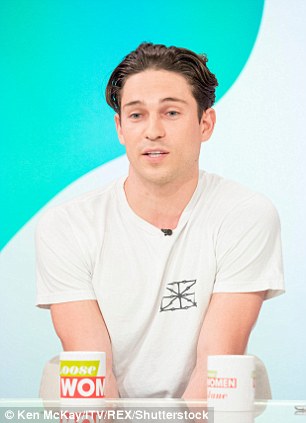 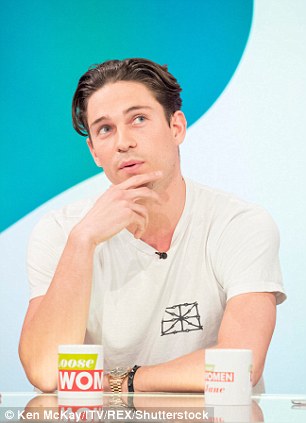 Montana was a popular addition to the Love Island villa, on the third series of the show which kicked off in June last year, where she found love with Alex Beattie.

After failed attempts at love with Dom Lever and Sam Gowland, she eventually left the villa with the model in fifth place.

Their relationship soon deteriorated however and she has since been single since departing the house – reportedly until meeting Elliott. 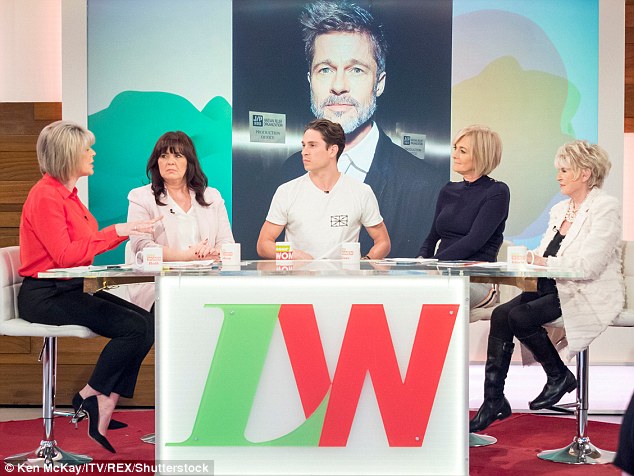 Celibacy: He asked ‘What’s that? When you don’t do that with someone?’ while poking a finger into his hand to simulate sex. ‘It’s like saying I’m going to stop drinking!’ 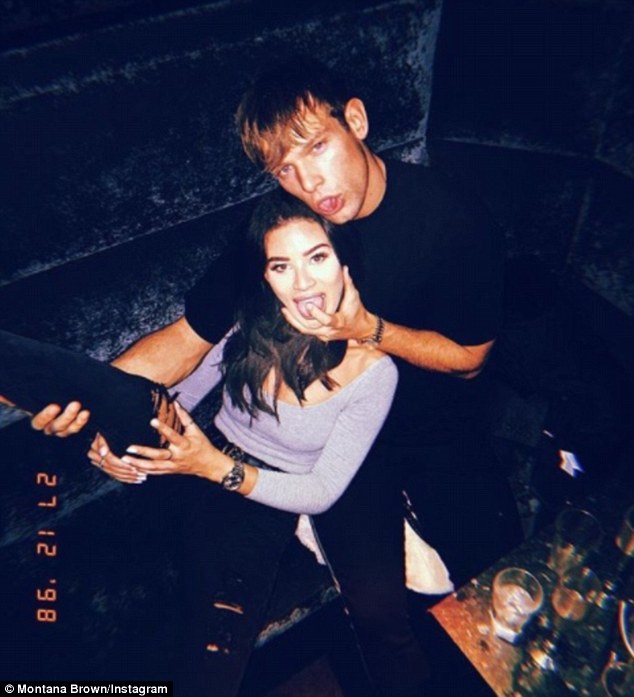 Loved-up: Montana Brown appears to have found more success as she has reportedly found love with hunky model Elliott Reeder, with whom she is said to share a love of fitness and travelling