Jo Konta’s problems when faced with players who bring a box of tricks to the court surfaced again on Tuesday morning when she was bundled out of the Australian Open first round.

The British number one and twelfth seed was upset 6-4 6-2 by Tunisia’s Ons Jabeur, whose varied game denied the rusty Konta the rhythm she craves and rounded off her disappointing trip to Australia.

It did not help that Konta’s serve, usually a strength, was lacking consistency and penetration, and she was repeatedly forced onto the backfoot as she was broken four times to lose in just 62 minutes. 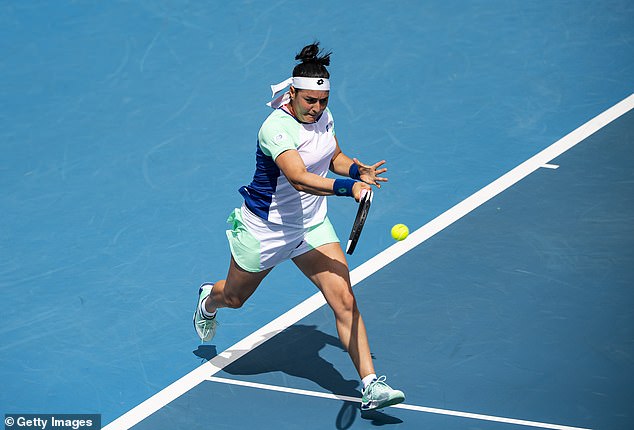 Britain’s best female player had her best Grand Slam year last season but this was a very poor start, and slightly reminiscent of her quarter final defeat at Wimbledon last summer to Barbora Strycova, another player fond of using dinks and angles.

After the torrential rain of Monday there were a bumper six British players due to be in action with Konta the first out at 1030am local time, the start time having been brought forward.

Much clearer weather greeted her for what was only the second match she has played since the US Open. Tendinitis in her knee brought her 2019 to a premature close, and she lasted only one match in Brisbane at the start of the month before withdrawing from Adelaide last week, preferring to ramp up her preparations at Melbourne Park. 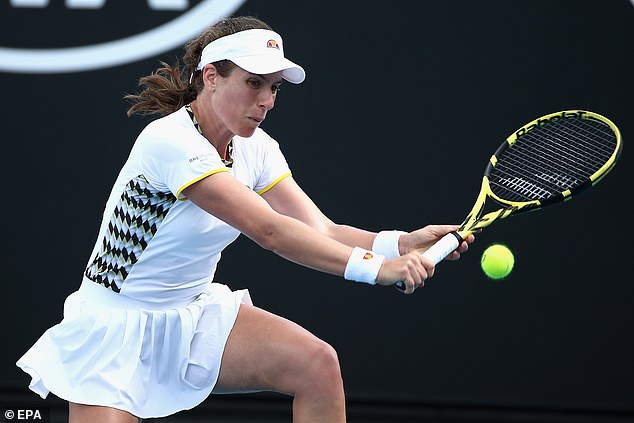 There was therefore a clear danger that she would be somewhat undercooked for her first match and she is, in any event, the kind of player who is more vulnerable early on but someone who thrives on momentum once they got going.

Jabeur, a highly unusual female tennis export from a part of the world with no history of producing them, is ranked 78 but came in with three wins under her belt last week from the WTA event in Hobart, so could be considered dangerous.

It was not long before she was causing problems, forcing a break point in the first game.

Konta missed a break point at 4-4 when she netted a sliced backhand, and was then broken herself to fall behind.

The same patterns, or lack of them, continued and there was no way back when she fell behind 4-1 in the second set, meaning a possible fourth round meeting with Serena Williams will not happen. 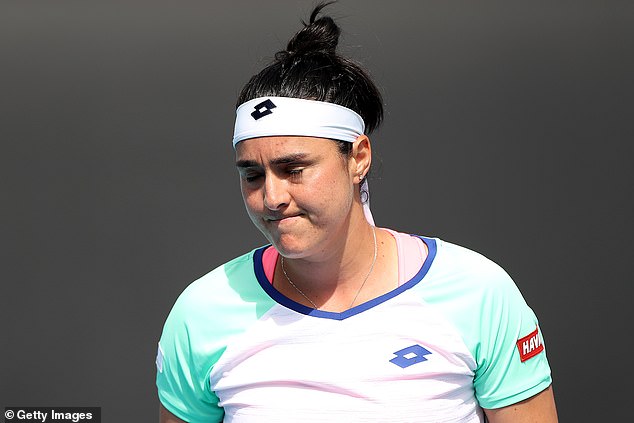