‘If he didn’t move that leg would be broken’: John Arne Riise says Marco Verratti should have seen red for foul on Joe Gomez as Ruud Gullit adds PSG man would have walked if Neymar had been on the end of the challenge

Marco Verratti was fortunate to stay on the pitch during Paris Saint-Germain’s Champions League clash with Liverpool on Wednesday night.

Verratti went in late and reckless on Liverpool defender Joe Gomez but escaped with only a booking from referee Szymon Marciniak.

It was a decision roundly criticised by TV pundits who said Gomez was lucky to walk away without a broken leg. 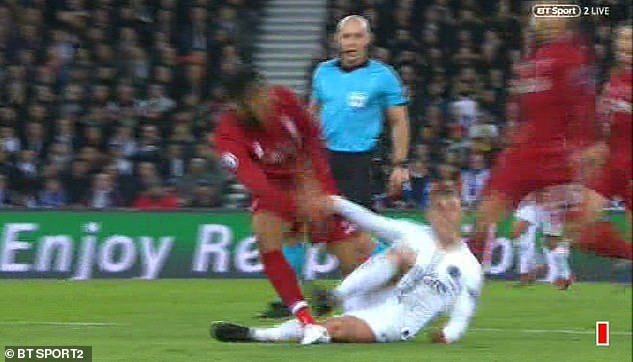 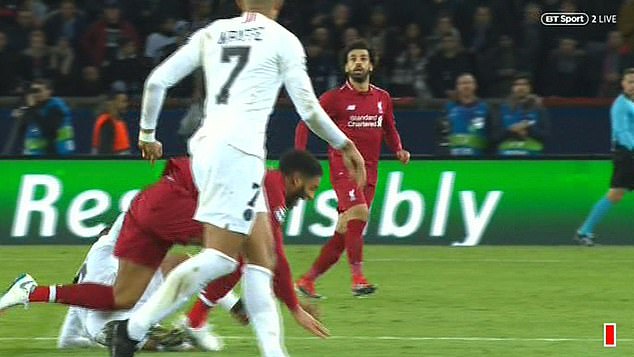 Former Reds defender John Arne Riise told BT Sport: ‘[It] should be straight red. It’s lucky that Gomez’s leg is actually moving on the run because if he didn’t move that leg would be broken.

‘This is a clear red card. He should be off.’

Steve McManaman, another former Liverpool player, said it was a ‘naughty challenge’ but ‘thankfully Joe Gomez is OK’.

Meanwhile, on beIN Sports, Ruud Gullit suggested that had Neymar been on the end of the challenge, his opponent would have seen red. ‘If it was Neymar,’ he added.

Former Liverpool striker Michael Owen was equally as quizzical of the referee’s performance.

Taking to Twitter, the 38-year-old wrote: ‘Verratti surely had to be a red? And can’t believe the Ref needed his assistant to tell him it was a penalty.’ 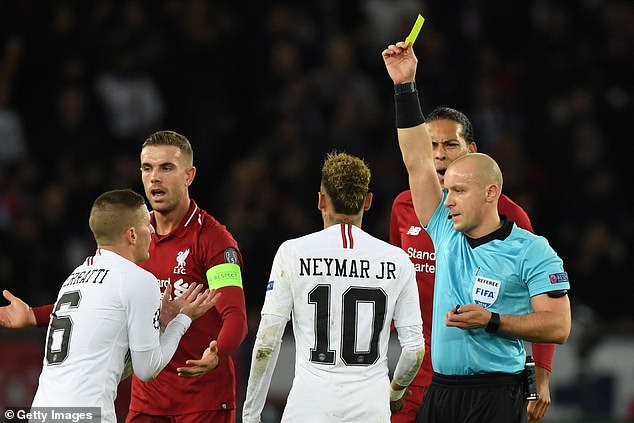