‘He is trying to nutmeg someone on the edge of the box, unbelievable!’ John Barnes lays into Kylian Mbappe after mistake at Liverpool while Ruud Gullit bemoans Edinson Cavani’s lacklustre display in agonising defeat

Just moments after scoring an equaliser in front of the Kop, Mbappe lost possession on the edge of the box before Firmino slammed in the stoppage-time winner in a thrilling Champions League clash.

It came after Daniel Sturridge and James Milner had put the Reds firmly in charge before Thomas Meunier pulled one back for the visitors just before the break. 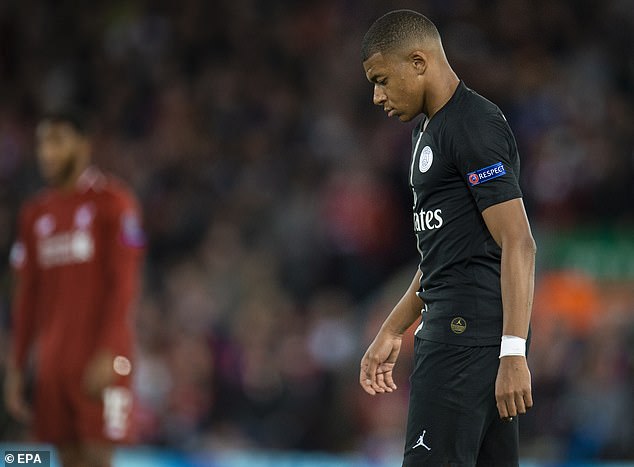 Barnes, who made 349 appearances in 10 years at Anfield, slammed the youngster’s decision making in such a crucial moment and hit out at his and Neymar’s lack of effort.

He said on beIN SPORTS: ‘Mbappe is trying to nutmeg someone on the edge of the box, unbelievable. He gives the ball away and Liverpool score.

‘But to be honest I think that could be one thing that lets PSG down because you can see Neymar and Mbappe at times alone to themselves in terms of effort and work rate.’ 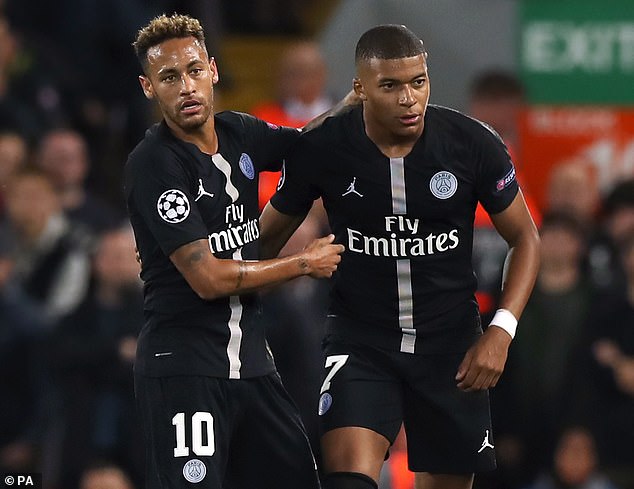 The Dutchman added: ‘If you are a coach then you would be going crazy. In a game like this, I hope he will tell him.

‘What do you think of Cavani? Did you even hear his name mentioned in the second half?’