John Bolton’s former deputy thinks he should hold his tell-all book on Donald Trump’s White House until after the November election as the president’s allies go on the attack, calling Bolton a ‘backstabber’ for his tome.

‘The best thing here would be Ambassador Bolton to pull this book until Mr. Trump leaves office or at least until after the election in November,’ Fred Fleitz, Bolton’s former chief of staff, told Fox News Monday night.

‘I believe that the concept that presidents have to be able to confide in their national security advisers and be able to knock around ideas – this is extremely important. We want the president to consult the best possible advisers and know that whatever he discusses with them isn’t going to appear in press or in books,’ he added.

And Rudy Giuliani, the president’s personal attorney, blasted Bolton as a ‘backstabber.’

The president, Giuliani said, ‘never really trusted the Backstabber’s judgment. He was right and I was wrong because ironically I supported him for the job.’

An unconcerned Bolton was seen leaving his Bethesda, Maryland, home Tuesday, while his book reached the Amazon top 10 list almost two months before its publication – suggesting the $2 million deal he struck may become a conservative estimate of his earning potential.

Money in the bag? John Bolton seemed untroubled by being called a backstabber as he left his Bethesda, Maryland, home. Despite not being due out for just short of two months it is already a top 10 Amazon best-seller 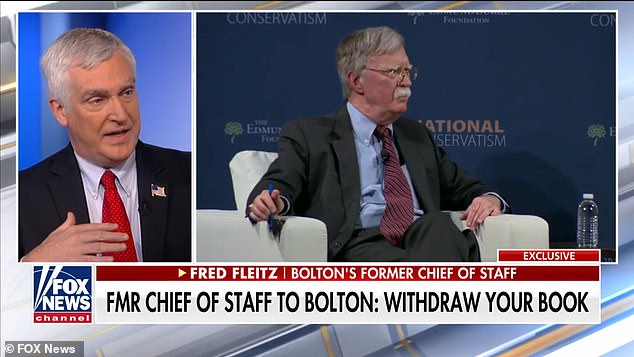 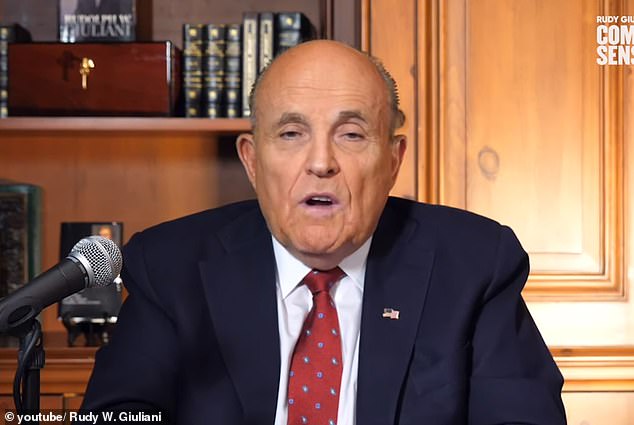 Rudy Giuliani blasted John Bolton as a ‘back stabber’

The president’s allies have been piling on Bolton since The New York Times revealed his memoir – ‘In the Room Where It Happened’ – recounts how Trump told him he was with holding U.S. aid to the Ukraine until the country agreed to investigate Joe and Hunter Biden. Trump has denied the claim.

Another former White House official charged Bolton with writing the book while serving in the Trump White House.

‘I’m convinced he was writing all the time’ he served as national security adviser, the person told The Post, describing Bolton as a workaholic who rarely socialized.

Bolton was fired from the White House in September and his book is scheduled to come out on March 17, which is a fast turn around time.

Adding to the piling on, Fox Business Network’s Lou Dobbs criticized Bolton on his show Monday night, noting Bolton shares a literary agency – Javelin – with former FBI director James Comey, who has been critical of the president.

‘As you watch what is happening here with Bolton, the ‘New York Times,’ their combined literary agent they share with James Comey, various attorneys and lawyers, this has been a concerto that has been put together and performed by Bolton. I never thought I would see that fella descend to this depth,’ Dobbs said.

‘He has decided to do a deep dive as an expedient tool of the radical Dems and the left in this country. I cannot tell you how profoundly disappointed I am to find the man’s character is so shallow if not all together absent. It’s just stunning to see,’ Dobbs added. 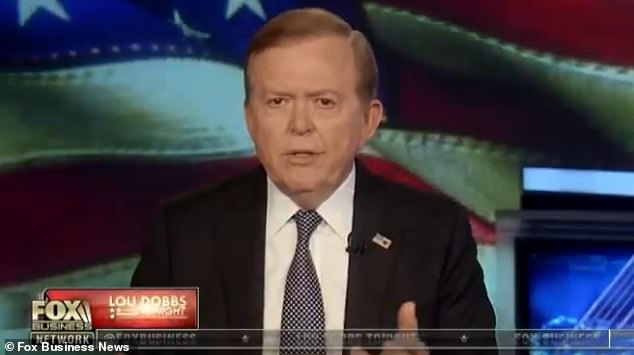 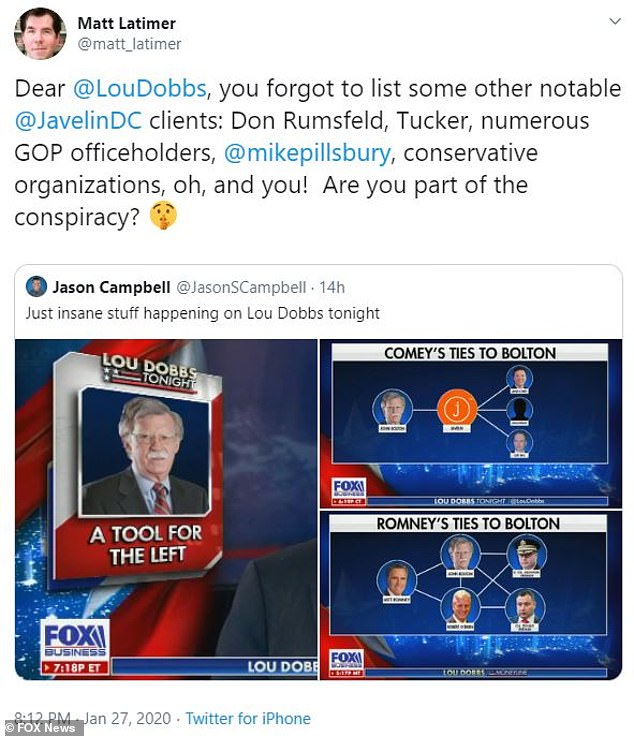 Javelin partner Matt Latimer responded to Dobbs via Twitter, writing: ‘Dear @LouDobbs, you forgot to list some other notable @JavelinDC clients: Don Rumsfeld, Tucker, numerous GOP officeholders, @mikepillsbury, conservative organizations, oh, and you! Are you part of the conspiracy?’

Conservatives and Trump allies have questioned the timing of the leak of the manuscript to The New York Times, which came as the president’s lawyers were presenting his defense in his impeachment trial.

The details from the book have restarted talk of a witness deal on Capitol Hill, where Democrats would get Bolton to testify and Republicans could call Hunter Biden.

Senate GOP Leader Mitch McConnell has pushed for a speedy trial without witnesses but Democrats need four Republicans to side with them to call witnesses and Bolton’s book could swing enough votes their way.

‘If we get the witnesses it will be a one for one or two for two,’ Republican Sen. John Barrasso told reporters in the Capitol on Monday.

Republican senators Mitt Romney and Pat Toomey have taken the lead on the talks. 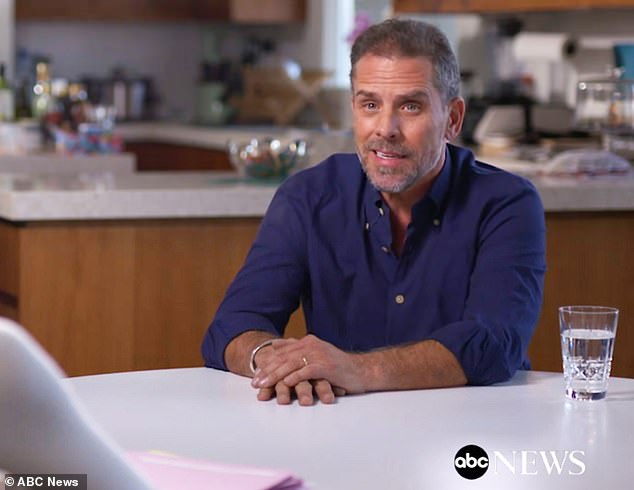 ANOTHER HIT FOR THE D.C. SUPERAGENT

John Bolton becoming a best-seller weeks before his book can even be bought marks another multi-million dollar success for Keith Urbahn, the Washington D.C. literary agent who has turned the Trump era into an earning opportunity for spurned insiders.

His Javelin literary agency signed the biggest name to talk so far, James Comey, whose book A Higher Loyalty discussed his firing by Trump.

But he also turned an unknown White House inside, Cliff Sims, into a best seller with Team of Vipers, which painted a picture of a chaotic and vindictive West Wing from inside.

And the ultimate unknown insider, Anonymous, published his book A Warning through Javelin, and has still to be unmasked.

Journalists have also been part of the Trump-inspired Urbahn book, with A Very Stable Genius by two Washington Post  reporters currently second on the Amazon bestsellers list – with Bolton at number 10.

And so too have Trump’s enemies, with Joe Walsh, the one-time Tea Party congressman who is now running against the president in the Republican primaries, due to published a new book next month called F*ck Silence: Calling Trump Out for the Cultish, Moronic Authoritarian Con Man He Is.

It is unlikely to win Urbahn friends in the Trump inner circle – but he may not care; as soon as any one of them decides to spill the beans, he is now Washingtonians’ first call when they quit and have a story to tell.

But Democrats deny there was any coordination with Bolton or his team.

‘We had no communication with Mr. Bolton or Mr. Bolton’s lawyers,’ a senior Democratic congressional staffer working on impeachment said.

Bolton has struck a book deal worth an estimated $2 million. 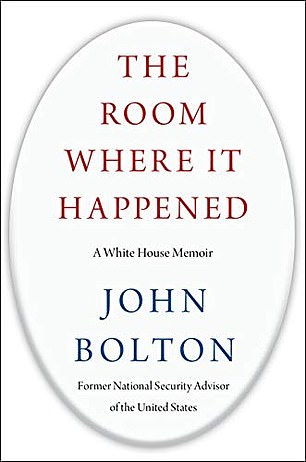 Trump said those claims were ‘false.’

‘False,’ the president said with a cringe when asked about it at the White House. He repeated: ‘False.’

‘Well I haven’t seen the manuscript. But I can tell you, nothing was ever said to John Bolton,’ Trump told the press while greeting Israeli Prime Minister Benjamin Netanyahu at the White House Monday morning.