John Cusack has called for a boycott of MSNBC over its coverage of Bernie Sanders, saying the network is ‘smearing a people’s movement’ with a socialist agenda.

The Illinois born actor, 53, was angered by MSNBC’s coverage of the 2020 candidate and tweeted a montage of guests and presenters criticizing the New-York born Senator.

In a tweet with the hastag #BoycottMSNBC, he wrote on Saturday: ‘Be clear MSNBC. You did this to yourself no one made you parade neocons & neoliberal pundits to slander & smear a people’s movement that you KNOW is not radical but a return to FDR [Franklin D. Roosevelt] politics.’ 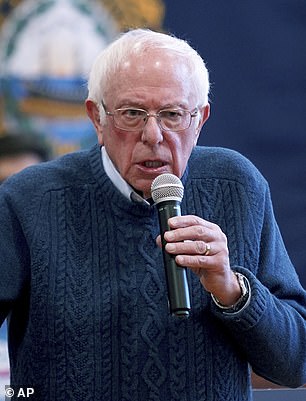 John Cusack, (left), has called for a boycott of MSNBC over its coverage of Bernie Sanders, (right), saying the network is ‘smearing a radical people’s movement’ 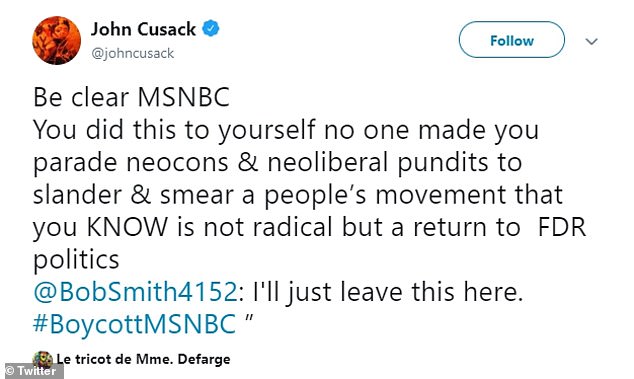 The Illnois born actor, 53, was incensed by MSNBC’s coverage of the 2020 candidate and tweeted a montage of guests and presenters criticizing the New York-born Senator

Some of the network’s biggest names including Chris Matthews, Stephanie Ruhle and Donny Deutsch are featured in the clip. One said that they didn’t feel he was ‘pro-woman’ in terms of his political agenda.

It also features MSNBC anchor Chris Matthews attacking Sanders for ‘just waving his arms around’ and ‘talking about revolution.’

Another clip shows commentator Donny Deutsch suggesting that a socialist candidate is ‘more dangerous’ to the United States than Donald Trump.

Deutsch is a vocal opponent of Donald Trump who has in the past consistently slammed POTUS for his remarks, actions and views.

The liberal actor is an avid supporter of Sanders and his twitter feed is full of posts calling on people to back him.

He then followed up with a tweet later on Sunday saying Bernie Sanders’ political values were similar to those of former Democrat President Franklin D. Roosevelt.

He said in a tweet: ‘Msnbs “a sociopath beats a socialist”…oh ok, cause you say so ?

‘Sanders has most small donations from working class people in US history – isn’t who ‘s financing candidates distinctions worth noting ? His politics are straight FDR -can u be intellectually honest.’

Sanders has made social democratic policies a mainstay of his presidential campaign as he has called for a universal right to health care and free access to college education. 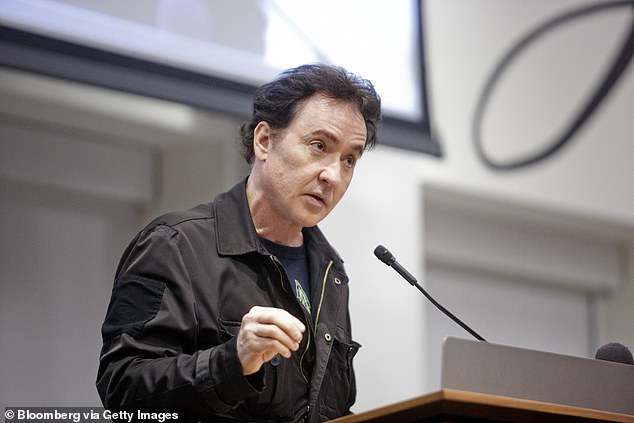 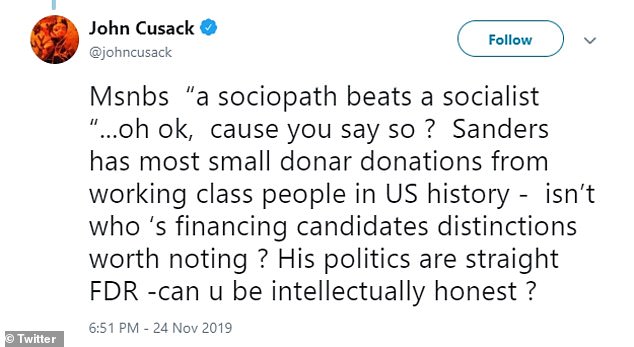 He has referenced in the past the presidency of Franklin D. Roosevelt, who he claimed led a ‘transformation of the American government and the American economy,’ in a speech during the summer, Politico reported.

Referring to 1930s America in that speech, Sanders said: ‘We rejected the ideology of Mussolini and Hitler. We instead embraced the bold and visionary leadership of President Franklin Delano Roosevelt.

‘Together with organized labor, leaders in the African-American community, and progressives inside and outside the party, Roosevelt led a transformation of the American government and the American economy.’

In June, he made reference to a famous campaign speech that Roosevelt gave in 1936 in which he spoke of the forces working against him, Politico reported. 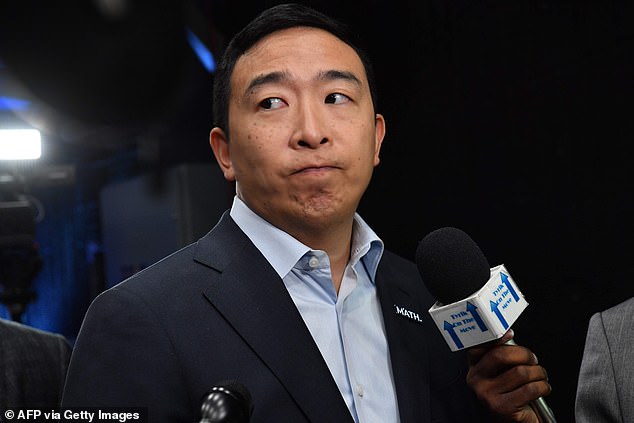 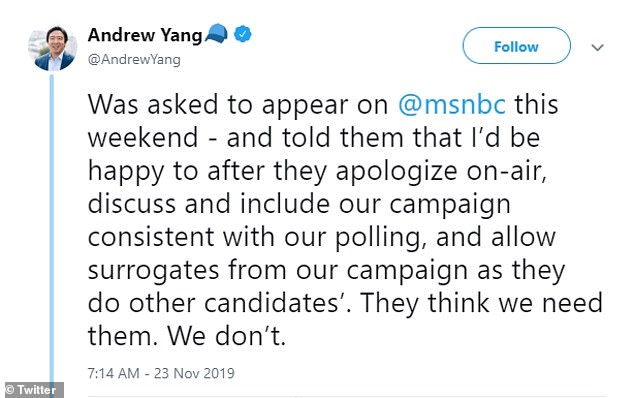 ‘Never before in all our history have these forces been so united against one candidate as they stand today. They are unanimous in their hate for me — and I welcome their hatred,’ Sanders said.

He demanded an apology from MSNBC before listing of a number of complaints he had with the channel over its coverage of his presidential campaign.

Yang, 44, was part of a group of ten Democratic presidential hopefuls who participated in a primary debate co-hosted by MSNBC earlier this month.

The entrepreneur said in a series of tweets: ‘Was asked to appear on @msnbc this weekend — and told them that I’d be happy to after they apologize on-air, discuss and include our campaign consistent with our polling, and allow surrogates from our campaign as they do other candidates’. They think we need them. We don’t,.

‘They’ve omitted me from their graphics 12+ times, called me John Yang on air, and given me a fraction of the speaking time over 2 debates despite my polling higher than other candidates on stage. At some point you have to call it,’ Yang continued.