John F Kennedy Jr is remembered by those who knew him best in the new biography  America’s Reluctant Prince.

There are also a trove of new and never-before-seen images in the book, showing John Jr from his childhood in the White House to just a few days before his tragic death.

It will be the 20th anniversary of the tragic flight that ended his life next month, and also claimed the lives of his wife Carolyn and her sister Lauren.

One of the last photos of John, taken with businessman Keith Stein in Toronto four days before the crash in 1999 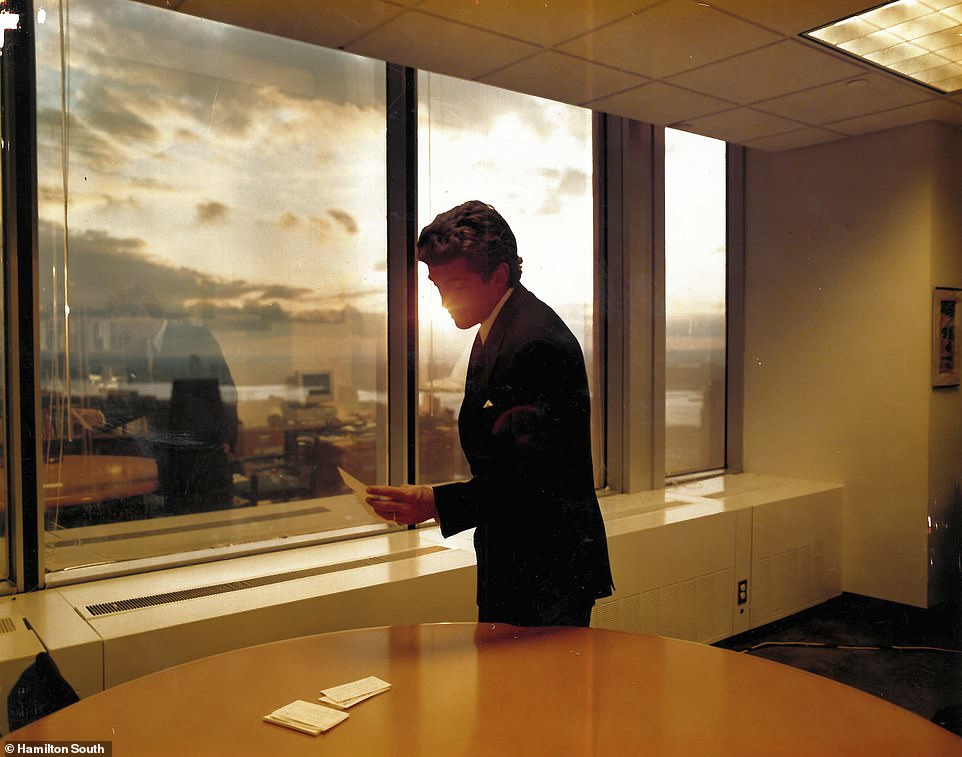 John in his office at George, he magazine e decided to start just a few years before his tragic death 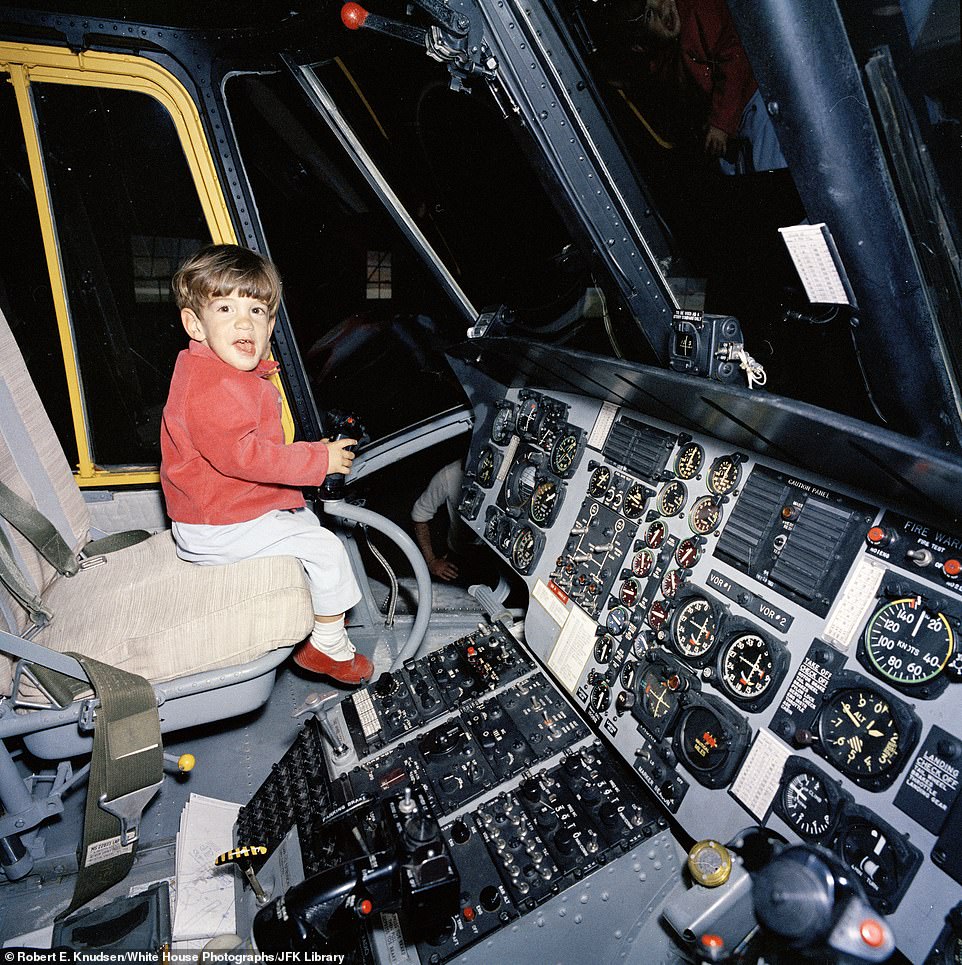 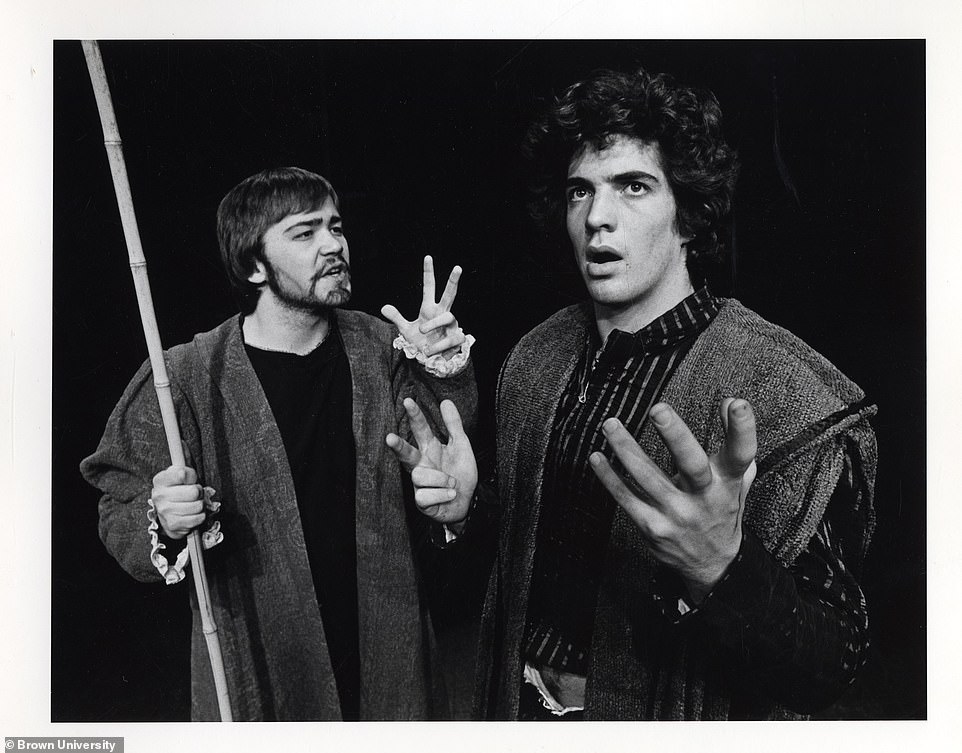 An excerpt from the biography that first appeared in People detailed John Jr’s final months, and the growing tensions between himself and his older sibling.

He thought she and her friends were ‘entitled snobs’, according to friends, while she saw him and his cohorts as ‘potheads.’

His wife Carolyn saw it too, telling people that Caroline and her husband Edwin Schlossberg treated him ‘like s***’ and viewed him as the ‘family f***-up.’

On top of all this, he told his friend that Carolyn was refusing to have sex with John Jr, prompting him to consider moving out of their Manhattan apartment and into the Stanhope Hotel.

He even alluded to divorcing his wife according to Sasha Chermayeff, one of John Jr’s closest friends.

Carolyn’s relationship with Kennedy had grown fraught according to friends who spoke with Gillon.

She had even threatened to skip his cousin Rory’s wedding in Martha’s Vineyard, prompting John Jr to say: ‘If she’s done, I’m done.’

Carolyn had a change of heart at the last second however, and the two set off with her sister Lauren on July 16, 1999.

John had taken off from Essex County Airport in Fairfield, New Jersey, at 8.39pm that night, bound for the airfield in Martha’s Vineyard. 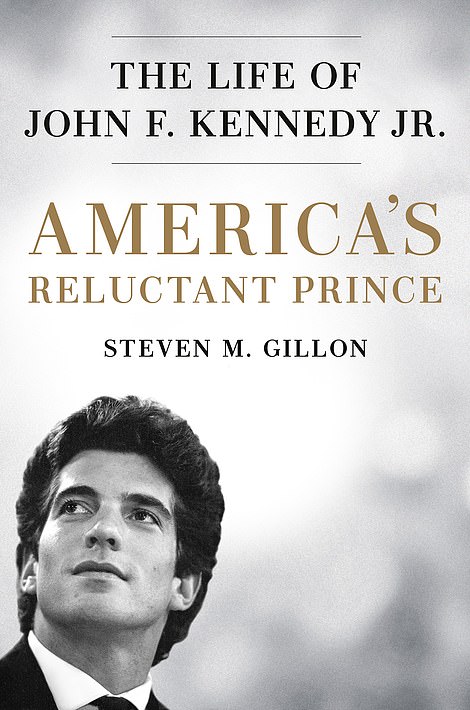 The Reluctant Prince is now on bookshelves

He never made it to his final destination.

The air traffic controller at the island airport alerted the regional FAA office in Connecticut just after 10pm when the plane had failed to arrive.

In the end, it was the conditions that evening most likely caused the tragedy which took three lives.

Three days later, parts of the plane were detected on the ocean floor.

On July 21, five days after the plane went missing, the three bodies were found and removed from the underwater wreckage.

The ashes of John, 38, his wife Carolyn, 33, and his sister-in-law Lauren, 34, were scattered at sea on July 22 just off of Martha’s Vineyard by friends and family.

John Jr. made the decision prior to his death to have his ashes be scattered at sea rather than be buried alongside his father, mother, sister Arabella and brother Patrick at Arlington National Cemetery.

One month after the crash, Anthony died of cancer. He passed away just two weeks shy of his five-year wedding anniversary. 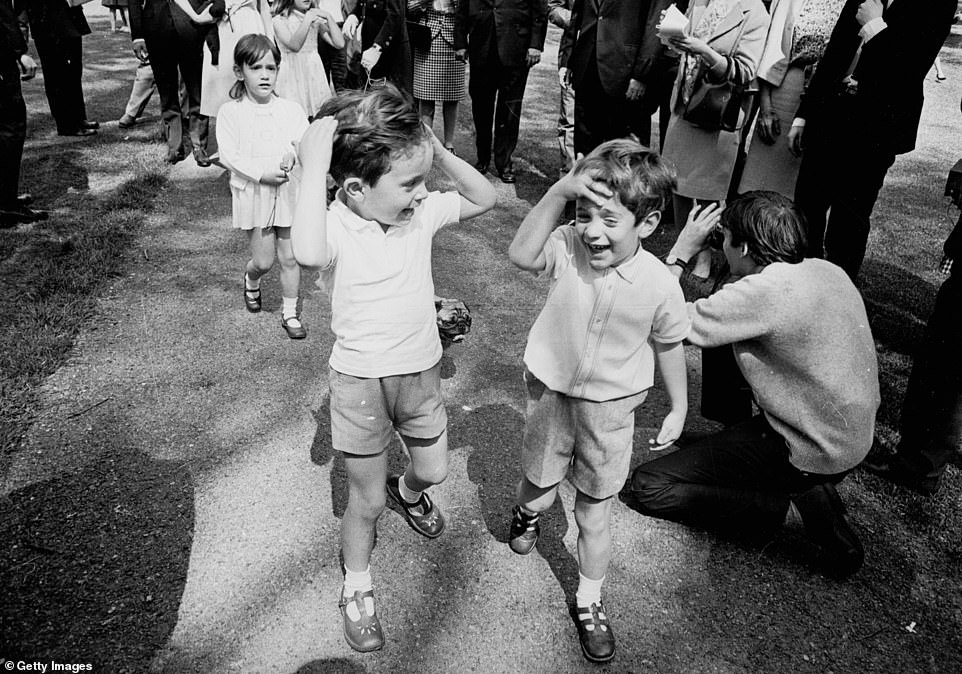 John Jr walking in Green Park, London with his cousins Anthony and Tina in March 1965 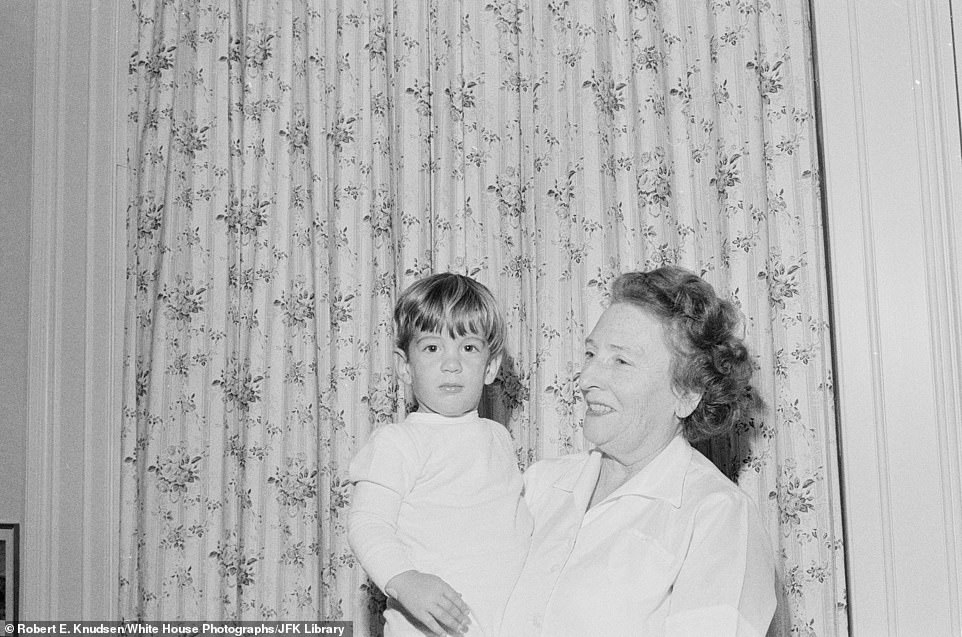 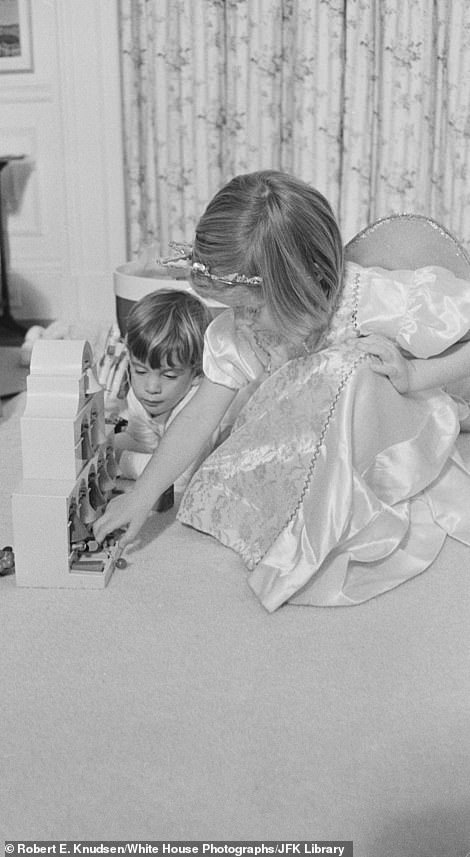 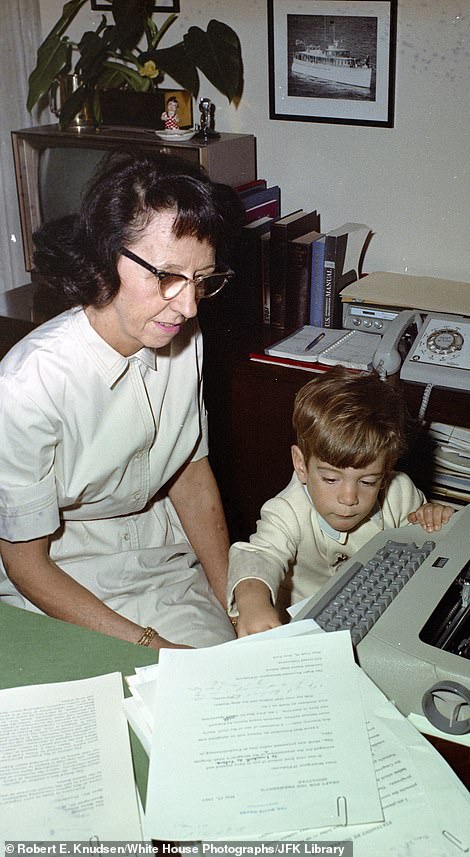 John and Caroline play in his nursery in November 1962 (right); John in his father’s secretary’s office prior to Memorial Day Ceremonies in 1963 *(left) 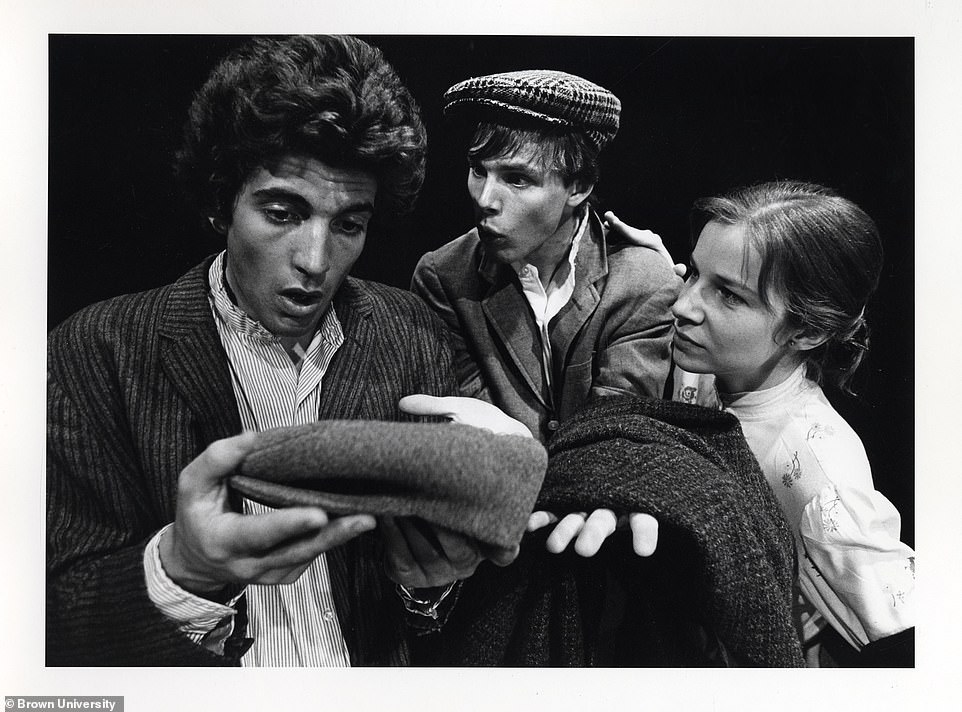 It was Carole Radziwill who first realized what had happened to her two friends.

She recounted what happened the night of the tragedy back in 2017 on the HLN docu-series How It Really Happened with Hill Harped in an episode entitled ‘JFK Jr.’s Tragic Final Flight’ earlier this year to take about that day.

In the two-hour retrospective, she detailed her final conversation with Carolyn as well as how she went about trying to locate the couple when she learned their plane had never made it to Martha’s Vineyard after taking off from new Jersey.

Anthony was in his final days after a decade-long battle with cancer at the time, and the trip was expected to be one of the last occasions the cousins would be able to see one another.

‘Carolyn called me from the plane right before they were taking off. And I think it was probably a little bit after 8 o’clock,’ said Radziwill of her conversation with Bessette earlier that evening.

‘I don’t remember anything really important from that conversation, I didn’t certainly think it would be the last time I would speak to my friend.’

She then added: ‘I remember at the end she said, you know, “I love you.” And, I don’t know, for some reason I didn’t say I love you back and that always stuck with me. And she said ‘I’ll call you when I land.’ And then that was the last I ever heard from her or anyone.’ 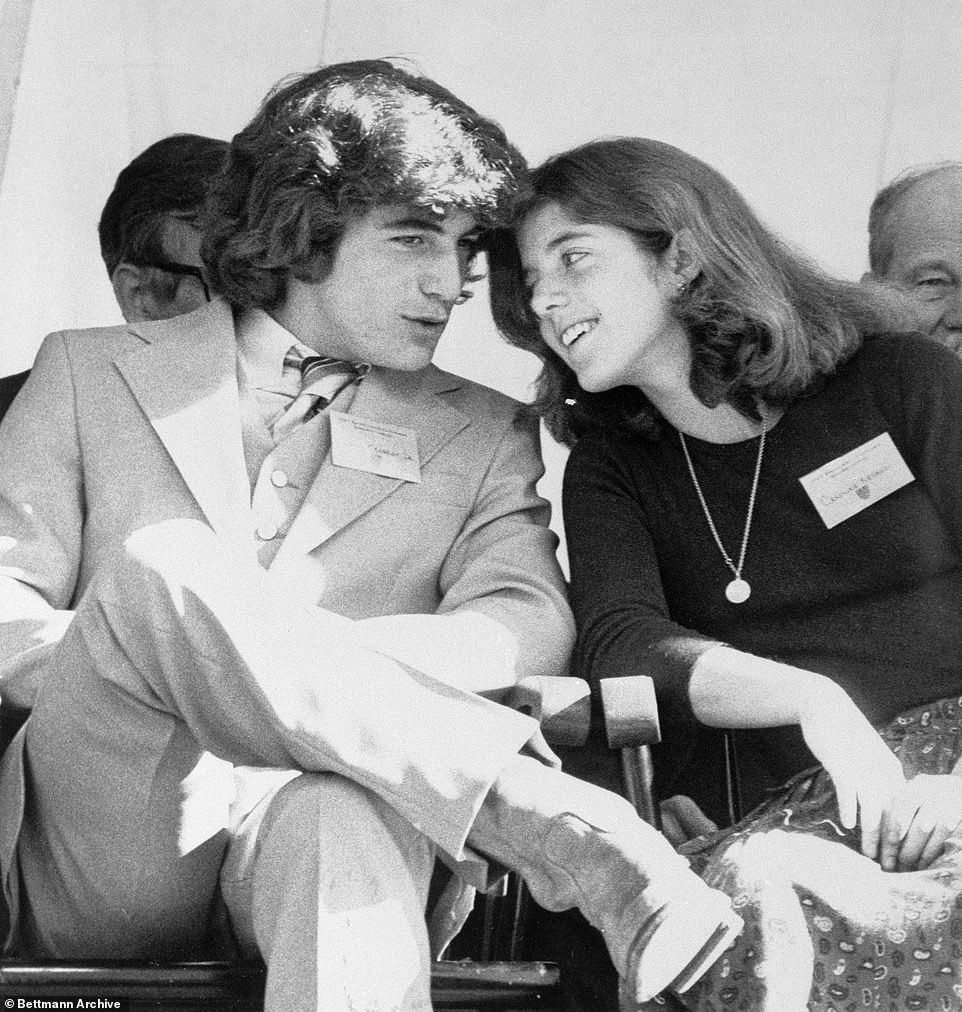 John and Caroline attending the dedication of the John F. Kennedy School of Government at Harvard University in 1979

John Jr playing Frisbee in Central Park with friends (left): and escorting wife Carolyn from their apartment in Manhattan shortly after their wedding (right) 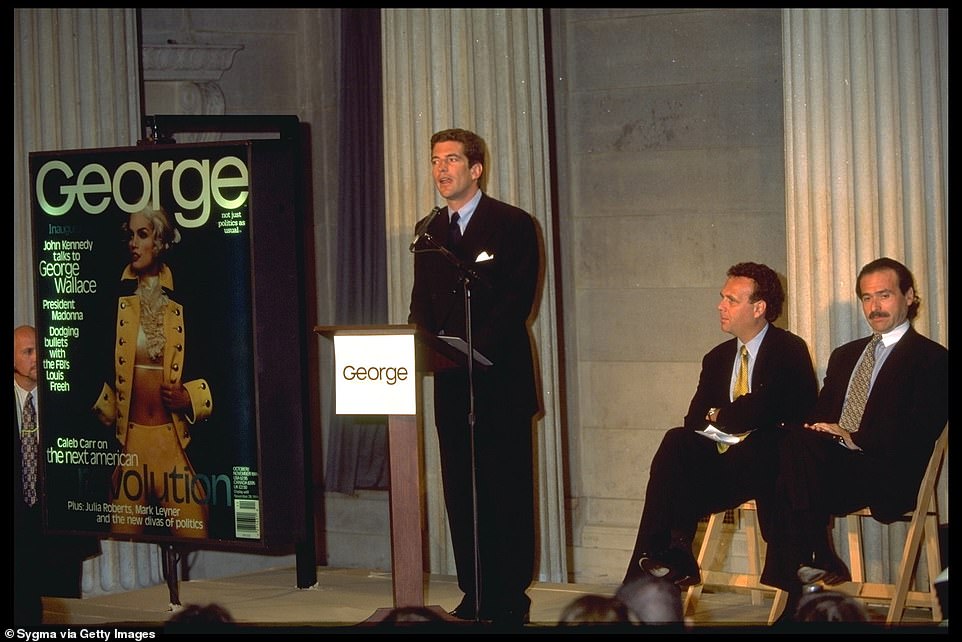 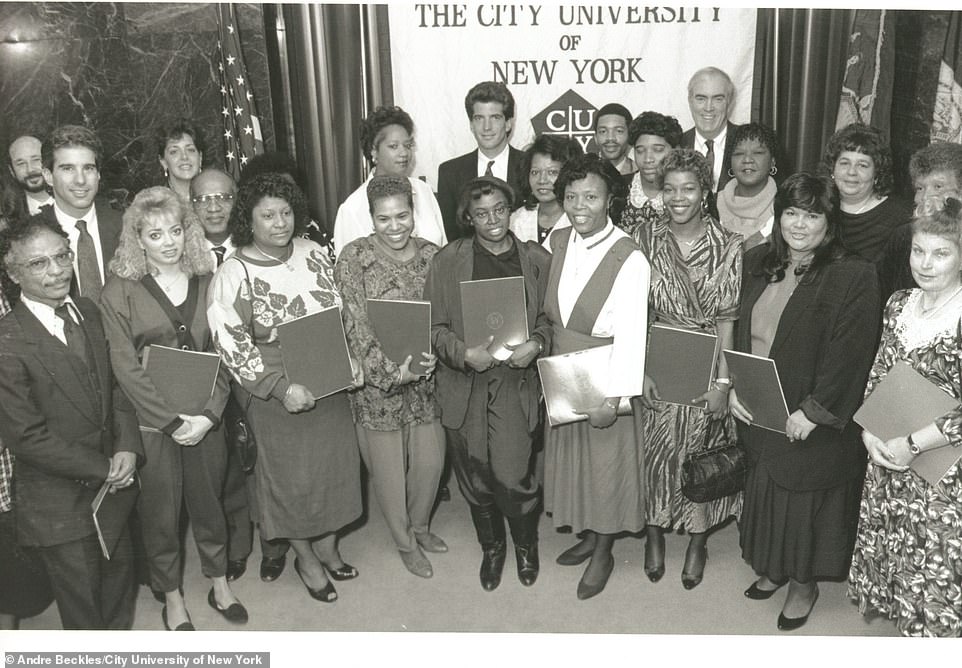 One of John’s greatest accomplishments was the creation of Reaching Up, which offered health care workers the opportunity to advance their careers (above in 1992)

With the festivities set to get underway on Saturday, Radziwill got a call the night before when John and his wife failed to make an appearance on the island.

‘The phone rang at midnight, and I got just this sick feeling in my stomach, and it was John’s friend Pinky, and he said, you know, “Are they there with you? I’m at the airport and they’re not here,”‘ recalled Radziwill.

In the end, there was nothing she could do to help.

‘And the whole time I’m calling John’s friend and screaming into the phone, “Please, you have to find somebody in John’s family, to tell, tell them what’s going on.”‘

Radziwill’s calls were not getting her anywhere however, and she soon started to realize that authorities would have to be notified about the two, who had been flying with Bessette’s sister Lauren.

‘It was probably between 2 or 3 when I realized I had to call the Coast Guard and report John’s plane missing,’ revealed Radziwill.

‘I said, “My cousin’s missing.” And, and then he took the name, and I think there was a little bit of a, like, a gasp on the other end of the phone.’

In the People interview, she reveals that she also spoke to John Jr.’s uncle Ted.

‘He said, “Let’s take it step-by-step.’ He had the same tone that I had three hours earlier,’ said Carole.

‘I felt envious of him at that moment, because he was at the beginning, when you could still believe things would end differently.’