On November 22, 1977, I stood on the Tarmac at JFK Airport with a crowd of excited journalists and VIPs.

A shout went up. We’d spotted, emerging from the light cloud, the drooping nose of the first supersonic passenger jet ever to cross the Atlantic on a commercial service.

This was Concorde. It had taken three-and-a-half hours — less than half the time of any previous flight.

The world had become a smaller place. This was the beginning of a new era in air travel. Concorde was a triumph.

And now, 43 years later, the next step in that bold adventure has been revealed.

On November 22, 1977, I stood on the Tarmac at JFK Airport with a crowd of excited journalists and VIPs. We’d spotted, emerging from the light cloud, the drooping nose of the first supersonic passenger jet ever to cross the Atlantic on a commercial service. This was Concorde

Sir Richard Branson and his Virgin Galactic company have formed a partnership with the engine builders Rolls-Royce to develop a new supersonic passenger jet.

It will make Concorde look like a wartime Dakota. Can you begin to imagine flying from London to New York in 90 minutes?

If you can . . . don’t. It’s not going to happen. The Virgin announcement is the equivalent of a small boy who’s just scored his first goal for his primary school football team telling his parents he’s been signed up by Liverpool.

And even if I’m wrong, you will not be one of the passengers. Not unless you’re a Goldman Sachs banker or a Russian oligarch. It is aimed at a minuscule group of super-rich businessmen who apparently regard it as essential that they’re able to have two breakfasts with two super-rich businessmen on the same day on two continents.

In short, it is an ego-driven pipe dream that is so half-baked it’s hard to know where to begin.

For a start, Concorde was not a success. If it had been, others would have followed. It was a great feat of engineering and rather beautiful, no doubt about that, but the world simply did not need or want supersonic air travel. 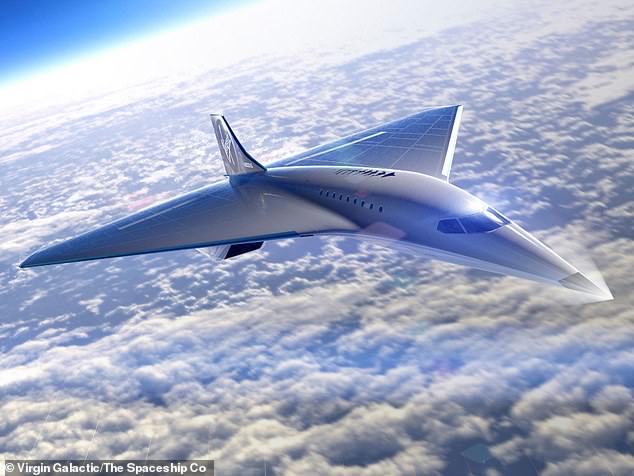 And now, 43 years later, the next step in that bold adventure has been revealed. Sir Richard Branson and his Virgin Galactic company have formed a partnership with the engine builders Rolls-Royce to develop a new supersonic passenger jet

It was absurdly expensive to fly, environmentally ruinous and technically unreliable. And, of course, hideously noisy.

And it never really recovered from a terrible crash that killed 113 passengers and crew in Paris in 2000.

But Branson is not alone in his bizarre ambition. Rivals such as Lockheed Martin, Aerion, Spike Aerospace and Boom Supersonic are all piling into the same game.

Why? Possibly because there has allegedly been some progress in developing so-called ‘quiet boom’ technology, which would mean we would scarcely hear the difference between planes flying over us at Mach 3 and a flock of starlings performing their murmurations at dusk.

And there’s another big promise — a real humdinger this one. It’s Virgin Galactic’s claim that their planes will use ‘state-of-the-art sustainable aviation fuel’.

Sure. And I’m just putting the finishing touches in my garden shed to a system for getting atoms to fuse together so we can all have free electricity for ever. But don’t tell anyone just yet.

Maybe I’m too sceptical. We are always discovering seemingly insuperable technical problems being overcome with enough time, effort and money. But there is one very simple question that needs to be asked about this obsession with speed.

What exactly is the point of it? Let’s take Branson at his word and dismiss any unworthy thoughts that the timing of his announcement might not be unconnected with the difficulties his more conventional airline business is facing. 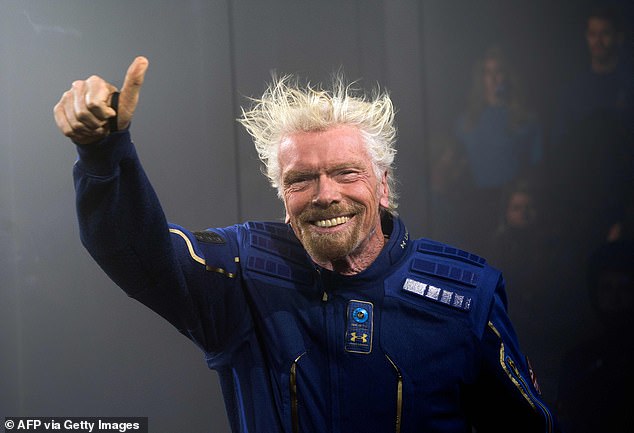 But Branson is not alone in his bizarre ambition. Rivals such as Lockheed Martin, Aerion, Spike Aerospace and Boom Supersonic are all piling into the same game

I confess that I was desperate to fly on the old Concorde. So much so that instead of flying direct from Johannesburg to my home in Washington, I once made a massive diversion to London.

When I got there, BA told me Concorde had been cancelled. But I flew on one eventually. It was rather more cramped than my first flight in 1965 on a Dakota DC3, and you didn’t get wonderful views because you were so high it was black outside.

But at least it was fast — or would have been without the 24-hour delay.

Branson has another ambition: sending us into space. A cool £190,000 will get you a seat in Virgin Galactic’s SpaceShipTwo to the edge of space and back. Possibly. One day . . .

Another British company has just said it’s building a balloon to do the same thing. This balloon will even have a ‘bathroom and a bar’ on board.

The American billionaire Elon Musk is in a different category. His SpaceX programme is testing a prototype Starship with a view to sending people not just back to the moon, but later to Mars.

Musk doesn’t want only to flog a space trip to rich thrill-seekers, though. He wants to save humanity. This week he told the two Nasa astronauts who’ve just come back on his Crew Dragon capsule: ‘When space travel becomes as common as air travel, the future of civilisation will be assured.’

Presumably he means we are making such a stunning job of destroying this planet that it will soon be uninhabitable and we will have to move somewhere else. So it’s pretty urgent.

Quite how we will transport eight billion people to Mars is a detail he has yet to address.

And anyway, there is a simpler solution.

Why don’t we stop doing our damndest to destroy the one planet that we have?

This is where slightly mad billionaire visionaries such as Musk really might come in useful. He has already made a serious contribution with his electric car.

But we still have to develop a battery that works properly and doesn’t consume an unsustainable amount of natural resources.

We still need to find a way to capture and store carbon emissions.

We still need to develop a material that replaces the plastic which is devastating the seas.

And we still need to find a way of killing every new virus before it kills us.

The timing of Branson’s super-Concorde story is not just bizarre. It’s irresponsible.

Barely six months ago, many wondered whether we might finally be living in a post-plague era. Covid-19 ended that dream.

The more we rush around the world, the greater the chance a new virus has of becoming a deadly pandemic.

Perhaps one lesson it is teaching us is that we need to concentrate our collective knowledge and resources on a more stable, self-contained world.

The one thing the post-Covid world does not need is the ability to fly to New York in 90 minutes.

Drivers, wake up and smell the coffee

Great news for us cyclists. Cambridge has a new Dutch-style roundabout which gives priority to bicycles; and pretty soon — if Boris Johnson gets his way — they will be everywhere.

It sounds promising, even though, inevitably, motorists are complaining that it’s very confusing.

Well, they would, wouldn’t they?

I can’t see what’s so confusing about having an outer ring on the roundabout with cycle crossings on each of the four approach roads.

But I’m one of the many cyclists who’ve had enough of motorists thinking the roads belong to them. Or at least I had until last week. At first, it was the usual story. I was cycling on a fairly busy road, staying as close to the kerb as possible. 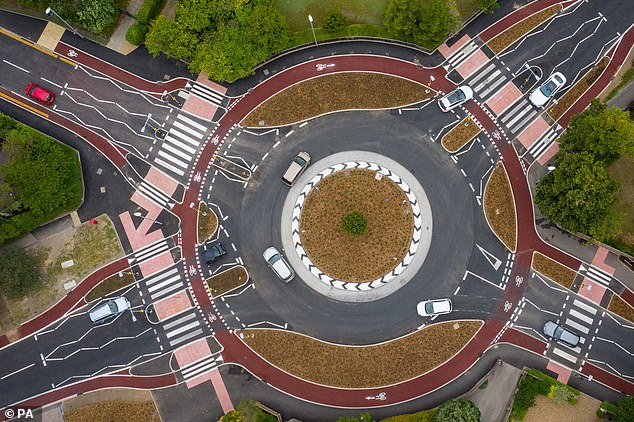 Great news for us cyclists. Cambridge has a new Dutch-style roundabout which gives priority to bicycles; and pretty soon — if Boris Johnson gets his way — they will be everywhere. Pictured: The UK’s first Dutch roundabout in Cambridge

A bus slowed down ahead of me and a car cut in, forcing me to brake sharply and nearly come a cropper!

I reacted with a cyclist’s habitual calm dignity. I mouthed a few choice Anglo-Saxon phrases ending in ‘off’ and raised my hand in a one-finger salute.

Normally, the motorist in these circumstances just keeps driving. Not this one.

He pulled up in front of me and started opening his door. Oh God! He was very big and strong and young. I’m not. And then it got worse. He went to his boot and rummaged around.

Obviously, he was about to retrieve the baseball bat he kept there for just such occasions. If not his sawn-off shotgun.

When he emerged, he was smiling apologetically. In his hand was a packet of what turned out to be a rather swanky new brand of coffee.

And then he drove off. Another assumption shattered.

And the coffee was excellent.