The former nightclub boss reckons his copy of Lesbian Sex Secrets For Men, signed ‘Love, Paris’ by the socialite, was taken during an Australian Federal Police raid on his Sydney mansion three years ago.

Ibrahim says Hilton posted him the book – subtitled ‘What Every Man Wants to Know About Making Love to a Woman and Never Asks’ – weeks after he thought she was going to join him for group sex.

He declined to comment when contacted by Daily Mail Australia but has told friends police seized the book then leaked the title to media in a ‘cheap shot’ to embarrass him.

A police source maintained the book was not taken from Ibrahim during the August 2017 raid and did not appear in a log of property seized from his Dover Heights home. 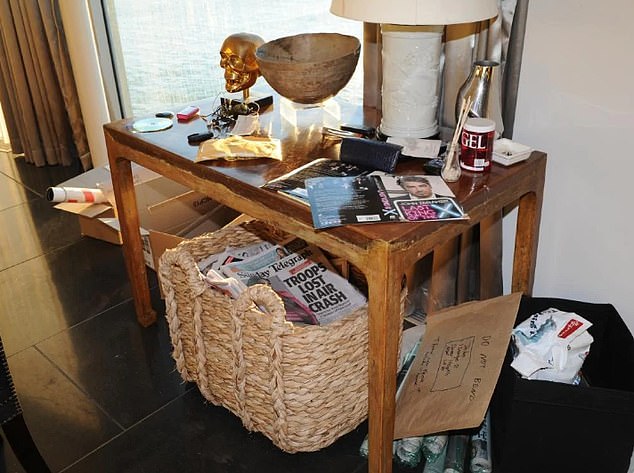 Ibrahim reckons his copy of Lesbian Sex Secrets For Men, signed ‘Love, Paris’ by Paris Hilton, was taken during an Australian Federal Police raid  on his home to embarrass him. A copy of Ibrahim’s autobiography Last King of the Cross is visible in this picture from that raid 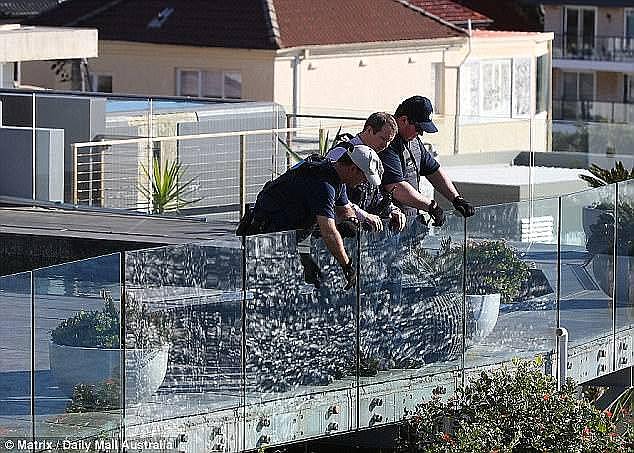 Ibrahim had picked up a ‘hot chick’ at the Piano Room in Kings Cross and gone to a Coogee house owned by businessman John Singleton, where he ran into the celebrity heiress.

The ‘King of the Cross’, who had met Hilton previously, called his radio mate Kyle Sandilands, who was still at the Piano Room party, and gave him a blow by blow account of what happened next.

Sandilands revealed the events of December 31, 2008 for the first time on his KIIS FM breakfast program on Wednesday morning, initially leaving out Hilton’s name.

Ibrahim told Sandilands he had planned to go home with the girl he met at the Piano Room but had ‘done a side step’ because Hilton was at Singleton’s Coogee house. 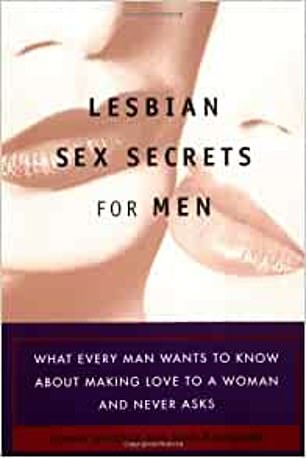 A few weeks after her encounter with John Ibrahim, Hilton mailed Ibrahim a copy of the book Lesbian Sex Secrets for Men

Ibrahim already knew Hilton well, Sandilands told his listeners. ‘There may have been an encounter or two in the past with [Hilton] a few years before that,’ he said.

Sandilands declined an invitation from Ibrahim to join him at Coogee but offered to meet him if he went back to his own Dover Heights mansion.

While Sandilands continued to party at the Piano Room he received another call from Ibrahim, who was in a bedroom at Coogee with Hilton and his new friend.

‘He rings me and goes, “Bro, I think I’ve somehow hooked myself up a three-way,’ Sandilands said.

‘He says, “I’ve just ducked out to get a couple of drinks, I’m going back into the room”.

‘Ten minutes later a text comes through: “No go, bro. Shut down.” And I thought that doesn’t sound like my friend John. He hasn’t been shut down from a three-way ever, I thought.

‘He rings me back half an hour later, bit down-trodden. He’s like, “Yeah, went back into the bedroom with the drinks and the whole vibe had changed”.

‘And he’s like, “OK, the girls are getting on very well together, chatting and getting close… ” John’s standing there with the drinks, trying to get in there…

‘Anyway, he gets back onto the phone to me and says, “Yeah, nah, they were too into each other and talking and getting close”.

Sandilands told his listeners that ‘just to add insult’ to an already disappointing episode for Ibrahim, police had later seized and kept the book.

‘He’s got quite a huge book collection,’ Sandilands said. ‘Out of all of the books… they took this lesbian’s guide book and there’s no real reason they took that.’ 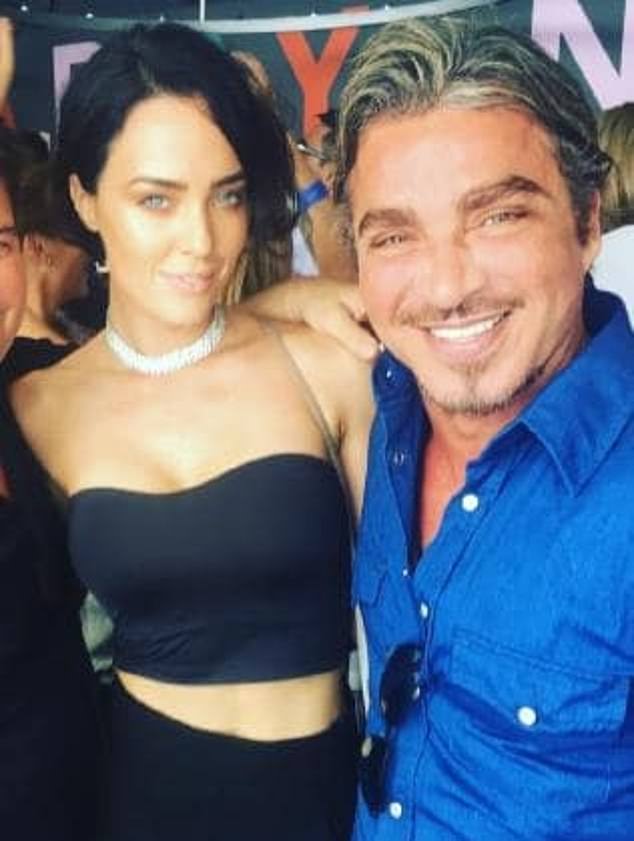 John Ibrahim was single when he had his encounter with Paris Hilton at a New Year’s Eve party in Coogee. He is pictured with current longtime girlfriend Sarah Budge 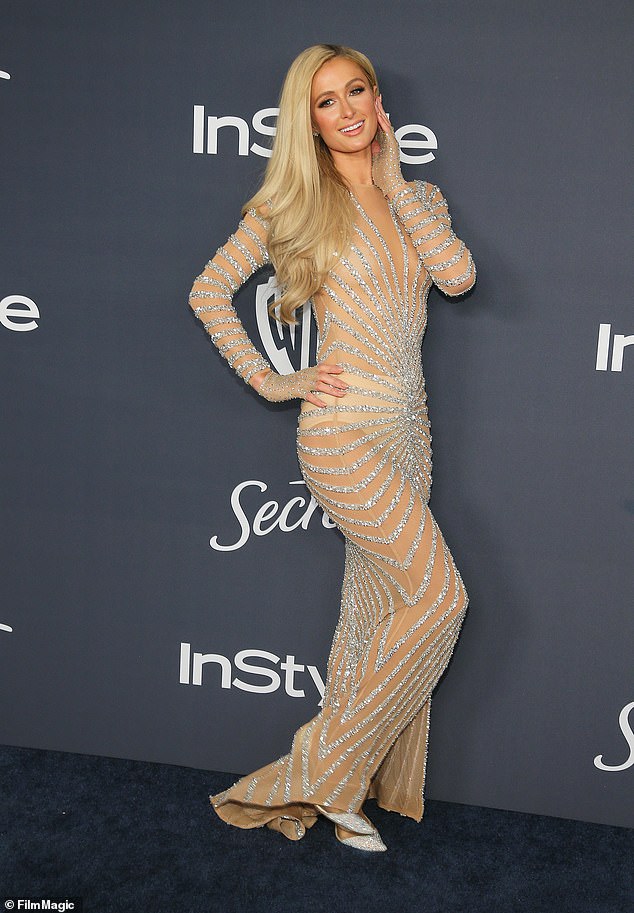 Ibrahim already knew Hilton (pictured) well before their New Year’s Eve, Kyle Sandilands told his listeners. ‘There may have been an encounter or two in the past with [Hilton] a few years before that,’ he said

‘For men, the intimate workings of the female body have long remained one of the great mysteries of the universe. What gives her the most pleasure? Where should you be touching her – and how?’

‘Fortunately, there are some people who can offer men the empirical knowledge gained from a lifetime of pleasing women – and getting pleased by them.

‘This frank, frolicsome, and wonderfully illuminating book draws on the sexual advice and sex secrets of lesbians to help men become better lovers.’

A bookmark led Ibrahim to a highlighted passage which said: ‘An introduction of a stranger brings added excitement. Do not feel left out if your usual partner naturally gravitates to the third party. It is the unfamiliar that is exciting.’

Hilton had then signed it, ‘Love, Paris’. 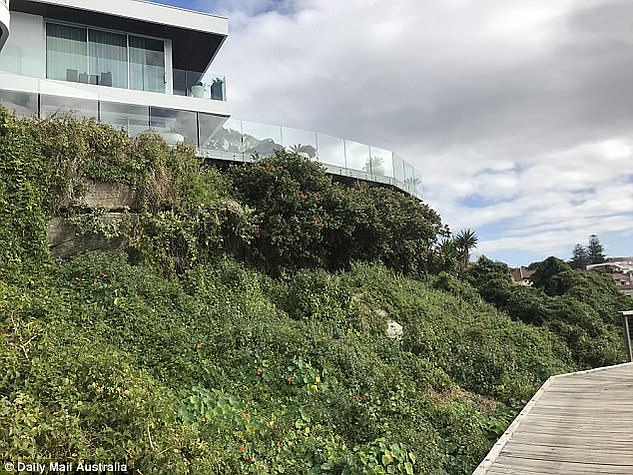 Lesbian Sex Secrets sat in Ibrahim’s library until police investigating the activities of some of his family members and associates executed a search warrant on his home (pictured). It was the only title in his collection of about 375 books seized by police and has never been returned

Sandilands said Ibrahim had never decided exactly what Hilton meant by sending the book but he believed it was ‘taunting and teasing’ his friend.

‘She knew he wanted it,’ Sandilands told his listeners. ‘She obviously knew that it wasn’t going to happen and that the two girls connected and he was left out.

‘He still doesn’t know if she was laughing at him like, “Ha, ha – I knew what you were trying to do” or if it was an excuse why it didn’t happen.

‘I told him he should never have gone out for the drinks.’

According to Ibrahim the book sat in his library until August 8, 2017, when Australian Federal Police investigating the activities of some of his family members and associates executed a search warrant on his home.

It has been reported his library includes true crime books, biographies of historical figures such as Adolph Hitler, as well as a manuscript for the classic Al Pacino movie Scarface.

Other books include Ibrahim’s own autobiography, Last King of the Cross, and a memoir by his mate Sandilands called Scandalands.

Ibrahim says the only title in his collection of about 375 books seized by police from Operation Veyda was Lesbian Sex Secrets For Men and it has never been returned.

A spokeswoman for the AFP said the body did not comment on operational matters but a source told Daily Mail Australia there was no record of the book being seized.

A spokeswoman for the New South Wales Police Force, which took part in Operation Veyda, referred inquiries to the AFP, as they led the investigation.