The jury in the 29-year-old’s NSW District Court trial returned a verdict on two of the three charges late on Tuesday afternoon.

The model and restaurateur was cleared of defacing the gun of its serial code and also of possessing gun ammunition.

However, the jury remain unable to agree on a third charge of whether she knew about the gun being stored in the wardrobe of her Double Bay apartment.

Sarah Budge (pictured arriving at Sydney’s Downing Centre court on Tuesday) has been found not guilty of two charges of gun possession, but the jury is still deliberating on a third charge 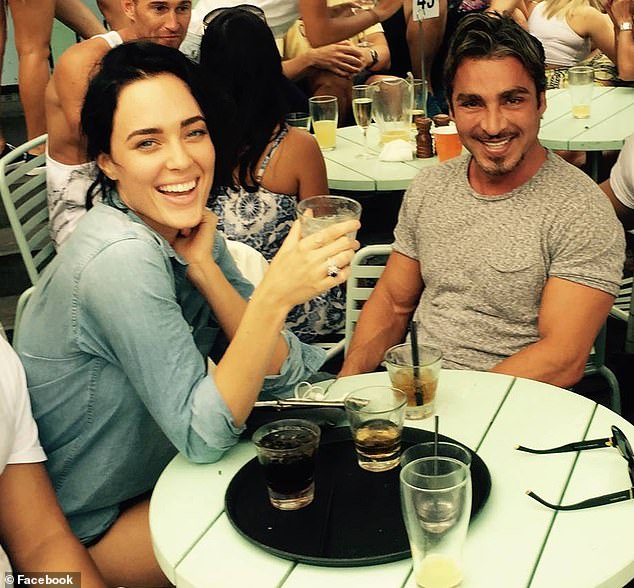 Budge, 29, the girlfriend of Sydney nightclub owner John Ibrahim, 51, will have to return to the Downing Centre District Court on Wednesday as she waits to learn her fate on a third charge of whether she knew that a stolen Glock 26 pistol was hidden in the wardrobe of her Double Bay apartment

Budge had endured three long days of waiting as the jury of six men and six women considered its verdict after retiring on Friday morning.

But she will return to Sydney’s Downing Centre court complex on Wednesday as the jury continues to deliberate over the third charge.

Budge pleaded not guilty to the three weapons charges which were laid after police found the stolen Glock 26 pistol and a loaded magazine during a raid of her unit in August 2017.

During her trial of almost three weeks, Budge’s lawyer Simon Buchen SC contended it was highly probable her boyfriend Mr Ibrahim or one of his associates hid the gun and ammunition in her bedroom wardrobe.

The model and restaurateur testified to having no knowledge of the items, saying she had confronted her boyfriend over the gun after her arrest.

She said he told her while he knew how a pistol came to be in her apartment, he refused to tell her more, saying she was in enough trouble as it was.

Before Budge was first charged with gun possession in 2017, she was virtually unknown. 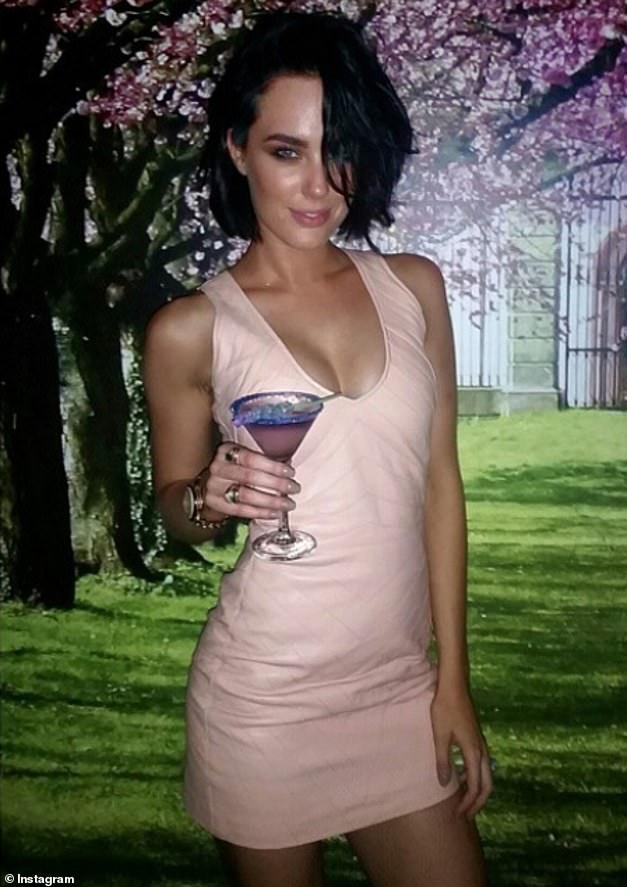 Sarah Budge (pictured) burst onto the Sydney socialite scene in 2013 when she began dating the city’s famous nightclub owner and businessman, John Ibrahim 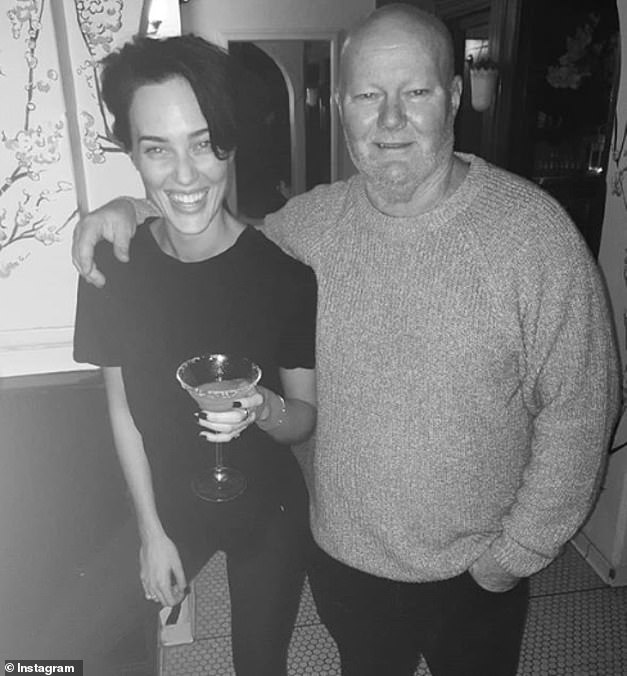 Budge, 29, has been supported by her father Mark (pictured) everyday during her NSW District Court trial

The 29-year-old from Gladesville, in Sydney’s northern suburbs, arrived on the scene when she was first seen on the arm of Ibrahim in 2013.

Just months earlier Budge had opened her own venue ‘Crane Bar’ in the same Kings Cross district where her boyfriend rose to fame and fortune.

Over the past 10 years Budge also worked as a model, featuring in TV campaigns for Virgin Australia and regularly photo shoots for lingerie and swimwear brands.

Despite being represented by agencies such as Scoop and Chic, in recent years she focussed on her successful Kings Cross venue. 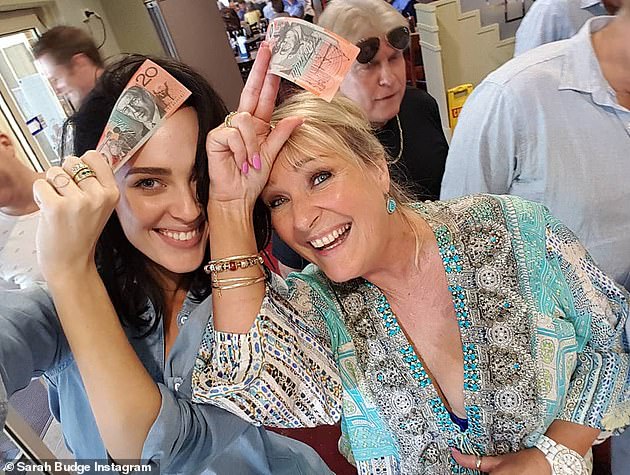 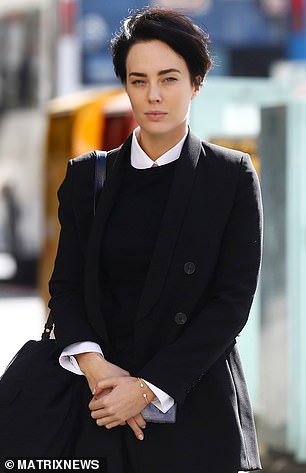 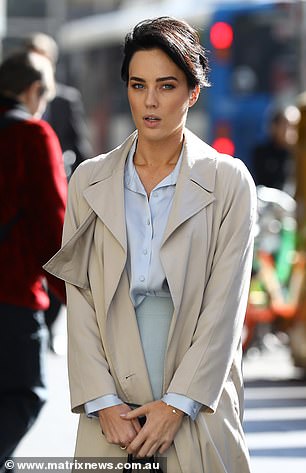 She opened Crane Bar in December 2012 and less than six months later would meet Ibrahim.

At this stage he was a high flying bar owner who had been immortalised around the country following his portrayal by Firass Dirani in ‘Underbelly: The Golden Mile’.

Budge told her gun possession trial this week that her relationship with Ibrahim over the past six years had been ‘up and down’.

She said he had only been to her house ‘twice’, on one occasion he reportedly told Budge she got ‘the small, shitty room’, the court heard. 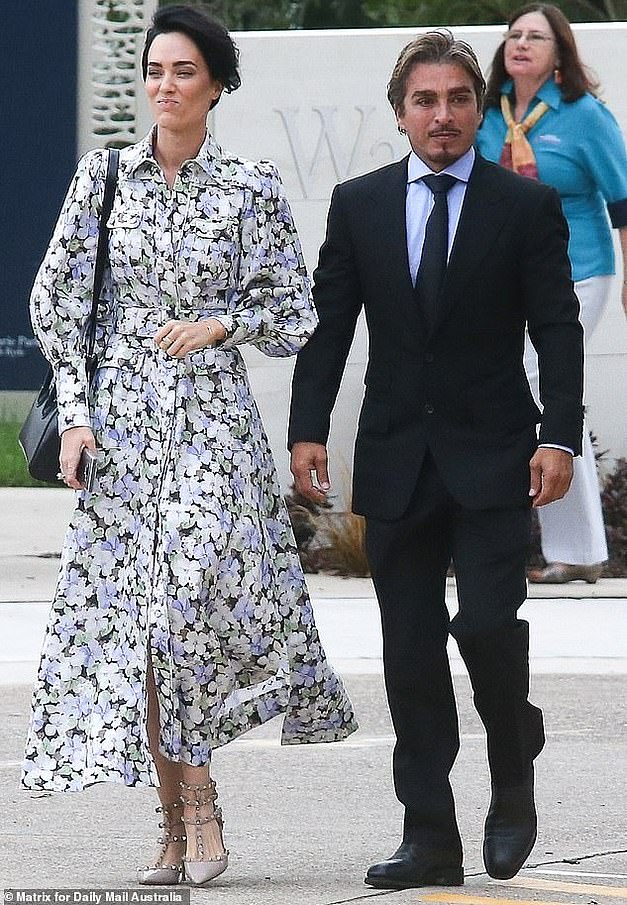 Despite having been in a relationship for six years, John refuses to let Budge move into his big clifftop home claiming ‘he likes his space and his privacy’

Despite regularly posting photos from the balcony of Ibrahim’s sprawling clifftop mansion at Dover Heights, in Sydney’s eastern suburbs, the court heard Budge had been prevented from moving in.

While he has kept Budge out of his mansion, Ibrahim has regularly accompanied her to family events.

Budge’s brother Jack has posted multiple photos with Ibrahim on Facebook, often at bars and eateries across Sydney.

The nightclub boss was also by his girlfriend’s side when tragedy struck the family in 2017 as her mother Leone was diagnosed with cancer.

Mrs Budge passed away in March this year, with her daughter paying tribute on social media in the days that followed. 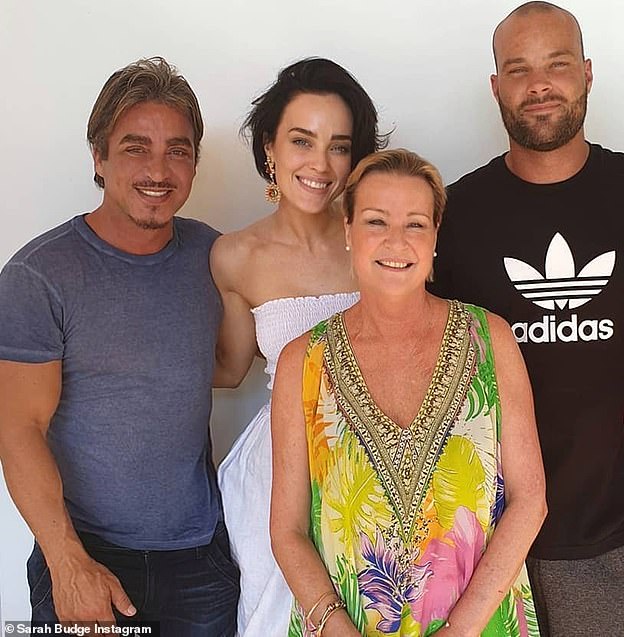