The tumultuous relationship between Sydney nightclub owner John Ibrahim and his model girlfriend has been revealed after private text messages were read out during her court trial for gun possession.

Little more than a week before Budge was arrested on August 8, 2017, she had sent a text to her older boyfriend asking why he wasn’t responding to previous messages.

The exchange revealed on Tuesday during the third week of Budge’s trial before the NSW District Court, was one of several confrontational conversations the pair had over text.

Sydney nightclub boss John Ibrahim (pictured) did not hold back when his model girlfriend Sarah Budge asked why he wasn’t responding to texts, the NSW District Court has heard 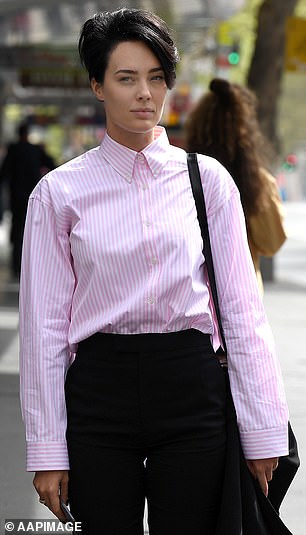 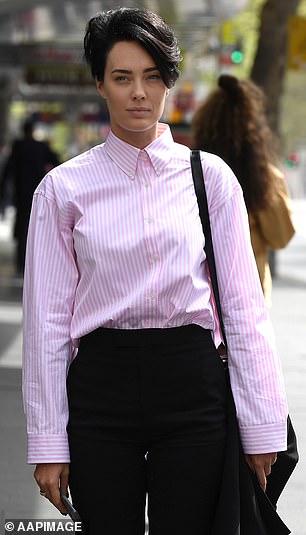 Budge, a 29-year-old bar owner and Ibrahim’s long-term girlfriend, is currently facing three charges relating to possession of a Glock 26 pistol which was found at her Double Bay home

A bar and restaurant owner who has been dating Ibrahim since 2013, Budge asked why he was not replying when he sent her the no-nonsense response.

The court heard that the pair’s relationship had been tumultuous, but that Ms Budge had been forthright in telling her famous lover she wanted to start a family with him.

On July 16, 2017, Ms Budge asked Ibrahim – who she had saved in her phone as ‘Sexy John’ – to call her as she ‘wanted to feel close’ to him, The Daily Telegraph reports.

‘Can you please call me? This is just getting mean now… can you just give me a time to come so I’m not sitting around like an idiot all day? … I want to feel close to you besides not seeing you all week. But who cares when it comes to me.’

Less than a week later, on July 21, a crying Ms Budge text Ibrahim and complained he did not make time for her.

‘Now I won’t get to see you before you go away. You want me working, that means I’m only free on the weekend… I’m never going to see you unless you actually start planning ahead and being fair. At home now in tears… surely you can see I don’t want to be alone.’

When more than a week later she was yet to receive a response from Ibrahim, Budge sent him another message asking why.

The prominent nightclub owner responded: ‘not answering means I don’t want to talk to you.’ 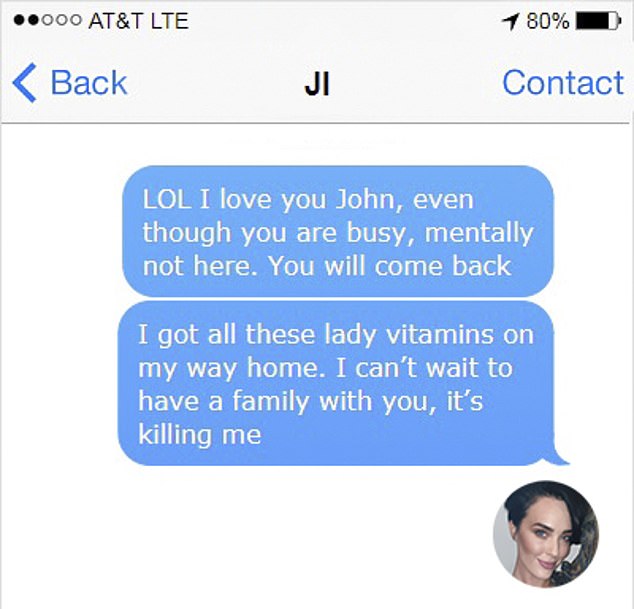 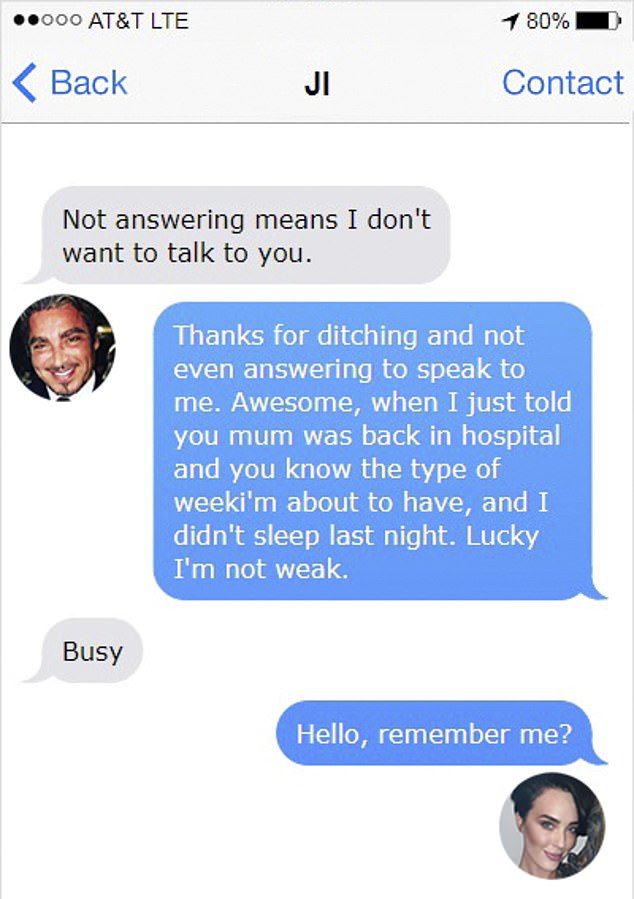 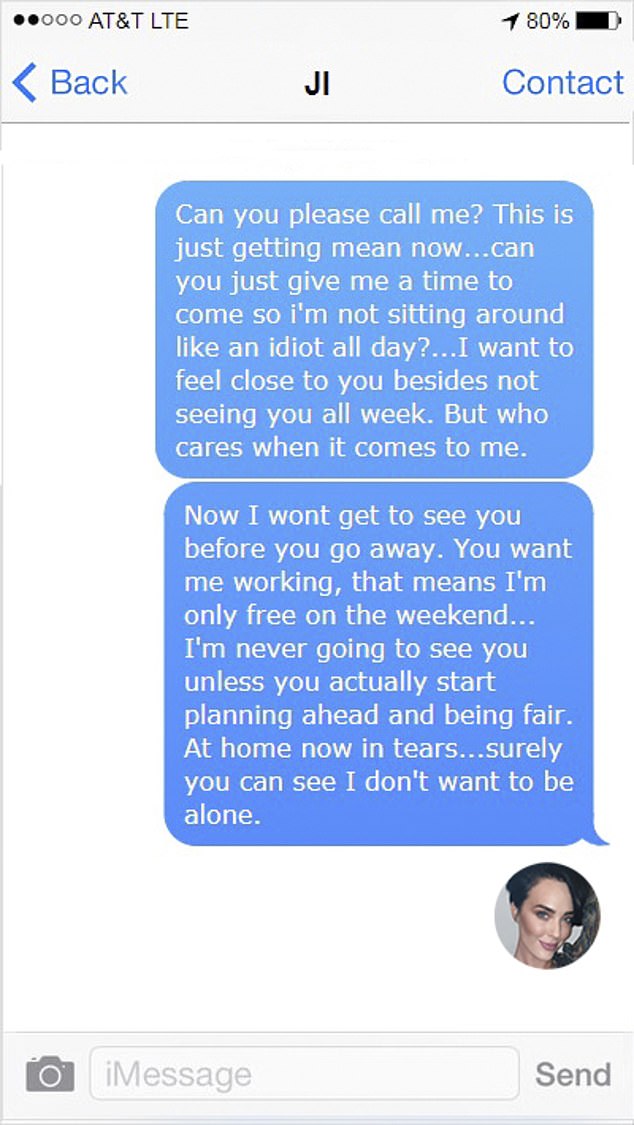 The text messages were sent in the lead up to Budge being arrested on August 8, 2017, after a raid on her home 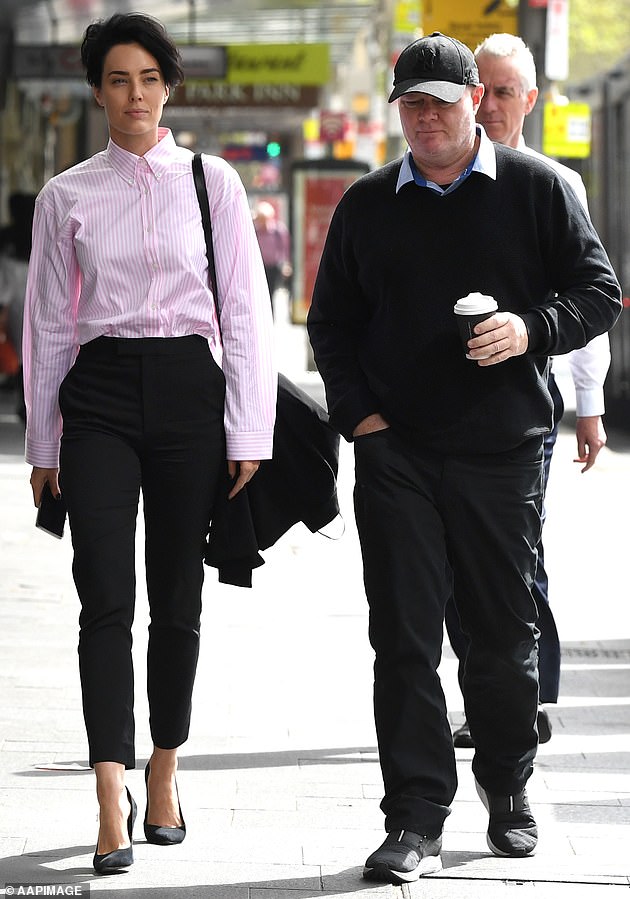 Ms Budge arrives at court on Monday alongside her father Mark, who has accompanied her for all her appearances during the trial

In further messages on August 6 – just 48 hours before police raided her Double Bay unit and arrested her – the striking black-haired model sent him a follow up message.

‘Thanks for ditching and not even answering to speak to me. Awesome, when I just told you mum was back in hospital and you know the type of week I’m about to have and I didn’t sleep last night. Lucky I’m not weak.’

A day later Budge continued to attempt to get his attention.

In other texts Budge expressed her love for the nightclub figure and confidence that he would ‘come back’ to their relationship.

‘I love you John, even though you are busy, mentally not here. You will come back.’

She also told him about buying ‘lady vitamins’ and that she was so excited about the prospect of beginning a family with him that it was ‘killing’ her.

On August 8, 2017, police raided her shared two-bedroom apartment and discovered a Glock 26 pistol without a serial number and a magazine loaded with 17 bullets.

She was charged with three possession offences and has pleaded not guilty to them all.

Budge told the Downing Centre District Court jury that she had never seen anything indicating her boyfriend had a connection to guns of criminal activity.

She said she had no idea the gun was in her bedroom wardrobe but, given Mr Ibrahim had her unit’s spare keys, he or one of his associates could have put it there. 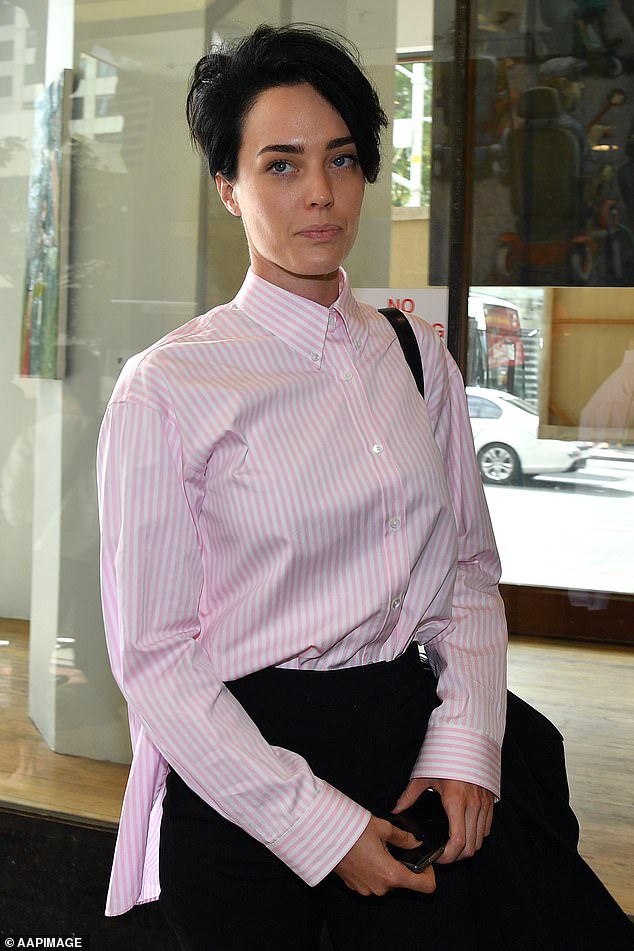 Model and restaurateur Sarah Budge, who has dated the 51-year-old Sydney identity since 2013, gave evidence on Monday during her NSW District Court trial on weapons possession charges 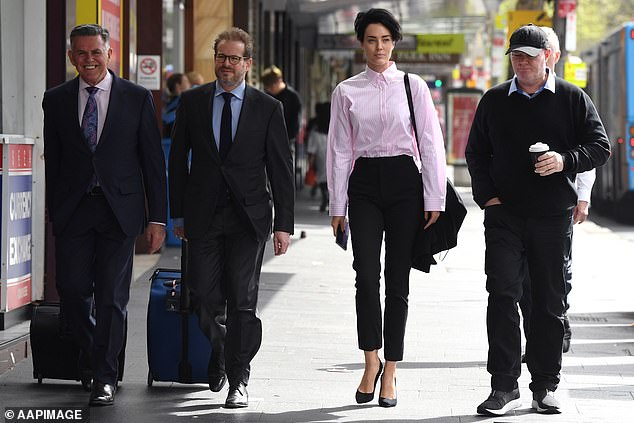 Budge, 29, has pleaded not guilty to three possession charges after police found a defaced Glock 26 pistol and a magazine loaded with 17 bullets in her Double Bay unit in August 2017

Budge didn’t know how to load or unload the pistol, find the safety button or use the magazine, and would have said no if asked by Mr Ibrahim to hide a gun.

‘There’s no way I’d have something so dangerous near me or in my unit,’ she said.

She acknowledged his ‘colourful identity’ and that two of his siblings had been convicted of gun crimes.

However, she said she had never seen anything that indicated Mr Ibrahim was involved in crime and had only seen him handling a gun twice – at shooting ranges during overseas holidays.

Her understanding of his business was that he had stepped back from running venues in about 2013 and now managed a property portfolio, holding meetings at his home and local cafes.

‘When he does business meetings and stuff like that, I’m never present,’ she said.

‘I wouldn’t be at the same table.’

The jury heard Mr Ibrahim published his autobiography Last King of the Cross in July 2017.

Budge said she played a key role in the book’s development, transcribing and editing notes over eight months on a laptop Mr Ibrahim bought specifically for that book.

That laptop containing unedited manuscripts was a key reason for police searching her unit in August 2017, the jury has heard. 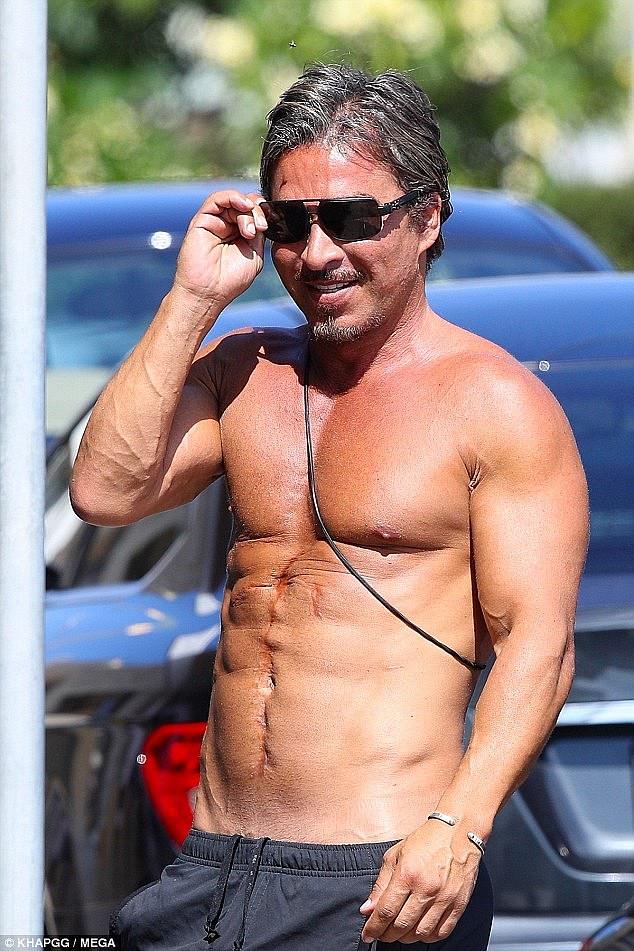 But Budge said she hadn’t brought it to the apartment.

‘I noticed it on my bed (one day) so I thought John must have dropped it off,’ she said.

Budge said her relationship was unstable about the time of the book’s release and she felt ‘like crap’ when Mr Ibrahim claimed during a radio interview he was single.

The jury has previously heard the spare Glock magazine was found in a chemist’s paper bag, which contained Budge’s fingerprints and a fingerprint of former strip club manager Michael Amante.