John Jarratt and his wife have spoken out for the first time since the actor was found not guilty of sexual assault.

The 66-year-old film veteran was acquitted by a District Court jury last week after a week-long trial.

The actor’s former flatmate had claimed he violently raped her in their sharehouse in Randwick, Sydney’s east, in 1976.

The woman alleged she was woken up by Jarratt ripping off her bed covers and underwear before pinning her down and raping her – while his wife Rosa Miano slept in another room.

Jarratt- whose credits include Wolf Creek, Picnic at Hanging Rock and TV series McLeod’s Daughters – had maintained his innocence from the moment he was charged in August 2018.

In an exclusive interview with 60 Minutes Jarratt’s wife, Rosa Miano, slammed the claims as ‘scary’ and ‘cruel’, saying the ordeal put her husband through one of the darkest periods of his life (pictured, Jarratt with wife Rosa Miano)

Speaking to 60 Minutes on Sunday, Jarratt fired back at the claims, calling them ‘absolutely ludicrous.’

In a bombshell revelation, he explained he, himself, was part of the MeToo movement having been raped at the age of 13.

‘The idea of raping somebody is the most shocking thing in the world. I’ve been raped, I know what it’s like,’ he said.

‘I didn’t tell anybody. I didn’t consider going to the police at all. I was in a boarding school and I wasn’t the only person who was interfered with.

His wife Rosa appeared alongside her husband, slamming the allegations against him as ‘scary’ and ‘cruel’, and said the ordeal put him through one of the darkest periods of his life.

‘He’s the wounded lion, at the moment. Really wounded, gutted,’ she said.

‘It’s scary to realise that someone can be taken to that edge to even go as far as taking your own life. That is really scary. That is what could happen in this scenario.

‘It’s not light entertainment for people’s pleasure. You know, to see, “ooh, did he? Didn’t he? Ooh, scandal.” It’s just so deep and so cruel.’

During the interview, Jarratt admitted he cheated on Miano by having sex with the woman during a one-time affair, but maintained the act was consensual.

He said he was seduced by his accuser when she called him into her bedroom after he arrived home late one night.

Jarratt said the woman’s description of the alleged rape was ‘absolutely ludicrous’.

‘She started saying how exciting it is to be in movies and she found me attractive, which is sort of seductive,’ he said of his former flatmate.

‘I weakened to that, and one thing led to another and I had consensual sex with the person. And I went back to my wife.’

Jarratt and Miano first married in 1974 and divorced in 1988. The actor went on to have two other marriages before remarrying his ex-wife in 2017.

Miano stood by her husband’s side even after she learned her husband had been unfaithful.

Jarratt eventually confessed to his wife years later while their marriage was on the rocks.

‘It’s painful to hear there’s been an infidelity in a relationship. It’s betrayal,’ Miano said. 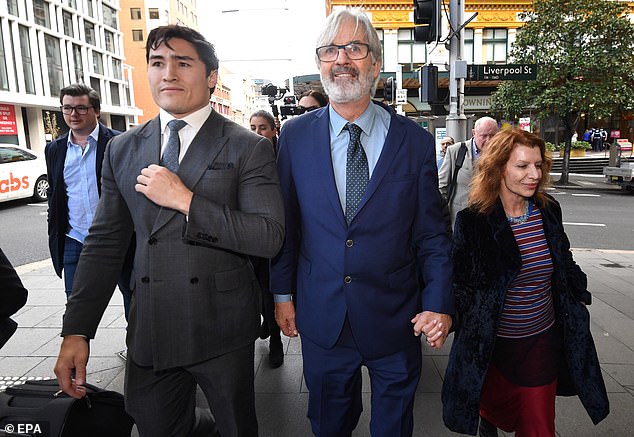 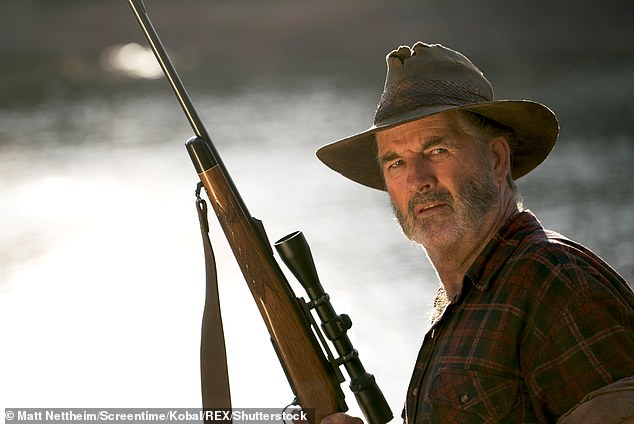 When asked if she was angry listening to the details of her husband’s actions in court, she admitted she has left the past behind.

‘I’ve had that time, though. We’ve had that conversation, we’ve gone into all that, way before all this,’ she said.

‘I think there were layers of forgiveness. It’s not an easy thing to forgive straight away, but we’ve been able to work through it.’

After their encounter, Jarratt claimed there was no further intimacy or any animosity between them.

He explained it was ‘a bit awkward’ at first, but then the two ‘sort of forgot about it.’

The woman eventually confessed to Miano, but described the incident as a one-time fling and never mentioned rape.

‘It was only a one night stand, and nothing… but, “What a bastard. What a cheat. He cheated on you with me”,’ Miano said.

‘It was sex. It was an infidelity.’

Revisiting the home where the woman claimed the rape happened, Jarratt says the house is like a ‘horror mansion’.

‘It’s a beautiful home but I’m looking straight at the bedroom where this alleged event happened, it’s like a horror mansion to me now, it’s just awful,’ he said.

The actor said the moment he found out about the accusation, via a phone call from his then-agent, was one of ‘pure dread’.

‘When I finished the phone call I just sat there. It was just dread, pure dread,’ Jarratt said on the program.

‘And then my daughter tapped me on the shoulder and said, what’s up Papa?… And I said, ‘It’s really bad, this is really bad, I’ve been accused of rape and it’s going to be in the newspapers.’ 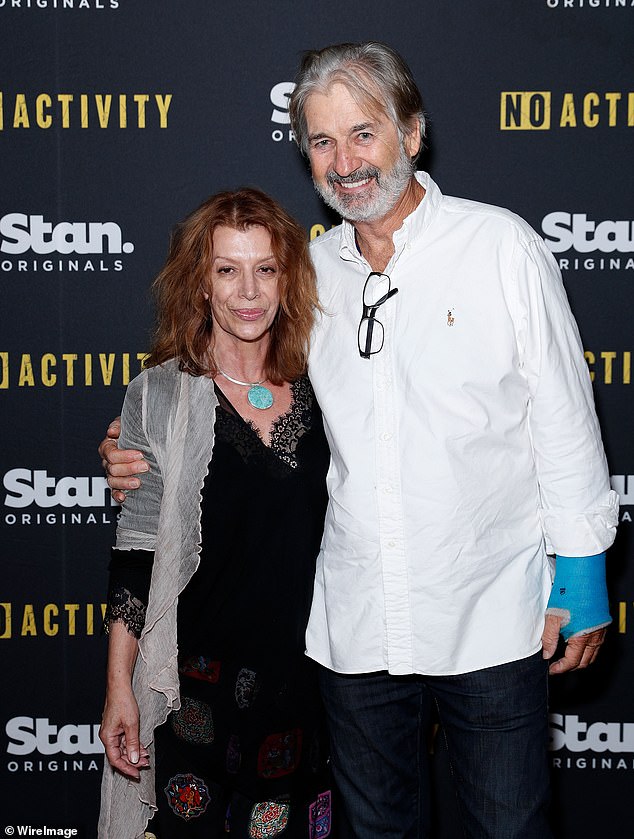 Jarratt and Miano first married in 1974 and divorced in 1988. The actor went on to have two other marriages before remarrying his ex-wife in 2017 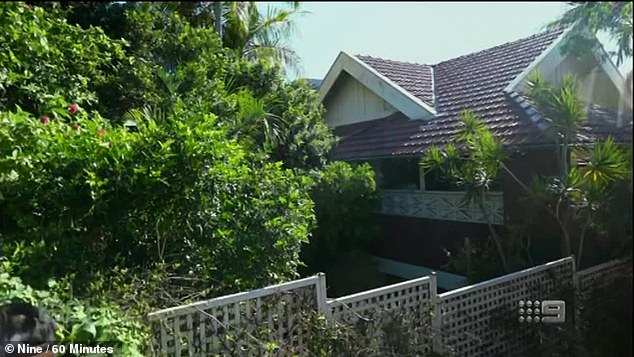 The court had heard of the alleged victim’s long-term friendship with the couple, including how she went on holiday with them and how Jarratt even helped her get a job in a movie.

‘The allegation was made in the year that the MeToo movement was going crazy,’ Jarrat said.

‘Also, when I received the phone call, I was in Wolf Creek series two, 65 years old and the top of my profession.

‘I feel like this person has looked at all that and thought: ”this person got a few bucks, he’s doing all right,”‘ he said.

The woman’s case against Jarrett began to fall apart after the court continued to find inconsistencies in her allegations.

During a cross examination, she was asked if she had ever visited Jarratt on the set of a movie in Cairns years after the alleged assault.

The woman denied seeking out the actor, but photos later proved she had attended Jarratt’s film wrap party where she allegedly identified herself as his friend.

Jarratt had been facing up to 14 years in prison if convicted.

The actor was able to clear his name after the jury reached a unanimous verdict of not guilty after just 15 minutes.

Despite his acquittal, Jarratt said the allegations have ultimately damaged his career and made him a social pariah.

He is now calling for a change in the laws that allows both parties to be named only if there is a conviction.

‘I happened to be well-known which makes it a million times worse,’ he said.

‘The person who is the perpetrator of an evil lie, walks away scot-free, with a suppression order. That’s wrong.’