John Jarratt has revealed he is shooting a rom-com after he was acquitted of sexual assault.

The Wolf Creek star, 66, was found not guilty of raping his former roommate in 1976 at the NSW District Court in July.

Since then, Jarratt has been a vocal critic of the Australian legal system which saw him ‘dragged through the mud’ for two years.

The damaging accusations threatened to derail his career, however Jarratt has now revealed he is in the process of shooting a romantic-comedy, Christmas Down Under.

The rom-com is about a foreign woman enlisting the help of an Indigenous tracker and YouTube personality to track down ‘her husband and his eclectic family’.

Jarratt is also involved in the third Wolf Creek film and will also appear in a science fiction film titled Dunamis.

But despite clearing his name Jarratt says he is still traumatised by the whole ordeal.

During an interview on Sunrise on Thursday the star said it was ‘horrendous’ having to explain what rape was to his granddaughter.

‘I spent two years of being accused of a rapist, it destroyed my career and my life and my family for two years,’ he said.

‘And we had to describe the word rape to my 10-year-old granddaughter. It was horrendous and no one should have to go through it and I want to change it.’

During the trial Jarratt’s accuser told the court she was woken about 3am by the actor rippin off her bed covers and underwear before he pinned her down, covered her mouth with his hand and raped her. 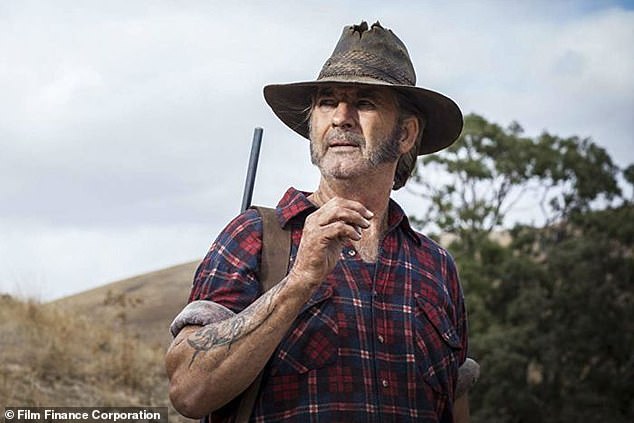 Jarratt, most well known for his role as serial killer Mick Taylor in Wolf Creek (pictured), was found not guilty of rape by the NSW District Court in July after a former room mate accused him of raping her in 1976

But the jury returned its verdict of not guilty at the earliest opportunity.

‘Thank you,’ Jarratt said as he left the dock.

He then met reporters outside the court and expressed a profound feeling of relief.

‘I’m over the moon. I’m just so relieved … no man should have to go through what I went through,’ he said.

Jarratt reiterated his thoughts during the Sunrise interview saying it wasn’t fair for the accused to have their name made public while an accuser was given anonymity before a trial starts.

‘If I turned up day one (of the trial), on the Monday, and then the press said ”oh it’s John Jarratt he’s been accused of rape” and then by Friday I come out shining and is a brilliant result, that’s four and a half days of scrutiny,’ he said.

The actor never disputed he had sex with the housemate after arriving home late one night from a meeting with a director.

But he insisted he was walking to the room he shared with his wife when he heard loud whispering from the housemate beckoning him into her room.

She said she’d recognised him from a movie when she first visited for the housemate interview and found him attractive, Jarratt told the court.

Jarratt said after the encounter there was no further intimacy nor animosity between them.

He said he couldn’t have gone through this horrifying ordeal without his family beside him supporting him. 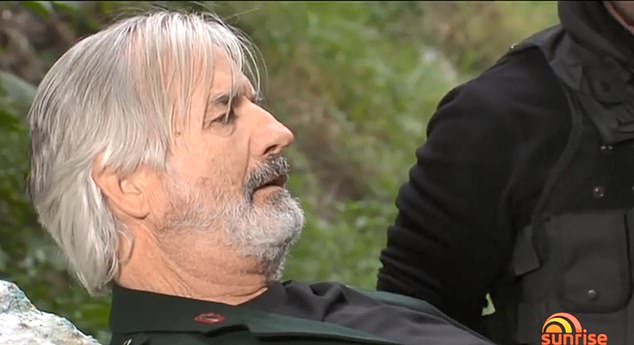 In a sign of a positive future the actor also announced he was in the process of shooting a romantic-comedy, Christmas Down Under