A billionaire pharmaceutical entrepreneur was arrested and charged with fraud and racketeering for his alleged part in an opioid prescription scheme on Thursday.

The case naming Kapoor follows December 2016 indictments against the company’s former CEO and other executives and managers on allegations that they provided kickbacks to doctors to prescribe a potent opioid sublingual spray called Subsys.

Insys Therapeutics founder John Kapoor, 74, was arrested and charged with fraud and racketeering for his alleged part in an opioid prescription scheme on Thursday

Insys Therapeutics, an opioid medication maker, has faced increasing scrutiny from authorities across the country over allegations of pushing prescriptions of powerful painkillers amid a drug epidemic that is claiming thousands of lives each year.

In the new indictment, Kapoor, of Phoenix, Arizona, and the other defendants are accused of offering bribes to doctors to write large numbers of prescriptions for the fentanyl-based Subsys pain medication that is only approved by the FDA for used by cancer patients with severe nerve pain.

Most of the people who received Subsys prescriptions did not have cancer.

The indictment also alleges that Kapoor and cohorts conspired to mislead and defraud insurance providers who were reluctant to approve payment for the drug when it was prescribed for patients without cancer. 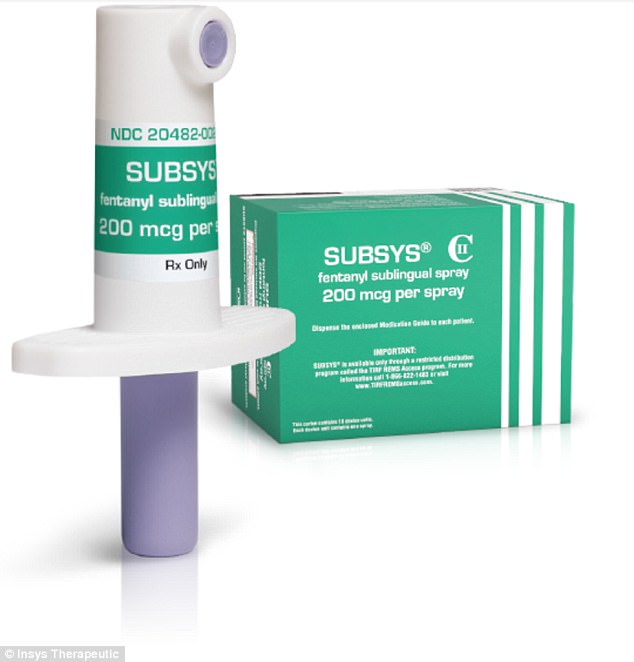 Authorities claim that Kapoor and other company employees offered bribes to doctors to write large numbers of prescriptions for the fentanyl-based Subsys pain medication spray, which is only FDA-approved for treatment of cancer patient nerve pain

U.S. prosecutors in Boston brought the case as they vowed to go after problem opioid makers similar to how they target ‘cartels or a street-level drug dealer.’

‘In the midst of a nationwide opioid epidemic that has reached crisis proportions, Mr. Kapoor and his company stand accused of bribing doctors to overprescribe a potent opioid and committing fraud on insurance companies solely for profit,’ said Acting U.S. Attorney William D. Weinreb in Boston.

‘Today’s arrest and charges reflect our ongoing efforts to attack the opioid crisis from all angles.’

Kapoor, who has a reported net worth of $1.8billion, was arrested in Phoenix and expected to make an appearance in federal court Thursday.

Kelly told CBS News that Kapoor ‘is innocent of these charges and intends to fight the charges vigorously.’

In Massachusetts, former Insys CEO Michael L. Babich and five other former executives and managers are set to go to trial in October 2018 and have pleaded not guilty. The latest indictment brings new charges against Babich and others. 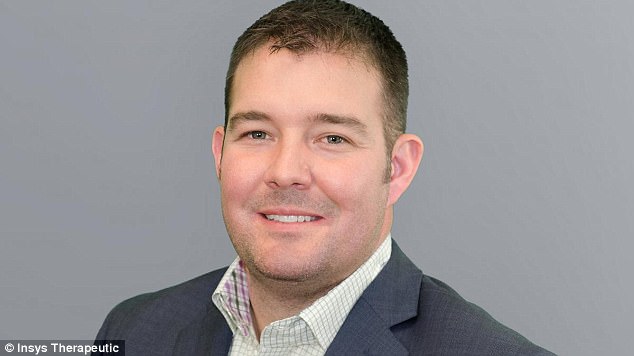 Former Insys CEO Michael L. Babich was among those indicted in December 2016 on the same charges as Kapoor. Babich and five others are awaiting trial in October for those charges

Several former Insys employees and health care providers have pleaded guilty to felony charges around the country, including in Alabama and Connecticut.

A spokesman for Arizona-based Insys said this week that the company is under new management and has replaced nearly all its original sales staff. It says it takes responsibility for the actions of its former employees.

‘We have taken necessary and appropriate steps to prevent past mistakes from happening in the future, and are committed to conducting business according to high ethical standards and the interests of patients,’ the company said in a statement Wednesday.

‘We also continue to work with relevant authorities to resolve issues related to the misdeeds of former employees.’

Kapoor was named the drugmaker’s president and CEO in November 2015 after Babich resigned without explanation.

Federal authorities apparently have been investigating the company for some time.

In addition to the criminal charges, states have been suing Insys over its marketing practices.

Meanwhile, the company has been active in politics, donating $500,000 last year to an Arizona campaign to defeat a ballot measure to legalize marijuana.

The company’s stock price has taken a big tumble in recent months amid the legal issues. It was down more than 10 percent in early trading Thursday.

According to Forbes, Kapoor relinquished his role as Insys CEO and chairman in January, but remains on the company’s Board of Directors and continues to hold about a 60 per cent stake in the company.