John Kelly unloads on Trump as he says Alexander Vindman was RIGHT and Kim Jong Un ‘played’ the U.S.

John Kelly spoke with audience members for more than an hour on Wednesday at a college in New Jersey where he used his time to air his criticisms of Donald Trump.

The president’s former chief of staff defended Lt. Col. Alexander Vindman, who testified in the House impeachment investigation and who the president fired last week after he was acquitted by the Senate.

Kelly, a retired Marine Corps General, said during his remarks, according to The Atlantic, that Vindman did nothing wrong in reporting what he heard as he listened in on the call between Trump and his Ukrainian counterpart over the summer.

‘He did exactly what we teach them to do from cradle to grave,’ Kelly told listeners. ‘He went and told his boss what he just heard.’

The former Trump administration official also made clear he felt the call proved that Trump had conditioned military aid to Ukraine on an investigation into political rival Joe Biden and his son Hunter – which is what Democrats attempted to prove was an impeachable offenses the past few months. 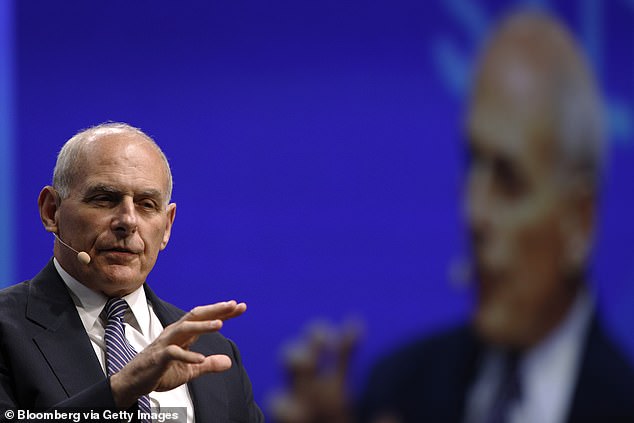 Kelly bashed the president for the language he used when talking about migrants and illegal immigrants. ‘They’re not all rapists and they’re not all murderers,’ he said. ‘And it’s wrong to characterize them that way. I disagreed with the president a number of times’ 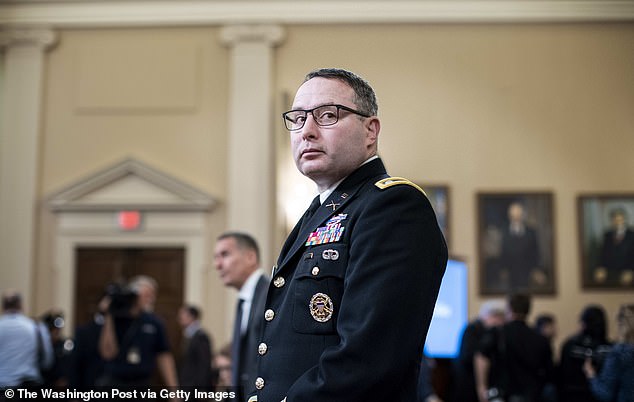 Kelly bashed Trump for firing former National Security Council Advisor Lt. Col. Alexander Vindman (pictured), who testified in the House impeachment inquiry after reporting the call the president held with his Ukrainian counterpart over the summer 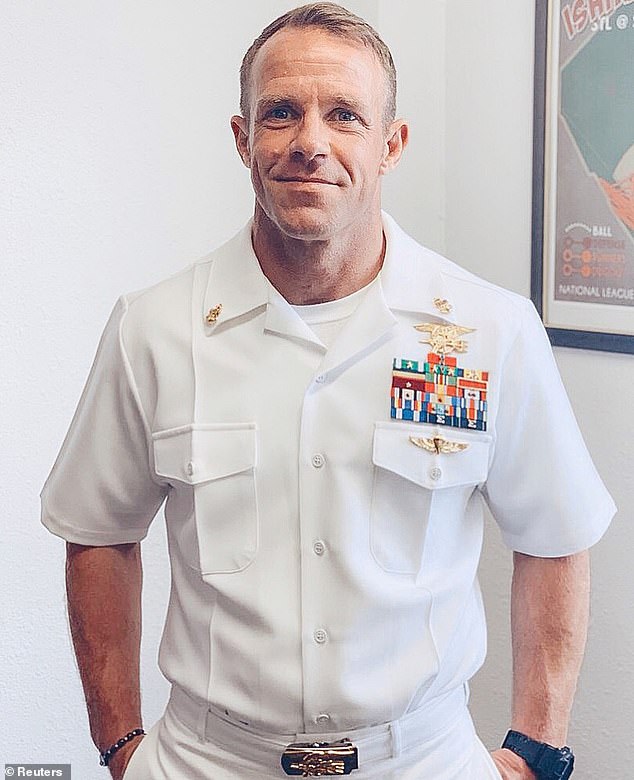 Vindman specialized in Ukraine policy at the National Security Council, which is why he was included in listening in on the call between Trump and Ukrainian President Volodymyr Zelesnky on July 25.

Trump fired both Vindman and fellow impeachment witness and then-Ambassador to the European Union Gordon Sondland on Friday, less than 48 hours after the Republican-majority Senate acquitted him of the two articles of impeachment – abuse of power and obstruction of Congress.

While bashing him for firing two individuals, Kelly was also critical of the president’s decision to pardon former Navy SEAL Eddie Gallagher.

An audience member asked Kelly about the situation with Gallagher, and the former military leader faulted Trump for intervening.

Gallagher was convicted last year of posting with the dead body of an ISIS fighter, but the president reversed the NAvy’s decision to kick him out of the military and strip him of his SEAL trident.

‘The idea that the commander in chief intervened there, in my opinion, was exactly the wrong thing to do. Had I been there, I think I could have prevented it,’ Kelly said, and the audience clapped.

A woman in the crowd said Trump ‘elevated’ Gallagher with his actions, Kelly said, ‘Yep.’

Before becoming the president’s chief of staff, Kelly headed Trump’s Department of Homeland Security, and there was responsible for advancing the administration’s efforts to stop illegal immigration.

Kelly said he disagreed with Trump’s idea of building a border wall and said he also didn’t see eye-to-eye with the president on the scope of the illegal immigration problem. 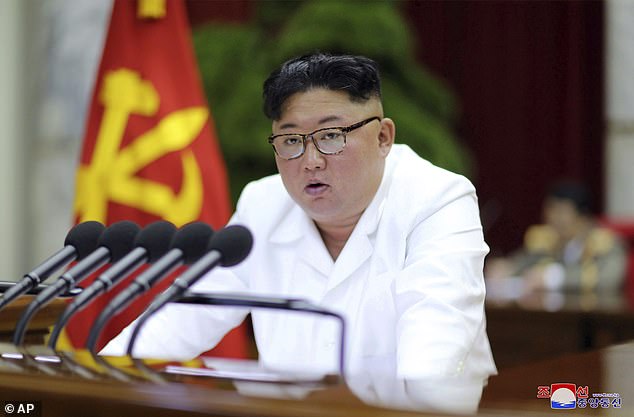 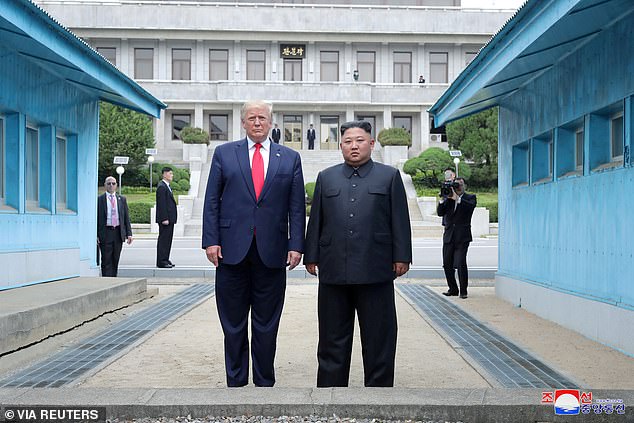 ‘I’m also a realist, and I never did think Kim would do anything other than play us for a while, and he did that fairly effectively,’ Kelly said

During his speech at Drew University, Kelly lambasted the president for the language he used when talking about migrants, specifically pointing to When Trump announced his candidacy in 2015 and described Mexican migrants as ‘rapists’ and criminals.

‘In fact, they’re overwhelmingly good people,’ Kelly said, claiming most are just looking for better opportunities in the U.S. and jobs.

‘They’re not all rapists and they’re not all murderers,’ he said. ‘And it’s wrong to characterize them that way. I disagreed with the president a number of times.’

Several reports were published while Kelly was serving as chief of staff that described frequent clashes between him and Trump.

Trump and Kim have held bilateral meetings a few times since the president took office, specifically with the U.S. goal of moving toward denuclearization of the Korean peninsula.

Talks have since been suspended amid rising tensions and an increase in nuclear missile tests – despite Trump’s claim that he has good rapport with the totalitarian leader.

Kelly lamented that Kim ‘will never give his nuclear weapons up.’

‘Again, President Trump tried—that’s one way to put it. But it didn’t work. I’m an optimist most of the time, but I’m also a realist, and I never did think Kim would do anything other than play us for a while, and he did that fairly effectively,’ he continued.

Kelly said he was ‘fascinated’ by Trump’s campaign but when he was offered the DHS position, he wasn’t sure if he wanted to join the administration, but was urged by his wife to help.

‘I frankly think he needs you and people like you.’ Kelly quoted his wife.

But others either come out publicly in favor, like Sarah Huckabee Sanders, or against the president – and many use the opportunity to write a book about their time serving under Trump.

Kelly began his open criticism of the president last month, about a full year after leaving his post at the White House.

He openly said that he believed ousted National Security Advisor John Bolton, who reportedly wrote in an unpublished book that Trump explicitly directed pressure on Ukraine to investigate the Bidens.

The report of Bolton’s unpublished manuscript also came as Republicans made it clear they would not vote to call additional witnesses in the Senate impeachment trial.