I’m Ryan. Jack Ryan… How DID a comic actor who made his name in the US version of The Office become his country’s answer to James Bond? John Krasinski reveals all to Event

It is a baking hot day on a run-down side-street in the 20th arrondissement of Paris, and in front of me is a scene that has become all too familiar in recent years: the road is in lockdown as armed police surround the door to an apartment. I’m crouched behind an armoured personnel carrier as men with automatic weapons burst in to the building. Just as quiet descends, there is a huge explosion.

But this isn’t a terrorist atrocity, it’s the new Amazon series Jack Ryan being shot on location. Filming is taking place not long after real terrorist attacks in Paris, so it’s hardly surprising to see local residents peaking anxiously through shutters. Ironically, it’s the sight of American actor John Krasinski (husband of one of Hollywood’s hottest stars, British actress Emily Blunt) exiting the building with his gun drawn that calms local nerves.

Krasinski plays Jack Ryan, and he’s the fifth high-profile actor to take on one of the most popular characters in modern fiction. Author Tom Clancy’s ten original Ryan novels sold more than 50 million copies and spawned five feature films grossing in excess of $800 million, as Ryan went from marine to CIA analyst to field agent to US President. Harrison Ford, Ben Affleck and Alec Baldwin have all played the Ruskie-bashing action hero.

Krasinski is massive in his black flak jacket and boots. He comes from a military family and, with the training he’s undergone for the role, he’s believable as a former marine. But he’s also a little goofy and relatable, as anyone who saw him playing Martin Freeman’s character in the US version of The Office would know. Not content with a British wife and starring in the remake of a classic British comedy, Krasinski admits that his new drama also echoes our most famous secret agent. ‘Jack Ryan is kind of like our James Bond,’ says the American actor. ‘And he might be our Bond – with a lot less sex, which is a little disappointing – but certainly in our show it’s a much more realistic scenario.’

The Clancy novels were set in the twilight of the Cold War and the world today is a very different place. The task of rebooting the novels for a big-budget TV series fell to Carlton Cuse and Graham Roland, the team behind the hugely successful TV series Lost. 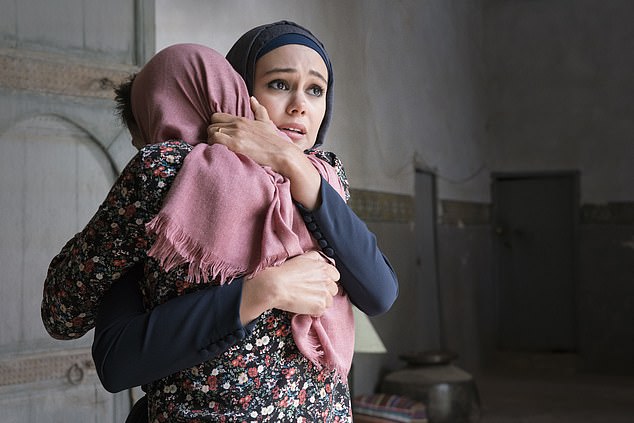 A still from the TV series. The new Jack Ryan starts as a CIA analyst stuck behind a desk. When he notices a series of transactions that suggest there is a new Islamic terrorist kingpin in the Bin Laden mould at large

‘One of the critical components of the Clancy franchise was that he wrote these geopolitical thrillers that were very much of the moment,’ says Cuse. ‘If Tom Clancy was alive right now what would he be writing about? And absolutely he would be writing about terrorism.’

The new Jack Ryan starts as a CIA analyst stuck behind a desk. When he notices a series of transactions that suggest there is a new Islamic terrorist kingpin in the Bin Laden mould at large, Ryan passes the information on to his superiors. His super-power, at least at first, is not his sharp shooting but his intelligence, and it was this that made Krasinski interested in the role.

‘The pitch to me was, “The reason why we’re not doing another movie and we’re doing a series instead is because the character has never been fully investigated.” The two-hour movies are entertaining and fun. I loved Harrison Ford in The Hunt For Red October, which I saw before I read any of the books. But the truth is that when you read those books the Jack Ryan character is very rich and very deep. And in an eight-hour series we’re going to get a chance to learn all about him.’

Krasinski heads back to the set. The scene is played several different ways but always with one outcome – unlike some action heroes, in this instance he doesn’t get his man or the girl. The operation flounders. Confusion reigns. Scene complete.

They shot on location wherever possible, filming in five cities on three continents over six months. (They asked to shoot in the St Denis area of Paris where the real raids took place in the aftermath of the Bataclan atrocity but were told it was too sensitive.) And they tried to avoid racial and religious stereotypes. ‘You can get the impression in other shows that all Islamic characters are bad,’ says Graham Roland. ‘That’s not true. A couple are terrorists but a number of our Islamic characters are heroic.’ 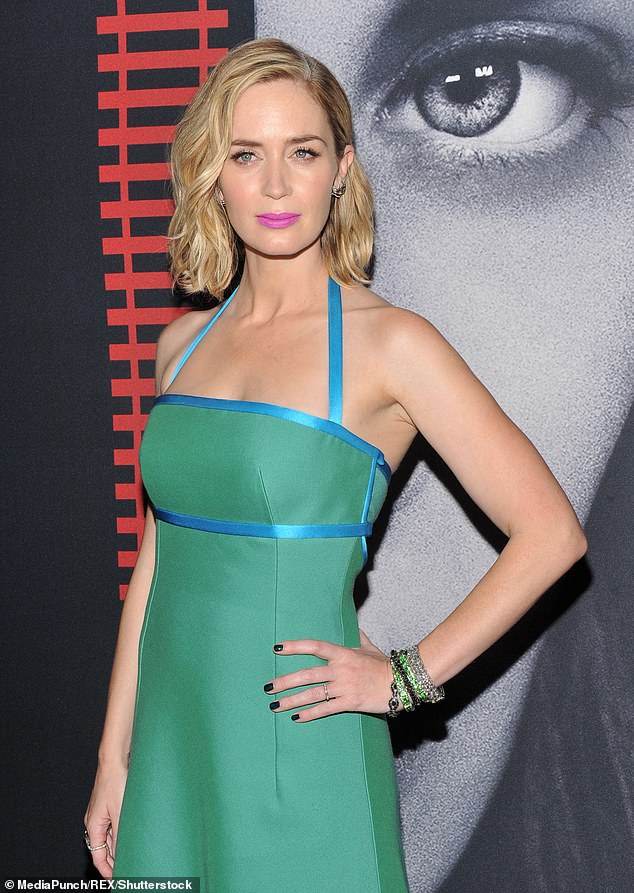 John Krasinski is the husband of one of Hollywood’s hottest stars, British actress Emily Blunt

If you’re worried that the new Jack Ryan is going to be so cerebral that there’ll be no excitement, don’t: as Krasinski bursts from the building once more, he stands a head taller than the crowd and reaches for his gun. There’s no doubt that this Jack Ryan is still our hero.

‘There’s a machismo to it,’ says Krasinski. ‘And that side to it is a blast. When I was a little kid my dad asked me, “If you could click your fingers what would you be?” I said, “A Navy Seal that could play the guitar.” I don’t know what that means – I’m sure somebody could analyse that to death. But it’s true. These guys are true heroes and the image of what we all hope to be. Working out for a role, getting to wear a gun, running through the streets and doing all these crazy things? It’s awesome. The fact that he’s this highly intelligent guy who happens to be hopping on helicopters, that’s the best thing of all.’