‘The system has been rigged for wealthy people for a long time’: John Legend weighs in on college bribery scandal involving Felicity Huffman and Lori Loughlin

John Legend sounded off on the college admissions bribery scandal that includes the arrests of actresses Lori Loughlin and Felicity Huffman.

While on the red carpet ahead of his performance at the iHeartRadio Music Awards on Thursday, the musician maintained that the admissions system has been unfairly slanted — even the legal way to do it.

‘The bottom line is, the system has been rigged for wealthy people for a long time,’ he told ET.

His take: John Legend sounded off about the college bribery scandal: ‘The bottom line is, the system has been rigged for wealthy people for a long time’

‘There’s a lot of legal ways to do that that still aren’t really that fair to a lot of other people.’

The singer was referring, in part, to legacy admissions, where university’s give certain applicants preference due to their familial relationship to alumni of that institution.

Others have also long complained that people who make legal donations to colleges and universities have gotten preferential treatment when it came to their family members enrollment. 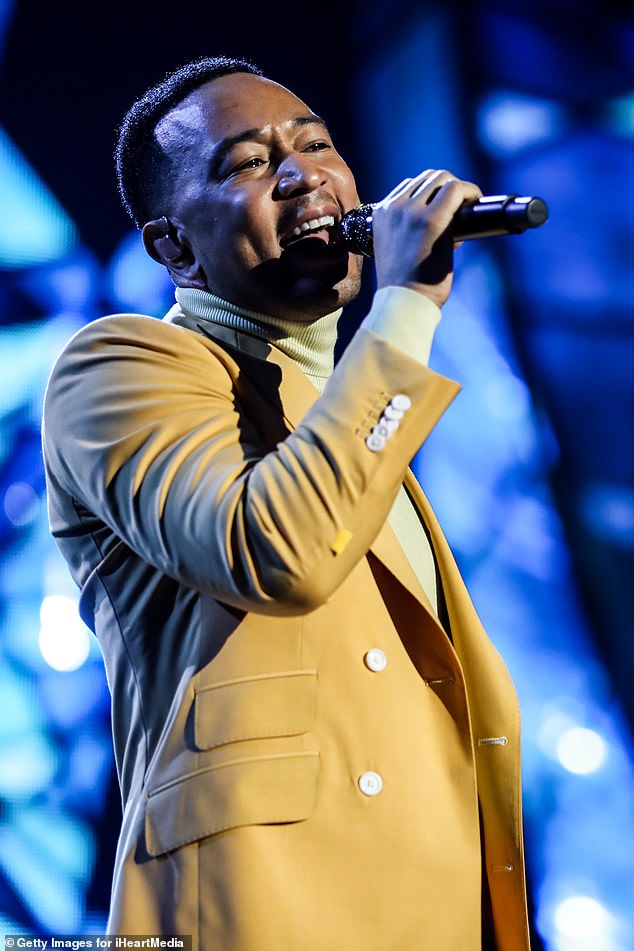 Call out: The musician maintains there’s a lot of legal ways to get an unfair advantage to college admissions that need to be examined; Legend performed at the IHeartRadio Awards

‘I went to a good school,’ Legend said of his studies at Ivy League college, University of Pennsylvania, where he studied English with an emphasis on African-American literature.

‘I think it’s [college admissions bribery scandal] a longer conversation because I think a lot of people look at this rightly as fraudulent and dishonest.’

In another interview, the 40-year old referred said the scandal ‘was just an extreme version of it being unfair and an illegal version,’ and then added that he thinks ‘we should look at the whole system,’ according to Extra.

Loughlin and her husband, Mossimo Giannulli, are alleged to have paid $500,000 in bribes to have their two daughters designated as recruits for the University of Southern California’s crew team, despite the fact that neither of them participated in the sport.

Two days after her arrest, the Full House star was fired from all projects related to Hallmark Channel which includes her lead role on When Calls The Heart.

Huffman, of Desperate Housewives fame, is alleged to have paid $15,000 to a purported charitable contribution in order to have her eldest daughter’s SAT scores increased.

Both actresses will enter a plea when they appear in front of a judge in Boston March 29. 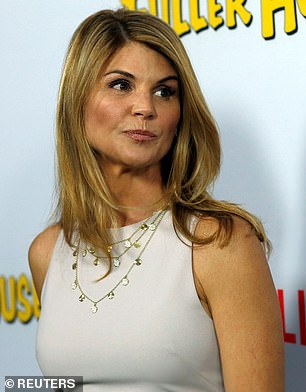 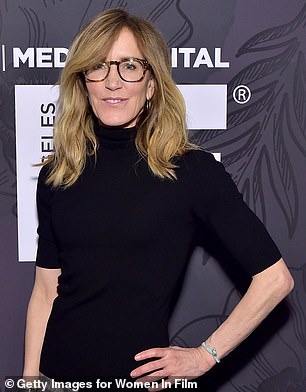 Arrested and indicted: Lori Loughlin and Felicity Huffman are among the 50 people arrested this week in connection to the college admissions bribery scandal