Julia Baird, now 71, grew up with the future pop legend in a semi-detached council house in Allerton’s Springwood estate in Liverpool

John Lennon’s half-sister has spoken out about her close relationship with her big brother as Beatlemania took over the music world in the 1960s.

Julia Baird, now 71, grew up with the future pop legend in a semi-detached council house in Allerton’s Springwood estate in Liverpool.

He went on to become one of the planet’s most recognisable musicians before being assassinated by Mark Chapman in New York in December 1980.

This week, Chapman was refused parole for the tenth time.

Now Julia, a former teacher, has revealed that she never felt estranged from her big brother despite his rapid rise to stardom.

Speaking as the 40th anniversary of his death approaches, she told The Mirror: ‘There is no escape. And there is no point in pretending.

‘It would hurt more to pretend I had nothing to do with him.’

She said, as a teenager, John used to jam with his future bandmates Paul McCartney and George Harrison in the kitchen of their family home.

As he plucked the strings, she and her sister Jackie, John’s other half-sister, danced to Elvis and skiffle.

Their mother Julia even taught John to play her mother-of-pearl backed banjo, she said.

Julia believes John was ‘truly himself’ when he was at home practising guitar in the kitchen – which she says is where the magic of The Beatles was born. 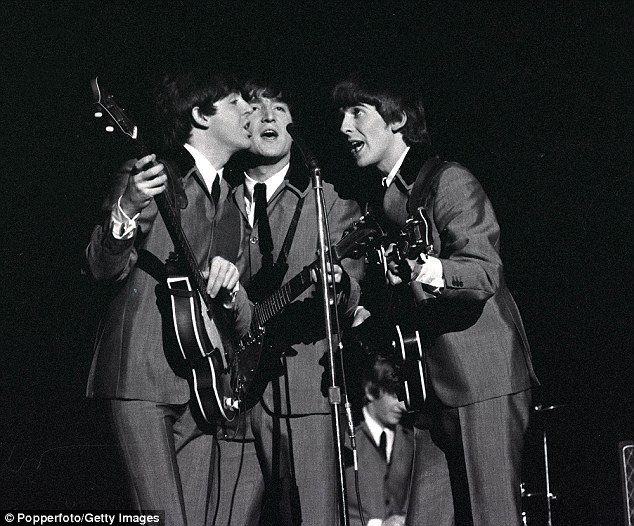 Paul McCartney, John Lennon and George Harrison share a microphone as they sing at Carnegie Hall in New York during the band’s tour of America in 1964 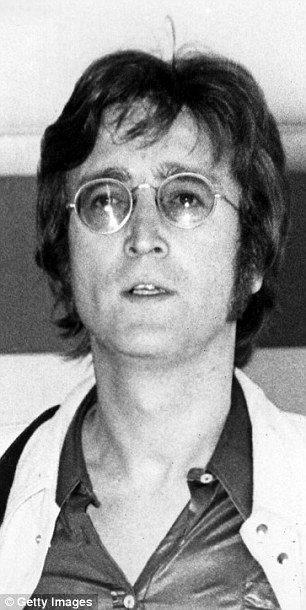 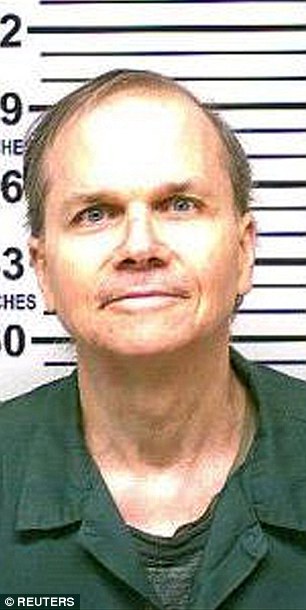 John lived with his strict Aunt Mimi, his mother’s sister, from the age of five.

He disapproved of his mother Julia’s unmarried life with Bobby Dykins, said Julia.

Julia and Bobby had two daughters together: Julia and Jackie.

John was close with his little sisters and often visited them. And Julia say he was no different to any other big brother.

His road to becoming one quarter of The Beatles began with him inviting Paul McCartney and George Harrison to join his band The Quarrymen.

John is said to have met Paul McCartney at a church fete in Woolton in 1957, where he was playing with the band.

Julia remembers how she and her sister Jackie tried to yank John off a coal lorry where he was happily strumming his guitar.

John ‘laughed his head off’ as his little sisters grabbed a leg each.

The Quarrymen made their first record with Percy Phillips’ Sound Recording Services 60 years ago.

It was a rendition of Buddy Holly’s That’ll Be The Day and an original, In Spite of All The Danger. 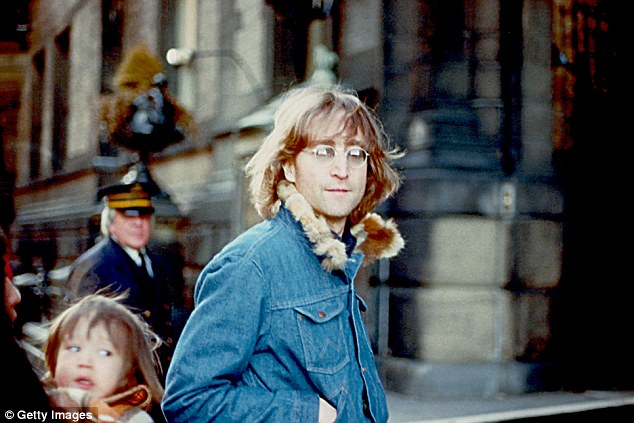 John Lennon walking in New York City in 1977, three years before he was assassinated

But in 1958, just days after The Quarrymen had recorded their first tracks, John and Julia’s mum was killed.

She was struck by a car being driven by an off-duty police officer.

As Beatlemania swept the music world in the 1960s, it was challenging for Julia and John to juggle their grief for their mother with the intense focus on the band.

‘We were still suffering and then this huge thing was parallel. We all learned to separate things off in boxes,’ said Julia. 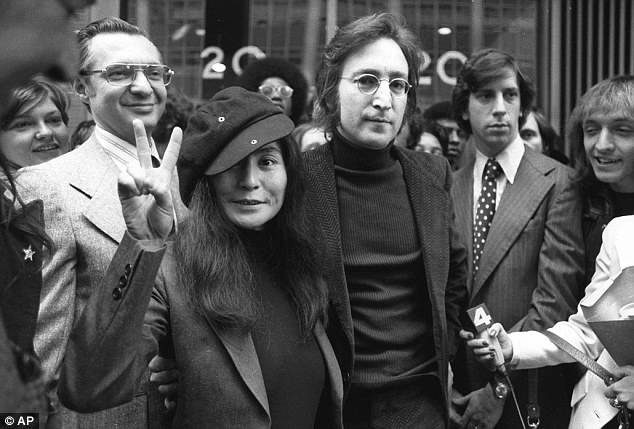 John Lennon and his wife Yoko Ono in New York City in 1972. He lost touch with his sister Julia after moving to the US

In their early years, The Beatles played at The Cavern Club, where Julia now has a directorship.

But she explained that she was too young to go there in her teenage years.

Instead, she went to see her brother and his bandmates perform at the Finsbury Park Astoria in London with her sister Jackie in 1964.

‘The curtain went up and it was instant mayhem, I hated it,’ she recalled.

She said John came home the same year and slept on the floor in the front room. 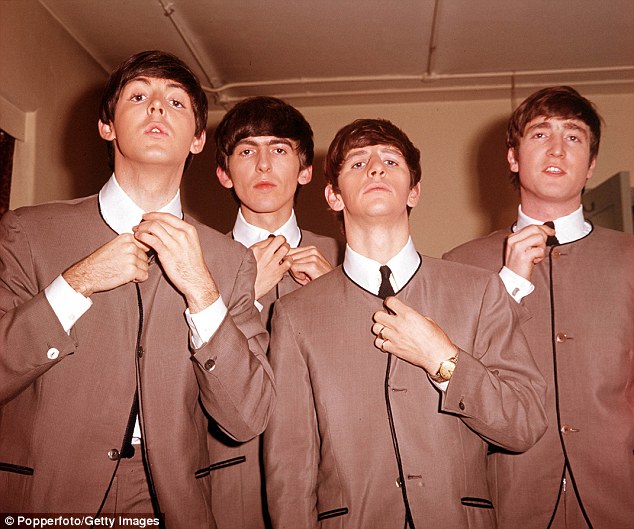 The Beatles in the height of their fame in 1963. Left to right: Paul McCartney, George Harrison, Ringo Starr, and John Lennon

The pair remained close when John moved to Surrey with his first wife Cynthia and their son Julian.

Julia recalls visiting them and replying to fan letters with John, writing: ‘Yes, I will marry you, I’ll meet you at the church tomorrow’.

But they lost touch after John moved to New York with Yoko Ono in 1971.

He finally rang in 1974 and they spoke for four hours, laughing and crying.

He asked her to send him family photographs plastered on her walls, and she did.

He never made it home for a visit before his death. She never saw the photographs again.