‘I don’t know if I’m comfortable with that’: John Lennon’s son Julian is shocked by his father being brought ‘back to life’ to duet in hi-tech stage performances with ex-Beatles bandmate Sir Paul McCartney

The son of slain Beatles legend John Lennon has told how difficult it was to watch his father’s posthumous Glastonbury performance with former bandmate Sir Paul McCartney.

Lennon was brought back to life via the magic of video and artificial intelligence to perform a duet of the 1969 track ‘I’ve Got A Feeling’ alongside Sir Paul, who delivered a stunning three-hour set at the summer festival in June.

The enthralling stunt was the brainchild of Beatles documentary Get Back film-maker Peter Jackson, who used machine learning technology to isolate Lennon’s vocals from decades-old recordings and arranging them to create a facsimile of a live performance.

‘I watched it on YouTube — and I kind of went: ”Errrr . . . I don’t know if I’m comfortable with that.” It shocked me,’ said Julian, 59, whose mother was Lennon’s first wife Cynthia.

Julian was 17 years old when his father was shot and killed in December of 1980. 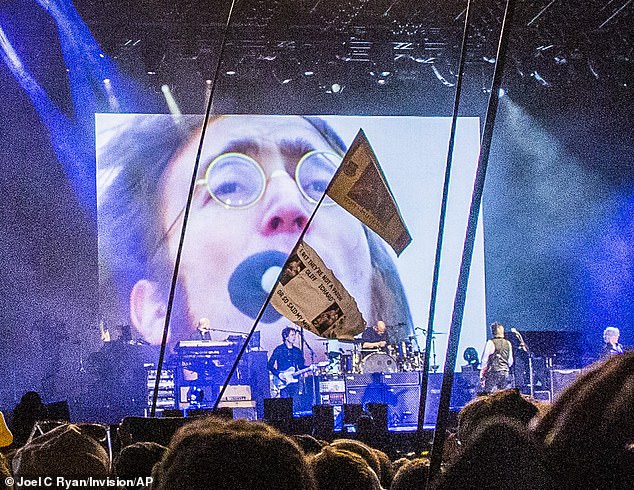 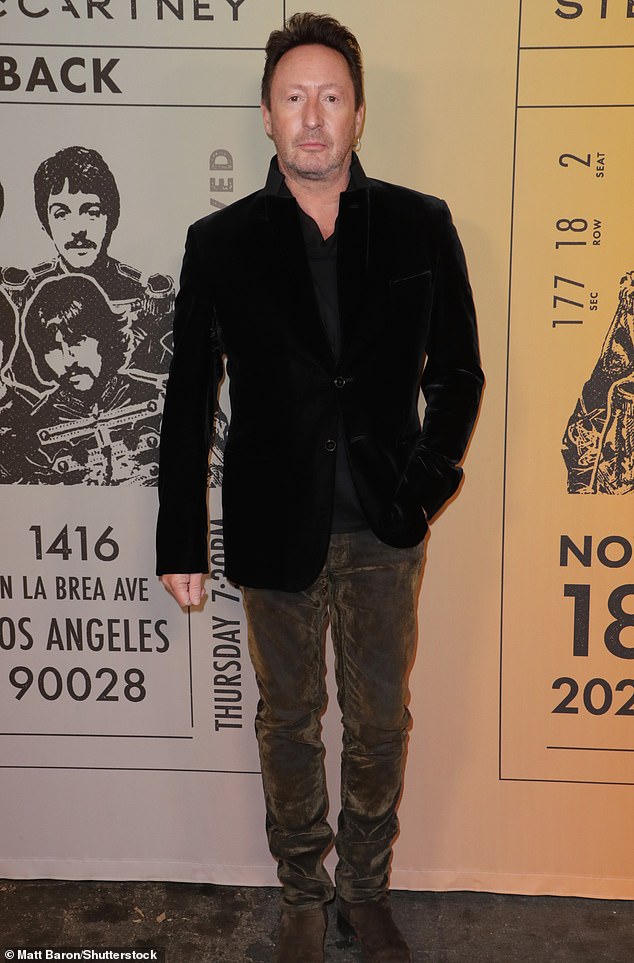 He added that it was initially tough watching his late father being ‘brought to life’ to perform with his old Beatles bandmate – a stunt which Macca pulled off for the first time during the opening concert of his world tour in the U.S. in April.

Julian couldn’t bring himself to watch the initial performance, unsure of how he would take seeing a video of his dead father projected onto a huge screen while hearing an eerily accurate representation of his soft, melodic vocals.

But with two months having passed since the U.S. concert by the time Glasto rolled around at the end of June, Julian decided to bite the bullet and watch Sir Paul’s performance in the English countryside.

‘I actually enjoyed it,’ he said, having found he’d finally made peace with the concept of seeing his father play on a big screen.

Sir Paul became the Worthy Farm festival’s oldest ever headliner when he played a week after his 80th birthday.

His mammoth set included performances with Foo Fighters frontman Dave Grohl and Bruce Springsteen, as well as the Lennon duet which wowed the capacity crowd. 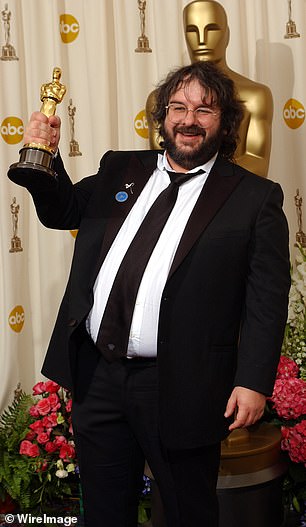 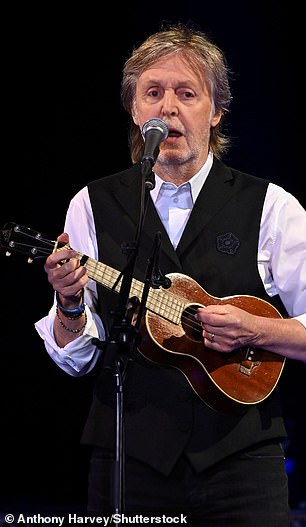 Jackson meanwhile, who directed The Lord Of The Rings, discussed how he was able to leverage modern technology to facilitate Lennon’s posthumous performance – though was reluctant to divulge much information.

It is thought Jackson used the same techniques and custom-made artificial intelligence to produce the Get Back documentary on The Beatles, separating background noise, instruments and speech from the original mono recordings to enable editors to use footage that was otherwise unusable.

Following the heartwarming duet at Glastonbury, which was widely praised by fans, Sir Paul admitted: ‘That is so special for me. I know it’s virtual. There I am singing with John again, we’re back together.’