Trying out a mattress normally involves an awkward quick lie-down inside the shop watched by other shoppers – but John Lewis is about to take the experience to a whole new level.

The employee-owned department store chain is planning to open fully furnished apartments at major branches across the UK where shoppers can stay the night to test out the product.

The plans were revealed by the firm’s new managing director, Paula Nickolds, in an interview in which she lifts the lid on her career, not having children, and loneliness at the top.

The Residence, as the apartments will be known, are due to launch in Oxford Street, London, Liverpool and Cambridge this autumn, the Times reported.

Miss Nickolds took over the managing director job in January to replace long-serving boss Andy Street, who stepped down to run for West Midlands mayoral race on a Conservative Party ticket.

She started 22 years earlier as a graduate trainee, rising through the ranks including holding buying roles across fashion and home categories.

Miss Nickolds is the firm’s first female managing director in its 153-year history, and told The Times her gender hadn’t held her back.

‘Never once in my 23 years at John Lewis have I felt that my gender has been a topic, a concern.

‘It has never been made live to me that gender is an issue, or even that the way I think about things is different because I am a female. We will know we have made progress when we don’t need to talk about this any more.’ 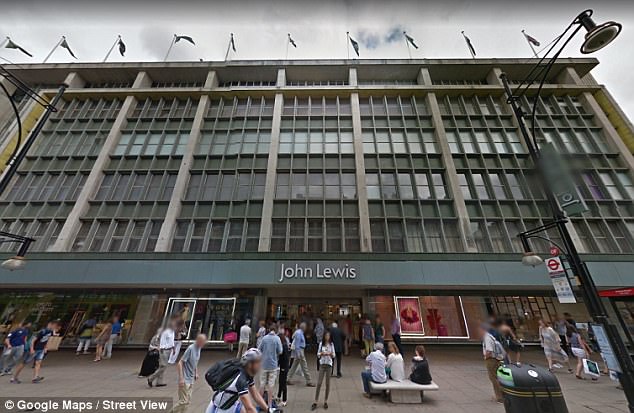 The new managing director of John Lewis plans to open apartments known as The Residence at Oxford Street, London (above), Liverpool and Cambridge

But the executive, who has been married for 14 years to garden centre manager David Morley, admitted life was lonely at the top.

She said: ‘To be a senior leader in a business is lonely. You can’t get away from the fact that the responsibility starts with you and ends with you.’

Speaking of why she and husband David do not have children, she added: ‘It’ s never been on the list of things I desperately wanted to do. I don’t think I made a conscious decision one way or the other. I was always really excited by what I was doing.

‘I am lucky to have six nephews and nieces whom I can hand back to their parents at the end of a nice day out.’

Growing up, she would follow her M&S operations manager father when he visited stores near their home in Hertfordshire. She attended St Helen’s, a private girls’ school in Northwood.

Her ambitious plans for John Lewis include making its inventory 50 per cent in-house by 2020, and for a big boost in online sales.

Last month the Mail reported how the firm was sending staff to drama school in a bid to boost their confidence. Recruits at the firms Oxford Street shop will learn vocal techniques, stage presence and confidence, to help them impress customers.

In a bid to attract ‘generation rent’ it also plans to sell furniture that can double up as two items – kitchen tables that turn into desks, for example. And it is working with London’s Victoria and Albert Museum in London to produce high-end designer goods.

Discussing the so-called death of the High Street, Nickolds told The Times: ‘It’ s been talked about every five years since I started in retail.

‘Yes, the scale of change is dramatic. But if you consider the Industrial Revolution, there was a period of real uncertainty and disruption, a difficult time in society. Then the Arts and Crafts movement and a celebration of nature came out of this highly mechanised world.’