John McCain’s casket was accompanied by his loving family as he made his final journey to Washington D.C.

Meghan McCain wept as her father’s body arrived at Joint Base Andrews in Maryland following ceremonies in his home state of Arizona.

He will be buried Sunday on Hospital Hill at Naval Academy Cemetery.

The flag-draped casket of Sen. John McCain is carried by an Armed Forces body bearer team to a hearse at Andrews Air Force Base 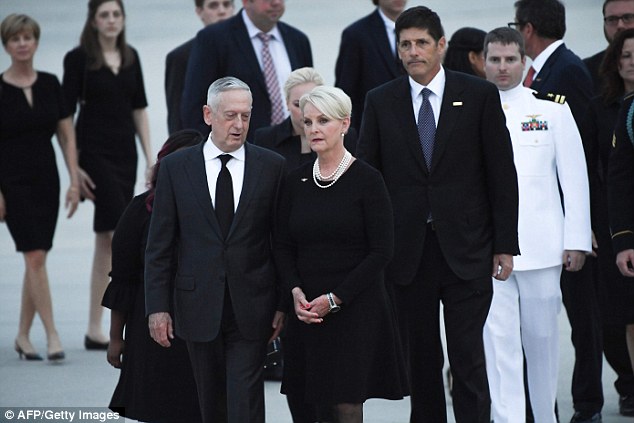 Cindy McCain, wife of John McCain, Republican of Arizona, walks with US Secretary of Defense James Mattis after arriving at Joint Base Andrews in Maryland 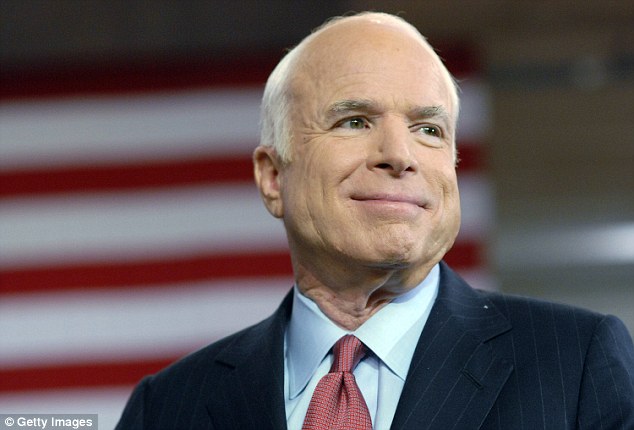 John Sidney McCain III died on Saturday, August 25, at the age of 81, following a long battle with brain cancer

His arrival in Maryland came after a memorial service Thursday, which was filled with laughter and tears as his longtime friends, led by former Vice President Joe Biden, recalled the stories that made McCain who he was.

He wiped away tears as he remembered their time together in the Senate. ‘This one’s hard,’ he said of his eulogy.

Biden’s tribute was filled with homages to McCain’s place in the world, his ‘ageless’ value system, and his love of America. 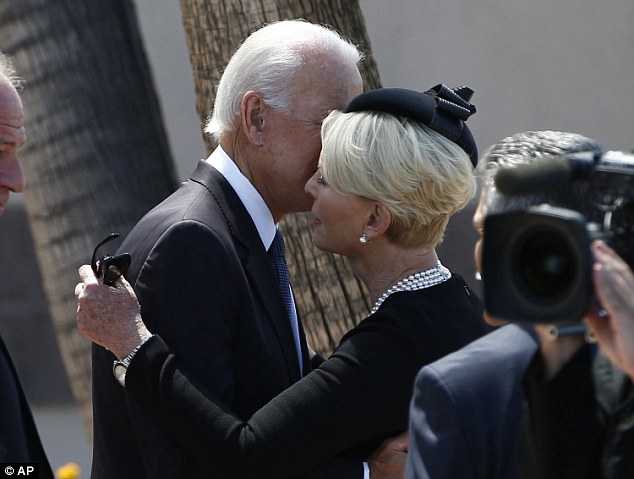 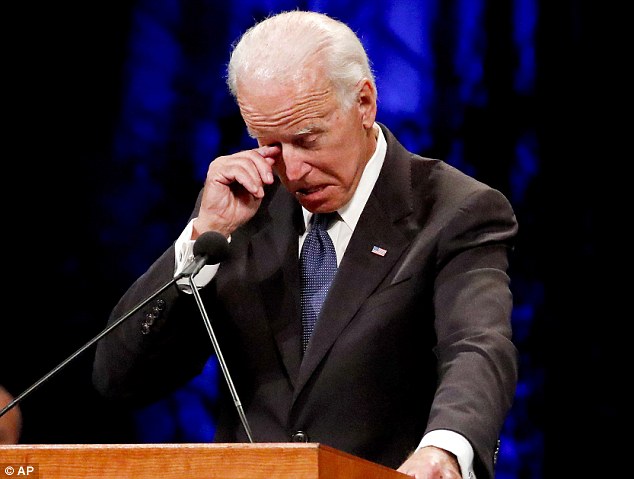 Biden, in his eulogy for McCain, said the late senator hated those who ‘lacked the basic values of decency and respect, knowing this project is bigger than yourself’ 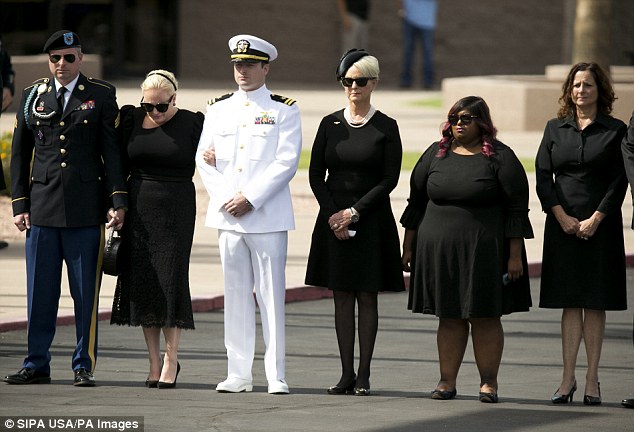 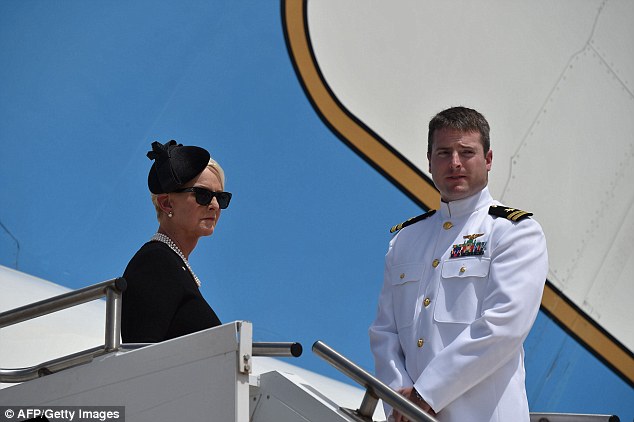 Cindy McCain and her son Jack McCain board the military plane that will take John McCain’s remains to Washington D.C.