Labour’s leadership will resist grassroots pressure to commit to a second referendum on Brexit, shadow chancellor John McDonnell has said.

Speaking on the eve of the party’s annual conference in Liverpool, Mr McDonnell warned of the risk that a re-run vote could stoke far-right populism and xenophobia.

More than 100 constituency parties and trade union branches have submitted bids for the referendum issue to be put to a vote in Liverpool.

MPs and senior trade unionists are set to join a People’s Vote march in the city on Sunday.

But leader Jeremy Corbyn has resisted such calls, preferring to press for a general election if Theresa May is unable to get a Brexit deal through Parliament as many MPs expect.

Mr McDonnell signalled the party’s position in that event would be unchanged from last year’s snap election.

‘We would be in the same situation there, where we would be saying we’re accepting that original vote, this is the sort of deal that we want,’ he told The Guardian.

‘The debate around the next manifesto will go on, but I really worry about another referendum.

‘We’re not ruling out a people’s vote, but there’s a real risk, and I think people need to take that into account when we’re arguing for one.’

The shadow chancellor also suggested the rail industry could be renationalised within five years under a Labour government.

He told BBC Radio 4’s Today programme it would be ‘possible’ to bring all franchises back under public control during a single term in office, amid reports he is planning a Public Ownership Unit within the Treasury to deal with renationalisations. 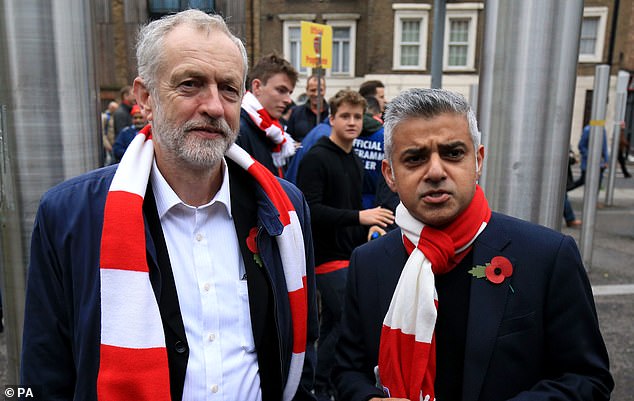 Jeremy Corbyn (pictured with London mayor Sadiq Khan) has resisted calls for a second referendum, preferring to press for a general election if no Brexit deal is passed

Mr Corbyn hopes to use the conference, held under the slogan ‘Rebuilding Britain, for the many, not the few’, to put behind him a difficult summer dominated by a bitter row over anti-Semitism.

But while the leadership aims to shift the focus on to expected high-profile policy announcements on issues like housing and business, Brexit and party infighting are likely to make the headlines.

The party’s National Executive Committee (NEC) will meet on Saturday to discuss changes to leadership election rules, which left-wing activists claim could keep supporters of Mr Corbyn off the ballot.

At the same time, the activist group Momentum which helped propel Mr Corbyn to the leadership is pushing for another rule change which could make it easier to de-select sitting MPs.

It is likely to revive fears among critics of Mr Corbyn of a left-wing purge of the moderates – including some of his fiercest critics in the row over anti-Semitism.

Labour has promised to put equality centre stage at its Women’s Conference, taking place on Saturday a day ahead of the main gathering in Liverpool. 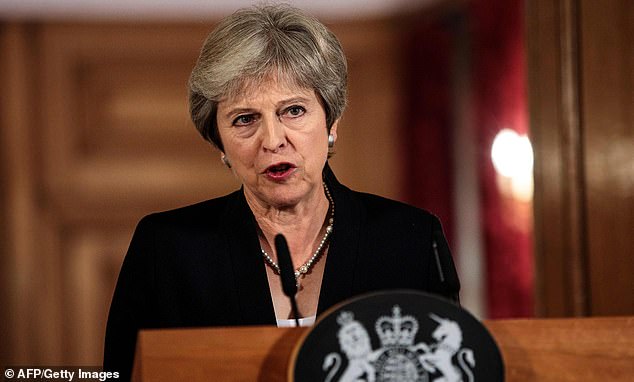 At the Labour Women’s Conference, Ms Butler will say equality should no longer be considered an ‘afterthought’.

She will say: ‘So far we have seen seven different ministers for equality tagged on to four different departments and a budget that’s nearly been halved.

‘This proves the Tories are not taking equalities seriously. By establishing a Department for Women and Equalities, Labour will ensure equalities is the common thread running through its government.

‘The next Labour government will put equality centre stage.’

She will also announce plans to introduce a requirement for all employers to have a domestic abuse policy and provide 10 days’ paid leave for victims, if Labour win power.

‘Employers have a duty of care to employees experiencing domestic abuse and should put in place a range of workplace policies to help victims,’ Ms Butler is expected to say.

‘This crucial time will allow women to leave their abusive partners safely, get the help, protection and support they need, knowing their livelihood is secure.

‘These 10 days could literally help save the lives of those women.’

And Ms Butler will call for a ‘localised’ approach to tackling domestic abuse, with a ‘national oversight mechanism to set quality standards for refuge provision and support’.