Boris Johnson’s Government is ‘much more dangerous’ than that of Margaret Thatcher, the shadow chancellor has said.

Speaking at a fringe event at the Labour Party’s annual conference in Brighton, John McDonnell said the next general election will be the ‘most important’ of people’s lifetimes.

Addressing the Robin Hood Tax campaign event, he added: ‘We take nothing for granted.

‘This will be the most important general election we will face in our lifetime because of the nature of the politics and the opposition that we are up against.

‘Which is possibly the most extreme right-wing Conservative leadership that we’ve ever countenanced.

‘And I include Thatcher in this and I think Boris Johnson, for all his bluff or bluster, is much more dangerous than anybody else.’

Mr McDonnell said Labour’s next manifesto will be fully costed and preparations are continuing ‘apace’ so this can be published as a ‘grey book’ alongside the policy document.

He said: ‘We will be costing every policy commitment that we make and then we’ll be identifying the funding source.

‘That’s how serious the endeavour is at the moment.’

He added: ‘All of that requires significant sums of money that we will raise initially through our taxation system.’

The shadow chancellor, who delivered his speech to the conference on Monday, reiterated previous statements on income tax and said: ‘We are going to increase income tax. It will be on the top 5 per cent of high earners, 95 per cent of people will be protected.

‘We will be doing exactly as we said before, rolling back some of the corporation tax cuts that the Tories introduced, including some of those inheritance tax cuts they introduced as well.’ 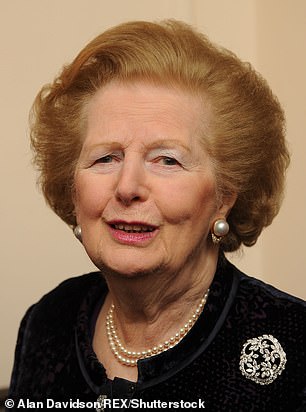 Mr McDonnell said a Labour government would work to ensure corporations and the wealthiest ‘just pay their taxes and pay their way’.

He said Labour has presented its proposals for a financial transaction tax (FTT) to the City, which demonstrated it would ‘work effectively’.

He added: ‘This is not rocket science. We have had stamp duty in this country for 300 years.

‘All this means is an extension of stamp duty to make it cover a wider range of financial activities and… that is hardly a blitz on the finance sector.

‘It is urging them simply, yes, to pay their way more but also it is what has been described as sand in the wheels of the speculation industries, to slow down the scale of speculation that is damaging our economy.’

Mr McDonnell said he believed the FTT could raise £7 billion a year for the Exchequer.

He added: ‘In fact, I do think at times they have got a bit of bloody cheek complaining about this when we have had nine years of austerity as a result of the risks that they took through speculation.’