John McDonnell says that he would allow a homeless family to live in No 11 Downing Street if Labour were to win an election.

The Shadow Chancellor, 68, says that the move would help to solve the housing crisis.

He made the comments at Labour’s annual conference at an event for business leaders.

Mr McDonnell, who’s London constituency of Hayes and Harlington is less than an hour from Westminster, said that he would prefer to stay there and doesn’t ‘fancy’ moving into Number 11.

Mr McDonnell’s plan could be foiled by security, however, as no one can enter Downing Street without passing through gates and police officers, with No 10 and No 11 being heavily guarded.

According to the Times, he said: ‘I have lived in my constituency for 45 years now and I just feel rooted in the community and that’s where I want to live.

‘If there’s a vacant flat, we might house a homeless family. Let’s do that. Let’s solve part of the housing crisis.’

One of the reasons he gave for wanting to stay in his own home was because he was trying to avoid the ‘long hours’ nature of politics.

He made the comments just hours after he had promised that a Labour government would cut the length of the average working week to 32 hours within a decade.

Mr McDonnell also acknowledged that it was ‘just nice’ to sleep in his own bed. 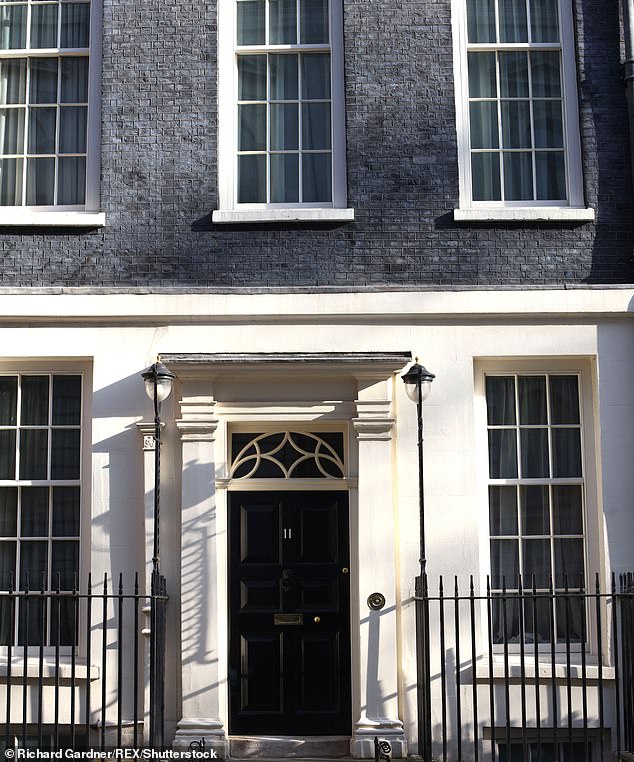 At the moment, Boris Johnson and Carrie Symonds live in Number 11, which is the larger flat in Downing Street.

Since 1828, it has been the official residence of the chancellor in 1828 with George Osborne previously living there.

Jeremy Corbyn has previously promised to eliminate homelessness in the first term of a Labour government.

The party also said it would build a million low-cost homes over ten years in government.