Let’s imagine that a pharmaceutical company unveils a new drug to treat cancer and makes the startling claim that it’s ‘just a bit more effective than a placebo’.

You would not expect such an announcement to make global headlines, and you would certainly not expect eminent doctors to respond to the news by declaring that a million cancer patients should immediately be put on this new drug.

But, as I shall explain, that is in effect precisely what happened yesterday with antidepressant drugs, following publication in The Lancet of a study by researchers at Oxford University.

The reaction in some quarters was such that you might have thought they had already garnered a Nobel Prize for their work.

‘It’s official: antidepressants are not snake oil or a conspiracy — they work!’ declared The Guardian.

Many other headlines were just as breathless. The news stories parroted claims by researchers that GPs are too ‘squeamish’ about prescribing antidepressants and, most astonishingly, that in the UK around one million more patients should be prescribed them because the illness is underdiagnosed.

But as the dust began to settle, quieter, wiser voices began to ask just what exactly was going on behind all the hype.

The truth is that the Oxford study, although the ‘largest ever’, according to the researchers, is nothing new in itself: it simply analysed a mass of research data from hundreds of previous studies.

From this it concluded that commonly used antidepressant pills can work better than placebo tablets for some types of depression.

And that’s it, really. Some of the antidepressants studied, such as amitriptyline, have actually been around since the 1950s. It had been established long ago that they were of some help.

So why is the announcement such a big deal now, prompting some leading psychiatrists to whoop and holler in applause? 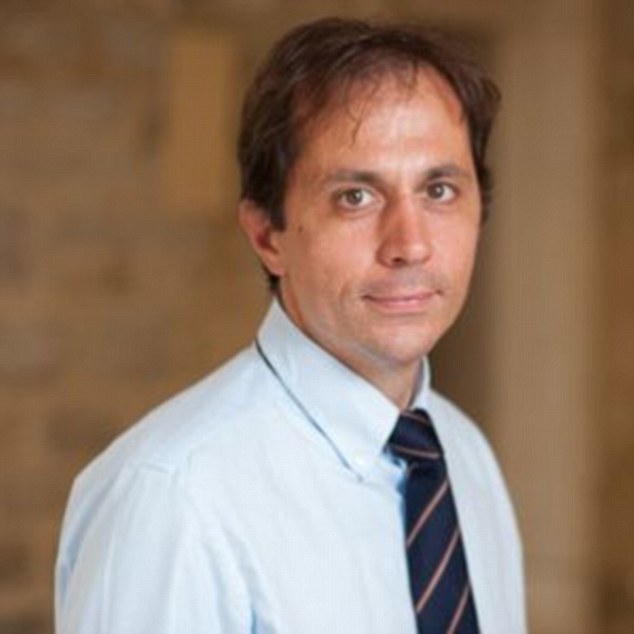 The debate about this class of drugs long ago stopped being simply a discussion on medical matters. Instead, it has become a war of ideology. On one side are those who see the symptoms of depression as a ‘chemical imbalance’ of the brain that can only be cured with doses of powerful, therapeutic chemicals.

On the other side are the sceptics, who argue that depression is not one simple illness but due to a constellation of problems triggered by a variety of causes.

Moreover, the sceptics say, to deal with these problems psychological support is often needed, with access to counselling and other talking therapies, rather than a medical cosh.

And caught in between all of this are the poor patients.

The lead author of the new study, Oxford psychiatrist Dr Andrea Cipriani, certainly came out with all guns ablaze.

‘This is an important study because it is the final answer to the long-lasting controversy about whether antidepressants work for major depression,’ he told reporters on Wednesday.

‘They work for major depression and for moderate-to-severe depression.’

It is highly unusual for a research scientist to declare their work to be ‘the final answer’.

Science moves forward, sometimes steadily and sometimes in leaps and bounds, through open discussion and debate about highly complex questions.

And the questions about antidepressants are vast and infinitely subtle. Scientists have been debating them (often hotly) for decades.

Nevertheless, no one has even yet managed to agree a definitive medical picture of what depression actually constitutes in the brain.

Katinka Newman descended into psychosis after being prescribed antidepressants to help her cope with a divorce.

Mrs Newman, 53, an award-winning film-maker from London, began to have hallucinations after being prescribed escitalopram.

At one point she thought she had been filmed killing her children on national TV. In fact, she had taken a kitchen knife and lacerated her own left arm.

A diagnosis of psychotic depression was followed by a cascade of further prescriptions, and soon she was taking seven drugs.

She spent the next year in a near-catatonic state, in and out of hospital. At one stage she moved into a flat on her own, effectively abandoning her two children, Oscar, 15, and Lily, 16. She was drinking heavily and smoking 70 cigarettes a day.

In September 2013, Mrs Newman was sectioned at St Charles Hospital in West London, where she began a month-long process of weaning herself off the drugs.

The withdrawal symptoms were ‘indescribably horrendous’, she said. She now campaigns against the destructive potential of antidepressants.

Calling the Oxford study ‘highly misleading’ she added: ‘Many of the five million people prescribed antidepressants in the UK are not acutely depressed, they are reacting to an adverse life event such as divorce or stress at work.

Psychiatrists aren’t warning people they can be impossibly difficult to get off, and the side-effects can last even after you come off them.’

The theory that depression is caused by chemical imbalances in the brain is still no more than that — just a theory.

Nor has anyone managed yet to show how antidepressant drugs work in the human brain if — or when — they do work.

In my view, Dr Cipriani can’t just drive his ‘final answer’ through all of this and declare the discussion closed. What’s more, as the Mail reports today, Dr Cipriani’s research itself leaves huge questions unanswered.

Dr James Davies, from the Council for Evidence-based Psychiatry, is distinctly unimpressed. He calls Dr Cipriani’s claim to have the ‘final answer’ to be both ‘irresponsible and unsubstantiated’.

Dr Davies says that while the new study shows antidepressant drugs to be better than placebo pills at lifting people’s moods, ‘the differences between placebo and antidepressants are so minor that they are clinically insignificant. They hardly register at all in a person’s actual experience.’

The level of mood improvement being claimed does seem remarkably modest — not least when you realise that the nearly 80 per cent of the studies analysed by the Oxford study had been funded by pharmaceutical companies, which of course have a financial interest in the promotion of the drugs.

Much of what they analysed was unpublished research, too, which means it had not undergone the sort of rigorous peer-review required by medical journals that ensures the results are unaffected by poorly designed studies or outright financial bias.

Just as importantly, the drug trials studied by the Oxford analysis covered only eight weeks of antidepressant use, before it was judged whether the patients had benefited or not.

As the treatment watchdog NICE (the National Institute for Health and Care Excellence) points out in its own guidelines, antidepressant drugs can take up to a month before they even start having an effect. Eight weeks was surely too short a time for anyone to judge. Moreover, this analysis bears no relation to how most patients are prescribed these drugs.

Around half of people prescribed antidepressants are on them for more than two years. ‘This study tells us nothing about their effects over the long or medium term,’ points out Dr Davies. ‘In fact,’ he adds, ‘There is no evidence that long-term use has any benefits, and in real world trials the outcomes are very poor.’

The study period of eight weeks also completely ignores a problem that has dogged millions of long-term antidepressant patients over the decades: the sheer hell of getting off the drugs.

There are numerous patient groups on the internet dedicated to helping victims wean themselves off antidepressants, in the face of withdrawal effects that include plummeting mood levels and suicidal thoughts, a loss of libido and bizarre physical manifestations such as electric shock sensations.

Last month there emerged a ray of hope for such people when Public Health England announced a review into prescription pill dependency that would include for the first time ever . . . antidepressants. 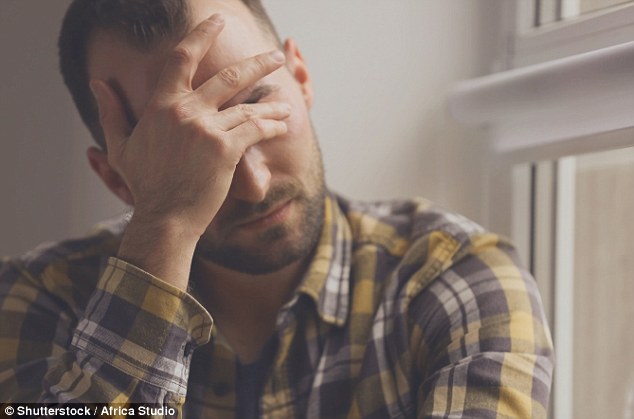 The review has been a vindication for the All Party Parliamentary Group for Prescribed Drug Dependence, and for the Mail, which has backed its calls for a national helpline to support patients left dependent on their prescription drugs through no fault of their own.

The review is the closest that patients on antidepressants have ever had to a tacit official admission that there may be potentially widespread and debilitating problems associated with their use.

But such progress can all too quickly be drowned out by the kind of cheerleading headlines we saw yesterday.

And what must not be forgotten is that this latest study could not show that the drugs offer any help to people with less severe depression — the most common form that prompts people to seek help from their GPs.

Indeed, Professor Allan Young, the director of the centre for Affective Disorders at King’s College London, reacted to the study by stressing that: ‘We should be aware these findings only apply to major depressive disorder.’

He also cautioned that ‘the results are calculated from group data so individual patients may differ significantly in their responses.’

NICE guidelines confirm that talking therapies such as cognitive behavioural therapy are most effective for mild depression.

Studies also show that talking therapies are at least as effective as pills for more severe types of depression.

Amy Pay was first prescribed antidepressants while studying for her A-levels, after suffering from a combination of severe depression, anxiety and obsessive compulsive disorder since she was a young teenager.

‘I was in a really bad place,’ she said. ‘I thought that I was not going to reach my 18th birthday.’ Amy, 26, says she hesitated before taking antidepressants, but made the decision after consulting a psychiatrist.

She has now been taking sertraline for eight years, which she combines with cognitive behavioural therapy when she feels the need.

Medication helped her thrive at Cardiff University and she left with a First in English Literature.

‘I’m living proof that antidepressants work. Around a decade ago I hit rock bottom. Without medication and intensive support back then, I wouldn’t be here now,’ says Amy, who is now a freelance journalist.

But GP surgeries are simply not providing anywhere near enough of this emotional support. That is surely the reason why the number of antidepressants given to patients in England has doubled in a decade, to the point where some analyses show they are being prescribed to 10 per cent of the UK population.

In 2015, there were more than 60 million prescriptions written for non-hospital patients — some 31 million more than in 2005, according to official statistics.

So do we really need another million on these pills, as the Oxford study suggests?

Well, the extra numbers would certainly help to bolster the influence and authority of Britain’s psychiatric profession. For the ability to prescribe mind-altering drugs such as antidepressants is what gives them their particular power. Take away their prescribing pads and they would be stuck having to actually talk to and counsel their patients.

Despite all the best pronouncements of researchers and scientists, the truth is that no one can really explain why some patients suffer on these drugs while others find them beneficial. For the moment, the mysteries remain as unfathomable as the human brain.

We do have one certainty though — pompous medical researchers brandishing big ‘final answers’ don’t help.

And properly funded, sensitive and supportive GP care for people in distress — in the form of talking therapies — would do no one any harm at all.