John Terry and Gary Lineker are among football’s leading names to have paid their tributes following the death of Michael Ballack’s teenage son Emilio.

The 18-year-old was killed after being crushed by a quad-bike near the family’s holiday home in Portugal.

The accident around 2am Thursday at the family’s Villas do Mar estate, near the town of Troia which is just south of the capital, Lisbon. 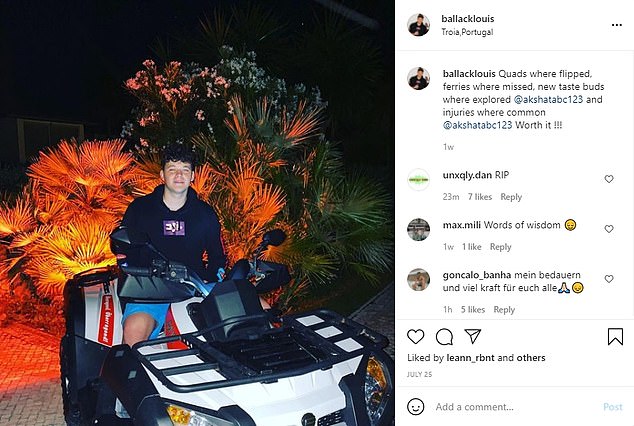 On July 25, Emilio’s older brother Louis took to Instagram to post about how ‘quads were flipped’ during downtime with friends in Troia, Portugal

Police said the teenager had been riding on an uneven piece of land when the bike rolled backwards and fell on top of him. Firefighters had to pull him free of the wreck before medics tried to revive him, but their efforts proved in vain and he was pronounced dead at the scene.

Ballack is widely regarded as one of the best German players of all time and is a Premier League and FA Cup winner with Chelsea.

And it was Ballack’s former Blues team-mate and club captain who offered his condolences on Instagram following the news.

‘Words can’t describe how heartbroken I am. RIP Emilio. Bally, sending you all our love and condolences’, he said. 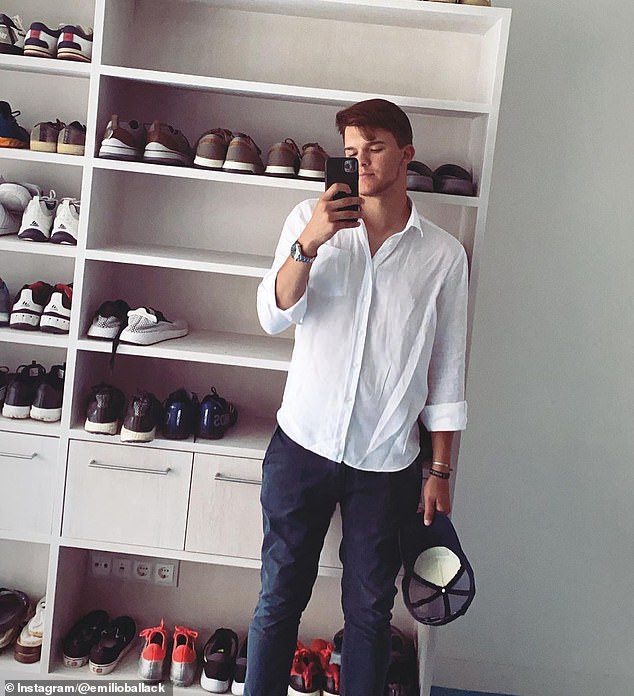 Emilio, 18, pictured in his last Instagram post at the family’s holiday home just six days before Thursday’s accident in Portugal 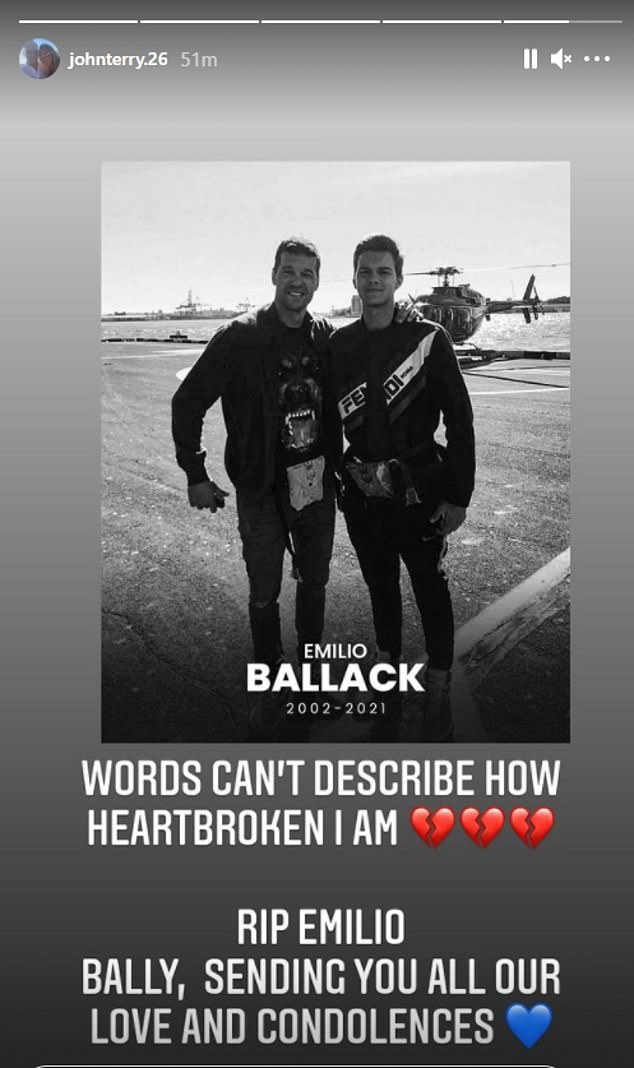 Ballack joined the Blues in 2006 after making his name at Bayer Leverkusen and Bayern Munich before spending four years at Stamford Bridge.

Chelsea tweeted on Thursday afternoon: ‘Everybody associated with Chelsea Football Club is shocked and saddened to learn of the death of Emilio Ballack at the terribly young age of 18.

‘All our thoughts are with his father Michael and his family at this sad time.’ 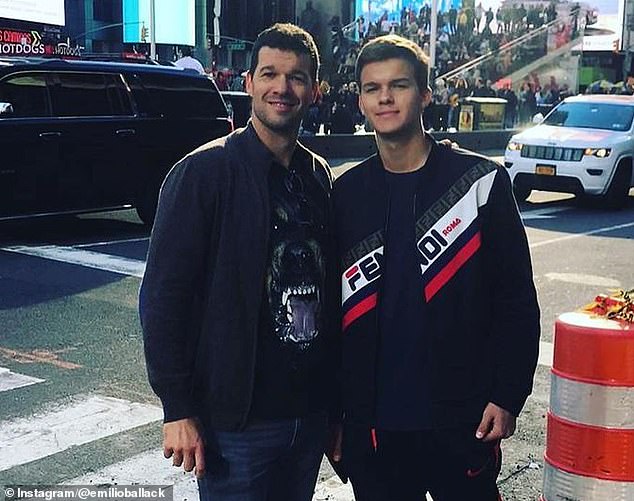 Chelsea icon and Emilio enjoy a day out in New York City in 2019, where they spent some downtime in Times Square (right)

Gary Lineker also paid his tributes via his Twitter account stating that his thoughts were with Ballack’s family.

The former England international and current Match of the Day presenter tweeted: ‘How terribly, terribly sad. Thoughts are with Michael and his family.’

City tweeted: ‘The thoughts and condolences of everyone at Manchester City go out to the Ballack family at this difficult time’