After years of being mercilessly ribbed for collecting the Champions League trophy in full kit in 2012, John Terry has proved he is able to see the funny side.

The former defender was suspended for the final in Germany against Bayern Munich in 2012, but put on his full strip to climb the stairs and receive his medal after Roberto Di Matteo’s men won on penalties eight years ago.

Terry was roundly mocked for his actions and plenty of skits through the years have poked fun at the ex-England international for it. 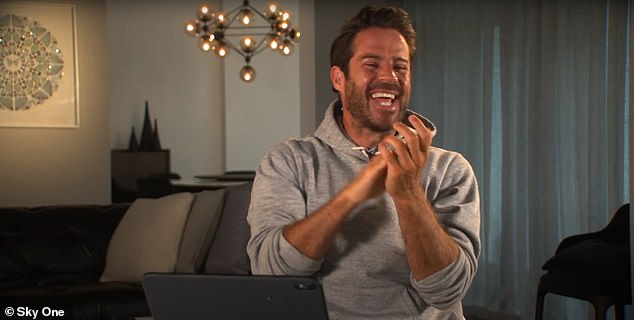 Jamie Redknapp, the presenter of Redknapp’s Home Fixture, definitely saw the funny side

But the 39-year-old has proven he can see the funny side to it, after his cameo on Sky One’s new entertainment programme Redknapp’s Home Fixture.

Appearing in a trophy challenge from home against golf ace Rory McIlroy, Terry lined up his array of silverware, including a replics of the 2012 trophy, with the idea of chipping golf balls into each of them.

Coming from off camera, the Aston Villa assistant appears into shot wearing not just his Chelsea shirt from 2012, but the full kit, right down to the shinpads, as Terry himself points out. 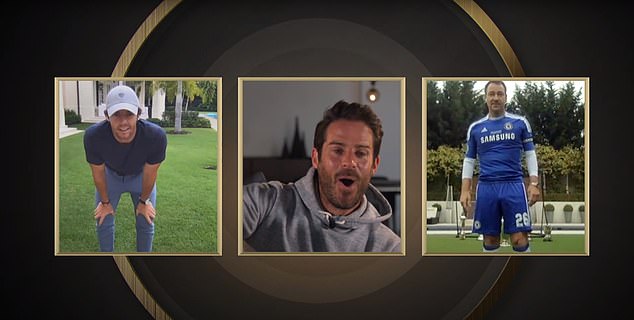 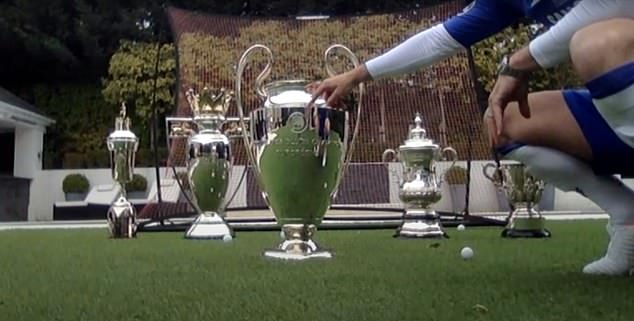 The revelation has Jamie in stitches, while McIlroy is bent over double with his own trophy collection in the background ahead of his attempt at the same challenge.

It is the second episode of the new Sky show, which is set to bring the worlds of sport and entertainment together.

Presented by Jamie Redknapp, who works for Sky Sports as a pundit as well as taking part in other shows such as A League of Their Own, the former Liverpool star is joined by his dad and former Tottenham boss Harry, as well as friend and comedian Tom Davis for the six-part series.

‘We’re all missing sport a huge amount so I’m so pleased to have been able to team up with my Dad and Tom Davis to bring a bit of sporting chit chat back to Sky at this time,’ said Jamie. 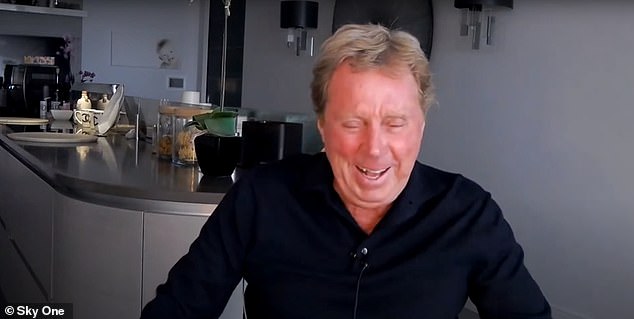 Harry Redknapp was left in stitches, too, as the Aston Villa coach revealed his attire on camera 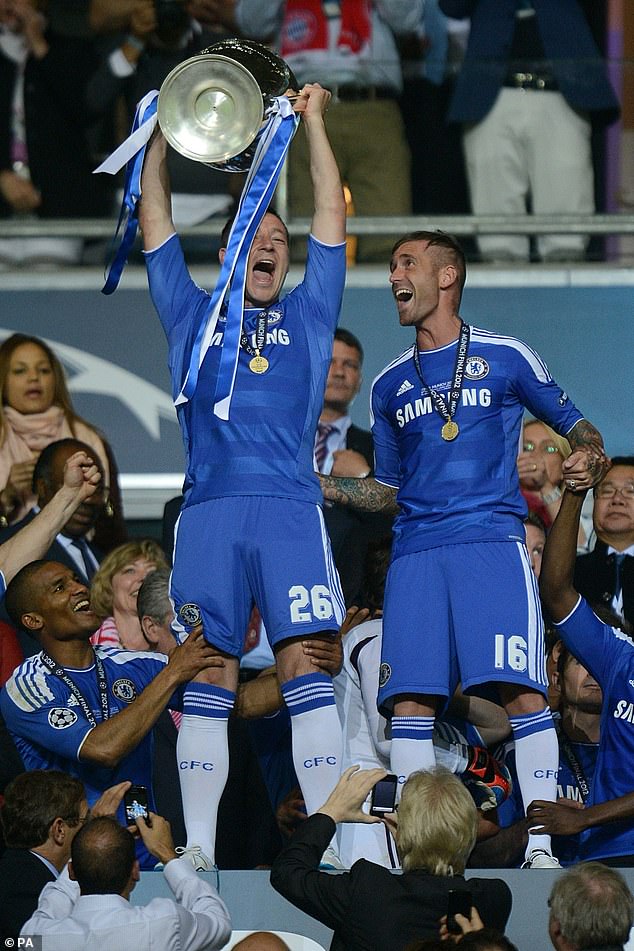 ‘We’ve got some great guests lined up so can’t wait for people to tune in – I’m sure Dad will have a story or two too!’

Harry added: ‘I was really excited to get the opportunity to work alongside Jamie for the first time for Sky and I love big Tom Davis too.

‘I, like the rest of the country, need some sport back in my life so hopefully this will bring some joy to those missing it too.’

The second episode, featuring Terry and McIlroy, airs at 10pm on Friday night. 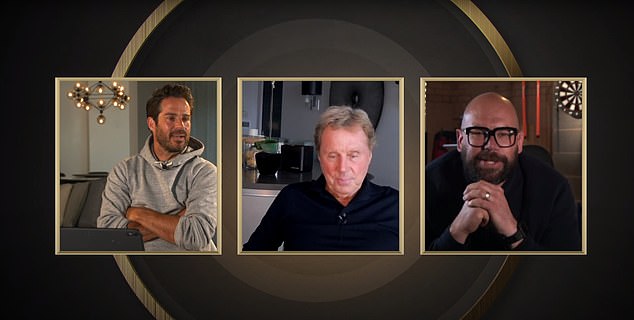 The programme is presented by Jamie Redknapp, along with his dad and comedian Tom Davis