John Travolta has teamed up with his daughter Ella to recreate a famous dance scene from Grease for a Super Bowl commercial.

The 66-year-old actor and his 20-year-old daughter were featured in the star-studded commercial for Scotts Miracle-Gro doing their own version of the hand jive.

John famously performed the dance in a scene from his iconic 1978 movei Grease, alongside Olivia Newton John.

Iconic: John Travolta has teamed up with his daughter Ella to recreate a famous dance scene from Grease for a Super Bowl commercial 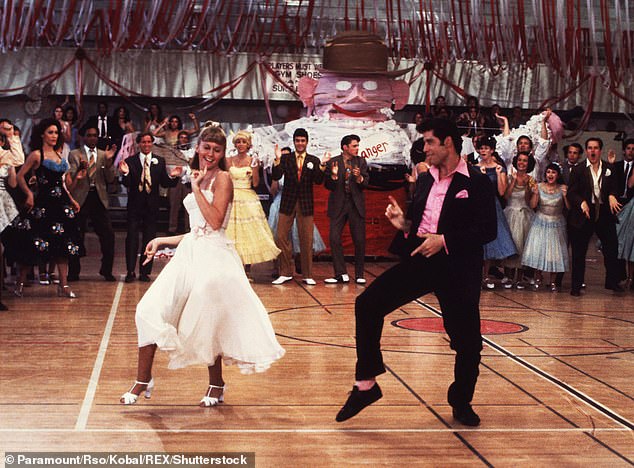 Dance off: Olivia Newton-John as Sandy and John as Danny Zuko dance to Born To Hand Jive during a dance scene from the 1978 film Grease

The new dance sees him team up with Ella, 20, his daughter with late wife Kelly Preston, as they advertise the lawn product alongside a host of other stars.

The 45-second spot also stars Martha Stewart, 79, who is shown tending to tomatoes in her neighbouring garden.

John is then shown playing with a phone camera. ‘Dad, it’s the red one,’ says Ella, who wears a black jacket over a black floral print dress for the ad. 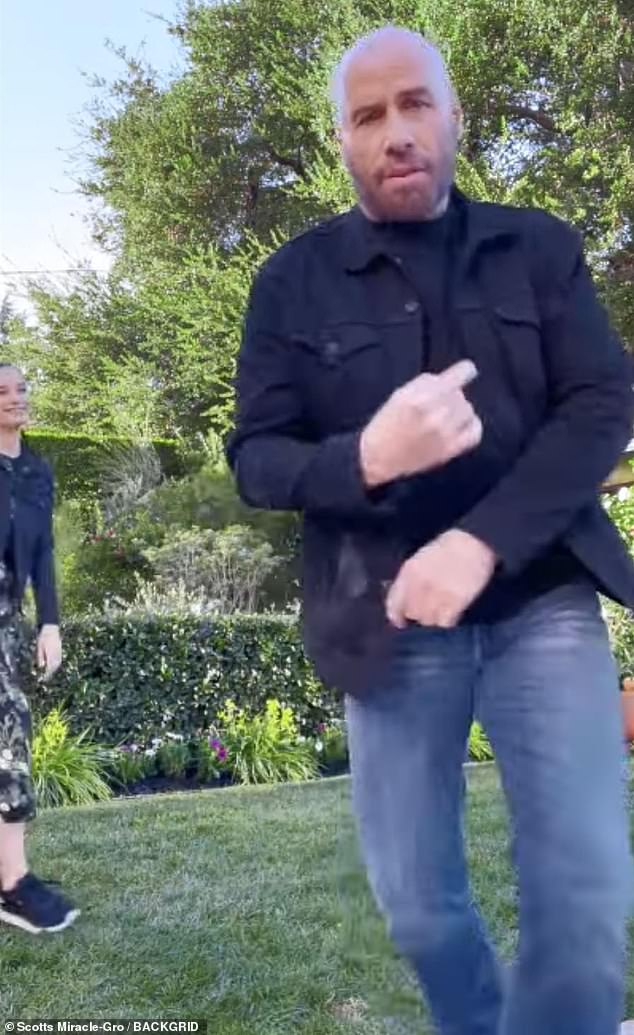 Hand jive: The 66-year-old actor and his 20-year-old daughter were featured in the star-studded commercial for Scotts Miracle-Gro doing their own version of the hand jive

After some toing and froing over how to get the camera to work, the pair eventually start recording.

John and Ella then dance to the Surfaces song Sunday Best that became popular in 2020 on TikTok.

Ella and John expertly perform the dance that his Grease character Danny Zuko did with Sandy Olsson, played by Olivia Newton-John, 72, during the hand jive contest.

‘He’s still got it,’ Martha says after peeking through her tomato bushes. 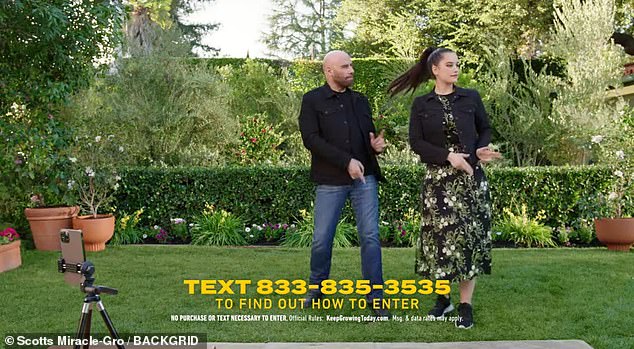 Nice moves: Ella and John were in sync as they danced together to a TikTok track 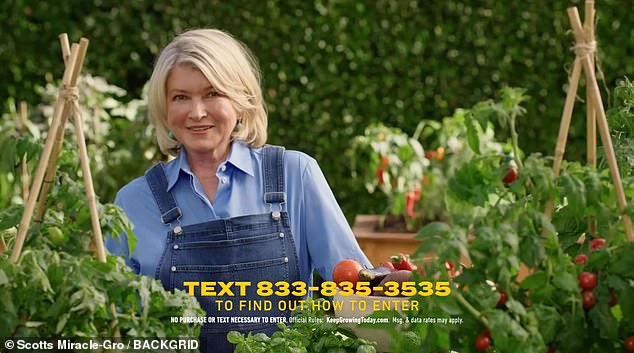 Dream garden: Martha Stewart was shown in her dream garden tending to tomato bushes in the star-studded ad

John also has a  10-year-old son Benjamin, with his late wife Kelly Preston, who died in July 2020 at age 57, two years after being diagnosed with breast cancer.

He is also dad to son Jett, who died in 2009 at age 16 while on a Christmas vacation in the Bahamas. 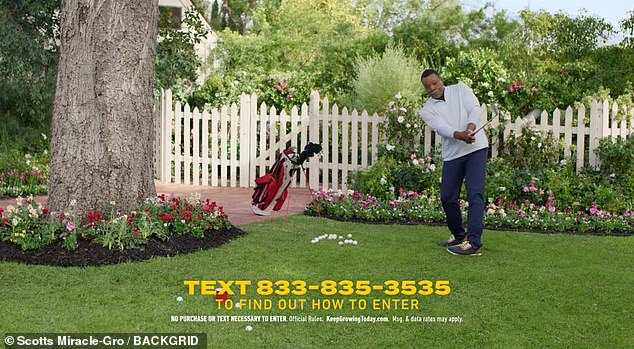 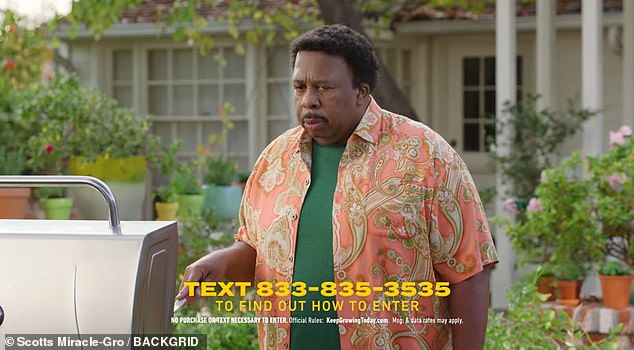 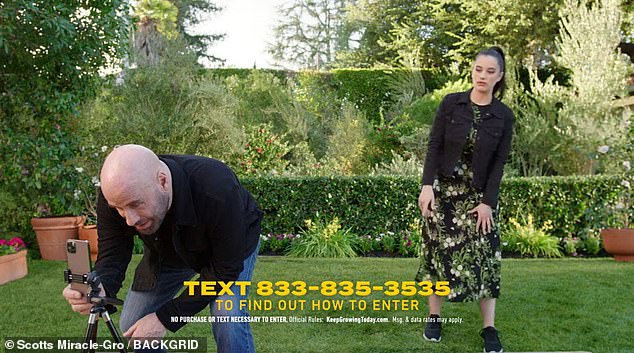 Camera ready: Ella helped her dad with the phone camera at the start of their cameo

Back in August, John shared a video of himself dancing with Ella in memory of Kelly.

‘My daughter @ella.travolta and I dancing in memory of momma. One of Kelly’s favorite things to do with me,’ John wrote in his caption.

He could be seen twirling his daughter to the soft strains of jazz music, seemingly played by a trio of piano, bass and drums. 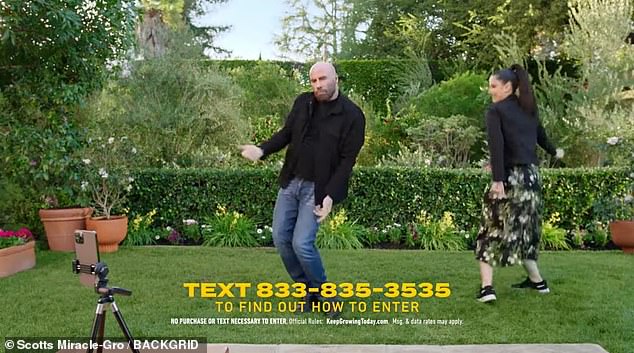 Popular song: John and Ella danced to the Surfaces song Sunday Best that became popular in 2020 on TikTok.

After the movie aired on British TV over the Christmas holidays, it was criticised on social media as racist, sexist, homophobic and ‘slut-shaming’.

Speaking to the A Life of Greatness podcast, the 72-year-old actress was only too happy to defend Grease against a new generation of woke millennials. 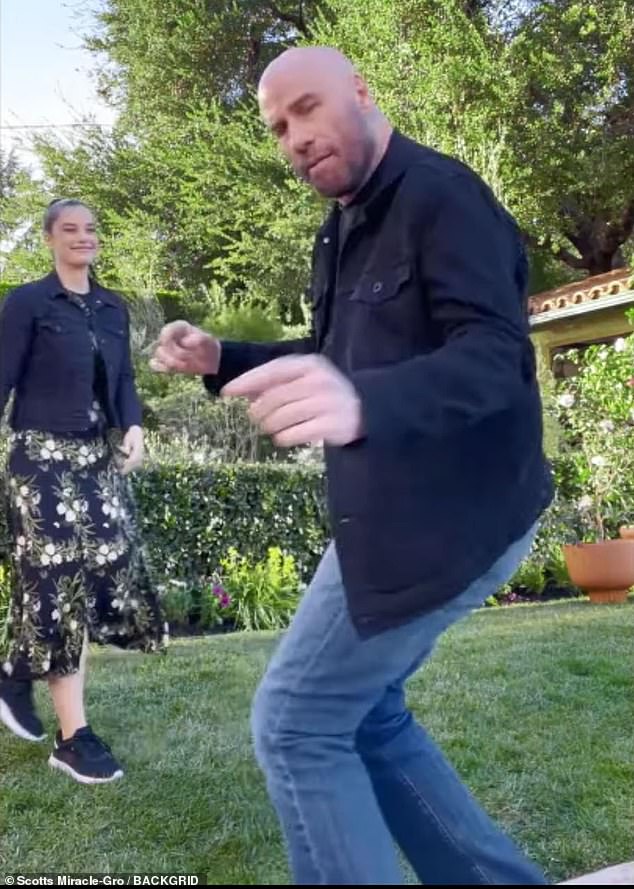 Got it: ‘He’s still got it,’ Martha said after peeking through her tomato bushes

‘It was a stage play, it’s a musical, it’s fun. It’s a fun movie musical not to be taken so seriously,’ she added.

The singer went on to say that people take popular culture ‘too seriously’ these days.

‘We need to relax a little bit and just enjoy things for what they are,’ she said. ‘I didn’t see it like that at all, I think it’s a fun movie that entertains people.’

Grease was one of the highest grossing films of the ’70s, and went on to become a Hollywood classic. 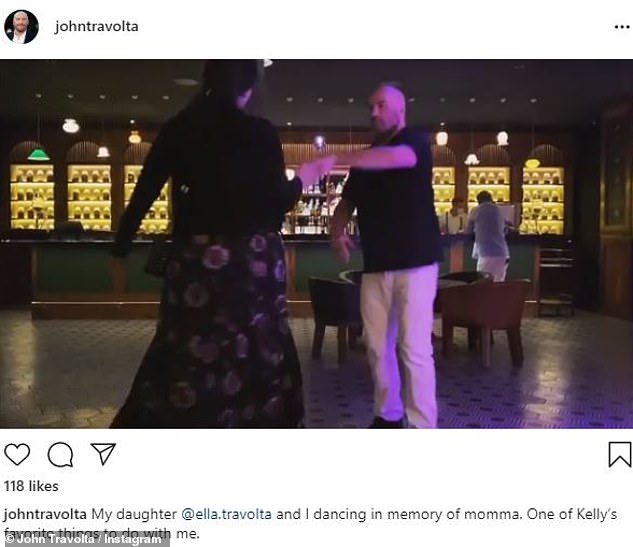 Remembrance: Back in August, John shared a video of himself dancing with Ella in memory of her late mother Kelly Preston