He’s the Hollywood icon who was famously pictured trying to plant a kiss on the cheek of Scarlett Johansson at the 2015 Academy Awards.

And John Travolta has been caught in the act again, this time with Channel Ten reporter Angela Bishop at the G’Day USA gala in Los Angeles.

The awkward moment was captured on camera and played for viewers of The Project, after which Lisa Wilkson and the show’s fellow panelists were seen cringing.

Awkward! John Travolta was seen trying to go in for a kiss with reporter Angela Bishop at the G’Day USA Gala, a moment that was played for Australian audiences on Sunday night’s episode of The Project

The segment was introduced by The Project’s Peter Helliar, who stated:  ‘Our great mate Angela Bishop was on the red carpet over in LA for the G’Day USA gala and she was interviewing John Travolta. Things got a little awkward at the end of the interview which made me ask – is it a kiss?’

The clip was then played for viewers, which saw the veteran entertainment reporter finishing up her chat with the Hollywood star.

‘Great to see you’, Angela was seen saying, before turning slightly towards John before moving away. 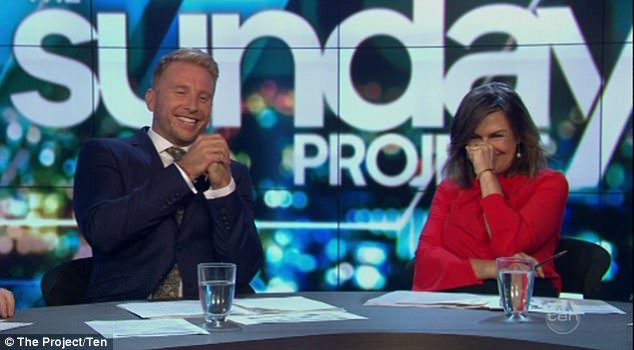 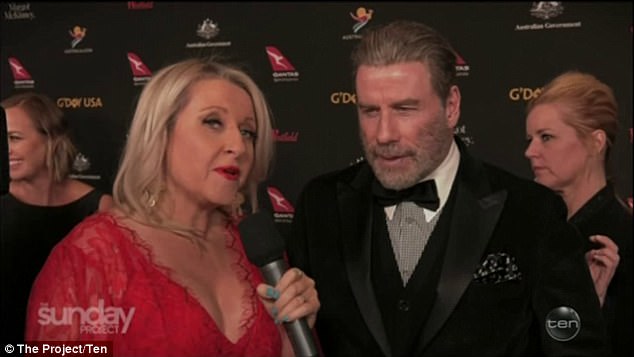 Miscommunication: The clip was played for viewers, with the near-kiss coming after the veteran entertainment reporter finished up her chat with the Hollywood star 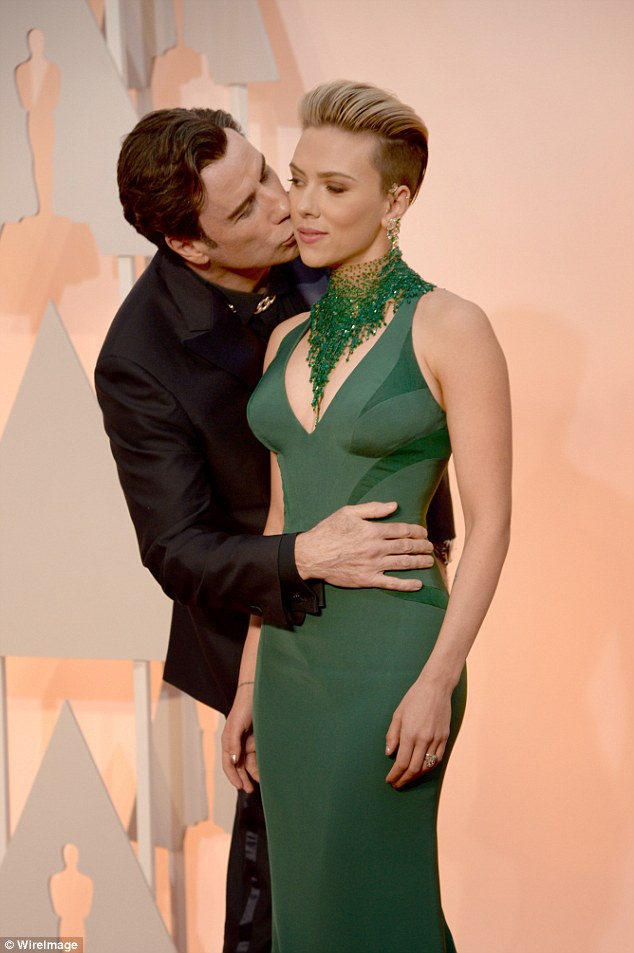 Deja vu! John was famously pictured trying to plant a kiss on the cheek of Scarlett Johansson at the 2015 Academy Awards

Thinking she was hoping for a polite kiss, the actor leaned in before awkwardly moving on when it was clear there was a miscommunication.

The clip then ended, before The Project cut to its four panelists cringing at the clumsy exchange.

Trying to defend John, co-host Rachel Corbett said: ‘Hang on! She [Angela] hung him out to dry there. He read the signals, taken her lead and she’s turned away at the end!’ 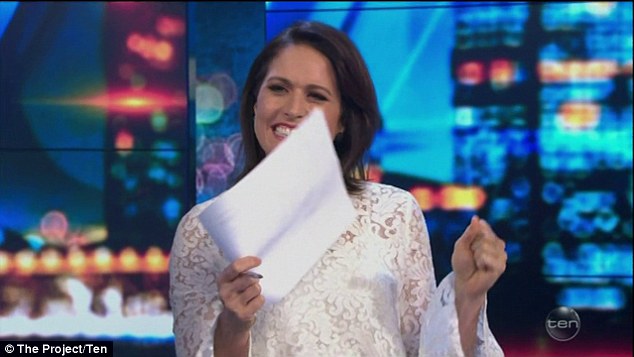 Defense! Panelist Rachel Corbett said Angela looked as if she had signaled for a kiss on the cheek

Peter then referenced the actor’s iconic role in Grease by quipping: ‘She made his chills multiply’.

Sunday marked Lisa Wilkinson’s debut on The Project, an appearance anticipated since she sensationally defected from Channel Nine to Channel Ten last October.

The 58-year-old esteemed journalist showed her range, covering comedic topics such as the kiss, before delving into emotional territory with a story about surrogacy. 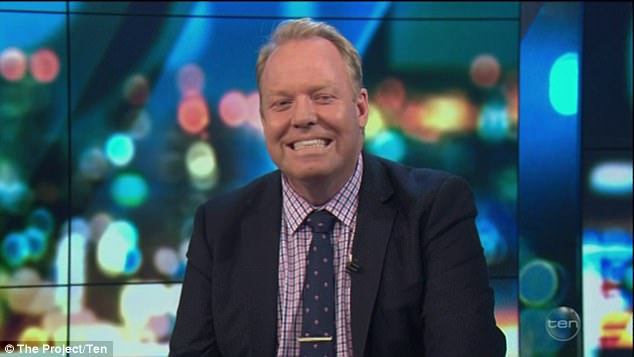 ‘She made his chills multiply’: Panelist Peter Helliar couldn’t resist a wisecrack at John’s expense