John Travolta took to Instagram on Saturday night to show gratitude for a concert he thoroughly enjoyed.

The 68-year-old actor shared a photo of himself embracing Tommy Lee backstage at Motley Crue’s show in Jacksonville, Florida, as both grinned widely.

He wrote in the caption: ‘Tommy, thank you for greatest night in Rock ‘n’ Roll. Mötley Crüe at its best. Love you tons. – JT’

Appreciative: The star was 68-year-old star was emphatic in his excitement

The Grease star wore a faded denim jacket with a crewneck black shirt underneath, and black pants.

He sported his usual shaved head with a full, neatly-groomed, salt-and-pepper beard as he hugged the drummer, 59.

Tommy was dressed in belted jeans and a black tank top that showed off his sleeve of tattoos.

His shaggy, brown, haircut was fashionably disheveled and had a few streaks of blonde highlights at the front. 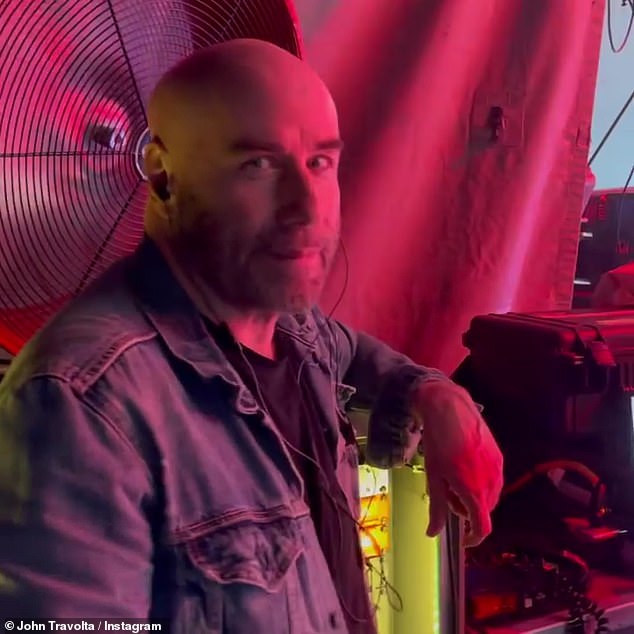 The two legendary Hollywood figures both flashed toothy grins for the photo-op.

In the clip the musicians put on a spirited, guitar and drum-driven performance to an appreciative crowd.

Red stage lights shone on him as he wore a pair of black wired earphones and flashed a thumbs up at the camera. 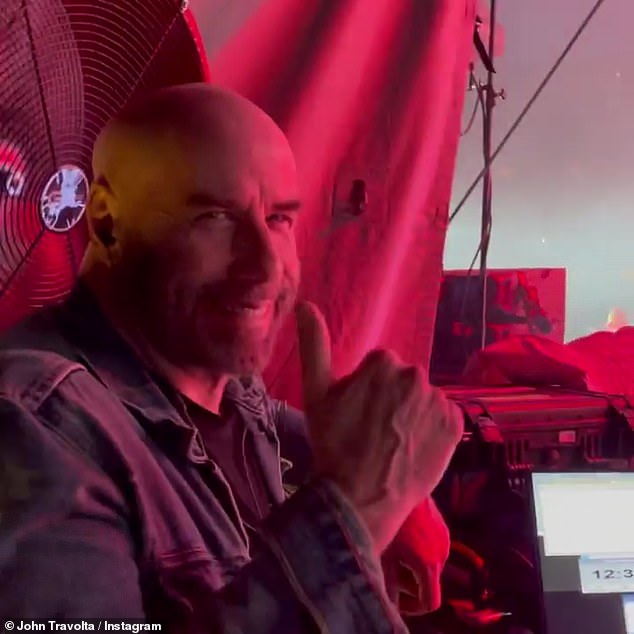 The post received almost 50,000 likes in the first couple of hours it was uploaded.

Fans joined in the comments to say, ‘So awesome,’ ‘My dudes!!’ and ‘I love this friendship!’

It isn’t the first time the two have posted together on social media – back in November Lee shared a text exchange with the actor on TikTok as they bonded over baking.

And before that, Travolta shared a video from a night out as the two went to a Rolling Stones concert in Los Angeles. 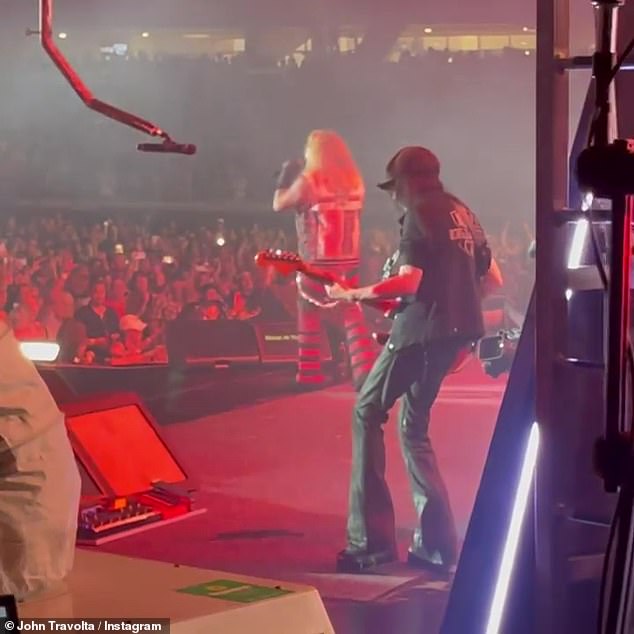 Rock stars: In the clip the musicians put on a spirited, guitar and drum-driven performance to an appreciative crowd