When Arthur Fiedler died in 1979 after almost 50 years at the helm of the legendary Boston Pops (the back-desk players of the Boston Symphony Orchestra), the board had the inspired idea of asking John Williams to replace him.

Inspired because it wasn’t at all obvious. Williams may have been, even then, a renowned film composer, but his conducting activities had been largely confined to Hollywood sound stages. Large public concerts were something entirely new to him.

But in 14 seasons with the Pops, he not only survived, he flourished. And the fruits of his labours can be found on this 20-CD Sony set, recorded mainly in the Nineties, and in excellent sound. 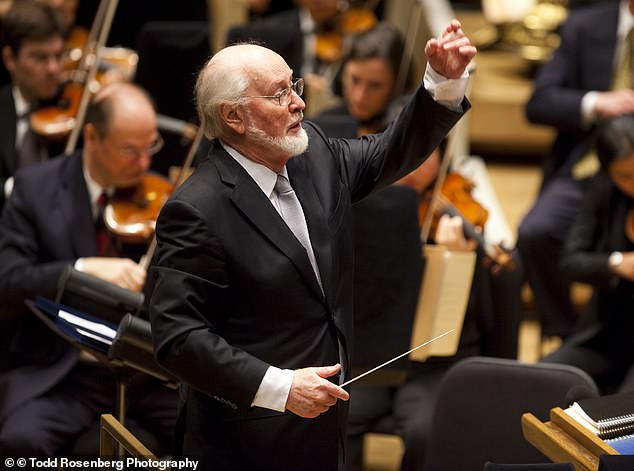 John Williams conducting. At £100 this box set is not cheap but where else will you find performances of this quality of some of the greatest movie and light music ever composed?

A dozen albums feature the Pops, the rest come from elsewhere, with three of the finest offerings featuring the London Symphony Orchestra. The LSO’s Hollywood Sound album, comprising juicy extracts from Oscar-winning scores, is one of the best of the bunch. Here, and elsewhere, Williams shows his mastery of other people’s music, as well as his own – something he learned from his time with the Pops.

Film music dominates, and will be this set’s major selling point. There’s a Star Wars album, of course, and three more featuring the Spielberg/Williams collaborations, with stuff from almost 30 movies, including Schindler’s List, at the outset of which Williams told Spielberg ‘You need a better composer than me for this, Steve’, to which Spielberg replied: ‘I know, John, but they’re all dead!’

There are also albums of standard Pops fare, such as Unforgettable, music from the Great American Songbook; Night And Day, a Sinatra celebration; and I Love A Parade, an album of popular marches.

Two of the movie discs feature violinist Itzhak Perlman. I really love Cinema Serenade 2, with delicious arrangements of film music from Hollywood’s Golden Age, several of them by Williams himself, on which Perlman plays most beautifully.

As a sampler, download Cathy’s Theme from Wuthering Heights, and you will be swept away.

At around £100, this box isn’t cheap. But where else will you find performances of this quality of some of the greatest movie and light music ever composed?