John Wilson and the Sinfonia of London

John Wilson’s hobby is creating orchestras. He began at college with a small jazz ensemble, which became the John Wilson Orchestra, specialising in music from Hollywood musicals.

It’s a band good enough to shift shedloads of CDs all over the world and win a standing ovation, headed by John Williams himself, for a concert in Los Angeles’s Walt Disney Hall.

Now he has moved on to a full symphony orchestra, the Sinfonia of London, a name that flourished for a few years in the Fifties. 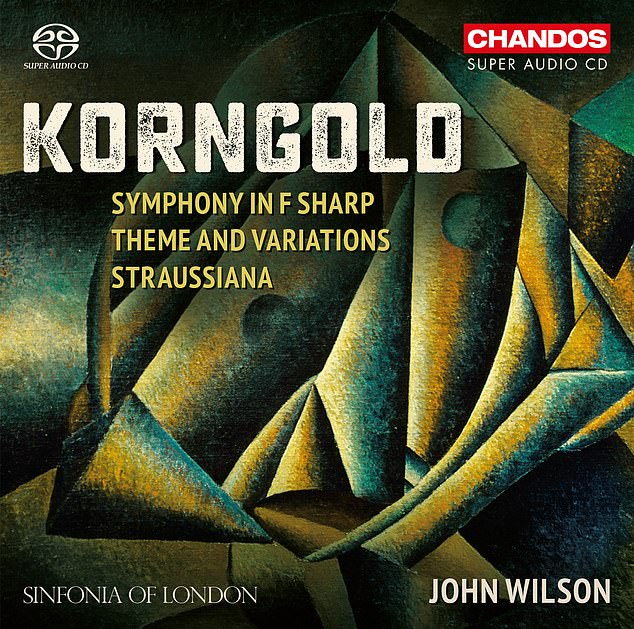 The symphony never caught on, yet it’s a late romantic masterpiece, full of the saturated orchestral sensuality so beloved of Strauss and Mahler

Wilson’s newly reinvented Sinfonia is also intended as a recording orchestra, using lots of players he has worked with over the years. And its first two Chandos issues are terrific.

As a child, Erich Wolfgang Korngold was hailed by both Mahler and Richard Strauss as a talent to equal Mozart. But changes in fashion, and of course Hitler, caused him to become a star composer in Hollywood instead.

It won him Oscars but lost him his reputation as a serious musician. By the time he came to compose his one symphony, he was trying to recover from a heart attack, and in despair at his inability to reinstate himself in the world’s concert halls.

The symphony never caught on, yet it’s a late romantic masterpiece, full of the saturated orchestral sensuality so beloved of Strauss and Mahler. The scherzo has a sweeping horn tune that John Williams (a big fan of Korngold) could have used for Star Wars.

The slow movement has a principal theme that looks back beyond Mahler to the slow movement of Schumann’s Second. The finale begins with some sardonic woodwind worthy of Shostakovich. Music that rewards attention, then, and worth discovering.

The second album is 80 minutes of French orchestral works from the era of Debussy and Ravel. As well as Ravel’s Rapsodie Espagnole and Debussy’s Afternoon Of A Faun, there’s the Beechamesque and rumbustious Espana, and Massenet’s Méditation, and then some unusual stuff such as Ibert’s Arabian-influenced Escales and a real rarity, the Three Dances by Maurice Duruflé.

All well worth exploring. If Wilson and the Sinfonia carry on like this, it will become a memorable partnership.