A school teacher who was almost killed after a pregnant woman fell on him has launched an online search to find her daughter.

John Woodroffe and his partner Katy, who are from Tasmania, were strolling through London in 1972 when the woman jumped from a fifth floor of an office building and fell on them.

Mr Woodroffe suffered devastating injuries, and almost died in hospital as doctors fought desperately to save him.

Both mother and unborn baby miraculously survived the incident.

Almost 50 years after his near-death experience Mr Woodroffe is now desperate to track the woman’s daughter down.

Mr Woodroffe suffered a broken left leg, a fractured collarbone and several cracks to his ribs and vertebrae.

‘I looked over and John was slumped against the wall, not looking good … it was just awful to see him like that,’ Mrs Woodroffe told the ABC.

The woman along with Mr Woodroffe were rushed to the hospital but they never met.

A short while after he was admitted to the hospital, doctors found Mr Woodroffe had developed fat embolism syndrome – which can lead to respiratory failure.

Mr Woodroffe struggled to recover from his injuries with his surgeon saying it was one of the rarest cases he had ever seen.

‘I remember getting back into the main ward after seven weeks, and the doctor said my leg had not healed at all,’ Mr Woodroffe said.

He was finally able to return to Hobart after being hospitalised for four months but would suffer lung issues and have a limp for the rest of his life. 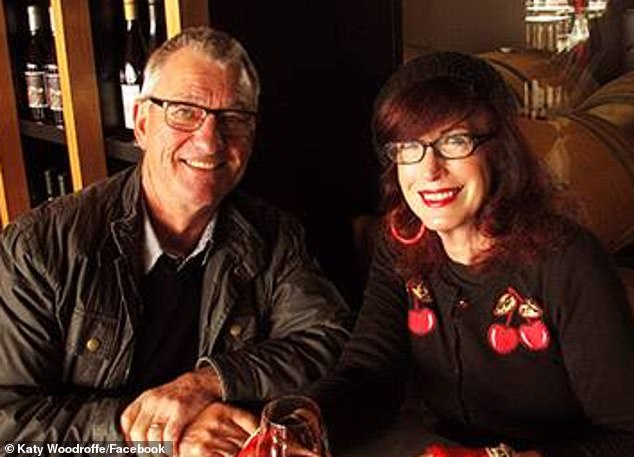 John  (pictured with wife Katy) was left suffering multiple injuries from the woman’s fall including broken bones in his left leg, a fractured collarbone and several cracks to his ribs and vertebrae

The Woodroffes were able to get the details of the mother but she has since died, turning their attention onto the child.

They have heard stories about run-ins various people had with the child, and took to Facebook in a desperate plea for anyone with information.

‘Two or three years ago during Anzac celebrations at Gallipoli a couple of Tasmanians were drawn into conversation with the daughter of the woman who fell on me in London in 1972,’ Mr Woodroffe wrote on his Facebook page.

‘I’m trying to contact her so I can include some of her first hand information in a memoir I am writing.’

‘Finding out that she likely had a daughter has been the most surprising for us,’ Mrs Woodroffe said.’

The post sparked a mass search to find the daughter.

One woman posted the story to her own account, which was shared more than 3000 times.

The couple who are both now retired teachers are venturing to Europe next week, hoping to make a stop by London to continue their search. 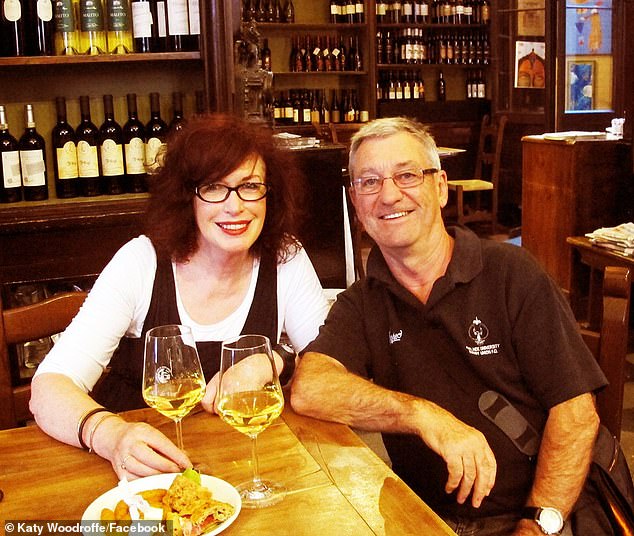