Johnathan Thurston has pulled out of commentary duty for Penrith v Melbourne with the devastated Cowboys legend reeling from the death of his former coach and mentor Paul Green.

Green, 49, was found dead at his home in Brisbane this morning, leaving behind his wife Amanda and children Jed and Emerson. Queensland police said there were no suspicious circumstances surrounding his death.

The halfback was closely associated with Cronulla and Brisbane during his playing career, before guiding the Cowboys to their first ever premiership in 2015. He also coached Queensland in Origin last year. 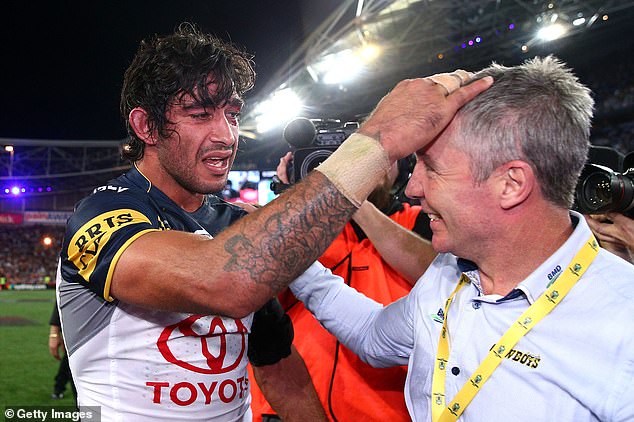 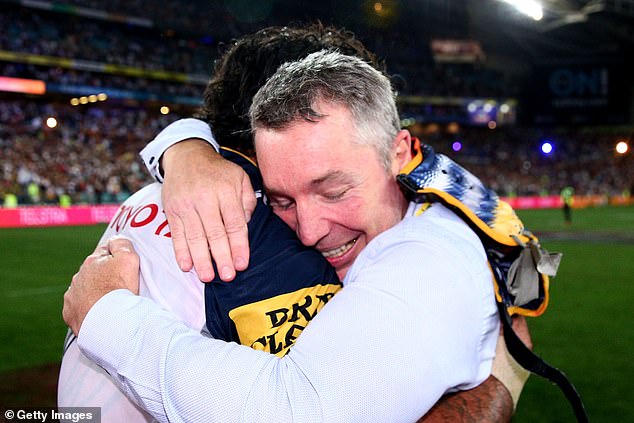 North Queensland legend Thurston spent the majority of his playing career desperate to deliver his club their first premiership, and it wasn’t until Green arrived in Townsville that the legendary halfback managed to achieve his career-long dream.

Thurston was expected to be in the commentary box for the game at Bluebet stadium but did not feature on Thursday night, in a move likely to be linked with Green’s death.

Green’s former Origin teammate, Wendell Sailor, said he spoke with a devastated Thurston on the phone hours after Green’s passing. 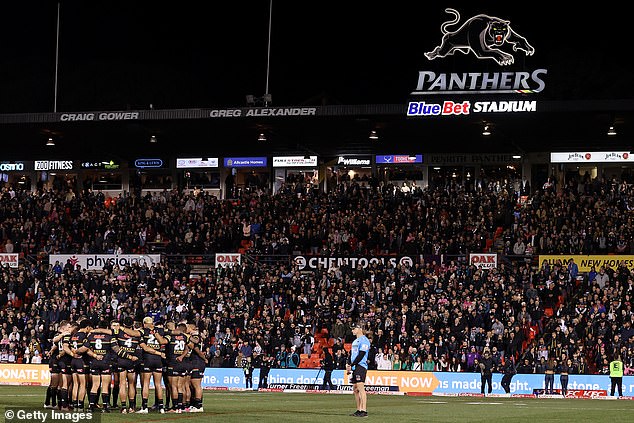 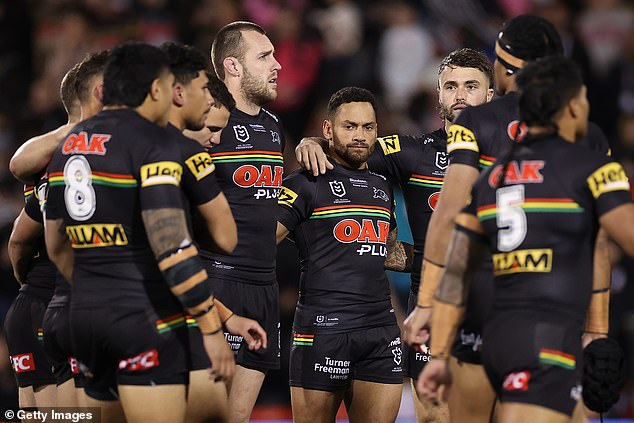 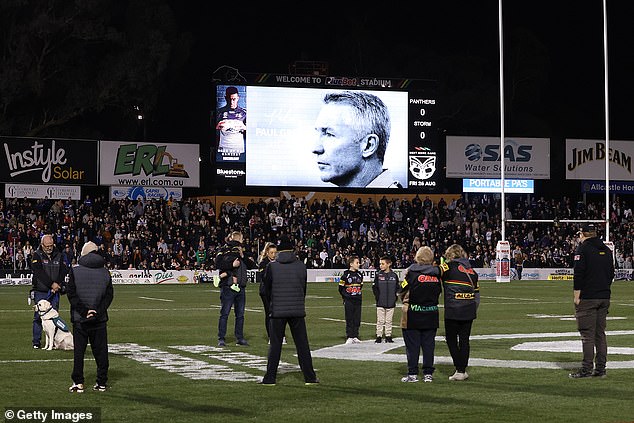 ‘I’ve had heaps of phone calls and text messages today and I even called Johnathan Thurston, I said “mate, can you believe it?” he goes “mate, my phone has just been blowing up, I just don’t know what to say.”‘

Elsewhere, players from Melbourne and Penrith paid tribute to Green in the first NRL match played in thewake of his death.

Both sets of players observed a minute’s silence in a poignant tribute at Bluebet Stadium.

Panthers and Storm stars grouped together in separate huddles while spectators impeccably respected the minute’s silence as fans and players remembered the rugby league great.