Johnny Depp is in a romantic relationship with a wealthy London-based lawyer who previously represented him in one of his libel legal battles, sources close to the actor have told DailyMail.com.

Attorney Joelle Rich, 37, defended the Hollywood star during his court case against UK tabloid The Sun, and more recently, in his explosive defamation trial against ex-wife Amber Heard in Virginia in April this year.

And it appears the romance between the two was going strong even back then, with exclusive DailyMail.com photos showing the secret lovebirds walking close together as they left the Fairfax County Courthouse at the end of proceedings.

Throughout the six-week trial, Depp and Rich were seen leaving court together in his SUV daily. The Hollywood star at one point was even spotted placing his hand on the libel lawyer’s back in a caring gesture.

The romance between Johnny Depp and his new lawyer girlfriend appeared to be going strong even as far back as April, during his explosive defamation trial in Virginia , exclusive DailyMail.com photos show 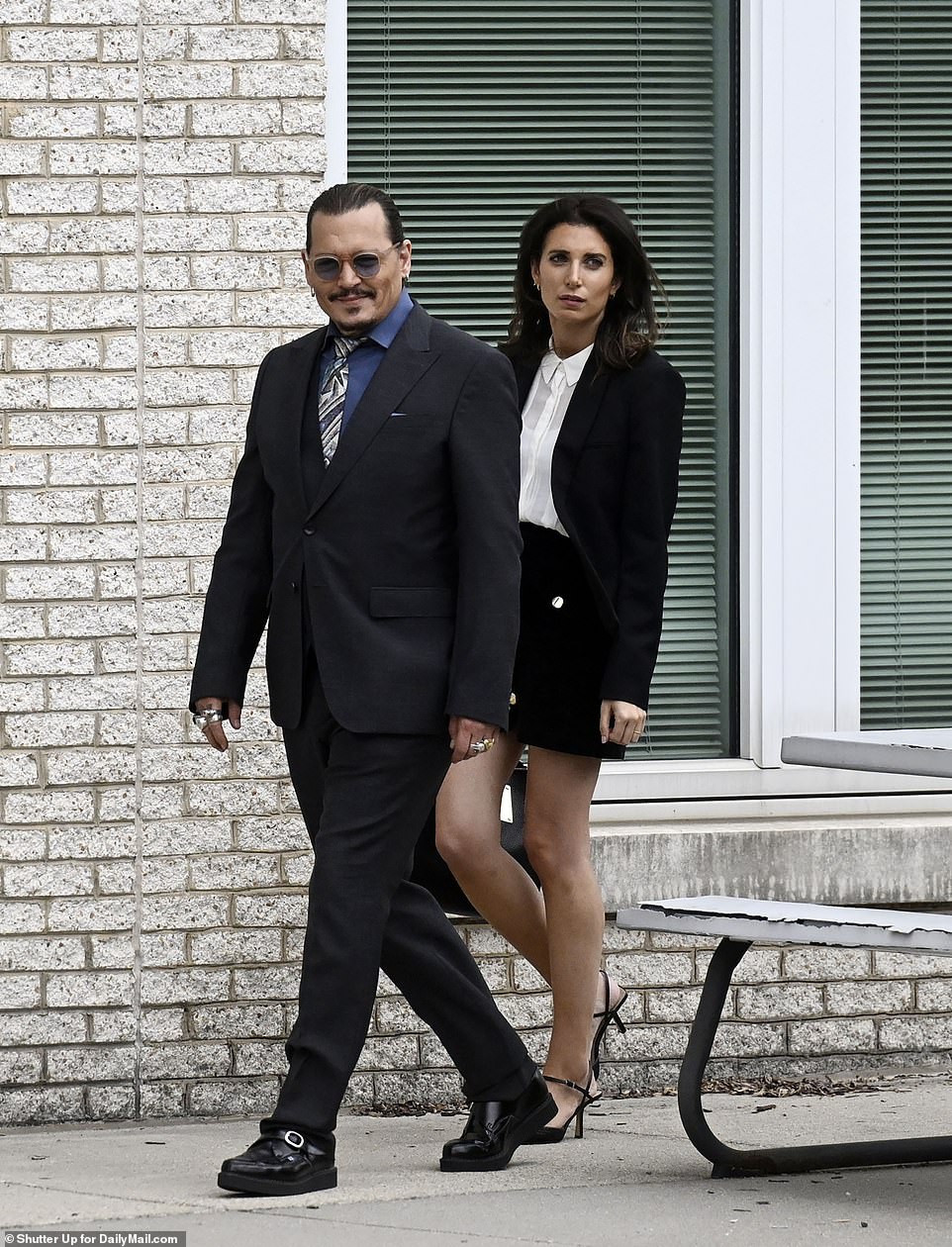 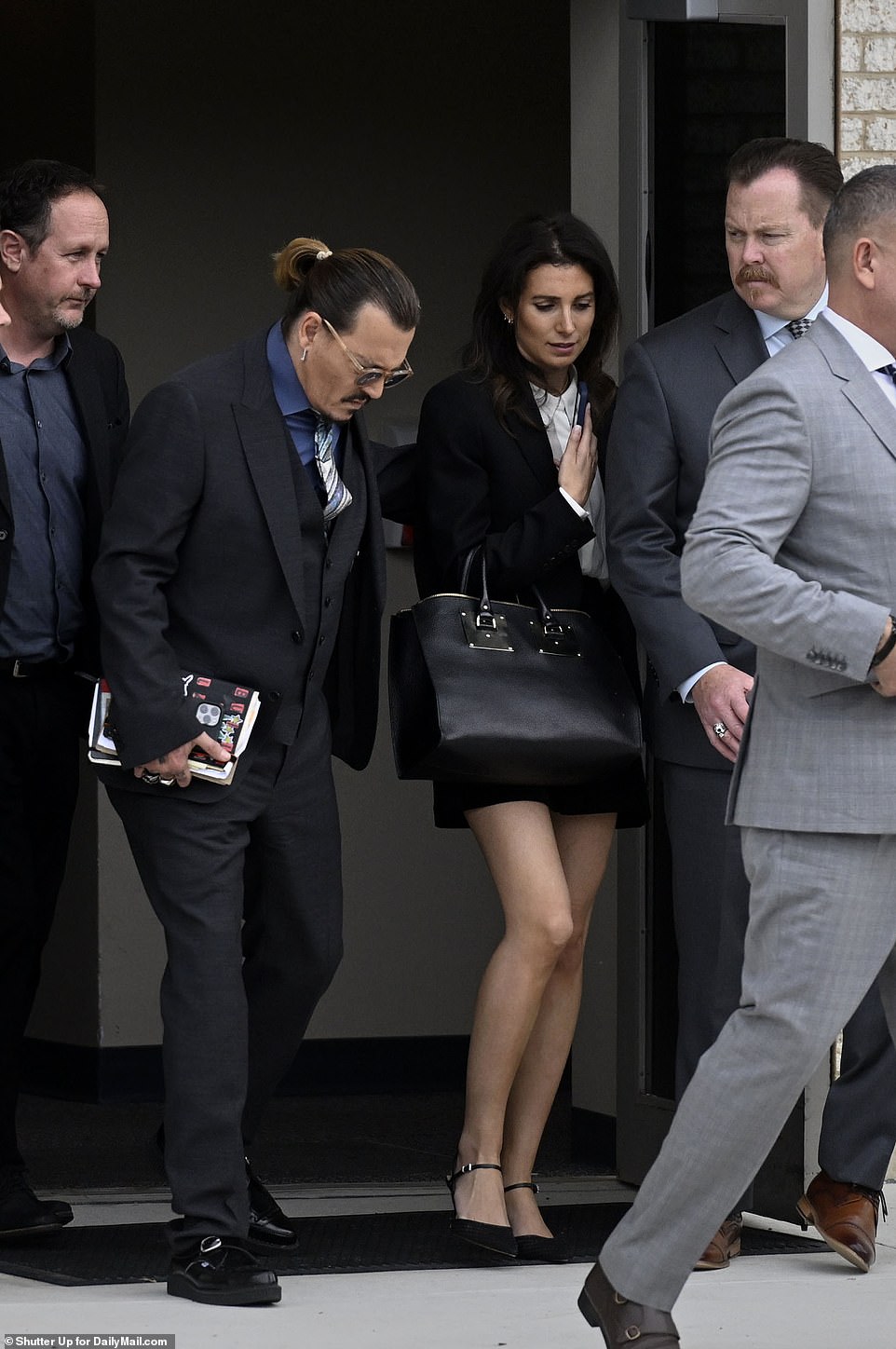 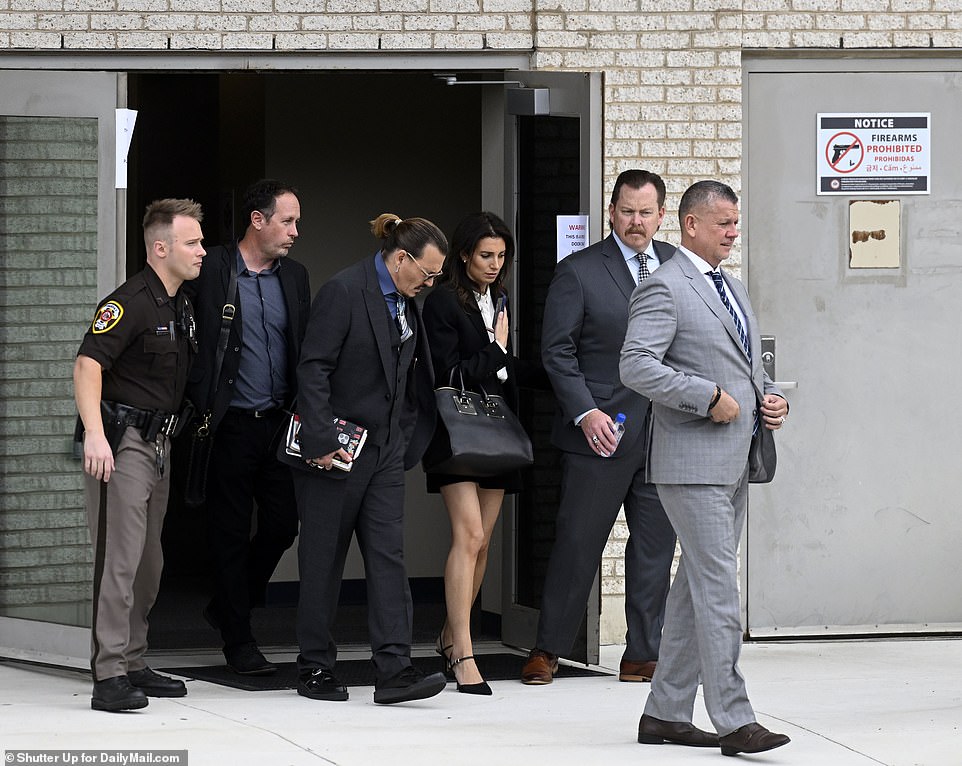 Rich is a partner in the international law firm Schillings whose clients include Prince Harry and wife Meghan.

The mother-of-two is said to be separated from her financier husband Jonathan Rich and the couple are thought to be getting divorced.

US celebrity and entertainment magazine Us Weekly quoted an insider as describing the relationship between Ms Rich and Depp, 59, as ‘serious’. 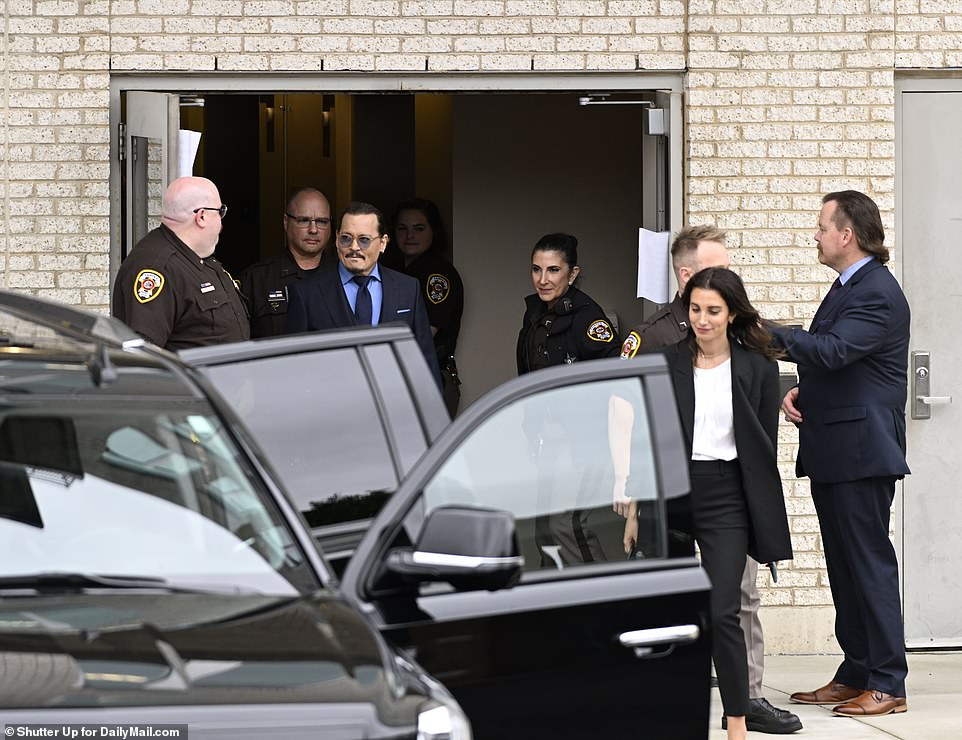 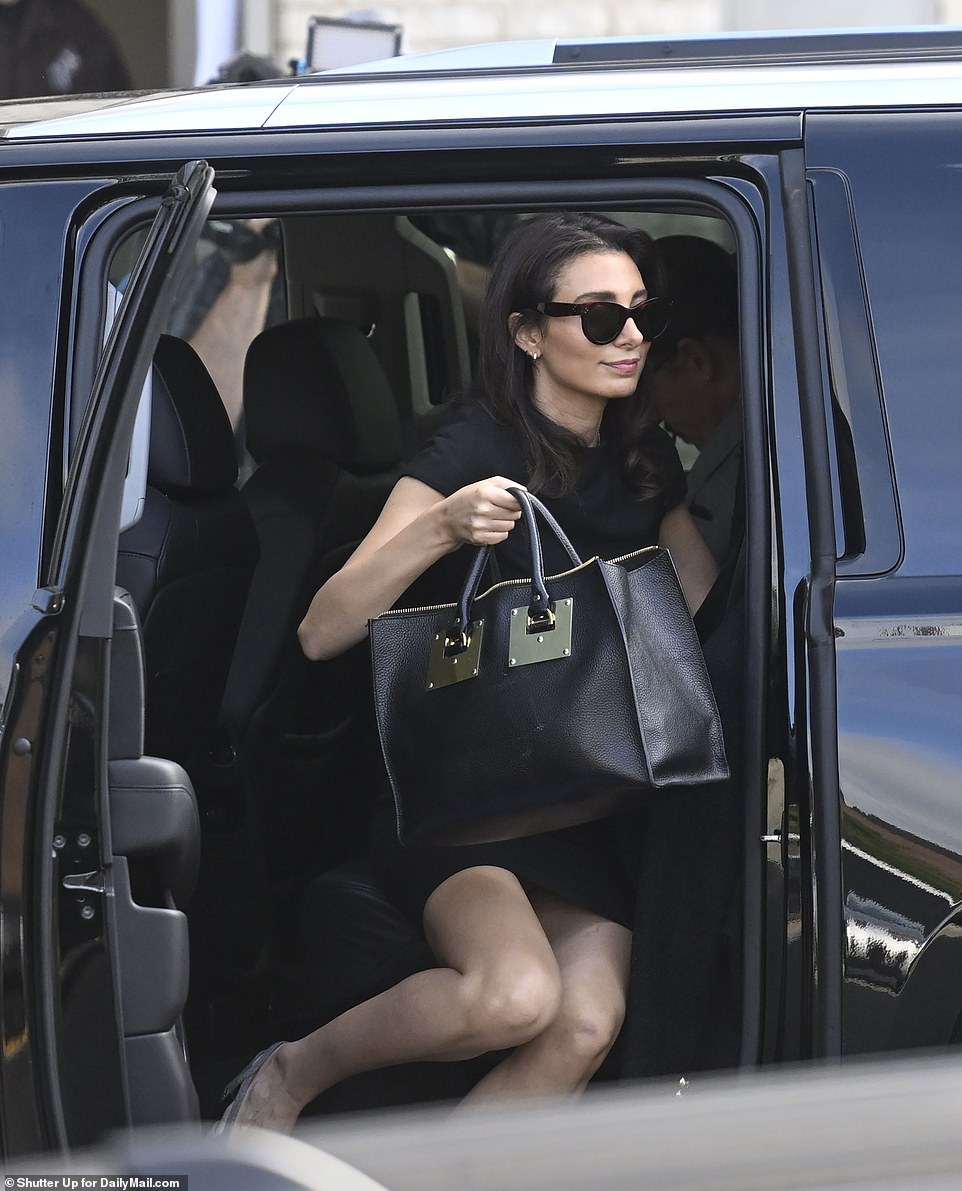 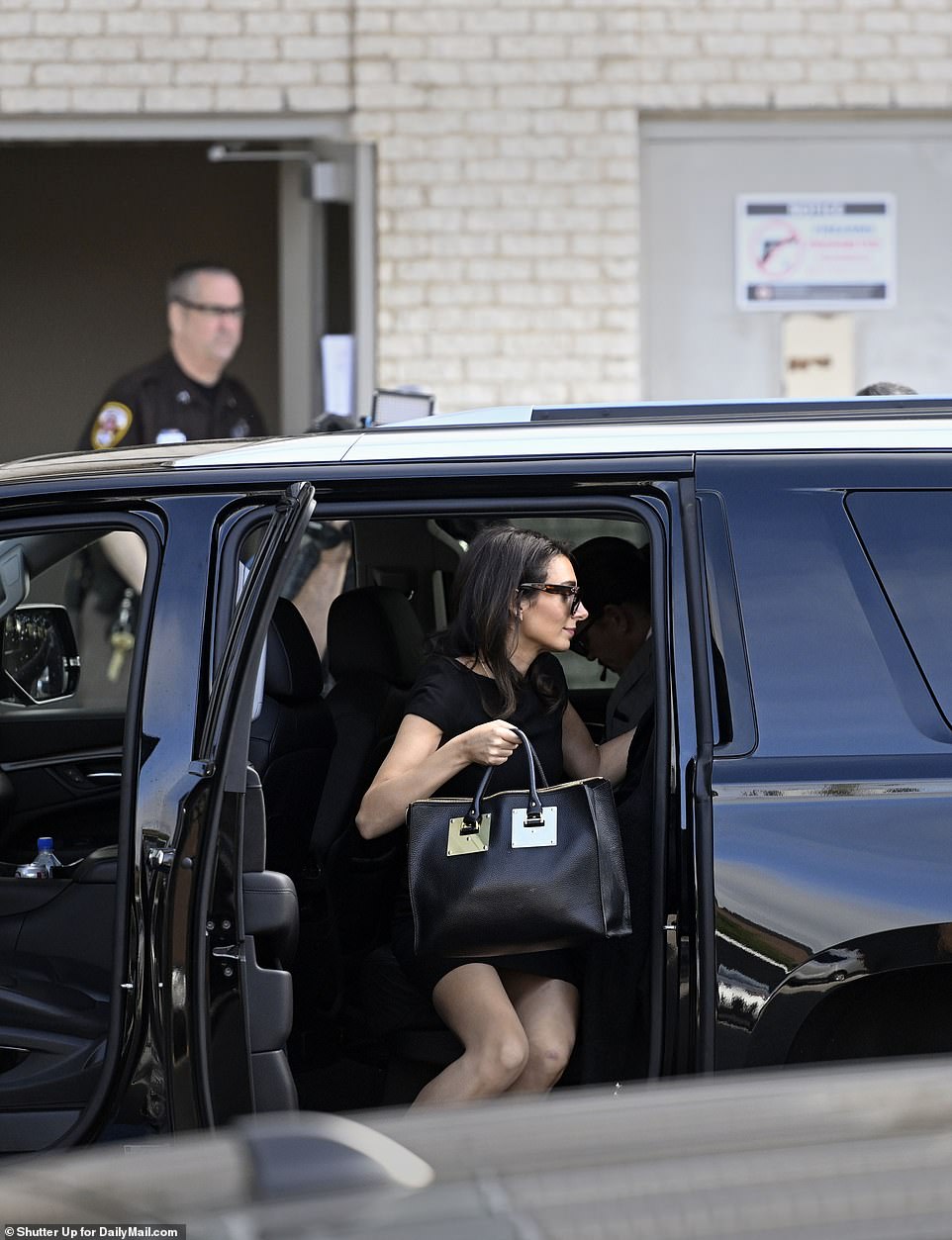 The source told the magazine: ‘Their chemistry is off the charts’. The insider added: ‘It’s serious between them. They are the real deal.’

Ms Rich represented the actor in his ill-fated libel battle against the Sun at London’s High Court in July 2020 after the newspaper branded him a ‘wife beater’ in an article.

The article had stated there was ‘overwhelming evidence’ that Depp had engaged in acts of domestic violence while married to Amber Heard.

Edward Scissorhands star Depp lost his battle after a High Court judge, sitting without a jury, ruled that Ms Heard’s evidence of abuse she suffered was ‘substantially true’. 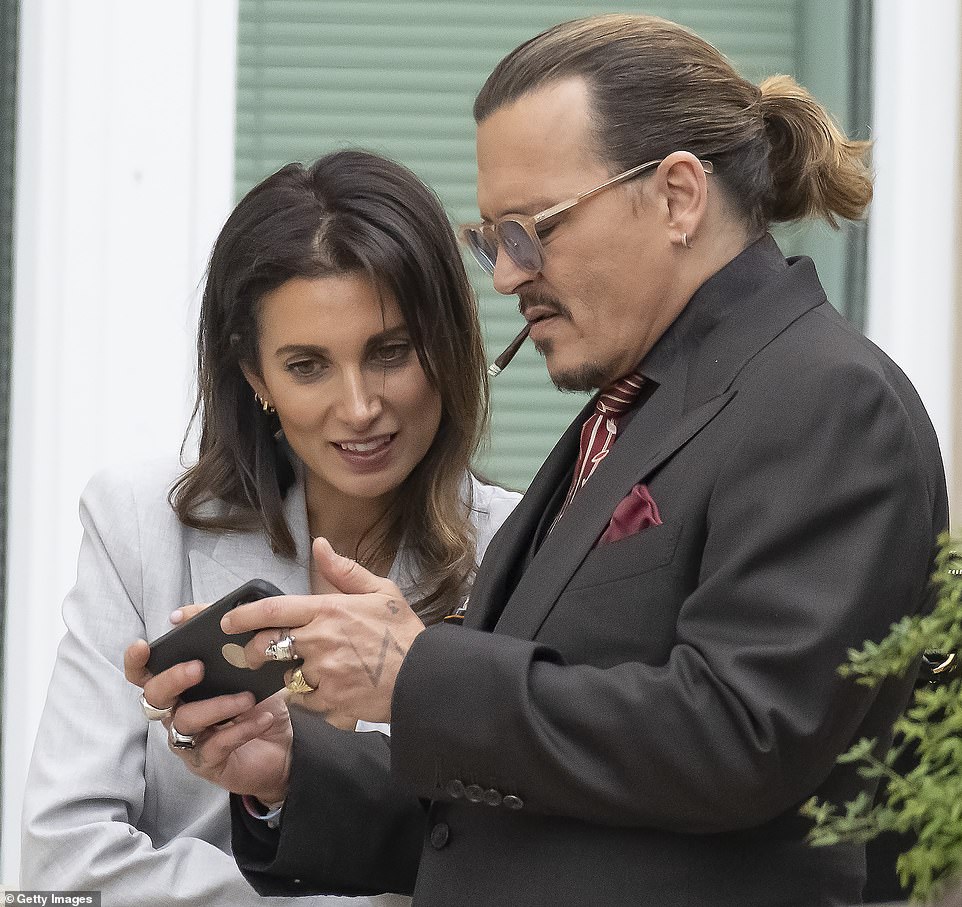 Johnny Depp is reportedly in a ‘serious’ relationship with London-based attorney Joelle Rich, who represented him in his unsuccessful 2020 libel trial against British newspaper The Sun. They are pictured together at his recent defamation case against ex-wife Amber Heard, with a source claiming that Rich attended the case to offer ‘support’ to the actor 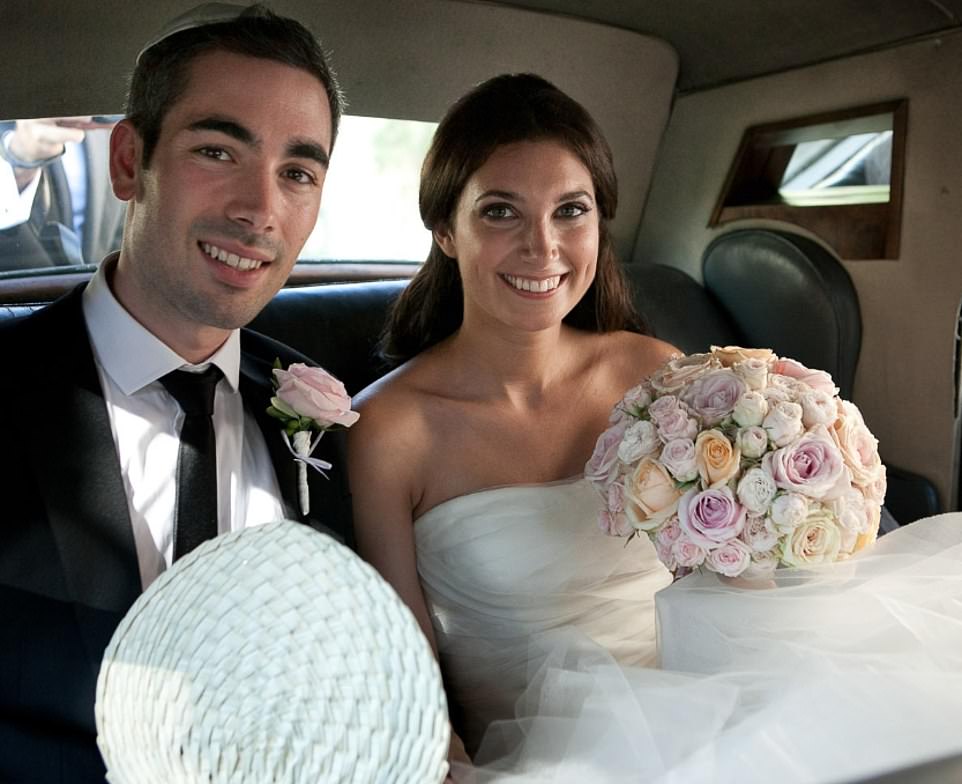 Joelle Rich (right) on her wedding day, when she married her husband Jonathan. It is understood the couple are currently going through a divorce 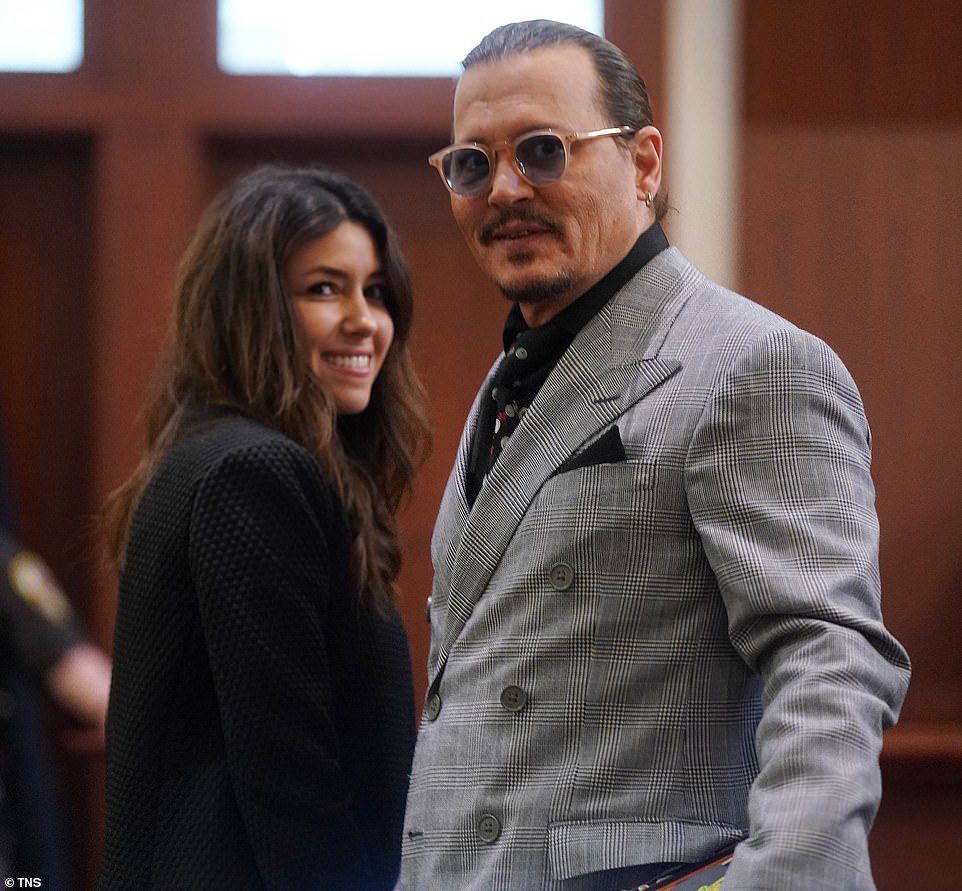 The reports about Rich and Depp’s alleged romance come after he faced months of furious speculation that he was dating another attorney – Camille Vasquez (pictured), who was part of the legal team who represented him in his recent defamation trial against ex-wife Amber Heard 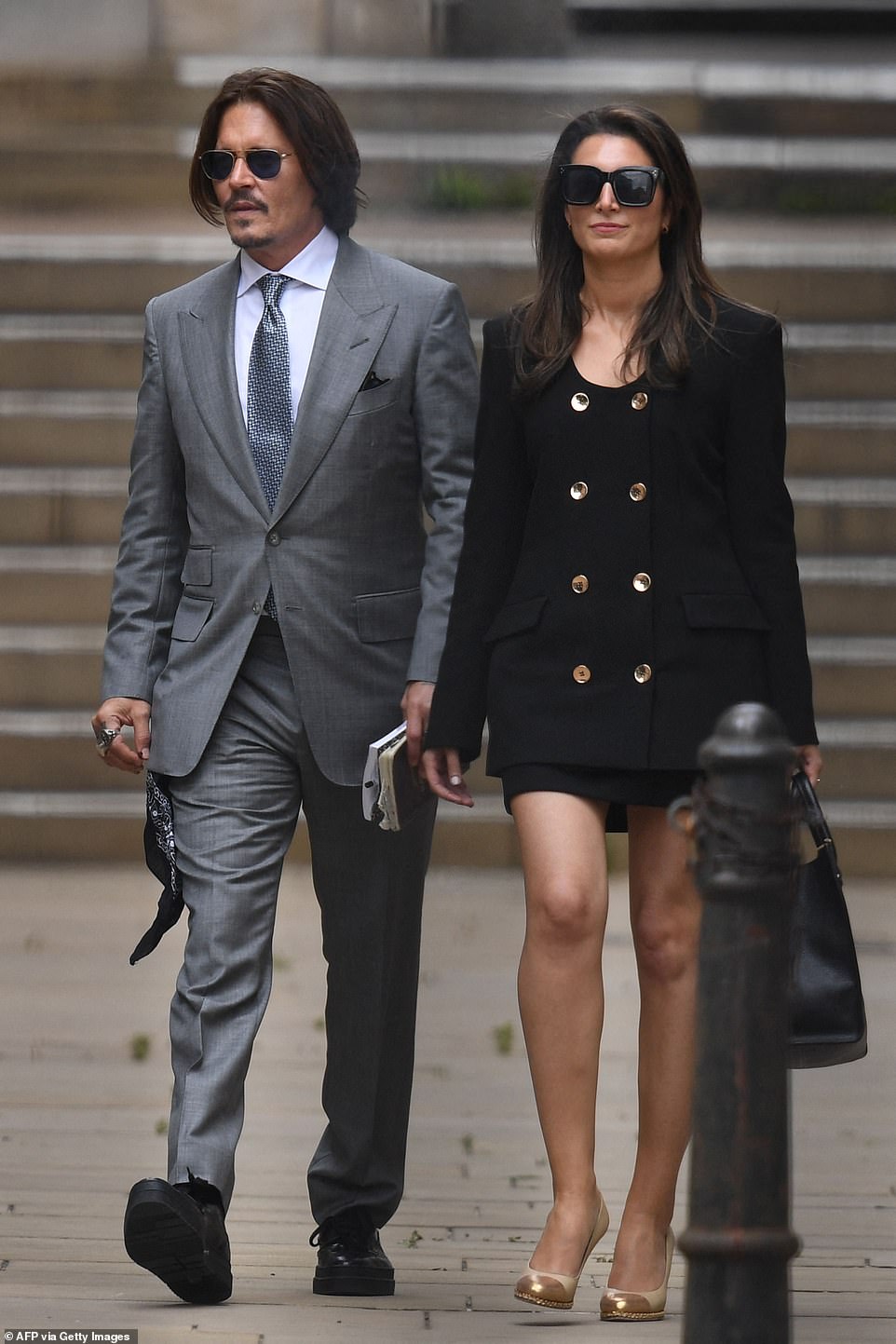 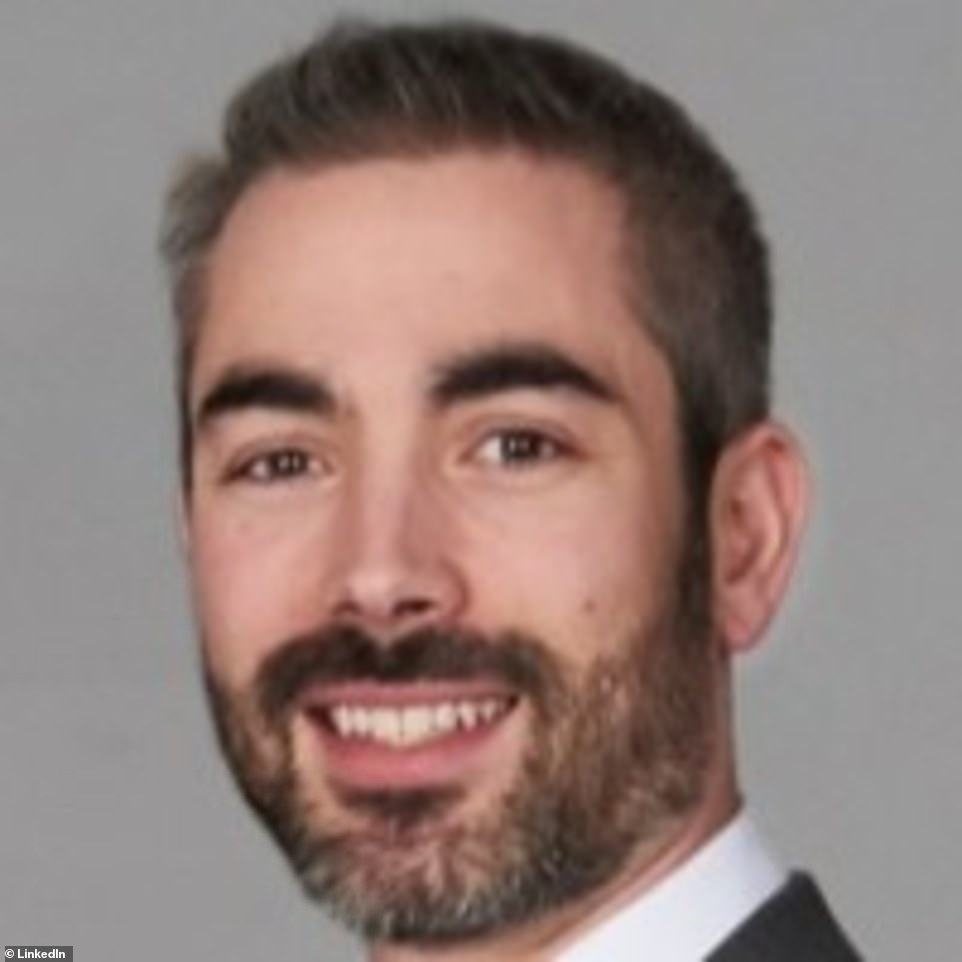 Rich, who is a partner at Schillings, which also represents Prince Harry and Meghan Markle, is reportedly going through a divorce from her husband, Jonathan (pictured), with whom she shares two children 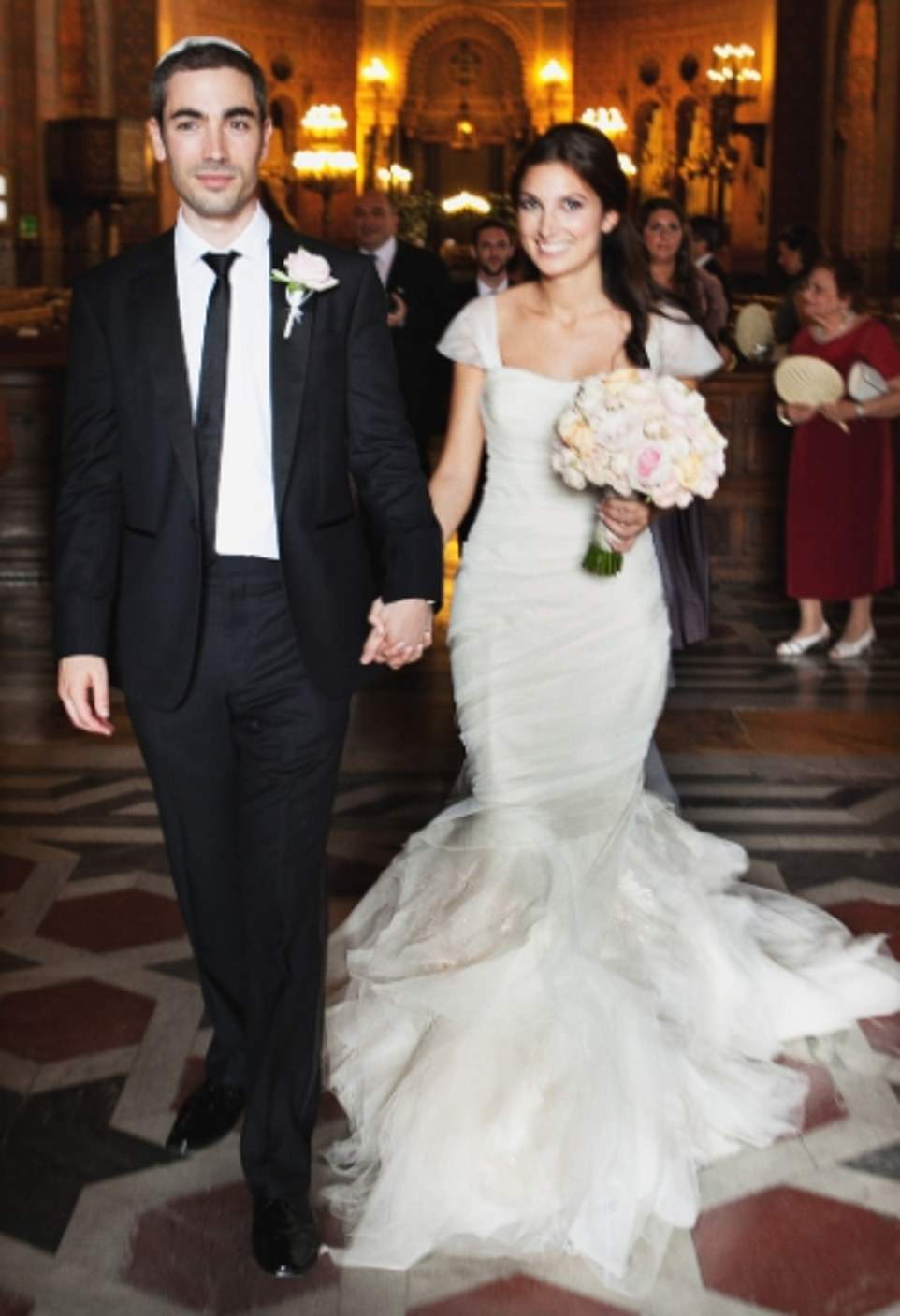 The verdict was slammed at the time by Depp’s lawyers who described it as ‘perverse’ and ‘bewildering’.

Ms Rich was not part of Depp’s legal team in his separate defamation battle against Ms Heard in the United States which he won earlier this year in Fairfax, Virginia.

But Us Weekly reported that Ms Rich was present in the Virginia courtroom to provide ‘support’ for Oscar-nominated Depp.

Ms Rich who was born Joelle Rashti is the daughter of wealthy property magnates and grew up in the leafy north London suburb of Mill Hill.

She attended the nearby North London Collegiate School, an independent day school for girls which has a number of famous ex-pupils including Esther Rantzen and Rachel Weisz.

Ms Rich went to Birmingham University in 2003, where she studied law and is thought to have met her future husband Jonathan Rich.

She took a further legal qualification in 2006 after graduating, before starting as a trainee solicitor – and then qualifying – with global legal giant DLA Piper in London where she focused on intellectual property, media, and sport litigation.

Ms Rich joined leading privacy and reputation management lawyers Schillings in 2011 around a month after she married her husband Jonathan at a wedding in Tuscany, Italy.

She was eventually promoted to partner of the law firm which represents the likes of the Duke and Duchess of Sussex and actress Emma Watson. It is believed that she earns more than £250,000 a year.

Ms Rich’s biography on the Schillings website says she ‘works to defend [clients’] reputations against false and defamatory allegations in print, online, and on social media.’

Her focus is said to be on guarding her clients’ ‘privacy from unwarranted intrusion and media attention’.

Ms Rich spoke out for Depp in March last year after he was denied permission to appeal.

She told Deadline at the time that she ‘seriously questioned’ the UK judge’s decision, adding that Depp was looking forward to ‘presenting the complete, irrefutable evidence of the truth in the U.S. libel case against Ms. Heard where she will have to provide full disclosure’.

Ms Rich’s husband trained as an accountant after graduating from Birmingham, working with global consultants PricewaterhouseCoopers before joining corporate finance group Bluebox where he is a director.

Ms Rich and her mother Ava Rashti took part in a feature for a bridal magazine shortly before her Tuscany wedding, partly held in a villa where the film Room With a View was filmed in 1985.

The Merchant Ivory romantic drama based on the EM Forster novel starred Helena Bonham Carter and Julian Sands as young lovers with a supporting cast including Dame Judi Dench and Dame Maggie Smith.

The picture spread in the magazine showed Ms Rich wearing a £10,000 Duchesse-satin wedding dress by Phillipa Lepley, a designer with a bridal store on Fulham Road, South Kensington, and assorted pieces of diamond and gold jewellery worth £20,000. 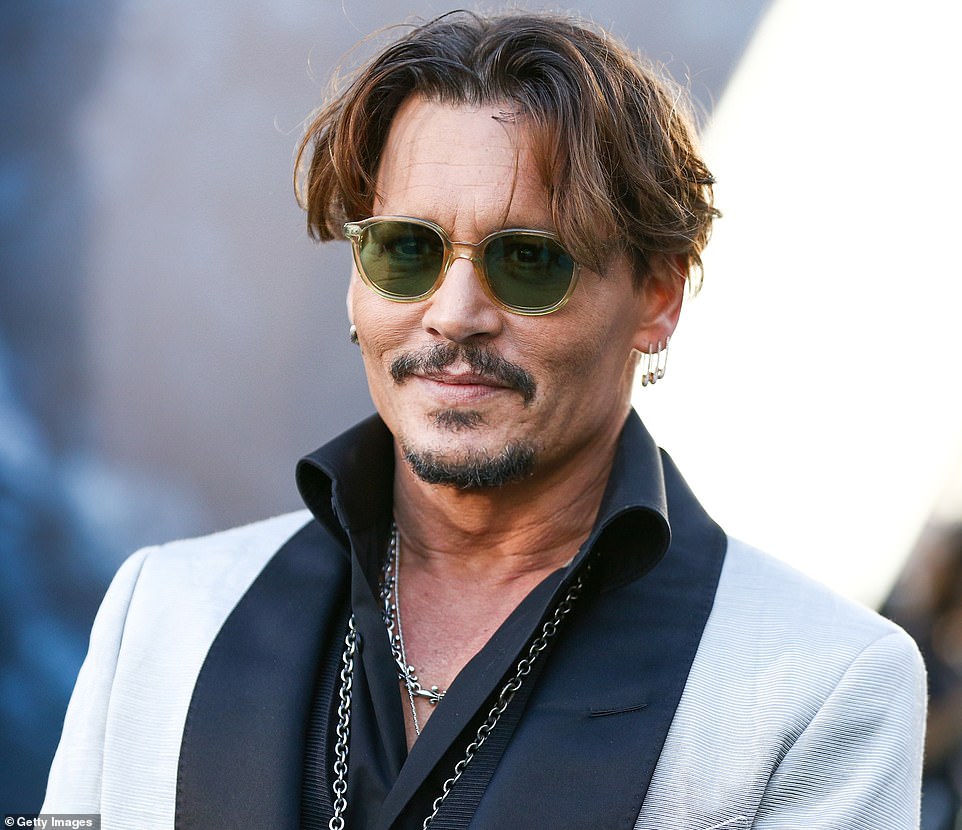 According to UsWeekly, Depp (seen in 2017) and Rich began their romance ‘discreetly’ with an insider claiming that they would meet up at hotels during the early days of their relationship 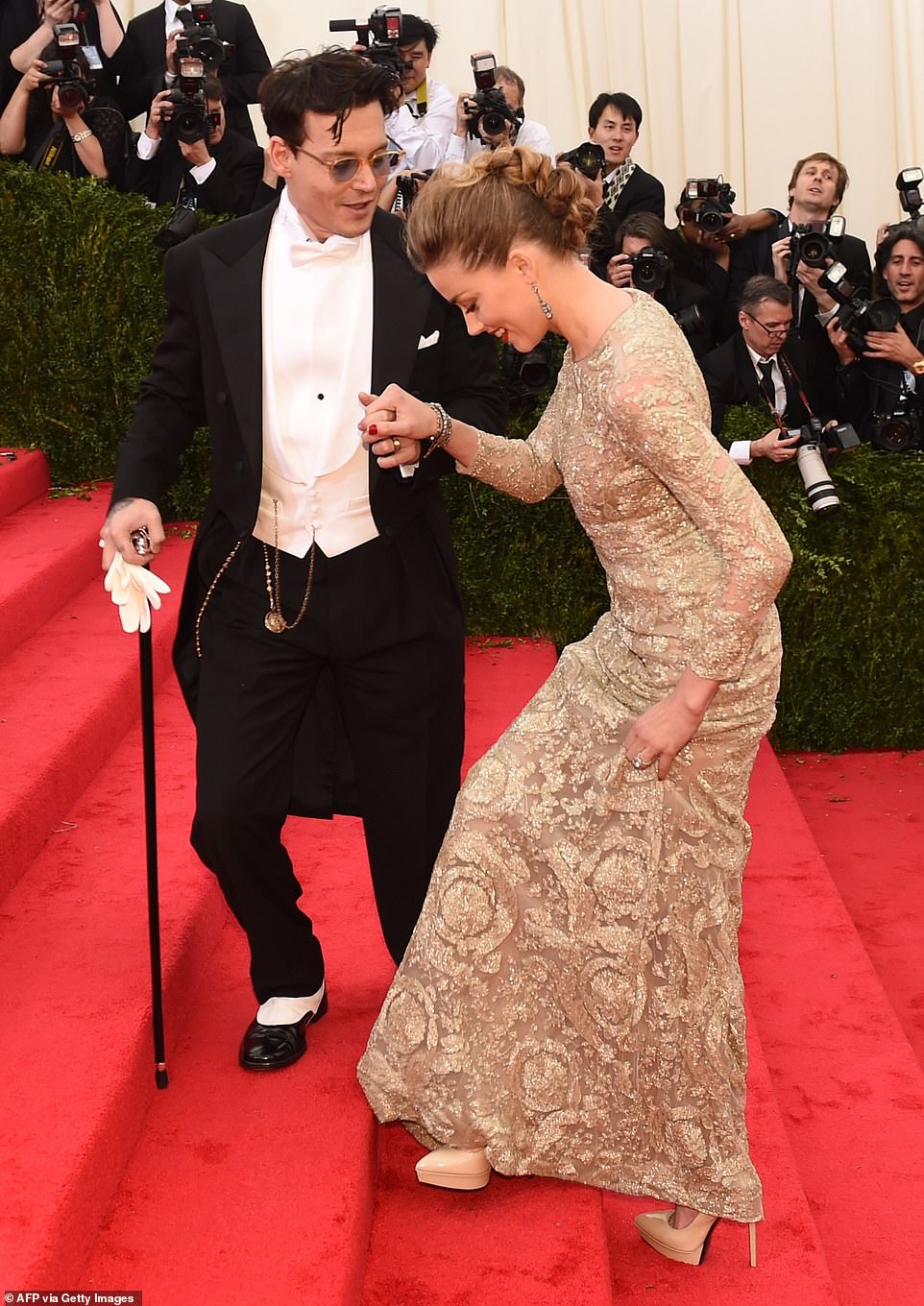 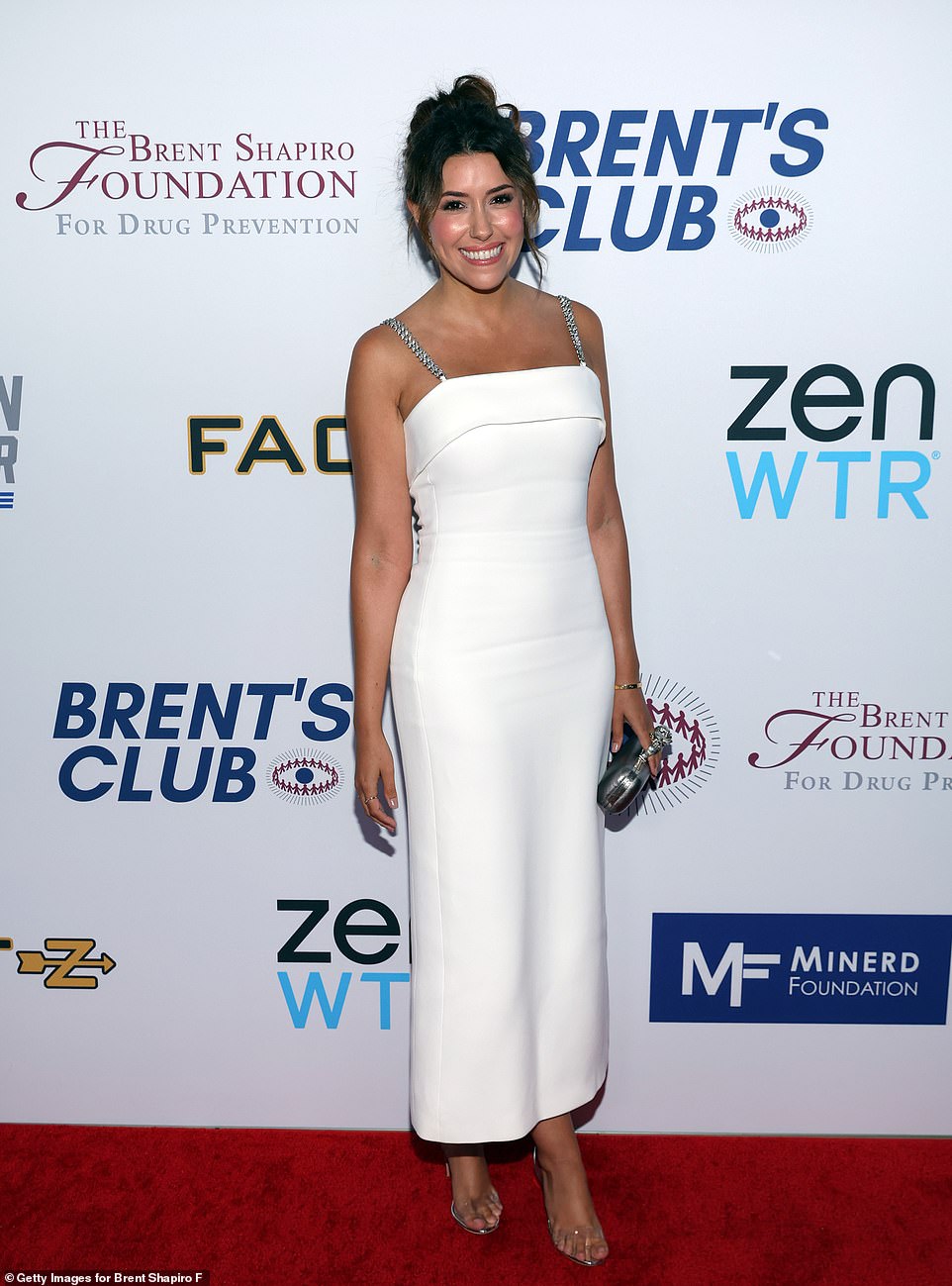 She is now a celebrity: Attorney Camille Vasquez was seen on September 10 in Beverly Hills

Ms Rich later told another magazine about the wedding, saying: ‘We wanted to get married abroad and decided on Florence as soon as we saw the synagogue.

‘Our venue was a beautiful Tuscan villa where A Room With A View was filmed.’

She went on: ‘It had a huge garden where we could fit the tables and a dance floor. This is important at Jewish weddings as guests like to dance during dinner!

‘The reception was a luxurious Italian banquet. We used gold tableware and furniture and a combination of flowers, herbs and fruit for the table displays. Candles were placed everywhere to ensure a romantic effect.

‘We had 290 guests. Each time I tried to thank them I started to cry and had to be dragged off the stage by my mother.’

Her advice to other brides was: ‘Focus on you and your groom – the reason you’re there in the first place.’

She and Jonathan, now 38, went on to live together in a property worth £1.7 million around the corner from the family home where she grew up.

It is unclear when their marriage soured but they are now understood to be living apart, although Ms Rich apparently continues to use her husband’s surname.

False rumours had swirled that Depp was in a relationship with another lawyer – 38-year-old Camille Vasquez – who was a part of his team during his defamation trial in Virginia.

Ms Vasquez denied all speculation about a romance with the star – and DailyMail.com later revealed that she was in fact in a relationship with Edward Owen, a British executive for the firm WeWork which rents out office space.

The graduate of Southwestern Law School in Los Angeles slammed the reports of a romance as ‘sexist’, telling People magazine in June: ‘It’s also an unethical charge being made.’

Ms Vasquez added: ‘It’s unfortunate and it’s disappointing, but at the same time it kind of comes with the territory. I can’t say I was all that surprised.’

Depp sued Ms Heard, 36, in Virginia over a 2018 op-ed she wrote for The Washington Post where she claimed to be a victim of domestic violence.

The jury ruled in his favour in June, and she was ordered to pay him $10.35 million in damages.

Ms Heard was also awarded $2 million in compensatory damages after the jury found that one of Depp’s lawyers had made a defamatory statement about her.

Depp claimed to have lost movie roles over Ms Heard’s accusations that he abused her during their ill-fated and brief marriage which lasted little more than a year.

But after he won the defamation case, he had a career resurgence. His return to popularity was cemented when he appeared at the 2022 MTV VMAs in a moon suit. 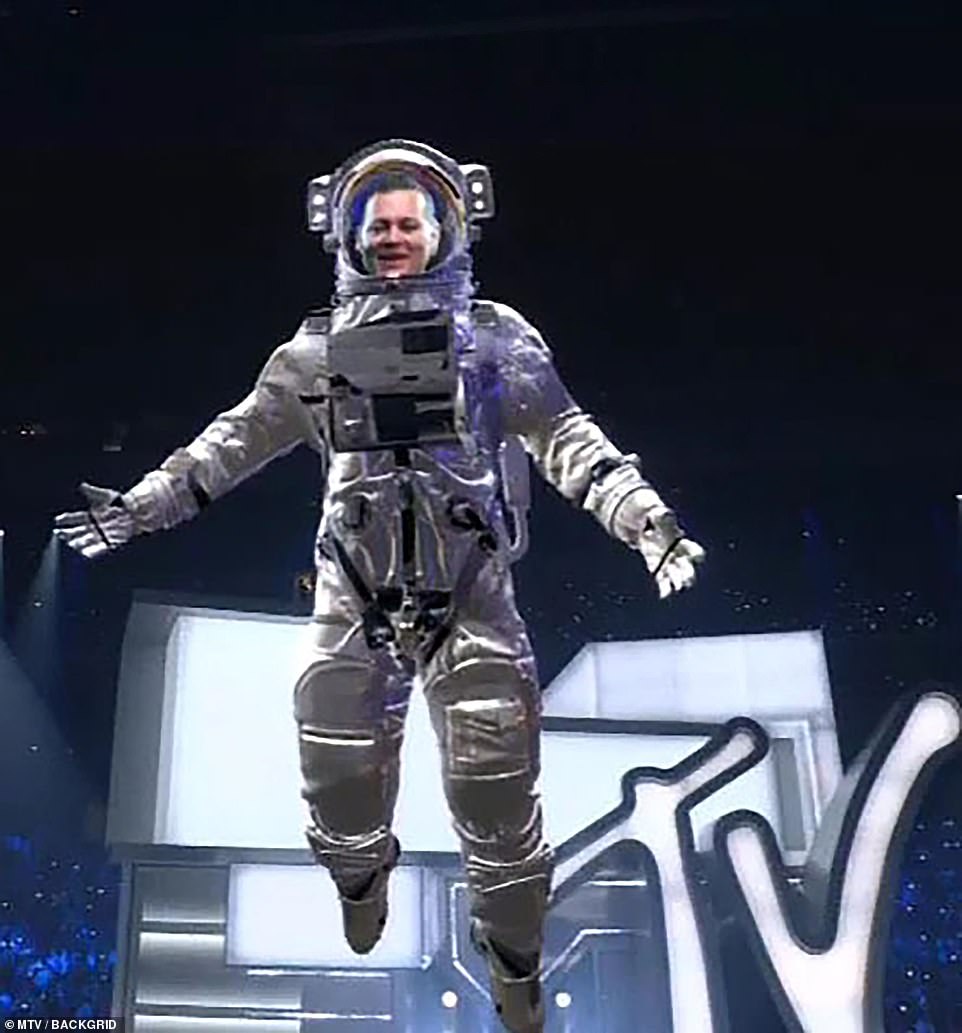 Moon man: Depp claimed to have lost movie roles after Heard’s accusations that he abused her. But after he won the defamation case, he had a career resurgence. His return to popularity was cemented when he appeared at the 2022 MTV VMAs in a moon suit