Johnny Depp has enjoyed an evening in the pub with a mystery female friend ahead of another week in the High Court and his ex-wife Amber Heard due to give evidence today.

The Pirates of the Caribbean star, 57, made a pit stop at The Alfred Tennyson, an upmarket gastro-pub in London’s Belgravia on Sunday.

Sporting a large Rastafarian-style hat and puffing on a hand-rolled cigarette, Depp was followed out of the venue by a smartly-dressed female companion.

It comes just hours before his ex-wife Heard, 34, will take to the witness box to counter claims that Depp made during his five days of evidence which wrapped up last week.

Depp is suing News Group Newspapers, the parent company of the Sun, for libel over a 2018 article which labelled him a ‘wife-beater.’

NGN is defending the article as true, and says Depp was ‘controlling and verbally and physically abusive towards Heard, particularly when he was under the influence of alcohol and/or drugs’.

During Depp’s 20 hours of evidence at the Royal Courts of Justice in London he claimed Heard severed the tip of his finger when she threw a large vodka bottle at him during one explosive row, and that either she or one of her friends had defecated in their shared bed as a prank.

He also accuses her of having affairs with co-stars and with Tesla chief Elon Musk, which Musk denies. 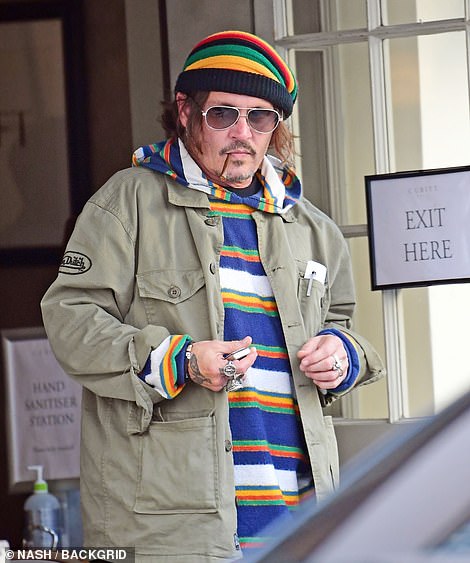 Depp, 57, made a pit stop at The Alfred Tennyson, an upmarket gastro-pub in London’s Belgravia where a Sunday roast lunch will set you back £25. Sporting a large Rastafarian-style hat and puffing on a hand-rolled cigarette, the Pirates of the Caribbean star was followed out of the venue by an unknown female companion

Depp’s Sunday roast at the pub marks a more subdued preparation for the week ahead after it emerged he’d spent the days before the High Court showdown by playing guitar with rock legend Jeff Beck. 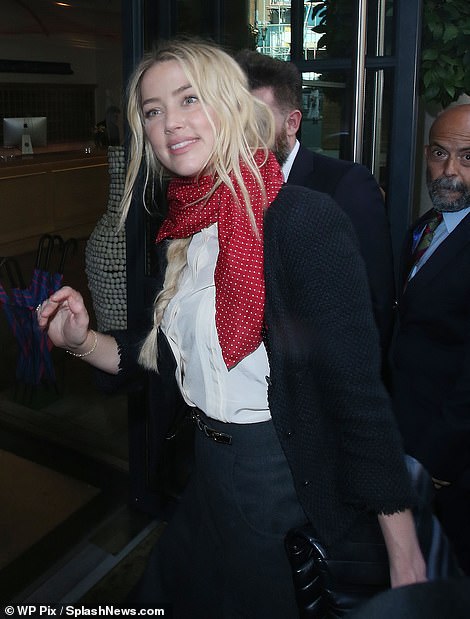 Heard, 34, will take to the witness box to counter claims that Depp made during his five days of evidence which wrapped up last week

The pair even released a cover version of John Lennon’s aptly titled ‘Isolation’ during ‘jamming’ sessions with Beck, 76, at his home in Sussex, the Sunday Mirror reported.

Heard is due to be called as the first defence witness on Monday and is expected to give evidence over three days.

Mr Justice Nicol is also expected to hear an application by NGN’s lawyers to call expert evidence about whether images purporting to show injuries to Heard have been ‘manipulated or edited’ in some way.

Last Monday, on the final day of his evidence, Depp said: ‘It seemed like everything [Heard] would accuse me of was something she had done to me.’

On Thursday, the court heard written statements from two of his former partners, Winona Ryder and Vanessa Paradis, who said he was never violent to them.

in statements provided in support of the actor’s libel claim against the publisher of The Sun.

The Hollywood star, 57, is suing News Group Newspapers (NGN) and the tabloid’s executive editor, Dan Wootton, over an April 2018 article which referred to him as a ‘wife beater’ and alleged that he had been violent and abusive towards his ex-wife, actress Amber Heard, 34, during their tempestuous relationship. 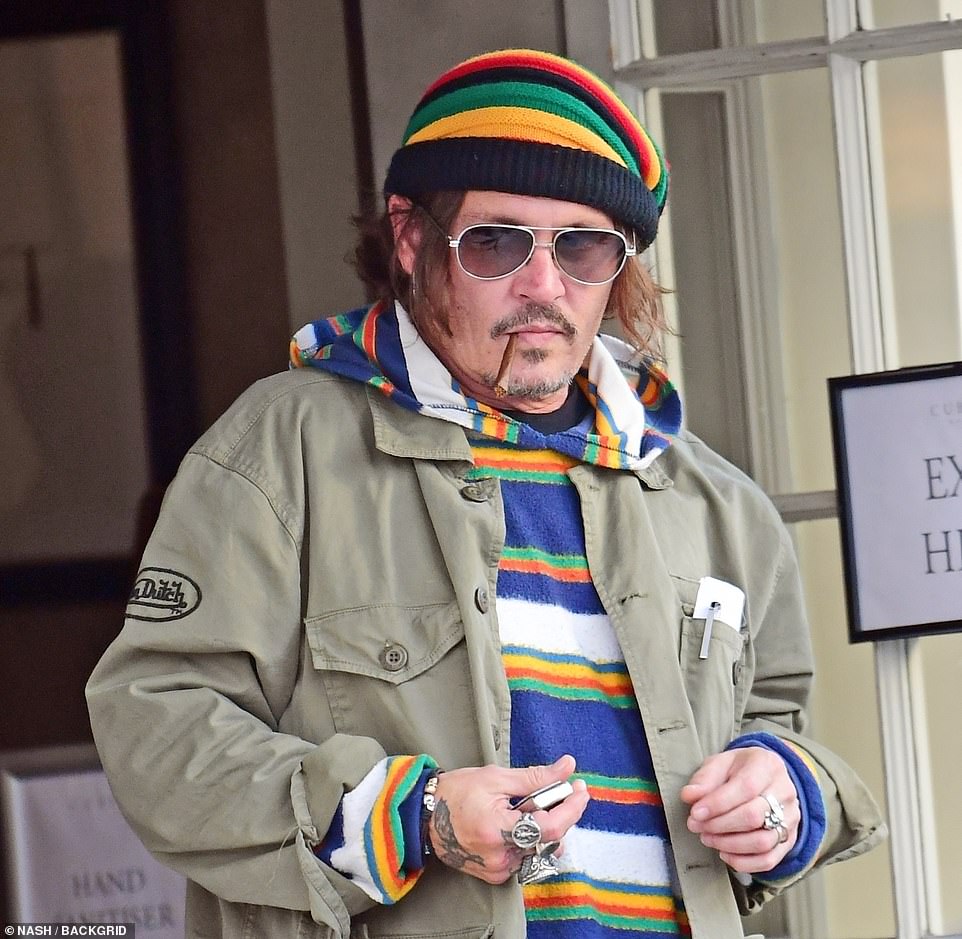 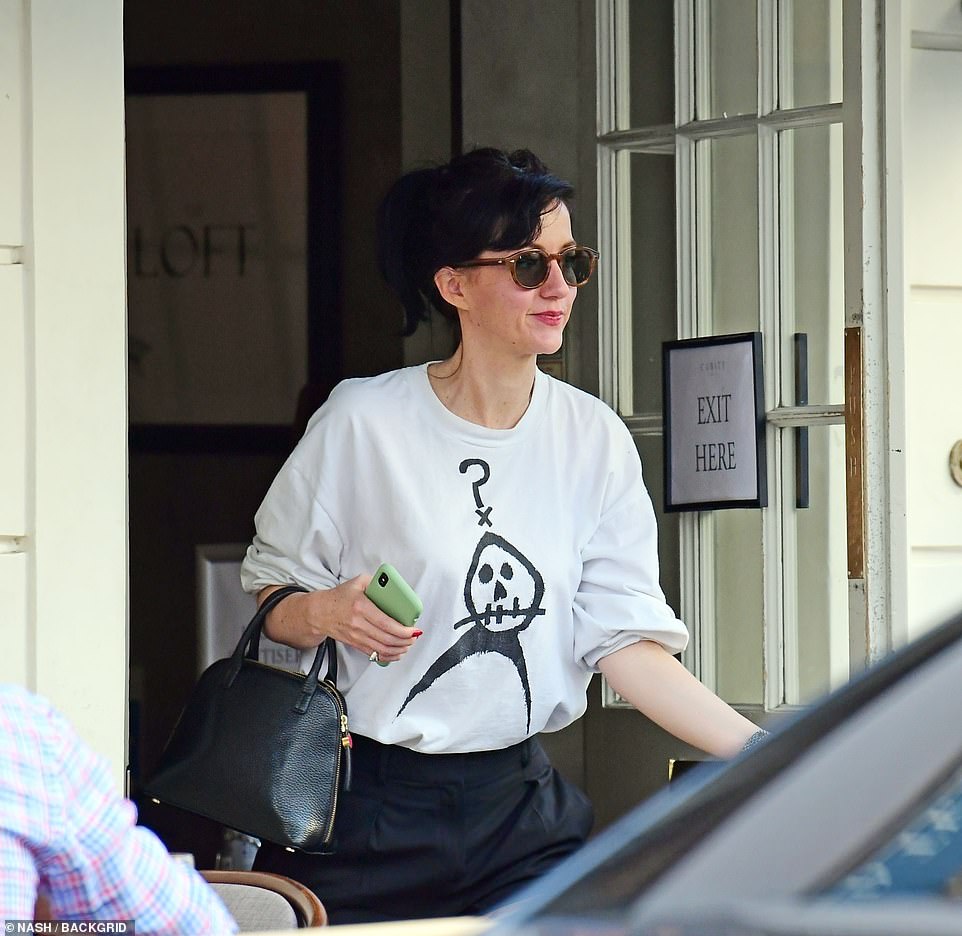 Depp was followed out of the venue by a mystery woman just hours before the High Court in London is to hear evidence from the actor’s ex-wife, Amber Heard 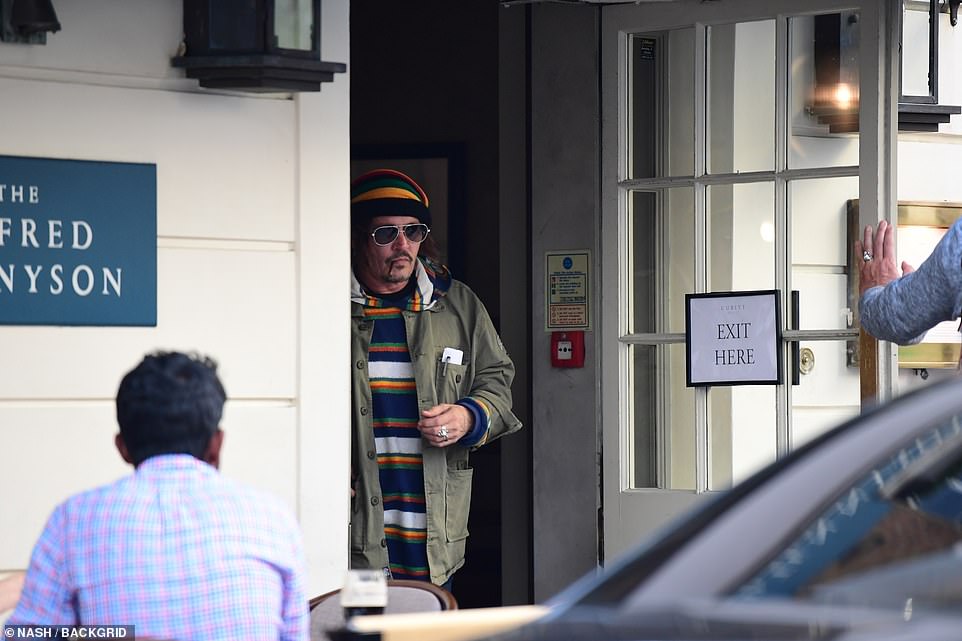 Depp leaving the pub on Sunday. He finished giving evidence at his libel trial last Monday after some 20 hours in the witness box 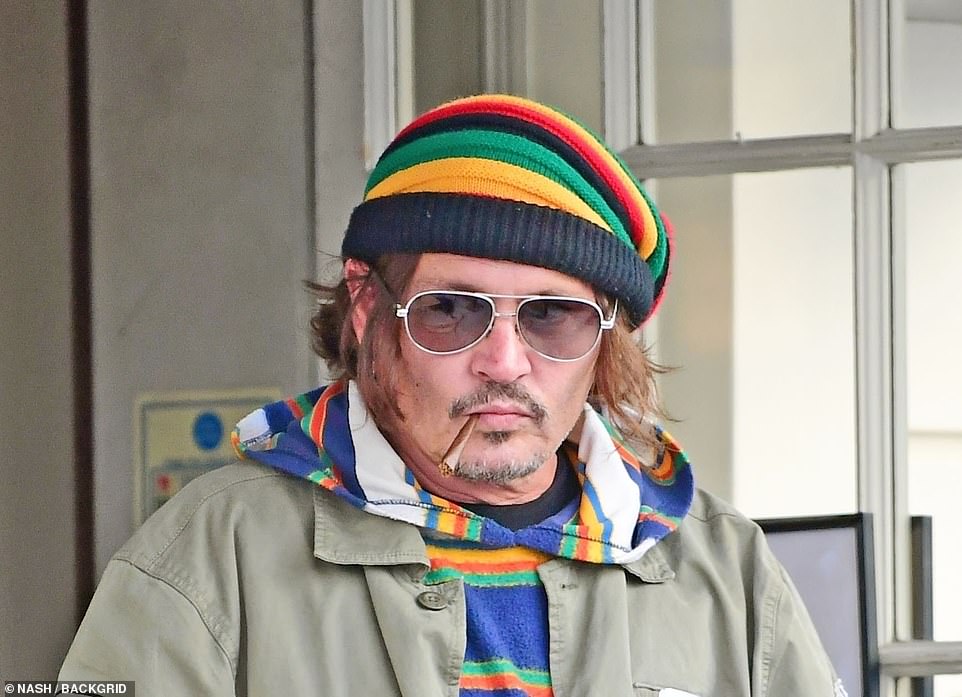 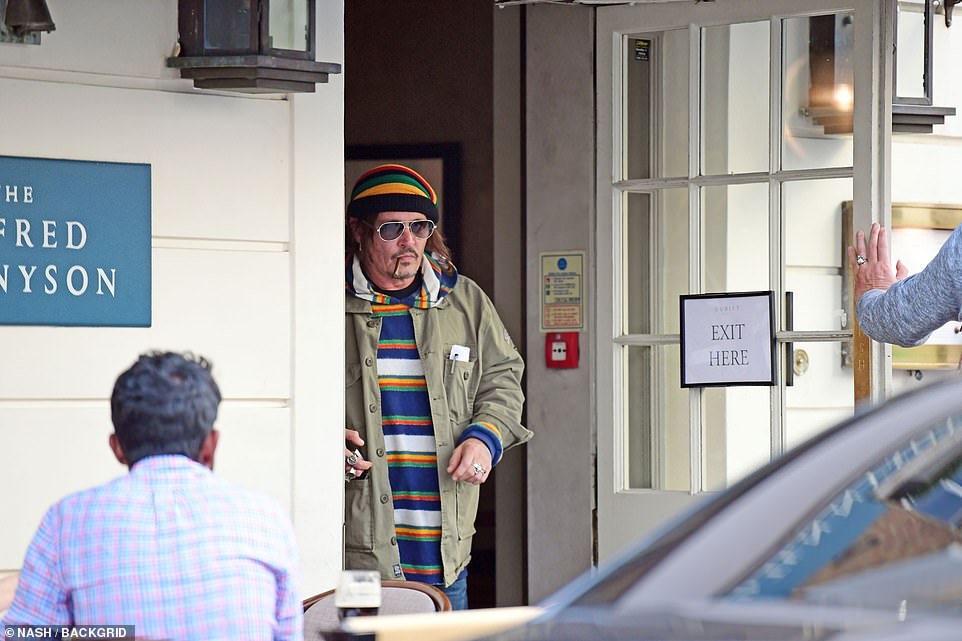 Depp in Belgravia, London on Sunday. Depp is suing News Group Newspapers, the parent company of the Sun, for libel over a 2018 article which labelled him a ‘wife-beater.’ 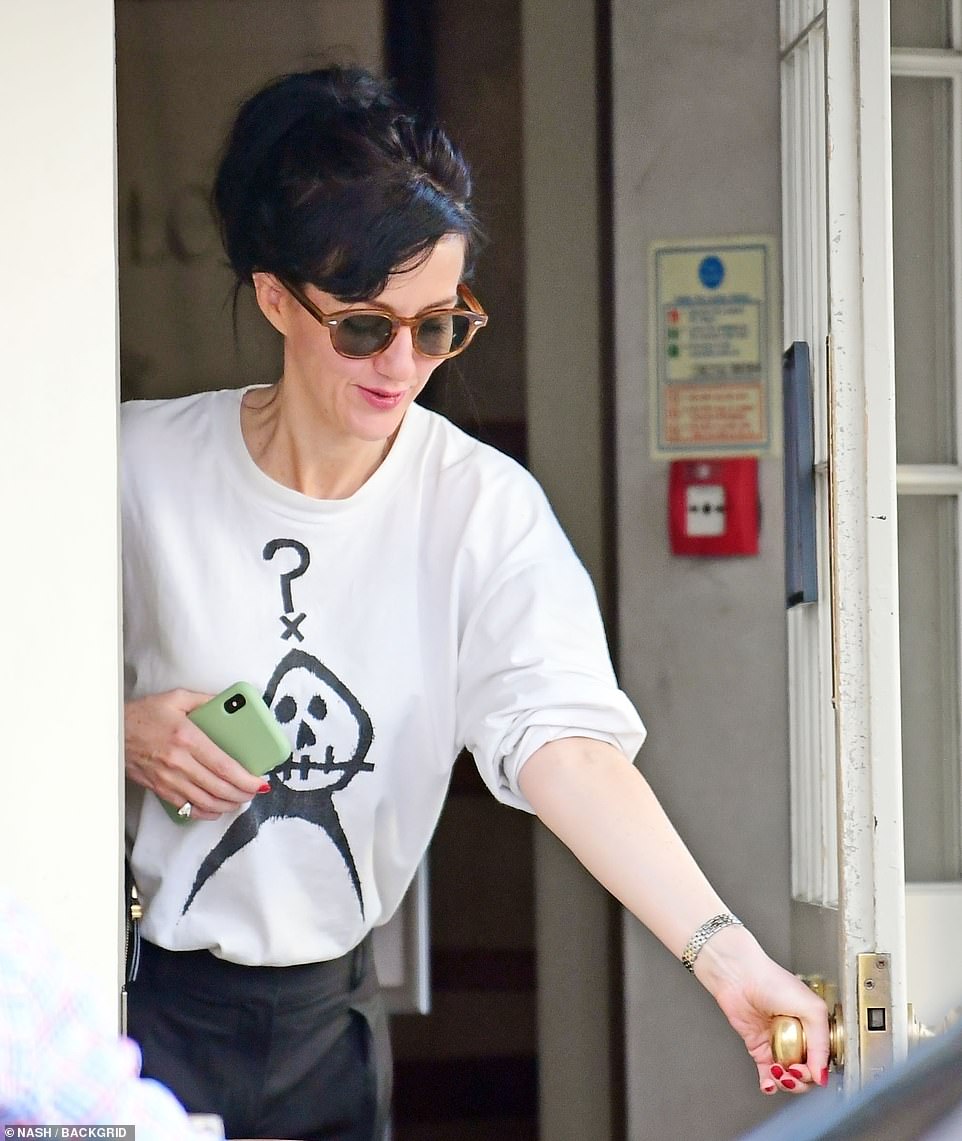 Ms Paradis’ and Ms Ryder’s statements were released on Thursday, the eighth day of the trial, which is being heard by a judge at the High Court in London.

Ms Paradis, 47, with whom the actor has two children, said: ‘I have known Johnny for more than 25 years. We’ve been partners for 14 years and we raised our two children together.

‘Through all these years I’ve known Johnny to be a kind, attentive, generous and non-violent person and father.’

Ms Paradis’ statement continued: ‘I am aware of the allegations which Amber Heard has publicly accused Johnny of for more than four years now.

‘This is nothing like the true Johnny I have known, and, from my personal experience of many years, I can say he was never violent or abusive to me.’

Ms Ryder, 48, who was engaged to Mr Depp in the 1990s, said in her statement: ‘I knew Johnny very well years ago. We were together as a couple for four years, and I counted him as my best friend, and as close to me as family.

‘I understand that it is very important that I speak from my own experience, as I obviously was not there during his marriage to Amber, but, from my experience, which was so wildly different, I was absolutely shocked, confused and upset when I heard the accusations against him.’ 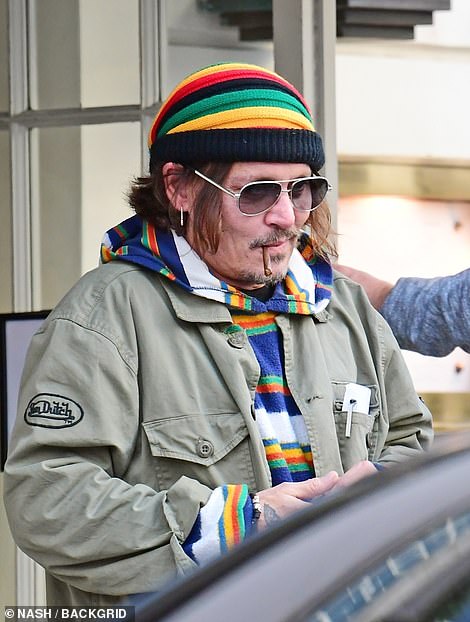 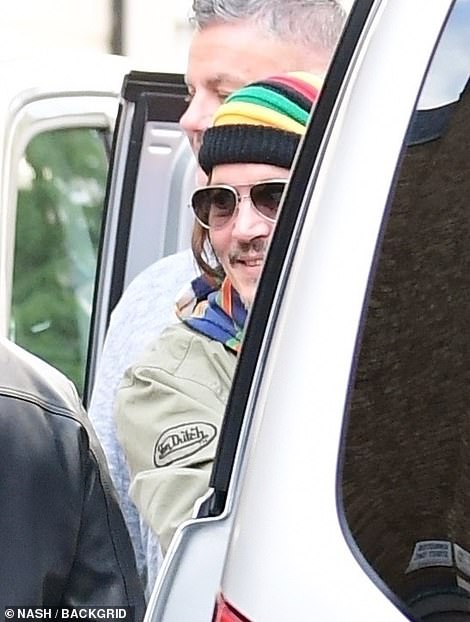 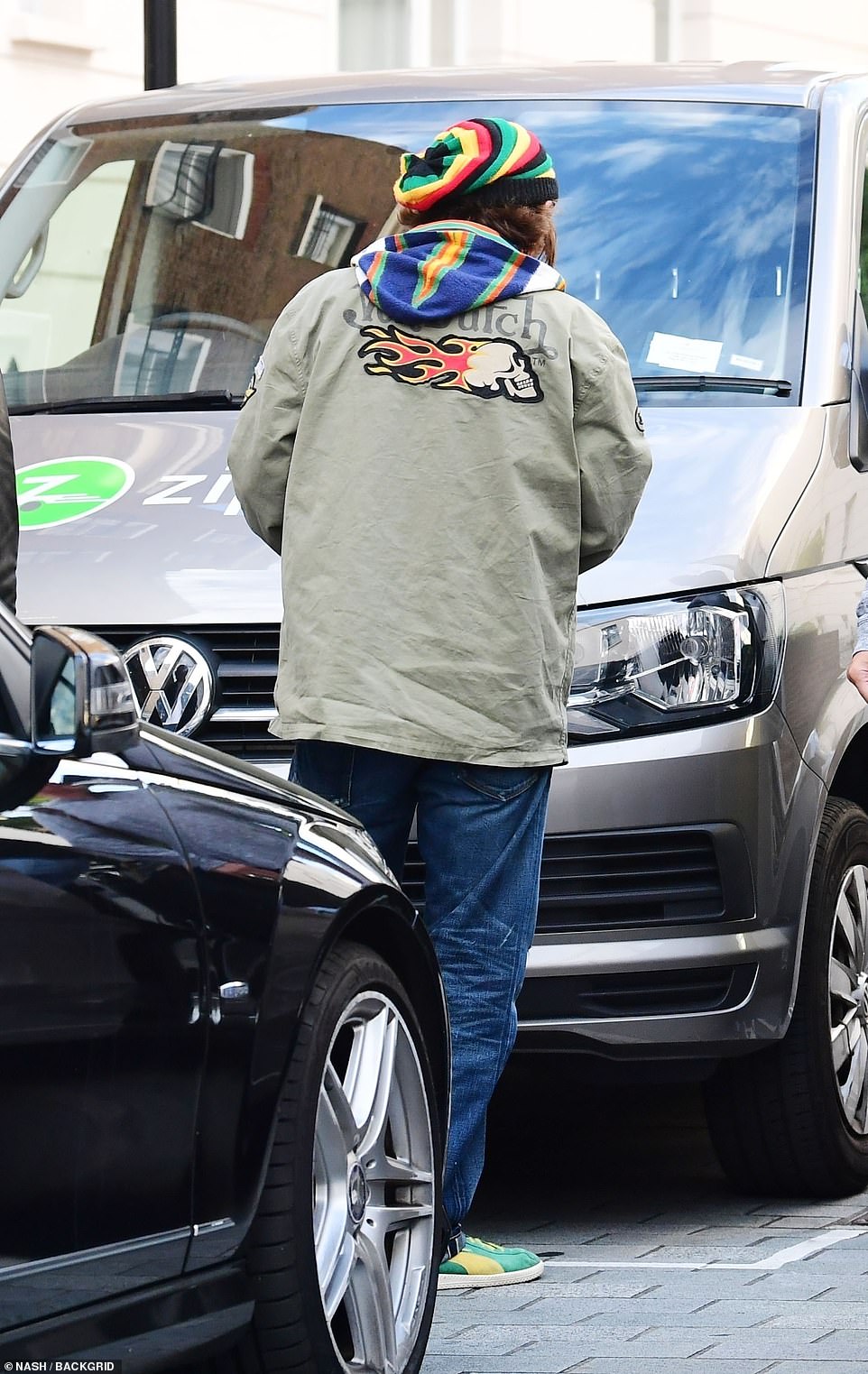 On Friday, the ninth day of the trial, the court heard from a long-standing friend of Depp that Heard had made her allegations to ‘extort and blackmail him.’

Isaac Baruch, an artist who has known the Hollywood star for 40 years, said Mr Depp told him that Heard ‘likes to argue and likes to hit’ and said: ‘I’m not gonna hit her, I love her.’

Giving evidence by video-link from the US, Mr Baruch said he saw Ms Heard’s face and did not see ‘a single mark’ on May 22 2016, the day after Depp allegedly threw his ex-wife’s mobile phone at her and hit her in the face.

Mr Baruch – who lived rent-free in one of five penthouses in the Eastern Columbia Building in Los Angeles owned by Mr Depp – described the Hollywood star as an ‘ubermensch’ and ‘an ultimate good guy’. 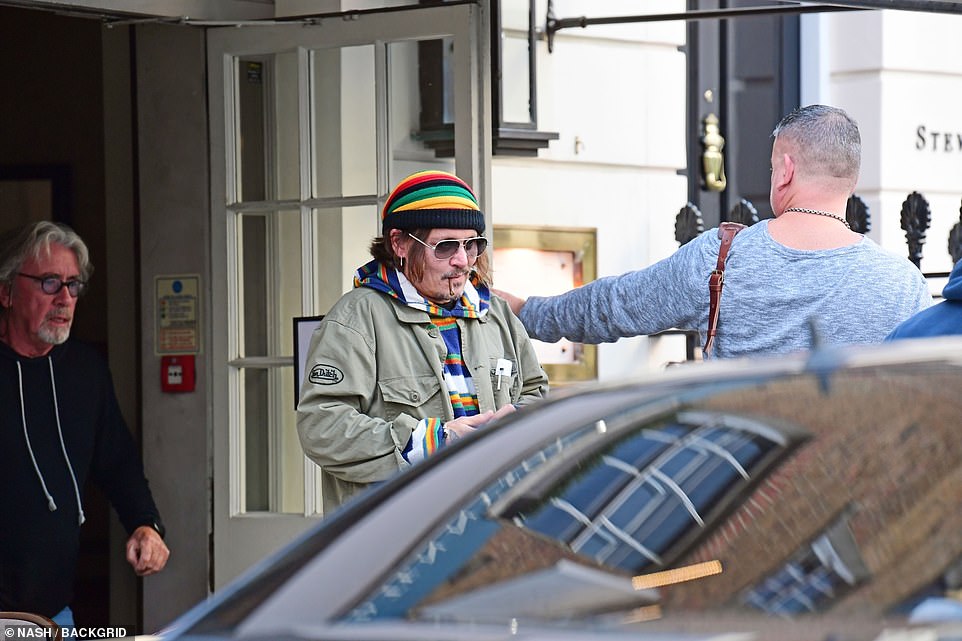 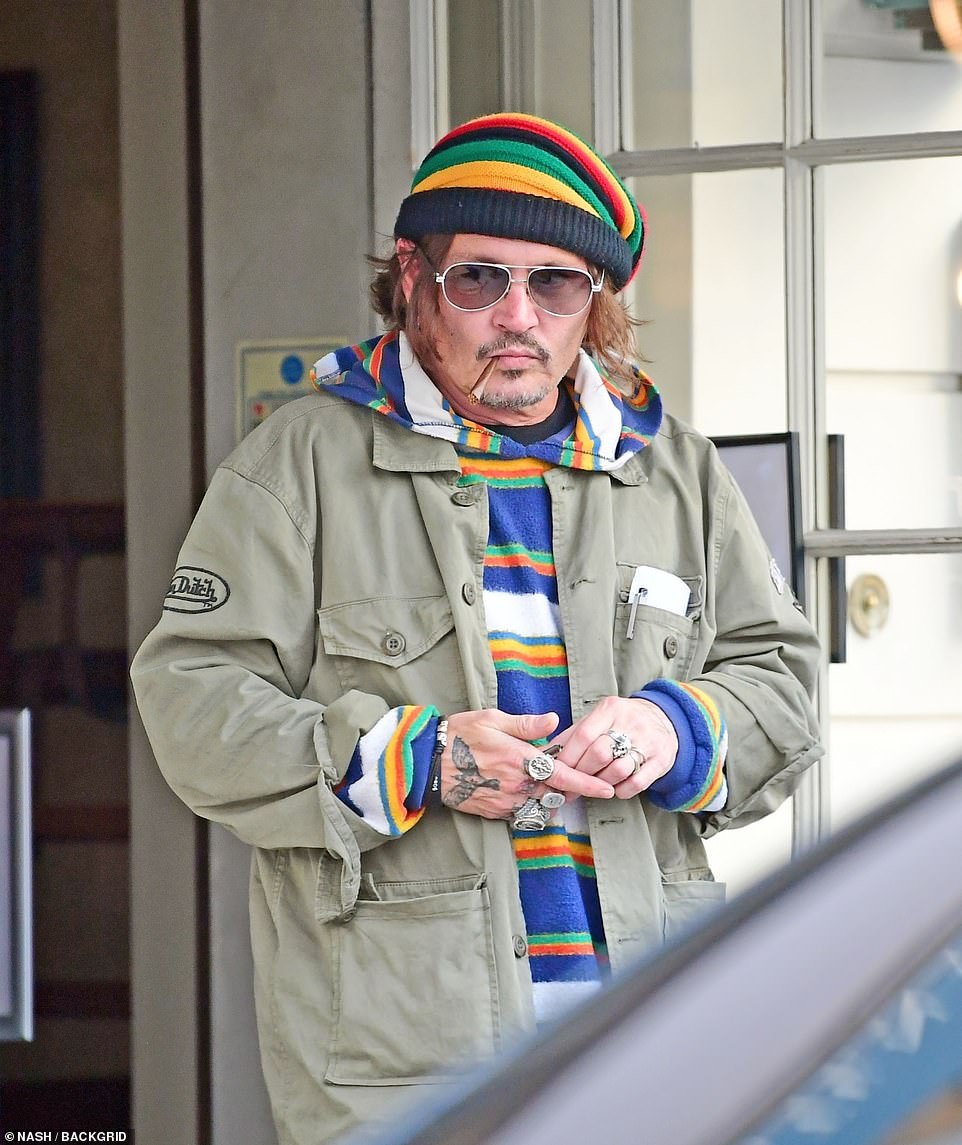 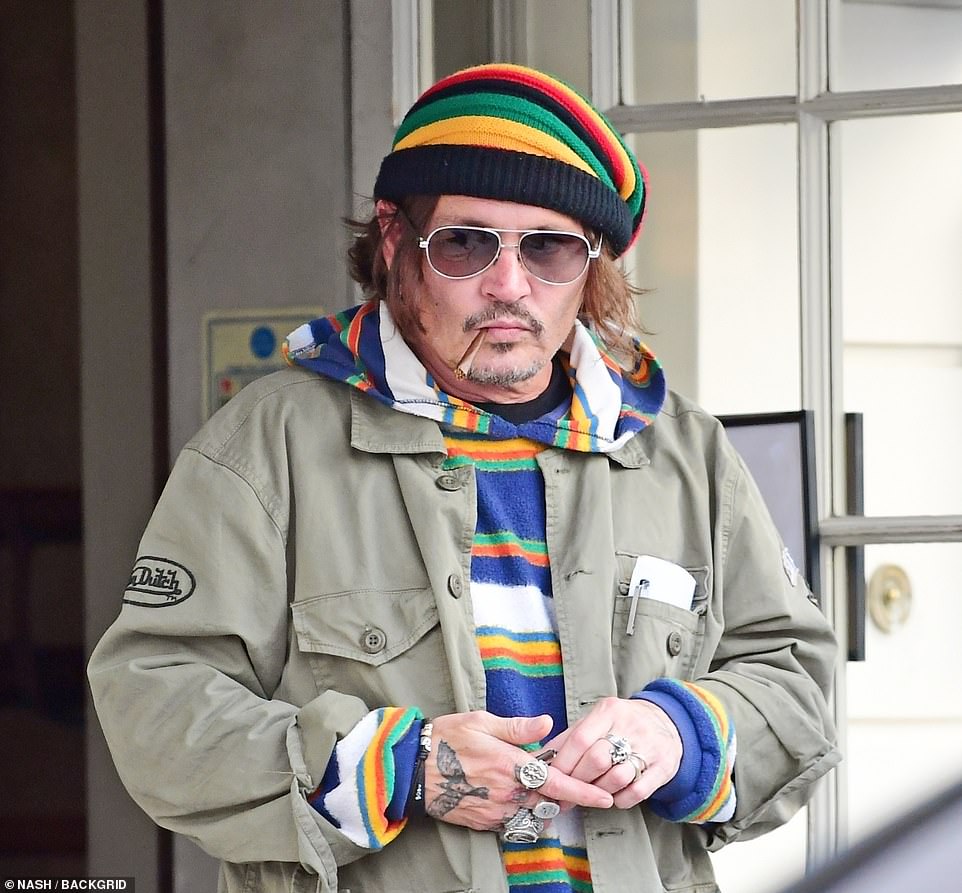 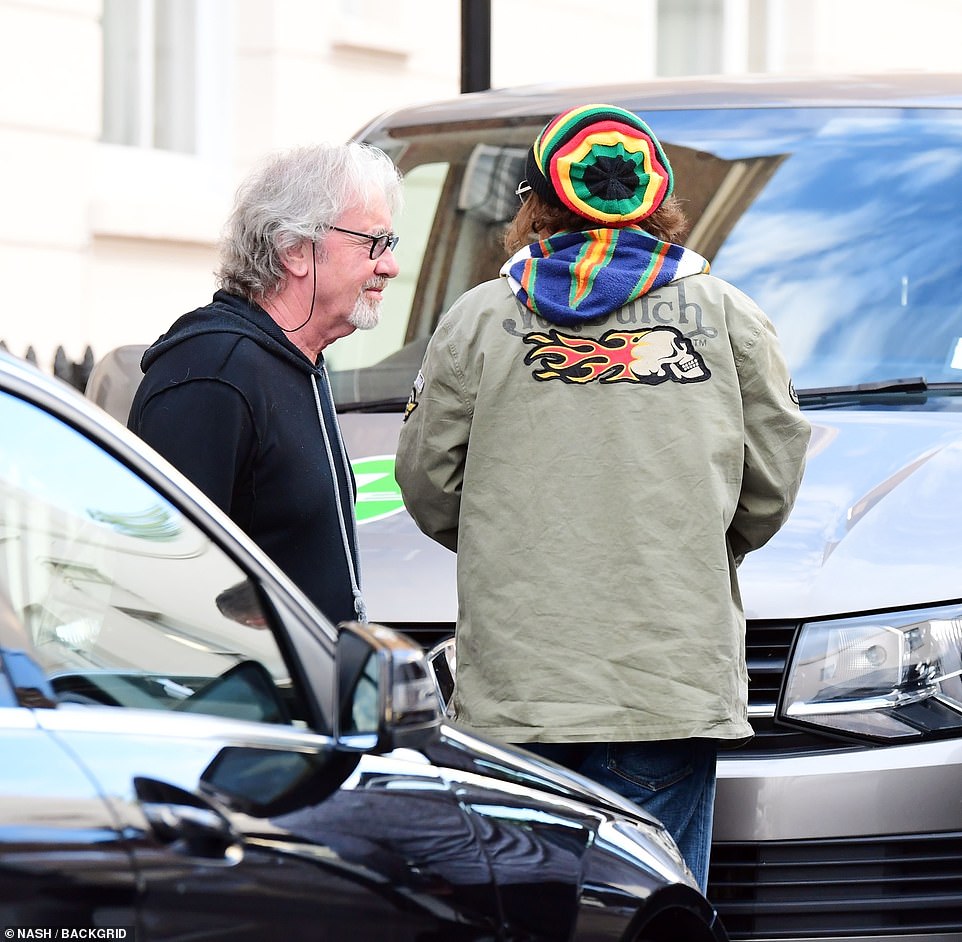 He also told the court that Depp called Heard a ‘c***’ in a text to him ‘because she filed for a fraudulent domestic violence claim to push her hand and extort and blackmail him’.

In his evidence, Travis McGivern – a member of Mr Depp’s security team – said the Aquaman actress spat at, punched and threw a can of Red Bull at the actor during a heated row in March 2015.

The court heard from actress and #MeToo activist Katherine Kendall, who claims she was ‘completely misquoted and misused by The Sun’, and Alejandro Romero, a concierge at the Eastern Columbia Building, who claims Elon Musk regularly visited Heard late at night.